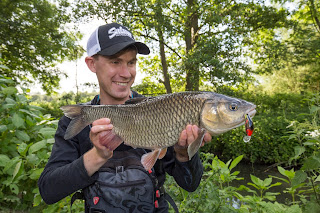 It’s been a while since I last wrote a blog post, and as I’ve mixed up my fishing quite a bit since the end of last season, I’ve decided to focus each post going forward on a specific type of fishing, rather than an overview of everything. Hopefully it’ll make it less complicated and easier to read!

I can’t think of a more exciting coarse fish to target on lures at the start of the river season than chub, especially on crankbaits. There’s something about swimming a crankbait in front of them that they just find irresistible! Their diet is amongst the widest ranging of any freshwater fish in the UK, consisting of minnows, frogs, crayfish and various aquatic insects, so anything that looks like food that drifts in front of them will normally end up in their big rubber lips! 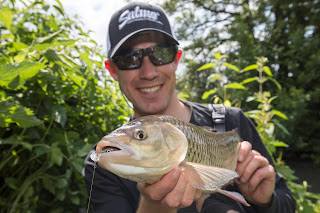 Tracking them down early in the season can be quite a mission, sometimes having to fight your way through thick vegetation to reach fishy looking spots. Much of the bankside can be covered by dense stinging nettles, so long sleeved shirts, overtrousers or jeans are a must to avoid getting stung up! If you're prepared to smash your way through the vegetation though, you can find yourself with some untapped fishing. 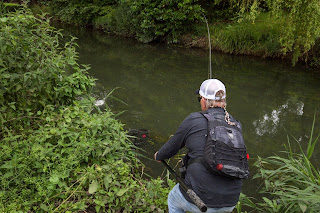 Just as important as being covered up is to make sure you wear polarised sunglasses, to cut the glare when looking in to the water. If it looks like it's going to be overcast or I'm fishing in the evening, I'll wear yellow lenses, which make it easier to spot fish in low light levels. For brighter days, amber or green lenses are better suited. I usually put sunscreen on before I start fishing, and take plenty of water to keep hydrated, as you can sweat like crazy when walking miles in the heat!

Because the fish haven’t been targeted for at least three months, it doesn’t mean to say that they aren’t wary, so you have to be super stealthy when approaching the river, trying not to spook the fish when you make a cast. Over the past couple of seasons, I've been using an 8ft rod instead of a 7ft rod - I find the extra length helps when fishing over bankside vegetation, and also helps control a lure easier as it swims across the river. 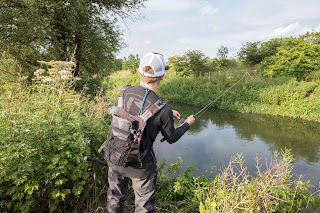 This season, on a couple of the rivers we fish, we’ve noticed an increase in the number of otters and mink. They’re fantastic creatures, but on small rivers, they can affect fish stocks, and we’ve noticed a decline in the number of chub and barbel we’re spotting compared to previous seasons. Despite there being fewer chub to target, Dad and I have still managed to catch a few on a variety of different lures. By far the most productive lures have been shallow diving crankbaits, such as the Salmo Rattlin’ Hornet Shallow, Executor, Hornet and Butcher. They’re great choices for when the chub aren’t quite up for taking a surface lure, and when cast downstream and retrieved, can be swum underneath overhanging trees and bushes, which can often be the hideout of a hungry chub. 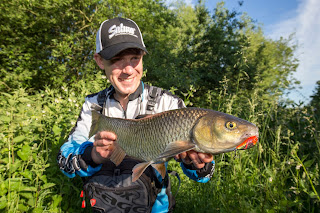 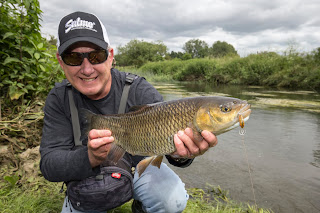 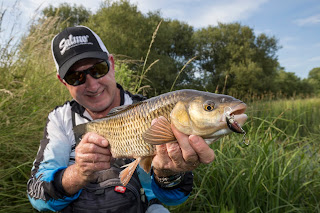 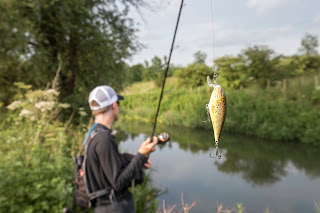 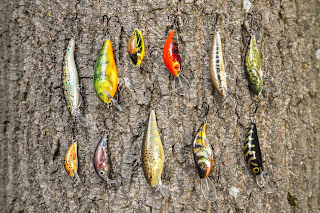 Chub willingly take mayflies when they’re hatching, and I’ve watched them in the past during previous closed seasons gorging themselves on them, but the hatch is normally just about over once June 16th arrives. Because we had such a cool spring through, the mayfly hatch this year continued in to early July on a couple of the rivers we fish. Surface lures were effective on these days, and the Salmo Lil’Bug in May Bug and Green Bug produced some nice chub. 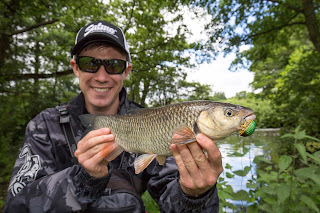 When it comes to colour choice, we normally like to use natural colours in clear water. When the rivers are a bit coloured after a heavy downpour though, or when fishing in low light conditions (such as early in the morning or at dusk) we prefer to choose a brighter colour such as fire tiger. A dark colour, like Black Tiger in the Hornet range, can also be effective, as it has a silhouette when fish are looking up. 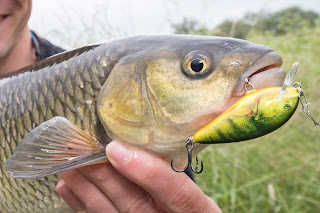 Although my favourite types of lures to target chub with in the summertime are hard baits, there are certain situations where it’s hard to beat a creature bait rigged Texas style, on either a cheb rig or offset jighead. They’re great for dropping in to gaps in the weedbeds, or when casting to structure, as they sink faster and catch less weed than a crankbait. 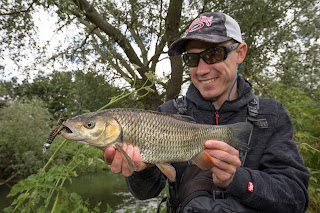 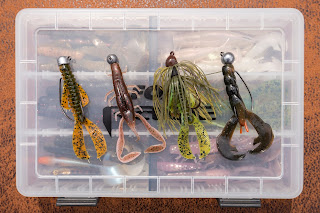 Whilst targeting chub with creature baits such as the Strike King Baby Rage Craw and Ned Bug, we’ve also caught some nice perch, pike and trout. One of the perch was almost golden in colour, and it reminded us of yellow perch, which we caught in Canada a few years ago! 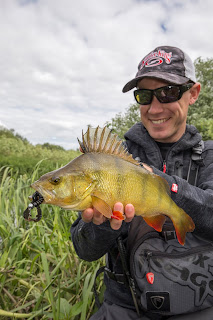 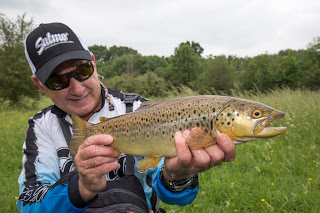 Creature baits and curltails can resemble small aquatic insects and crustaceans that crawl along the bottom of the river, and can work well for species you wouldn’t normally associate with lure fishing. On a recent trip, I spotted a nice mirror carp in the margins that I think may have been around 15lb. Dad and I have caught quite a few carp on creature baits and curltails over the years, so I decided to try for this fish with a tiny curltail, a Fox Rage Micro Grub, rigged on a 3g size 4 jighead. I let the lure fall to the bottom a few inches in front of the fish, and watched it hoover the soft bait up! Sadly, after a short but feisty battle I lost the fish, as it tore in to a weed bed, and when I checked the hook, it had been straightened.

It’s now been almost a couple of weeks since I’ve been on a riverbank, as I’m currently in self isolation after testing positive for covid last week. Thankfully my symptoms have been mild, and I’m looking forward to getting back out and targeting chub on lures once I’m all clear. Please take extra care though, as I’ve been wearing masks, distancing, and sanitising, but it just goes to show how easily the virus can spread. Stay safe everyone. 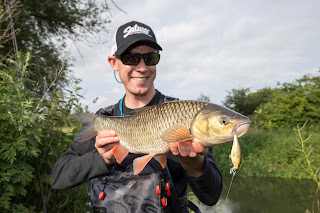