Hooray! The summer holidays have finally arrived! It's now time for my Dad and I to get down to some serious fishing! Our first couple of trips this week have been based in the Cambridgeshire fens, fishing the drains in the hope of some good Rudd, Bream, Tench, and other silverfish sport.

Most of the fishing we’ve done has been a combination of float fishing and leger fishing, with a variety of different baits - maggots, bread, worms, pellet, paste, boilies - we’ve just been chopping and changing. Our main target has been a 2lb+ Rudd, which we’ve caught to nearly 3lb in this area in the past. So far, our first couple of trips have brought us a right mixture of species - Roach, Rudd, Bream, Perch, some nice Silver Bream, Bleak, Carp, Tench, Gudgeon, even small Bitterling, and my Dad caught a Ruffe! 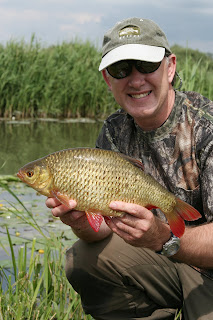 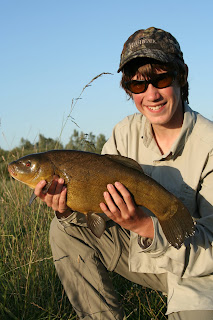 Our biggest Rudd in the last week has only been about a pound, but unfortunately I lost one yesterday that I saw, which could have nudged 2lb. Still, I had a nice Tench of 5lb 8oz that fought like mad on my float rod, plus a good Bream of 5lb 4oz too. By far the biggest fish we’ve caught so far is a 20lb 13oz Mirror Carp I caught yesterday. It took me all over the small drain we fished - in the lillies, through the reeds, up, down, round the other rod - it took me about 10 minutes to land, bear in mind this drain is only about 4 or 5 metres wide! My Dad had gone to help some boys that had trouble landing a Pike, as it had snagged in the reeds, but not wanting to disturb his rods, he asked me to reel in my float rod and watch over his bite alarms. I had to literally dive through the reeds to net it - it only just fitted in! The rig, designed for Rudd, with a small size 12 hook had been totally straightened out. I was very lucky to land it! However, soon after it graced the net, my Dad returned to see what should have been his fish in MY net. After weighing the fish, we then took some pictures, and returned it safely back. 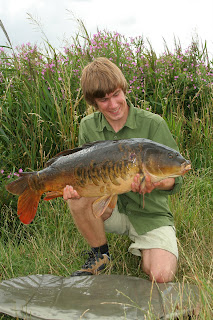 Later on, whilst float fishing, I felt something crawling up my trouser leg, which I thought was an insect. Instead it turned out to be a small Lizard! 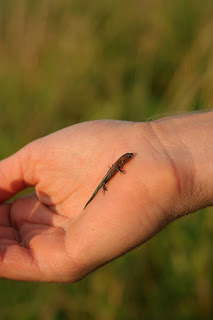 As I mentioned before, we’ve had some good Tench, Bream and Rudd from here in the past. As you can imagine, there are so many small fish here, it’s a haven for some nice Pike, Perch and Zander, which we sometimes fly fish for in the winter. Pike to 16lb, Perch to 3lb 4oz, and Zander to nearly 10lb have fallen for our flies when we target them in the colder months.

So far, we’ve had a pretty good start up in the Fens, but it would be nice if we could catch another really big Rudd some day soon. We’re planning to return in the next few days, so hopefully we’ll be in for some more good sport, and a shot at that lunker Rudd!
Posted by Sam Edmonds Fishing Blog at 08:21 1 comment:

Back on the Thames last weekend 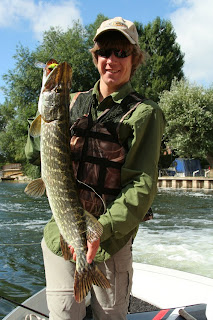 What with practising for the EYFA National Finals, we had missed out on those magical first few days of the river season. The last time we visited the Thames was back in March, on the last day of the season, and we fished it only a couple of times during last winter’s ‘big freeze’, so we were pleased to be going back.

We had also been worrying what condition our 12ft Sea Nymph Boat would be in since we last saw it in March, or whether it would still be there(!) Thankfully it was, and after a quick clean, we loaded the boat with our lure gear and headed off to our first spot.

It was going to be a relaxing day’s fishing as my Mum had tagged along with us to watch and we planned to stop off at a pub along the river for some lunch, so fishing wasn’t going to be taken so seriously. YEAH RIGHT!!

We arrived a bit later than we normally would, and we had missed out on the first couple of hours of daylight, sometimes being the best time for fishing so we’d just have to give it our best shot. The river looked great, but it was well down and, putting my hand in the river, the water felt very warm, so we anticipated it could be a difficult day. The spots we’d chosen to try first normally produce some action pretty quickly but, after an hour or so, nothing was happening. My Dad did eventually hook into a Pike on a plug, but unfortunately it let go almost straight away. I told him to put some hooks on his plug! We knew our best chance would be in the faster, more oxygenated water around the weirs, so that is where we headed next.

Sure enough, at the weir, I latched in to an acrobatic 10lb’er, which fell again to a plug fished tight to the bottom. I was bouncing it over rocks and boulders where Pike lie in wait, sheltered from the fast current. Minutes later, my Dad also boated one of 10lb 8oz on a spinnerbait.

After about an hour and a half of trying various spots around the weir and missing a couple of takes, we decided to move on into a smaller backstream, no more than about 8m wide with a small weir at the top, hoping for a chance of some more action, and maybe even a chub. Sadly, no chub took fancy to our lures, but I did catch 3 small jacks and a couple of perch to about a pound and a quarter. All feeling hungry we decided it was time to motor on down to the pub for some fish and chips and a drink. After this we then headed to another weir on the main river, which we’d saved for the last few hours.

It didn’t take long before we were hooked up, in fact, we even had a double hook up at one point. In the space of about an hour and a half we boated 7 pike up to about 9lbs on a variety of plugs, jigs and spinnerbaits. We also had a couple of perch to about a pound and a half and it really was great sport. By the end of our day we’d caught 11 pike, 2 of which were doubles, and 16 perch. It had been great fishing and much better than we’d originally expected.

Since buying the boat in 2007 from our good friend, Andrew Maryniak, we’ve had some great times on the river. Our main target has been trying to catch big Perch on lures, but along the way we’ve landed Pike to 20lbs, Chub to 6lb 2oz and a few nice Zander and Perch. My Dad caught his first 4lb’er last year at 4lb 6oz on a jig - a real cracker! 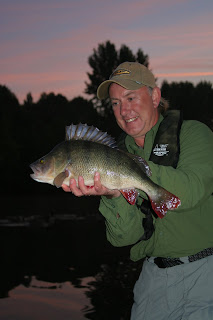 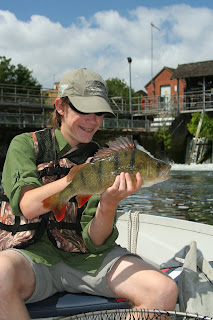 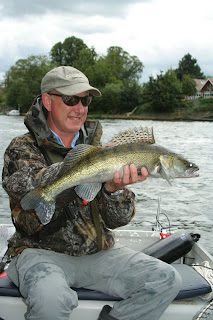 There have been days where we’ve caught over 140 fish between us - a mixture of Pike, Perch, Zander and the odd chub, mostly small but brilliant fun. Last year we spent a couple of nights on the boat which was chilly but really interesting. One night I had 8 Zander in the space of about 30 minutes! Not one was over a pound and a half! - so it just goes to show they’re breeding well. One day, fishing mainly surface lures produced 17 pike for us, and 3 good doubles. 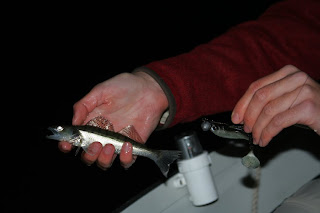 In the short time I’ve fished the Thames I’ve realised what an awesome river it truly is. It has just about every feature or structure you could hope to fish. It all looks really fishy but it doesn’t always mean there are fish in those spots. It can often be the not so interesting looking places you’d probably pass by that can produce the fish. It will probably take a lifetime of fishing to really get to know the river so I’ve got a long way to go. One thing is for sure though, I’m going to try my hardest to learn about this vast fishy waterway. 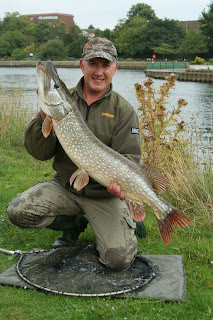 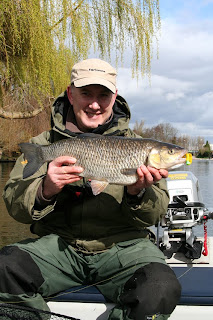 Last weekend’s trip was a great start to our season on the Thames, and I’m really looking forward to my summer holidays, where I can get out on the boat a bit more - in the hope of some real Thames monsters! 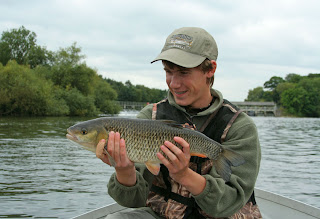