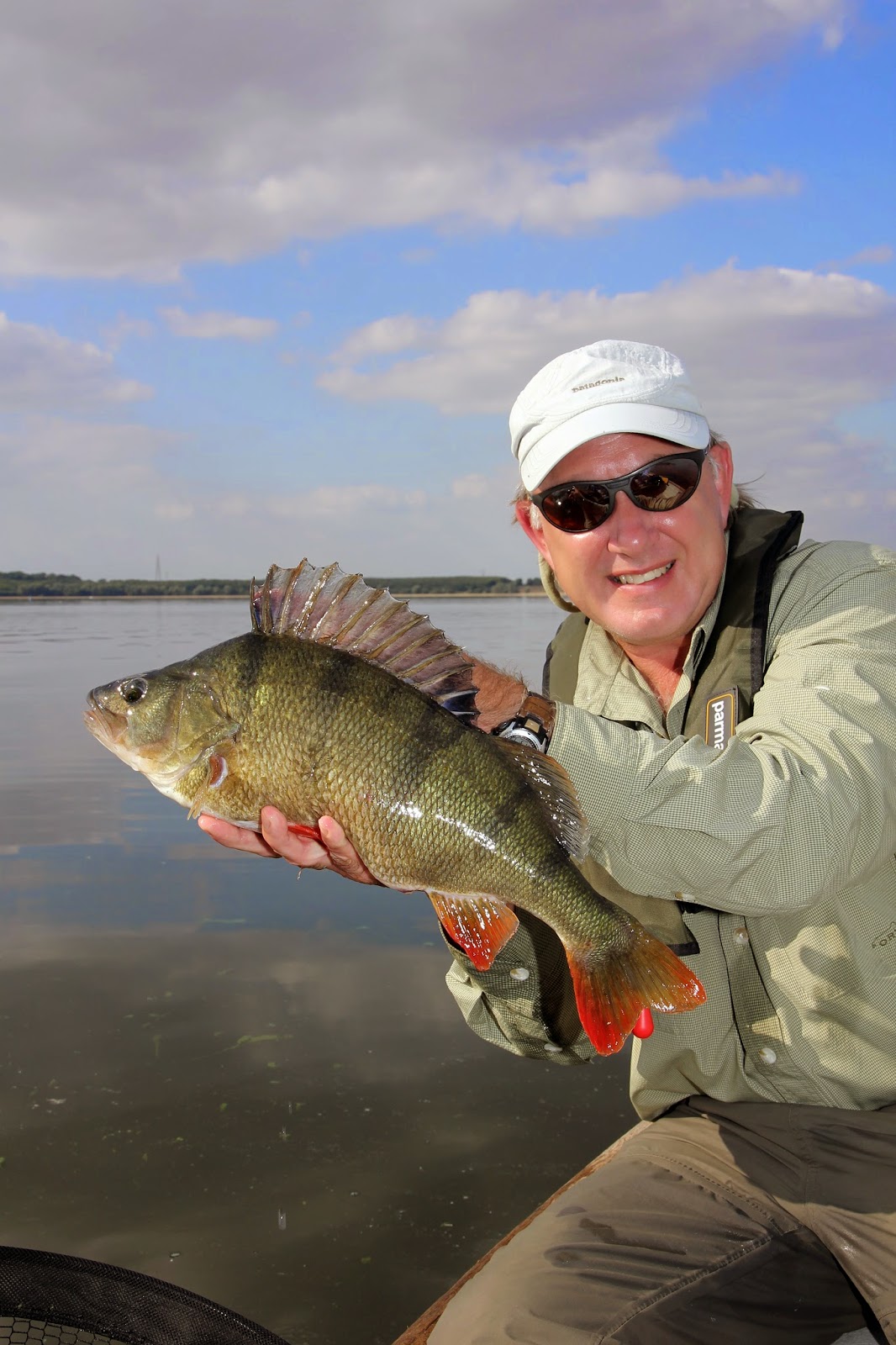 There's never been a better time to catch a big stripey, and with the opening of the midlands reservoirs for lure fishing in early September, it gives you a fantastic chance of latching into something special. Dad and I have fished every opening day on Grafham for lure fishing since 2006, and on the opening day this year we decided to concentrate on Perch and Zander, whilst on the second day we planned to target Pike. We had a great opening day, catching 64 fish between us - a mixture of Pike, Perch and Zander, the biggest Perch weighed 3lb 8oz. 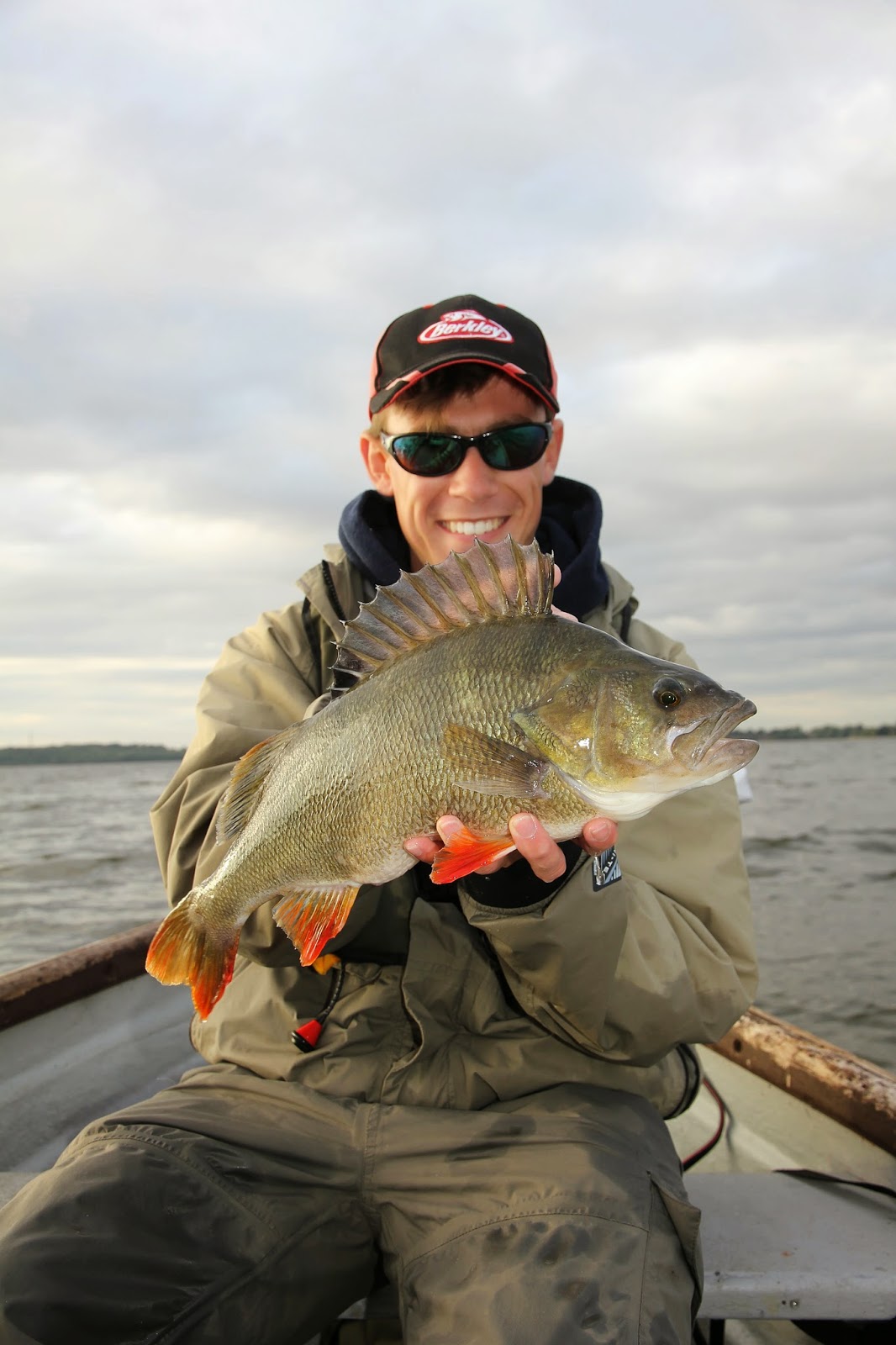 We arrived on the second morning and it turned out to be flat calm and sunny - –not ideal conditions for Pike, so we decided to have a change of plan and continue fishing jigs and drop-shot rigs for Perch and Zander. Despite this, my first fish of the day was a Pike of around 6lb, then about 10 minutes later I had an almighty whack and hooked in to a very heavy fish. I knew straight away it was a good Pike as it started tearing off line. It was an incredible fight on my light Abu Veritas spinning rod and 1000 sized reel! We finally netted the fish and it weighed 20lb 3oz. It took a jigged Berkley Ripple Shad. 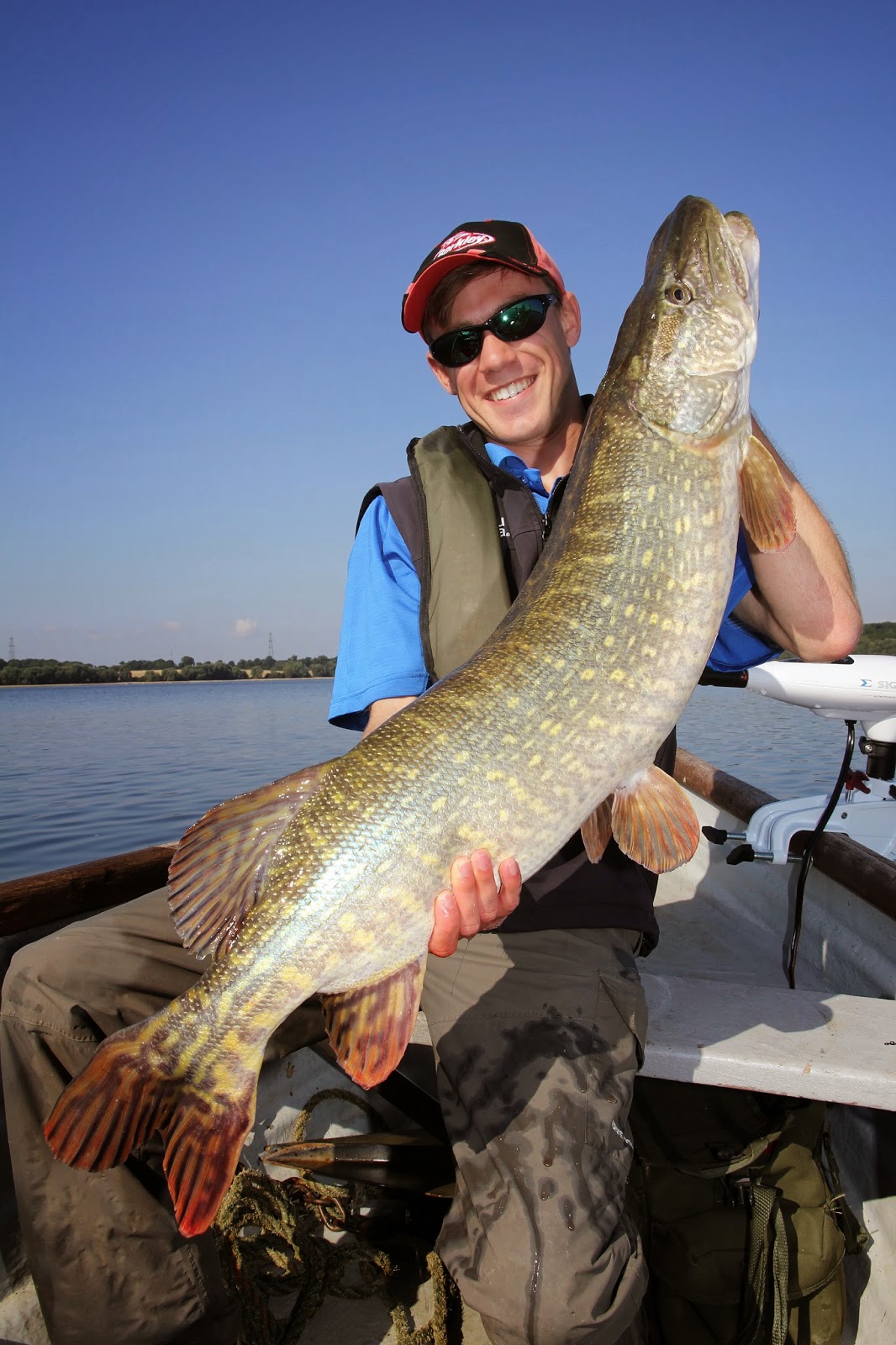 They were the only two Pike we caught that day, but we continued to catch quite a few Zander to 9lb 1oz and plenty of Perch. Later in the afternoon we returned to the same area where I'd caught my 3lb 8oz Perch the day before, and on my first cast I caught another of 3lb 2oz! 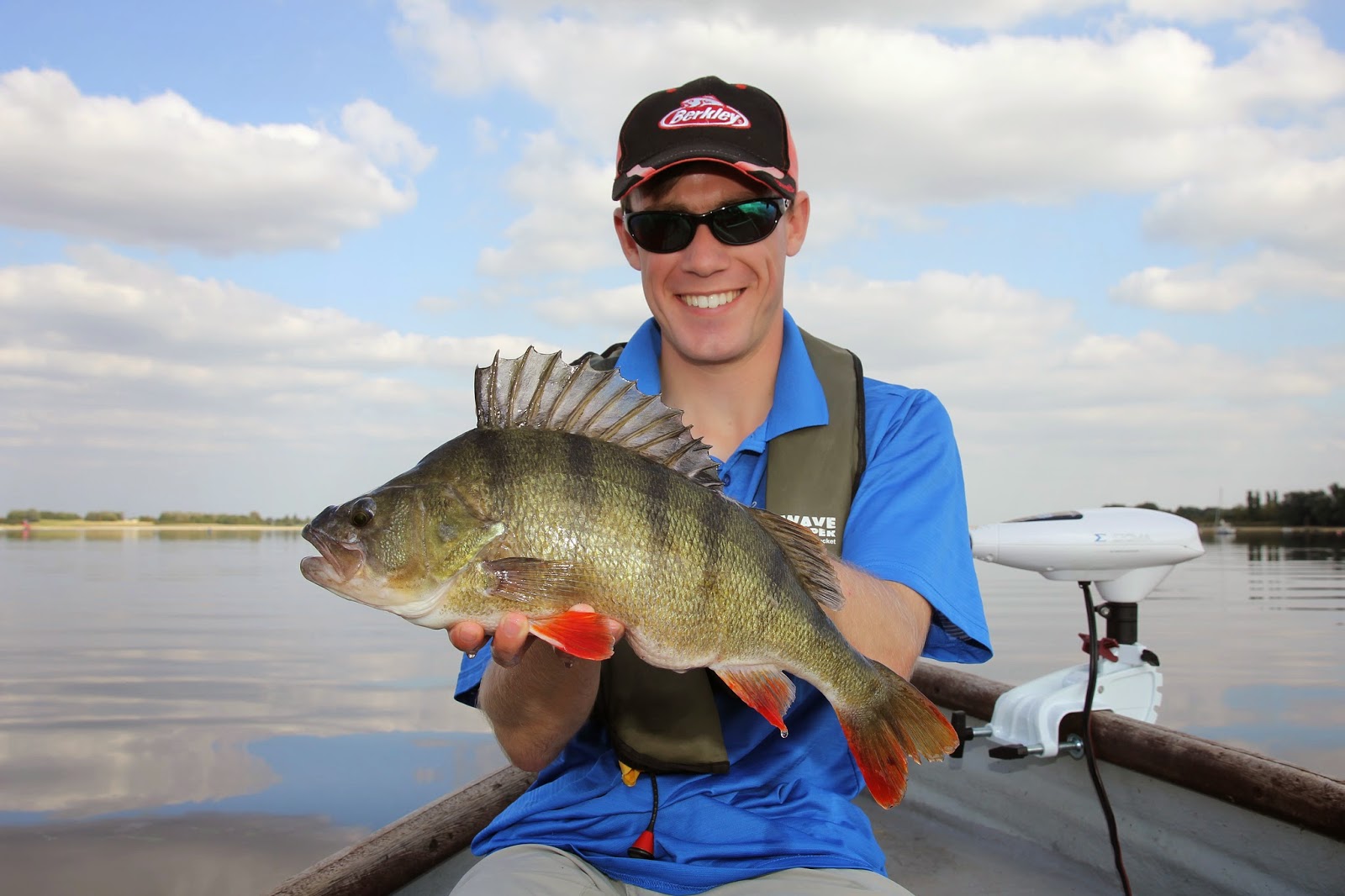 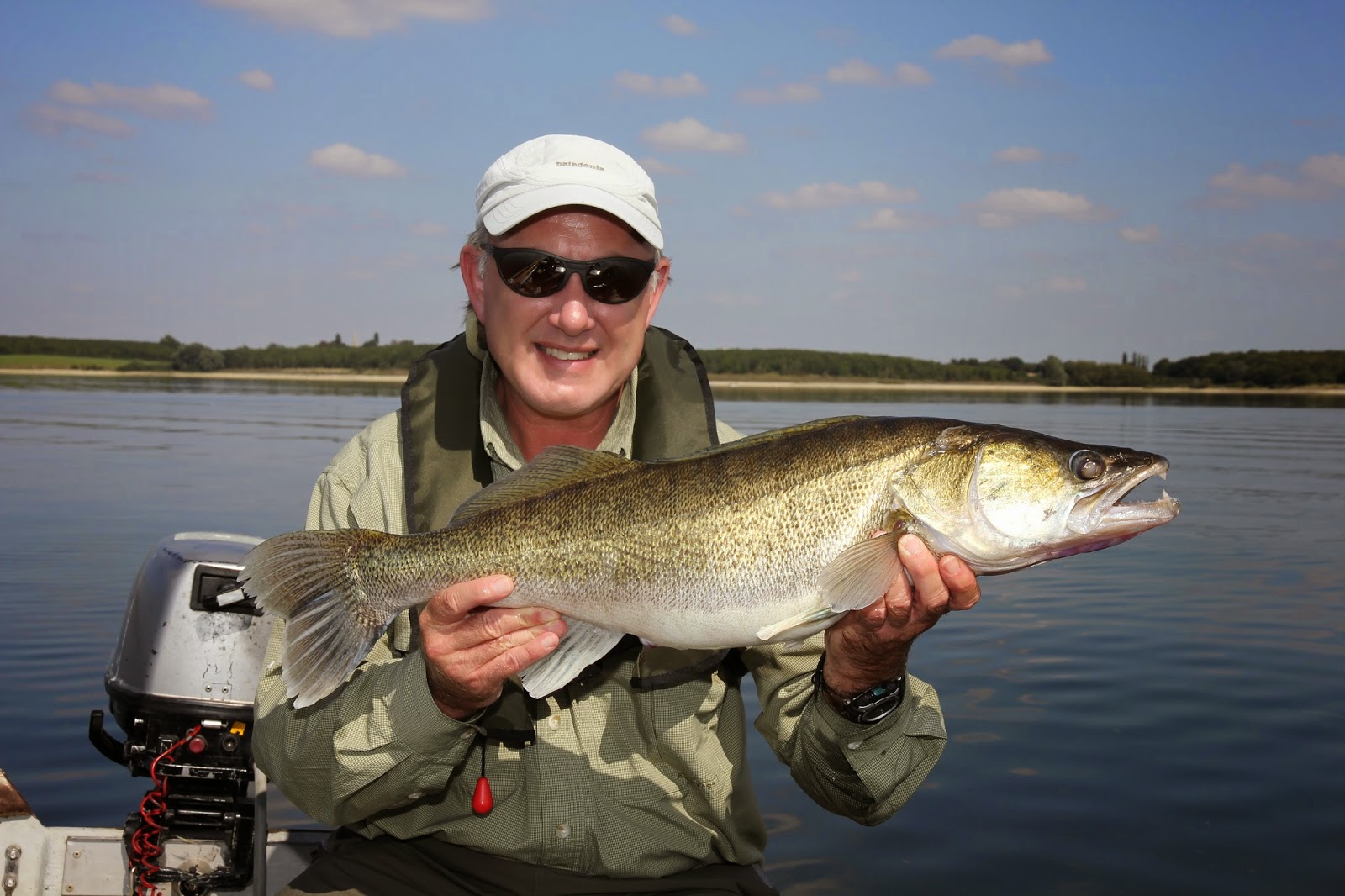 A couple of casts later, Dad hooked in to what also felt like a good Perch, which is what it turned out to be! It weighed 4lb exactly, and also took a jigged shad.

In total, over the two days, we caught 99 fish between us: 26 Zander, 70 Perch and 3 Pike. Unfortunately, we lost two fish right at the end of the day and these would have made it over 100!

Throughout the summer I've also had something else to look forward to - as from this Autumn I'm working full time for Get Hooked on Fishing on their new initiative and project called GHoF Bedfordshire. I feel very privileged to have been given the opportunity to restore and develop the fantastic looking Estate Lake at The Swiss Garden to its former glory, and I'm really looking forward to spending more time getting the project up and running and restocking the lake. 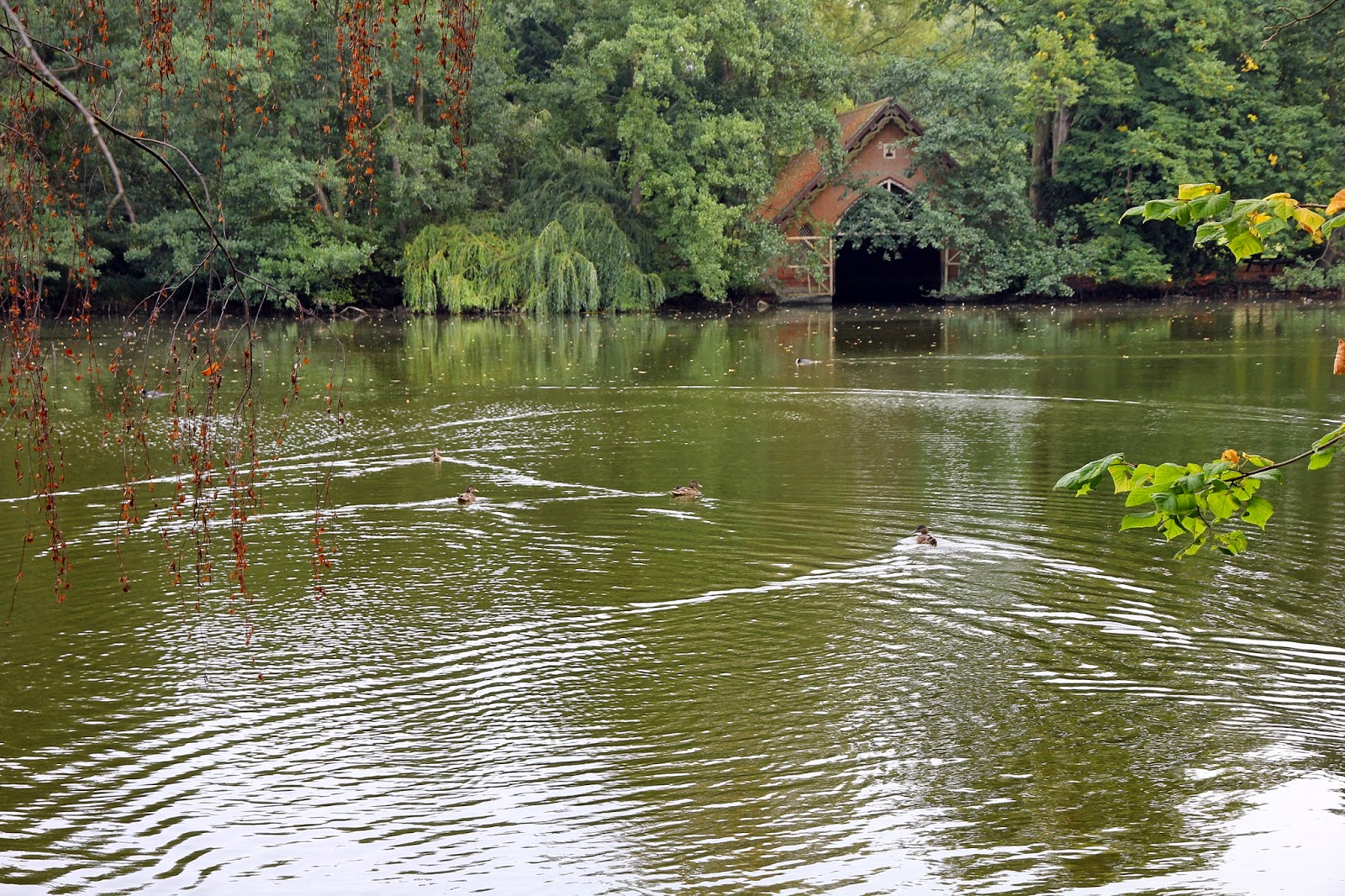 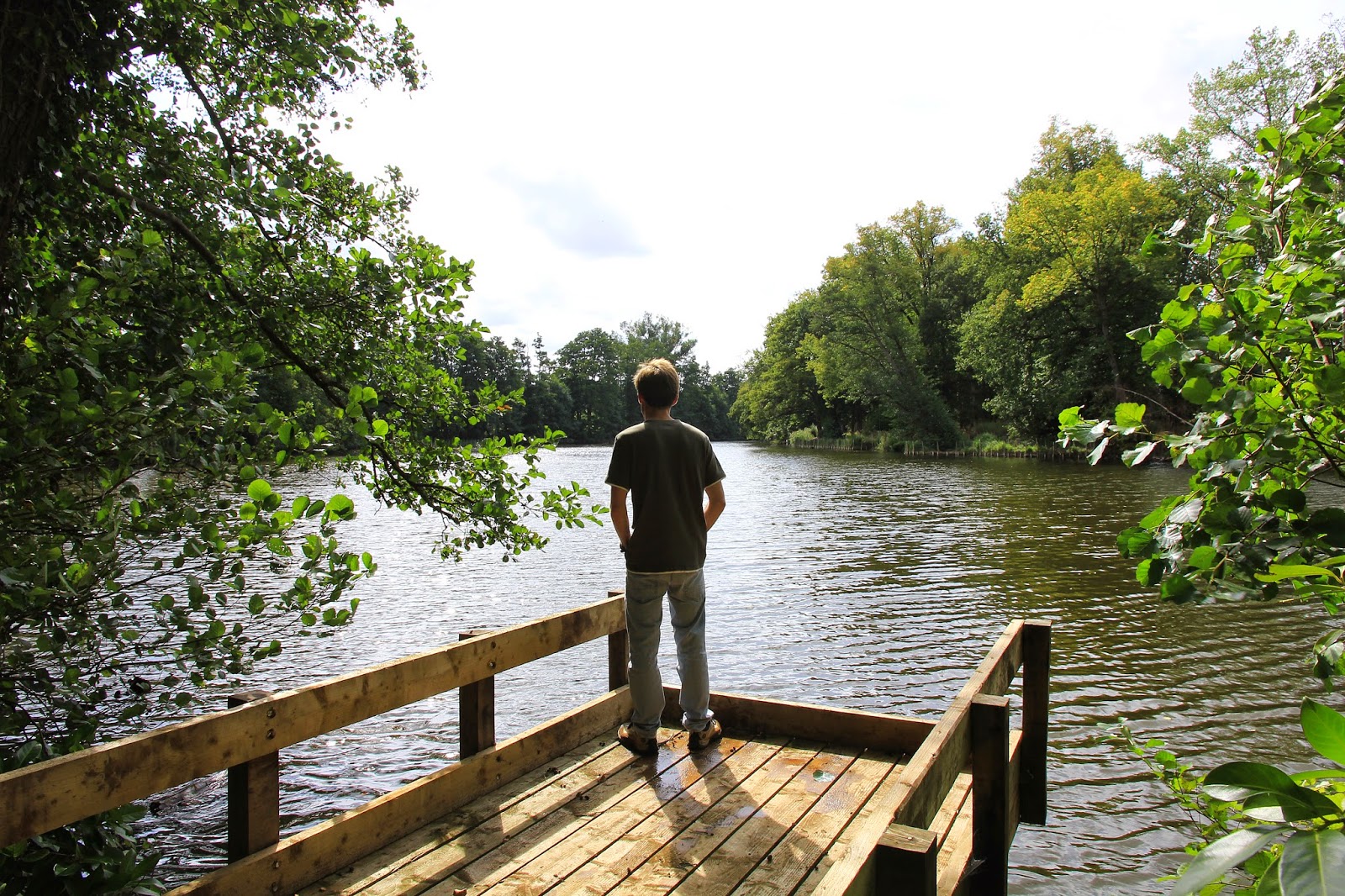 A few weeks ago, Get Hooked on Fishing had their last Angling Trust/GHoF 'Family Fishing' event of the year, on the Grand Union Canal at Apsley Locks in Hemel Hempstead. Since the Spring, Sarah Collins, the CEO of Get Hooked on Fishing, and Clive Copeland, Head of Participation for the Angling Trust, have helped organise many of these events up and down the country, and in the initiative's first year, hundreds of people have participated and benefited. Another 70 came along to 'have a go' at the Apsley Locks event. 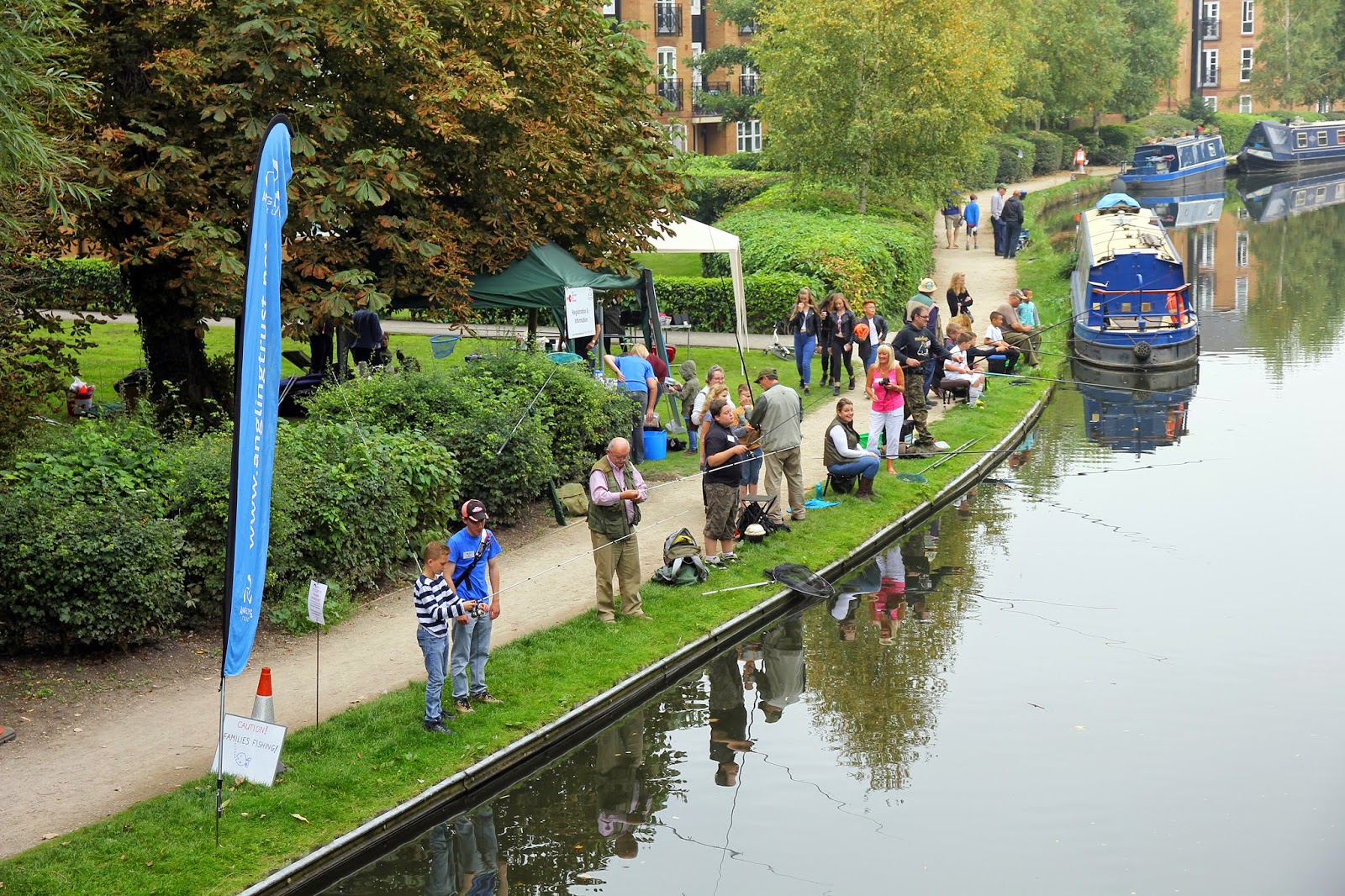 The lure fishing was surprisingly hard and we only caught a couple of small Perch, but it was another brilliant day put together by the Angling Trust Anglian Regional Officer, James Lewis. 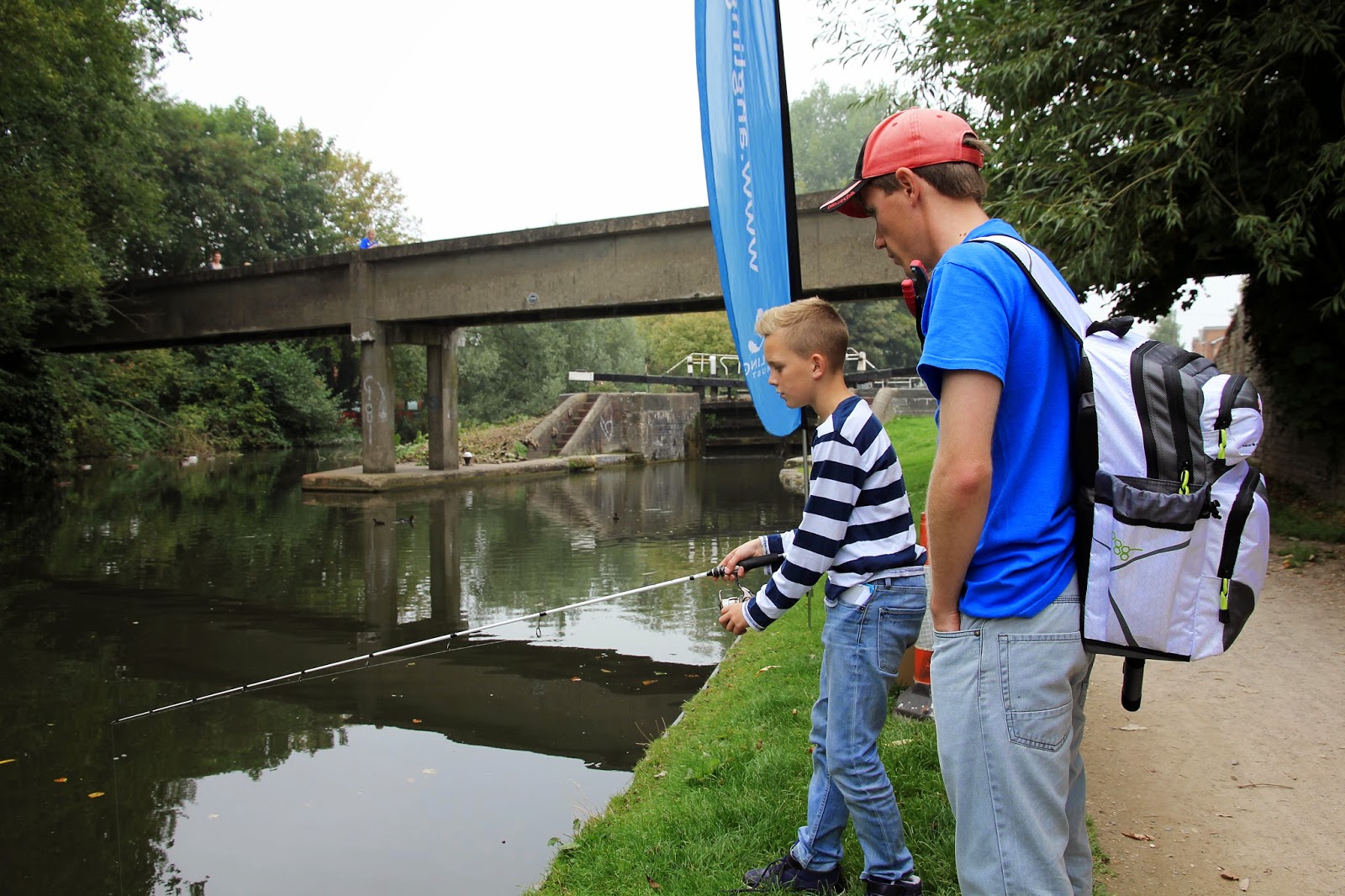 We've also had a couple of great afternoon/evening trips along my local rivers in the past month. We'd had some heavy downpours which we felt sure would freshen the rivers up, and sure enough, a couple of days later, river conditions were looking very good. We started fishing along a local stretch at around 2pm, but after around 3 hours with just one fish each, we decided to relocate to another area of the river.

Within around 20 minutes of arriving I had a good take and hooked in to a Perch that weighed 3lb 9oz, caught on a jigged Berkley Ripple Shad, rigged Texas style. 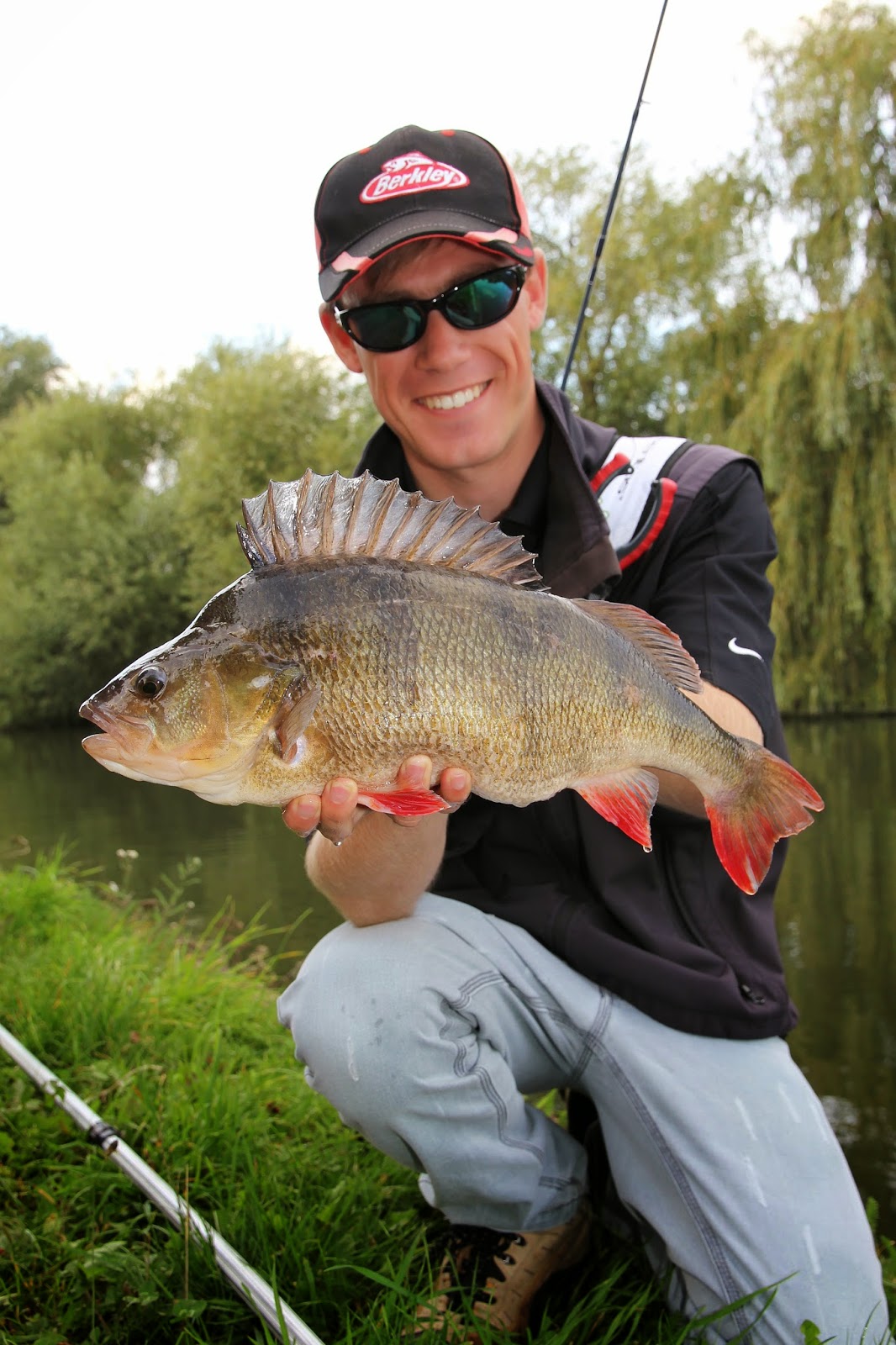 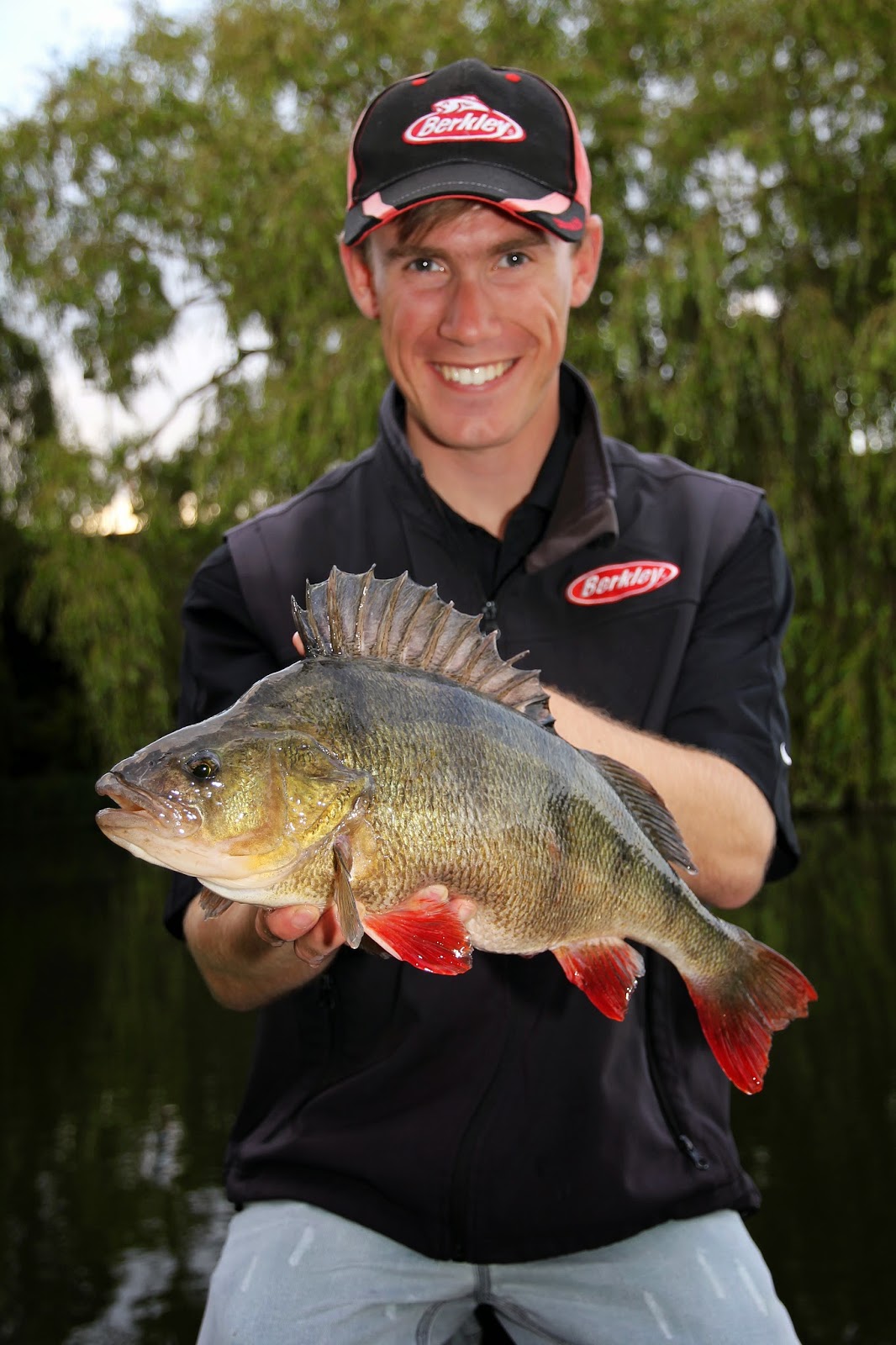 Dad, unfortunately, lost a good fish from the same area, but after the bites dried up, we started to leapfrog each other downstream. About an hour later, as it was getting dark, and after catching some smaller Perch, I cast tight to a big snag and hooked and landed the biggest fish of the day, weighing 3lb 12oz and measuring 48cm, so I'd caught a trio of Perch in just over an hour for a total weight of exactly 11lbs! The bigger fish were very empty and I think both the 3lb 11oz and the 3lb 12oz will probably weigh over 4lbs towards the end of the season. 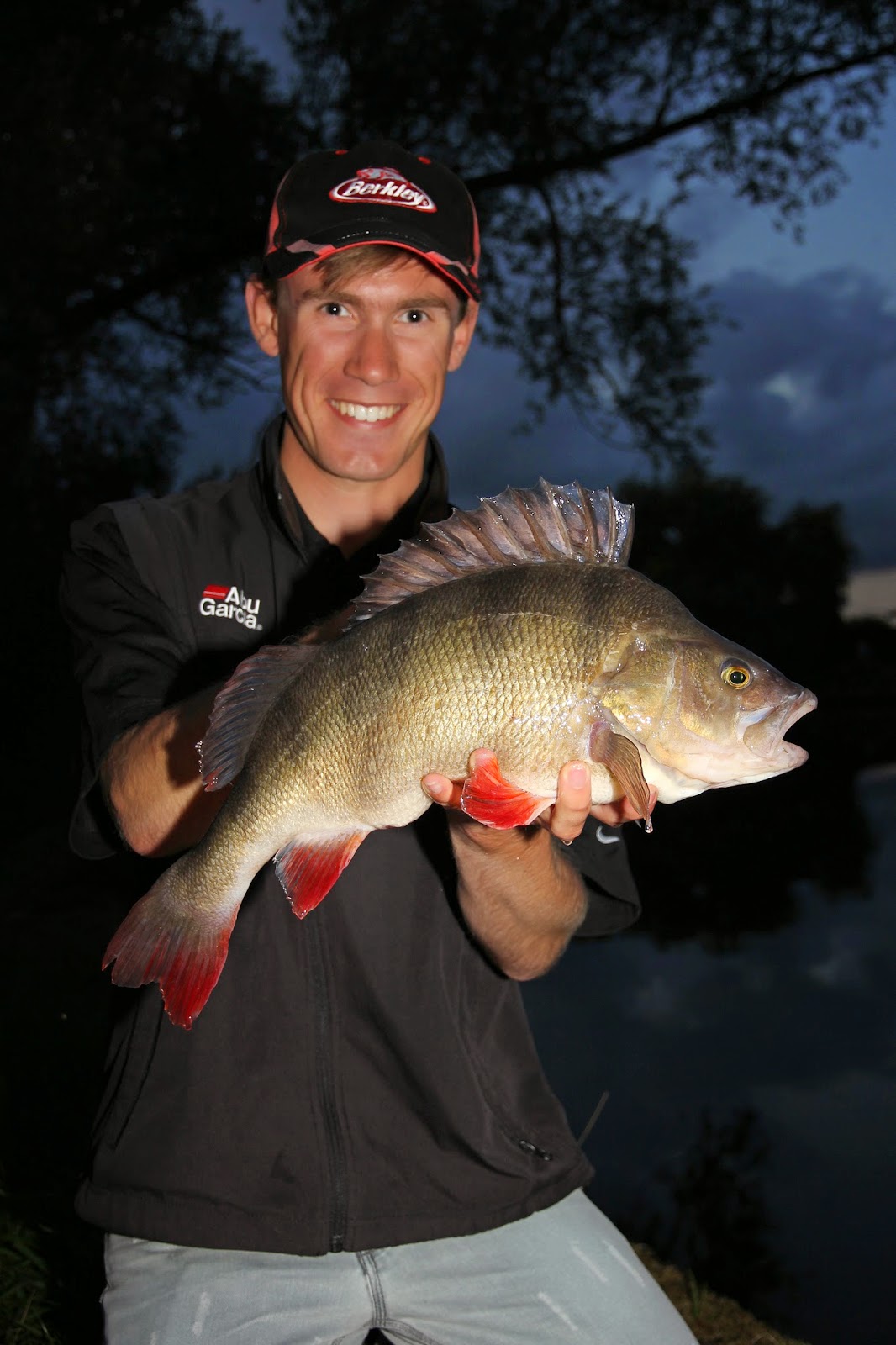 As I've mentioned in other posts, Dad and I were fortunate enough to make it in to the England Lure Squad for the second year running, along with Eric Edwards. In last year's World Championships, one of the areas where we went wrong was that we never managed to get in a practice trip to Lough Erne in Ireland, mainly because of funds and the team being put together late. There are two, six hour official practice days before the World Championships begin, and it's impossible to cover a huge expanse of water like Lac Bourget in France, (where this year's Championships are being held) in such a short space of time. This year, we were determined not to let that happen again so, a couple of weeks ago, Dad, Eric and I embarked on the 1700 mile round trip to Aix-les-bains in the French Alps to practice for the Lure Fishing World Championships 2014. 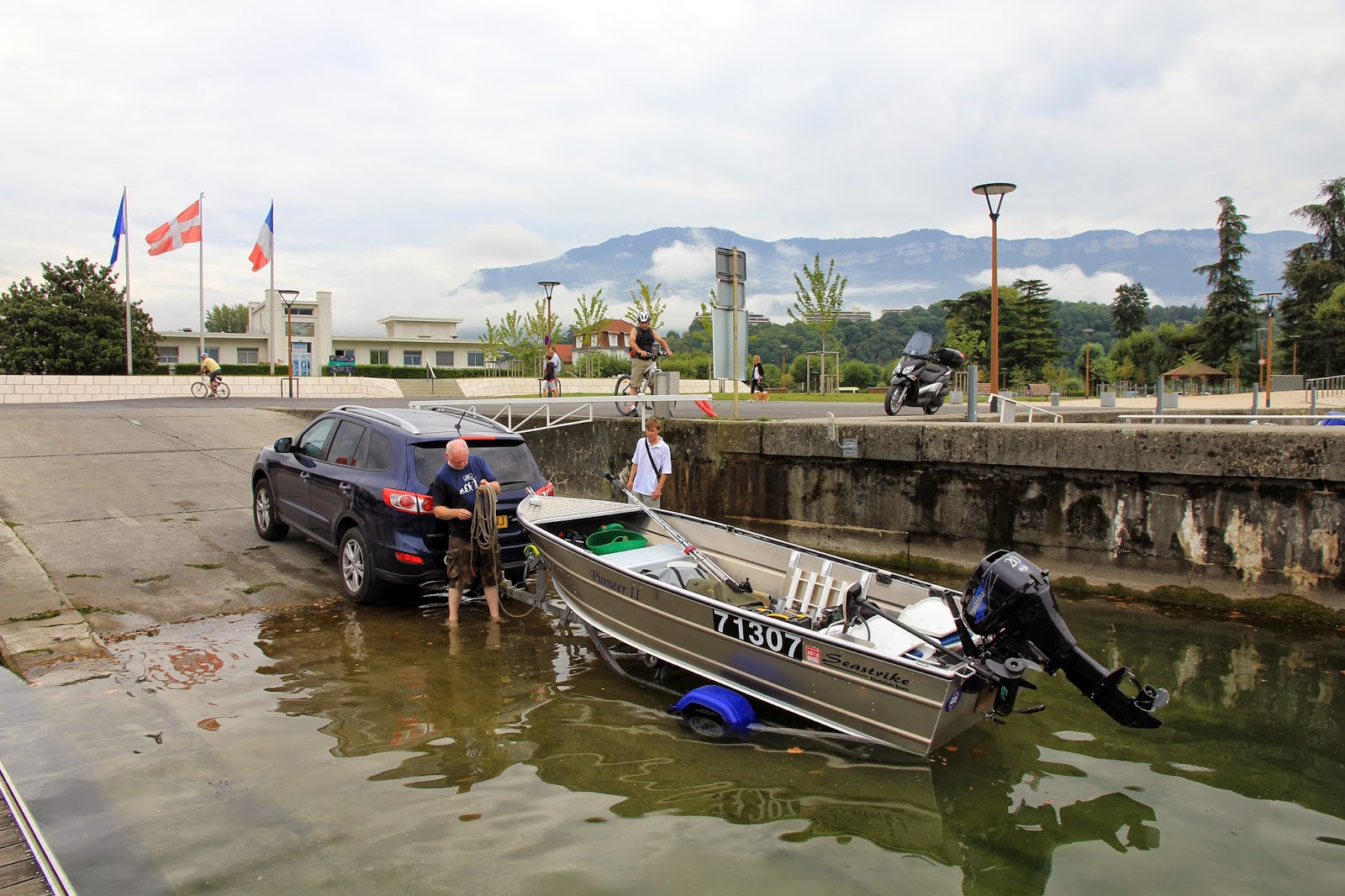 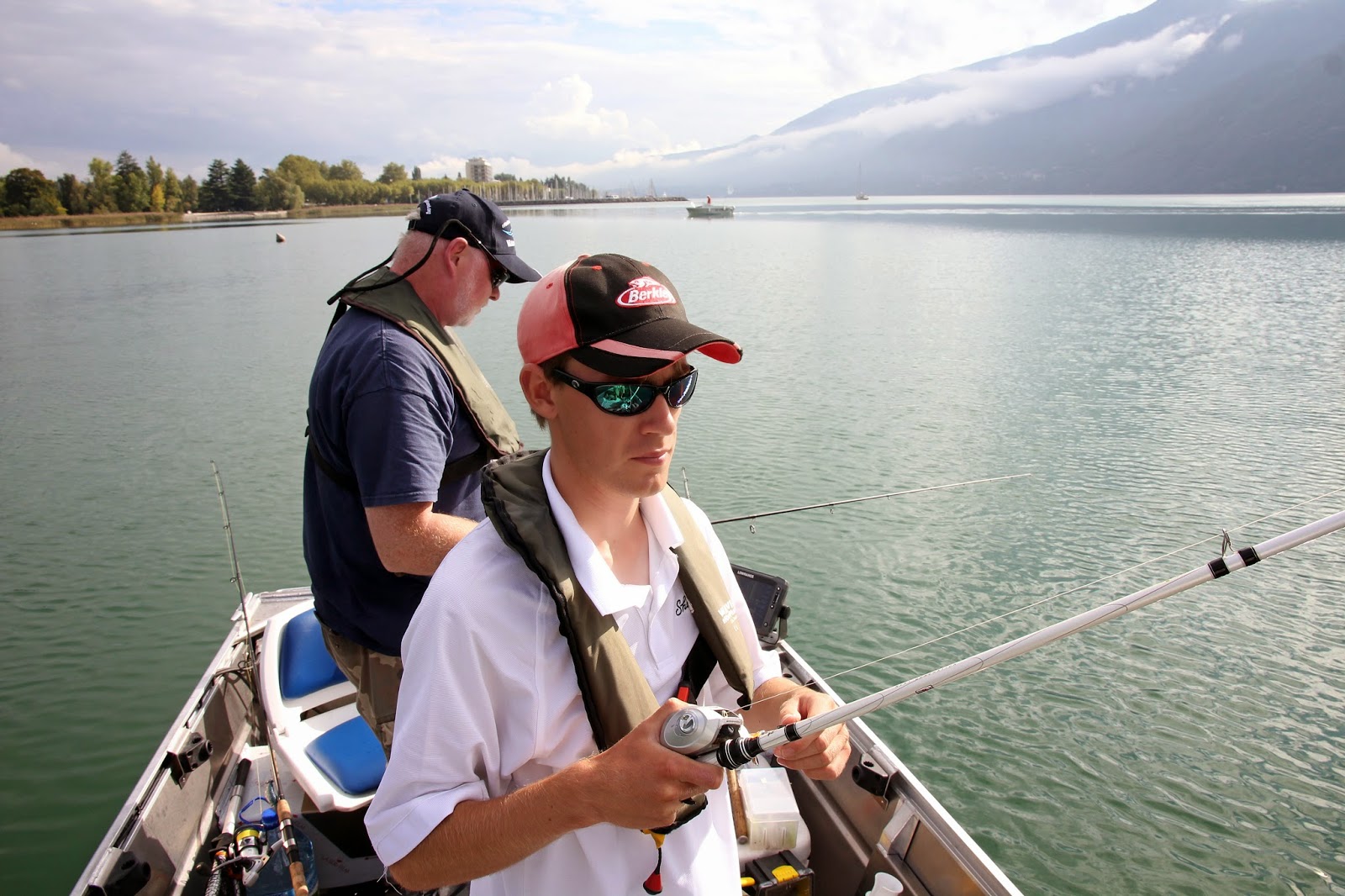 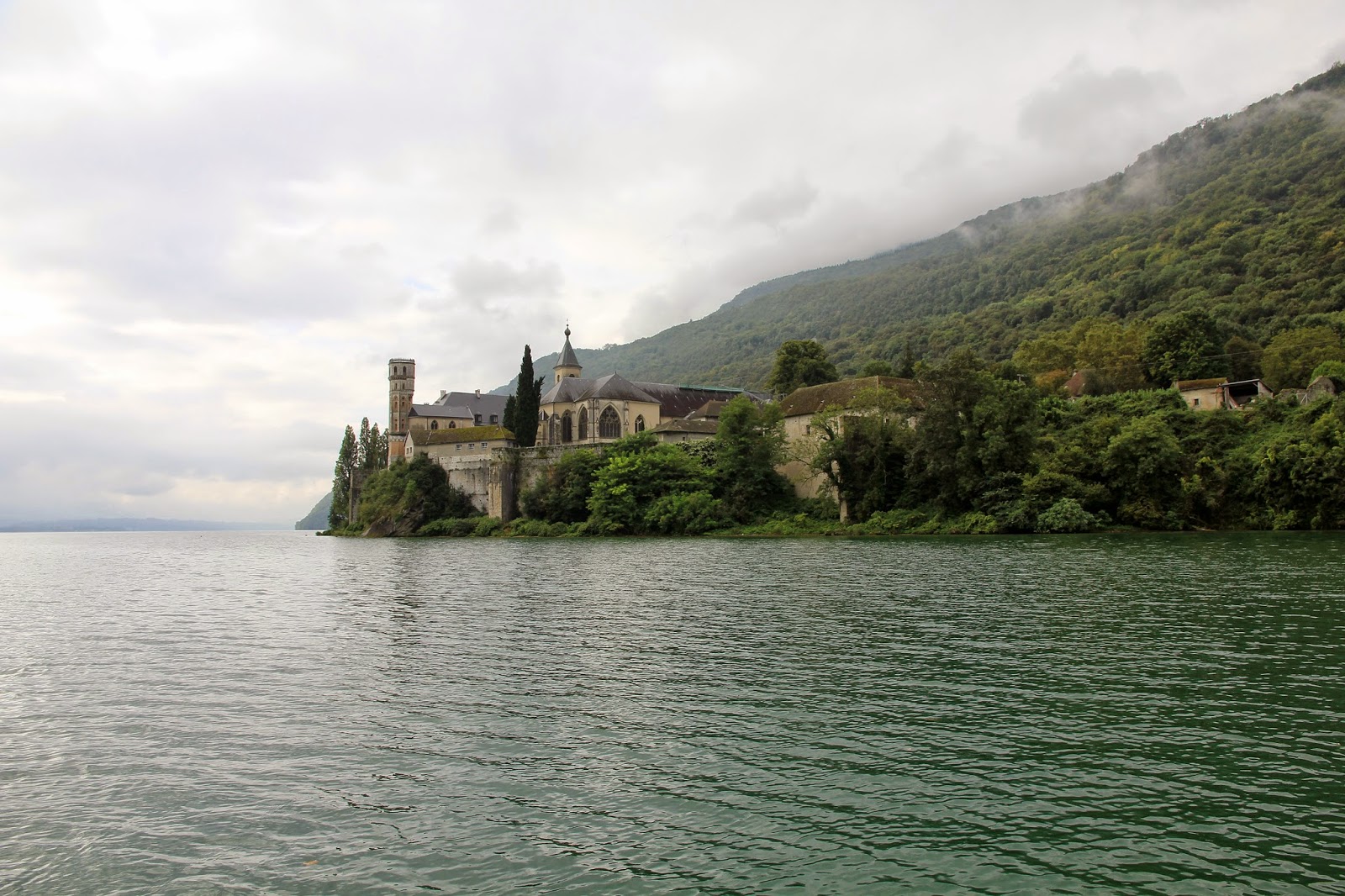 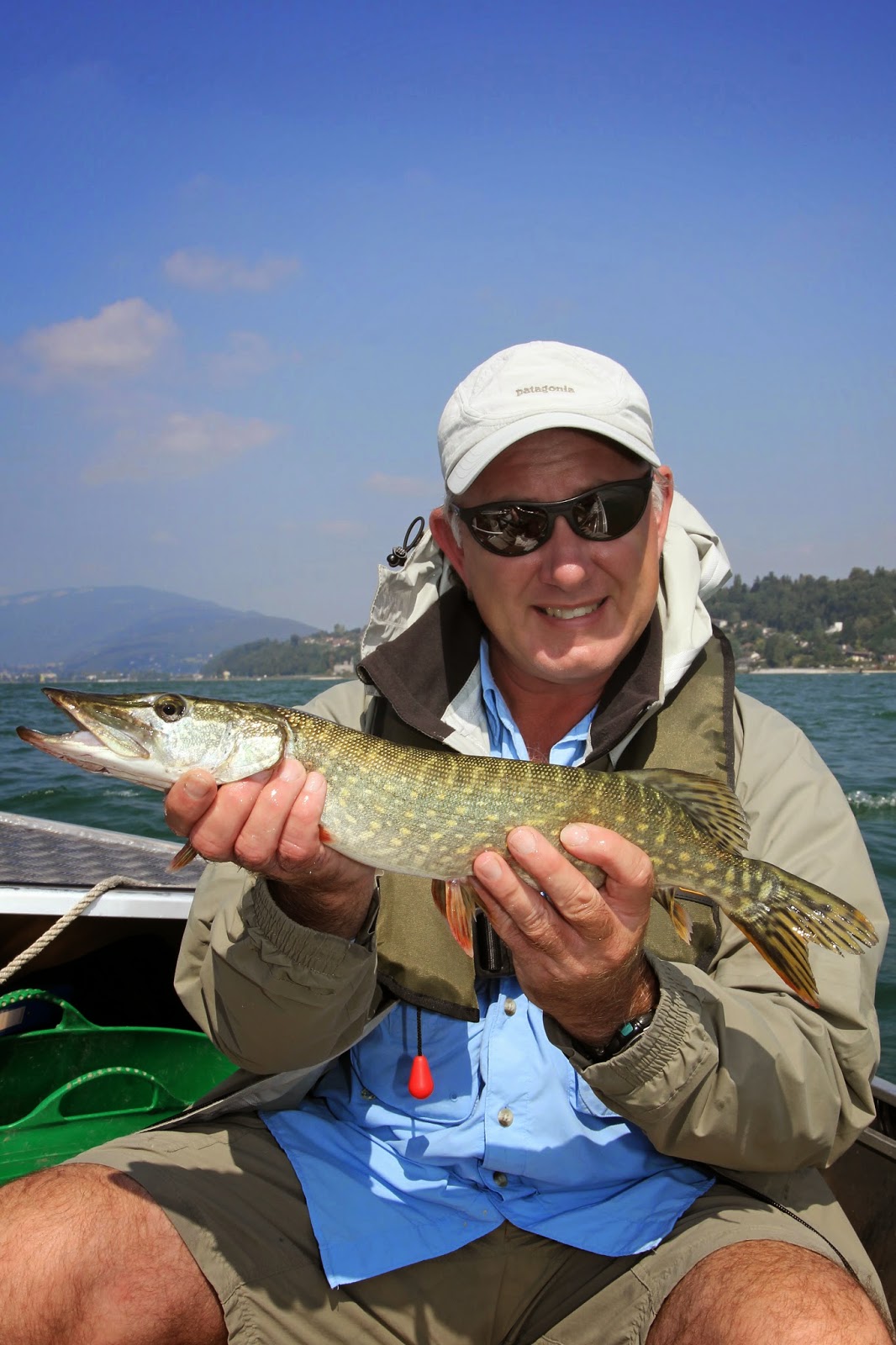 Lac Bourget is a stunning looking lake and very picturesque. I can't give away too much on what we caught and what tactics worked this side of the event, but it's a fantastic venue for holding a World Championships. A big surprise is that whilst practising, we came across some cracking Chub and Tench. Both Dad and Eric caught Chub - Eric's weighed 4lb 11oz! 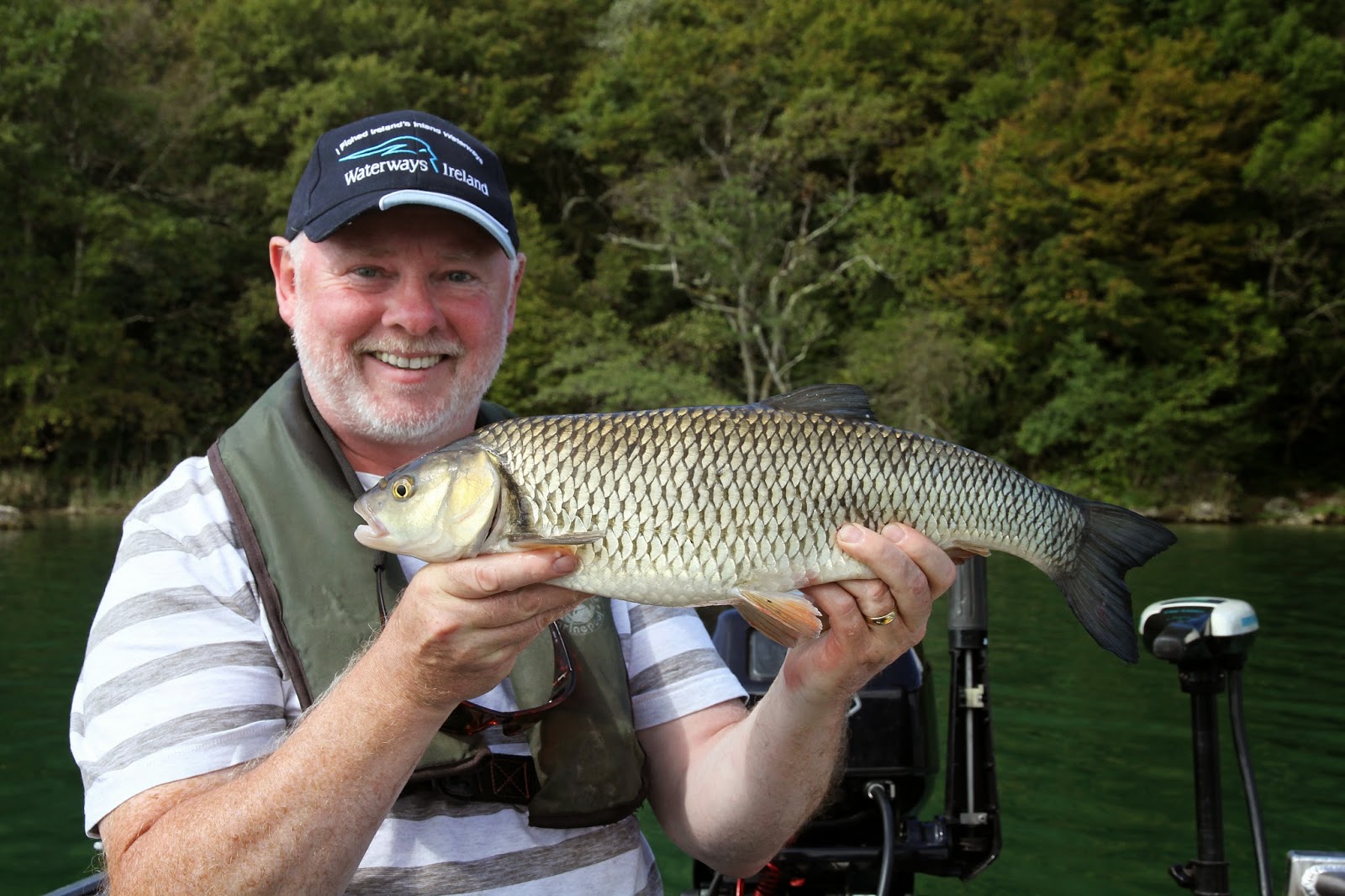 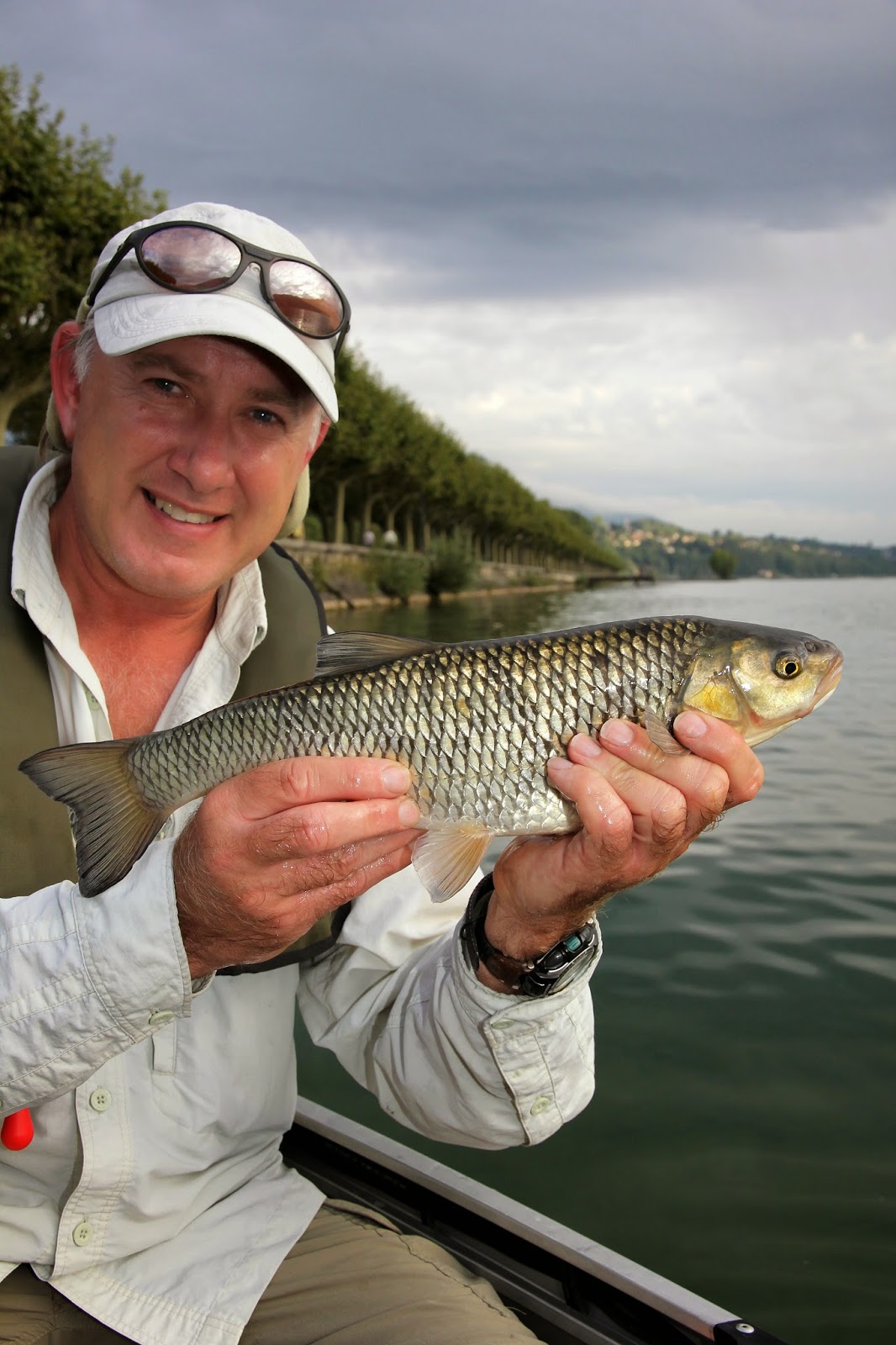 Eric had a big Tench follow him too that was probably around 9lbs in weight! We also saw some locals catching Whitefish - something both Dad and I would love to try and catch after the match if it was possible. We had a really good time together.

Since coming back from our practice trip I've been very busy working on GHoF Bedfordshire, trade shows and final preparation for the World Championships so there hasn't been much time for fishing. But we couldn't resist one more trip to Grafham and we're glad we did, as we had another great day boating 34 fish. I caught my biggest Perch from Grafham this year weighing 3lb 13oz, again on a jigged Berkley Ripple Shad. 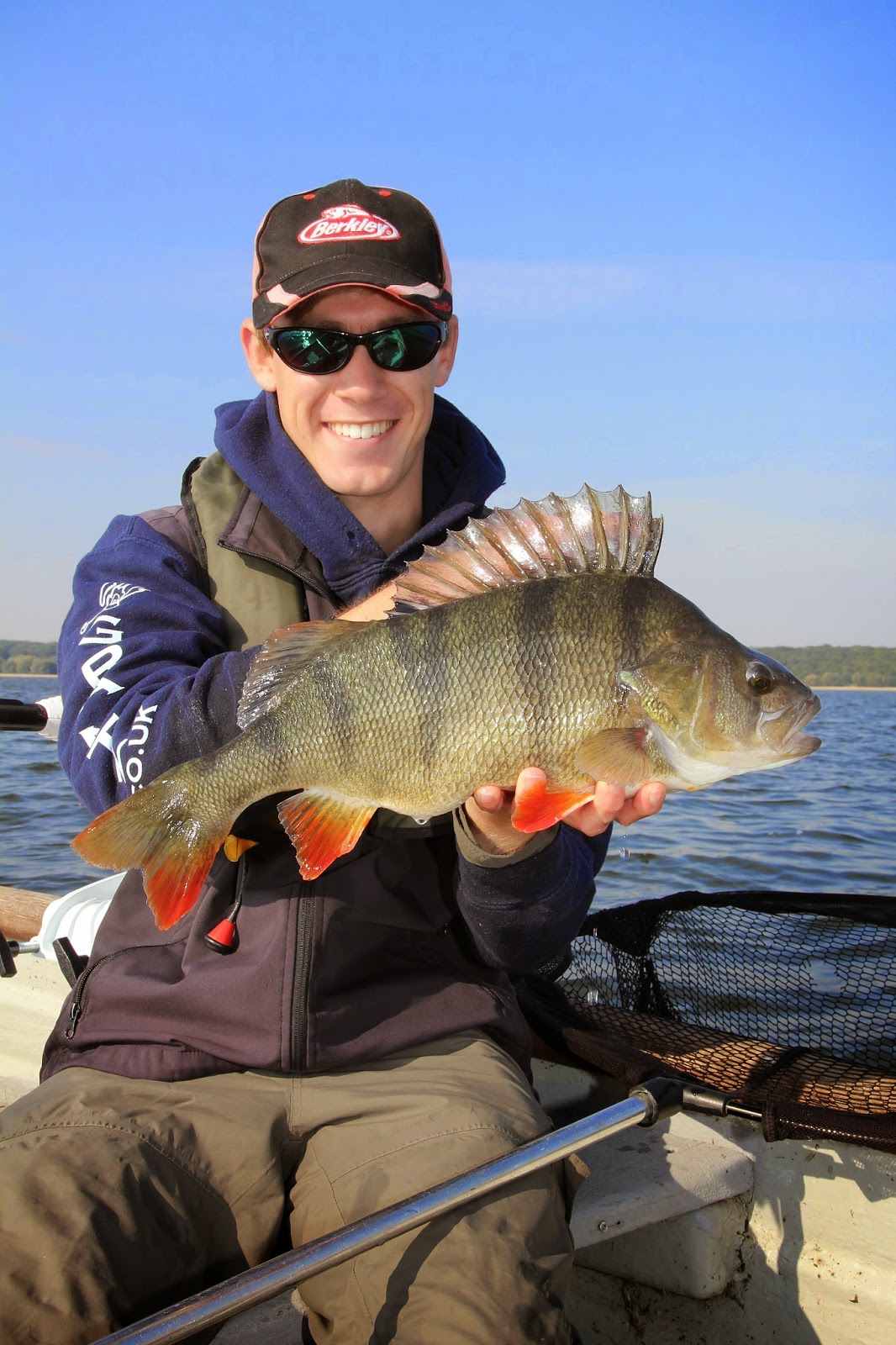 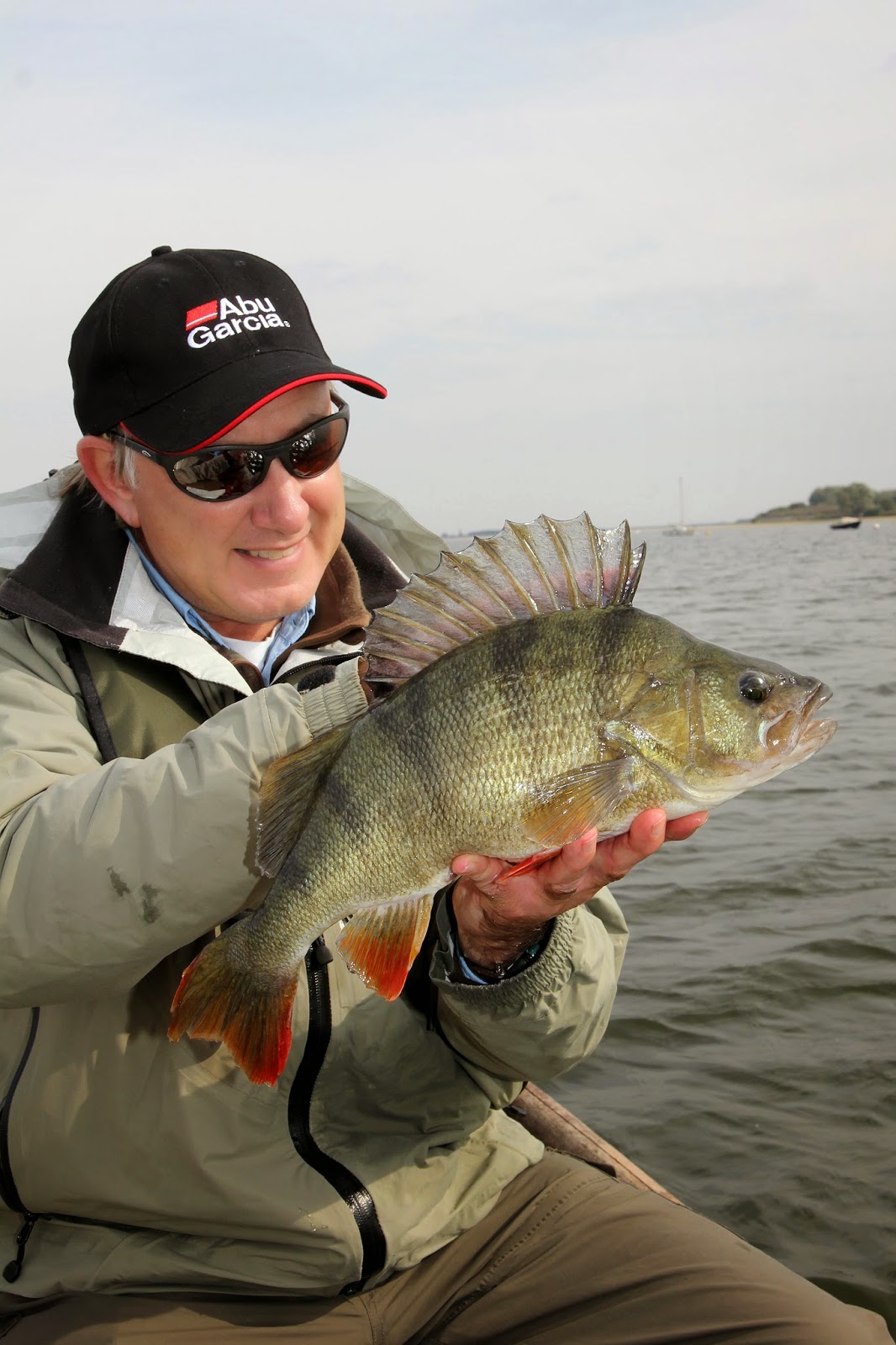 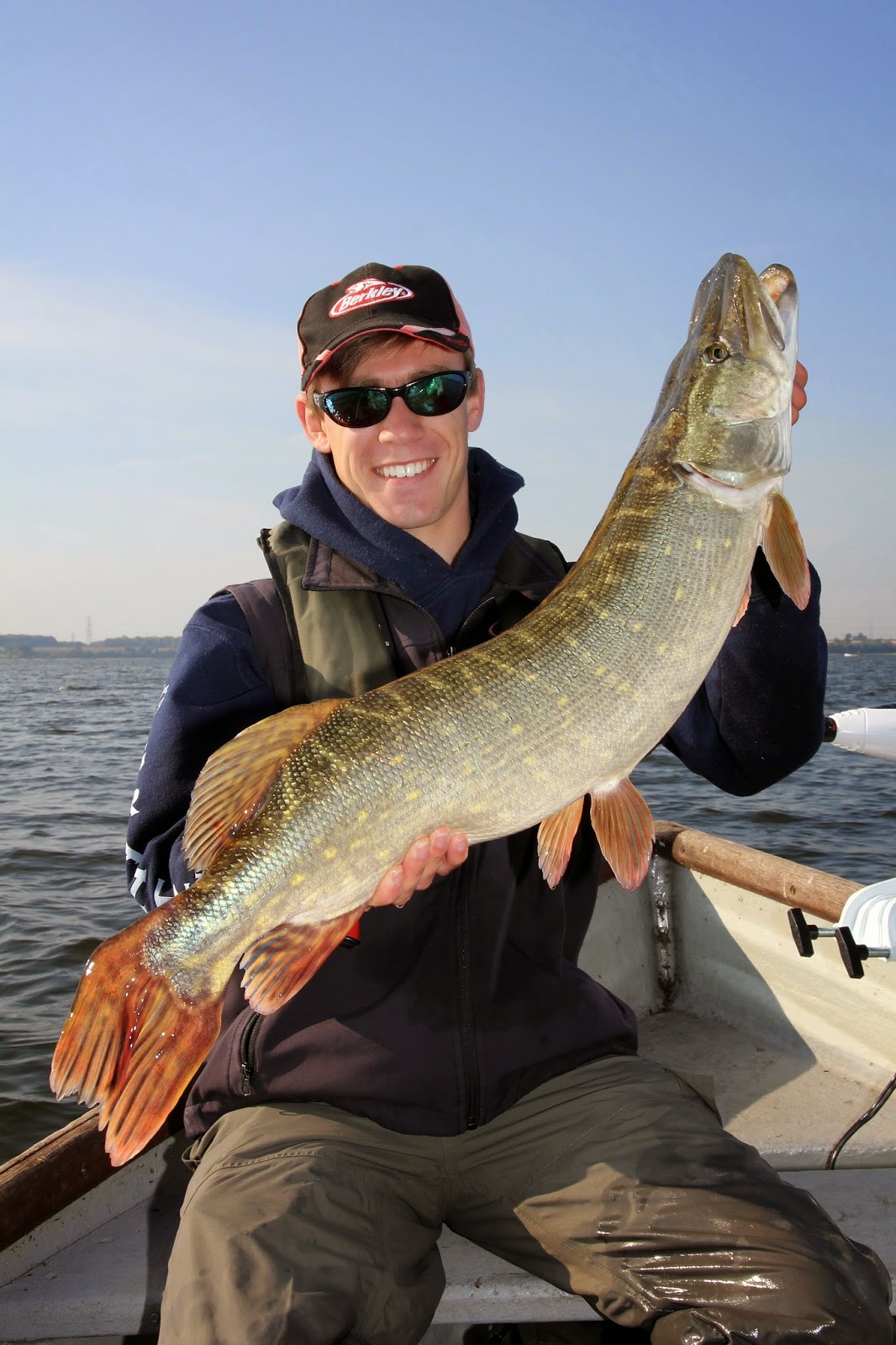 Interestingly, this year we've caught lots of small Zander between 1 and 3lbs on lures, and not so many larger fish, however Dad landed a cracking Zed weighing 10lbs exactly. 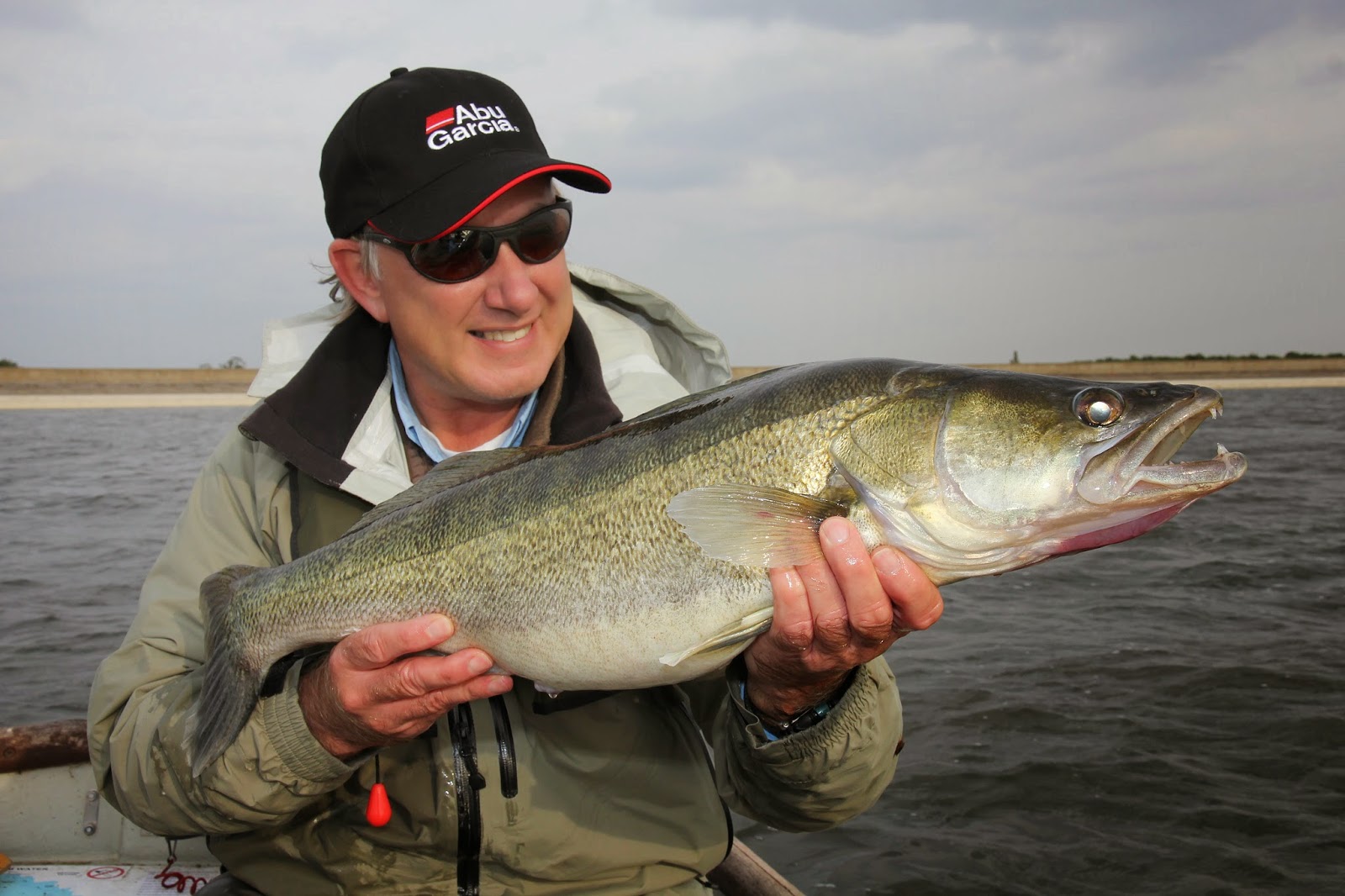 With only hours to go now before we set off for France, the England team are feeling very confident we can do well and we're really looking forward to it. COME ON ENGLAND! 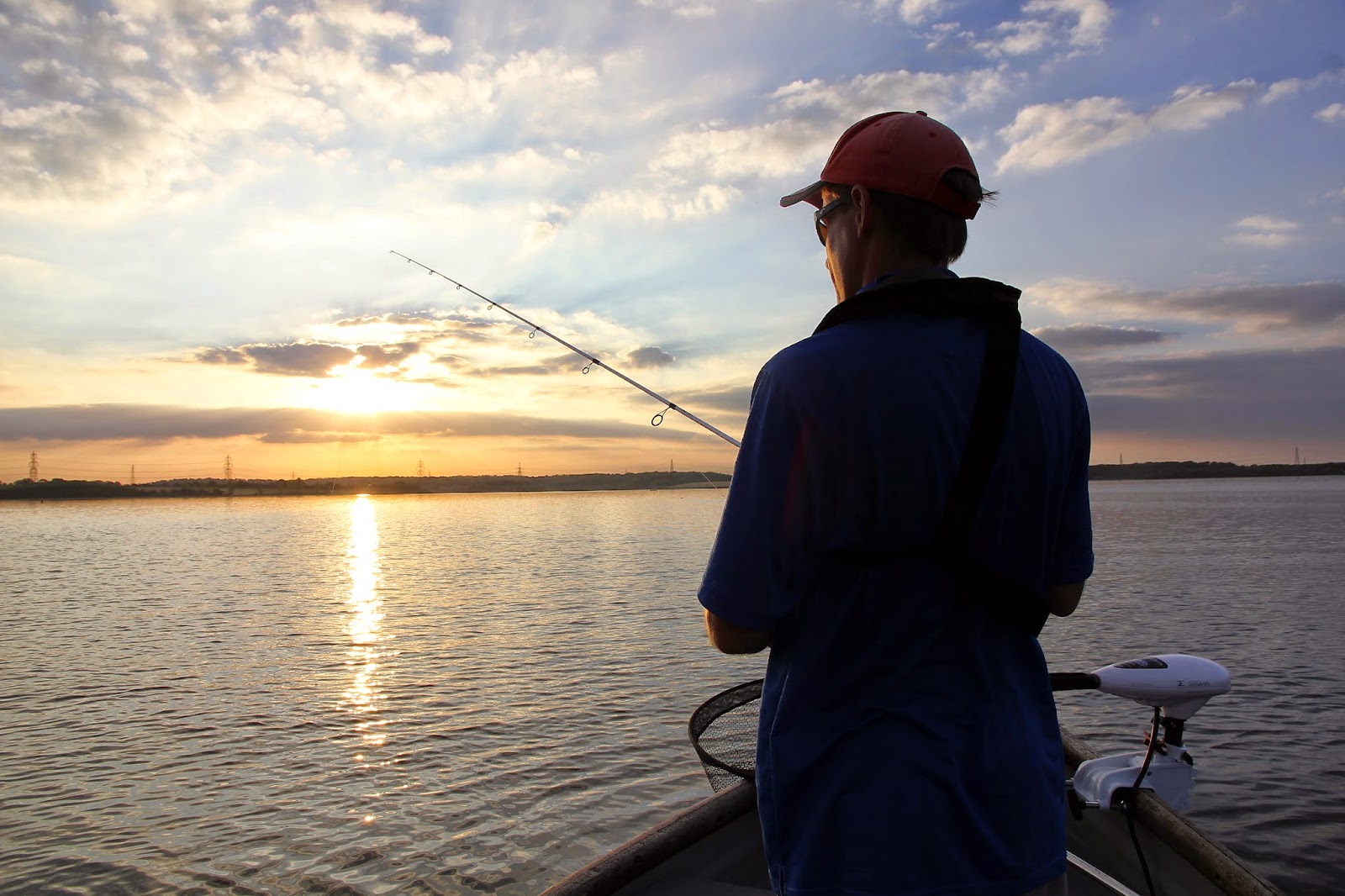