Get Hooked on Fishing! 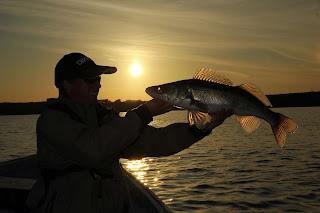 June 16th is a special day for anglers that love their river fishing. However, the last few weeks since my last blog have been extremely busy, so I'm going to leave talking about the opening day until my next posting.

Since our previous trip flyfishing Grafham for predators, my Dad and I have managed another couple of trips there in the last 3 weeks. The sport has been good, landing around 30 zander so far between us. Although we haven't had any monsters, we've managed to catch a couple of scraper doubles. 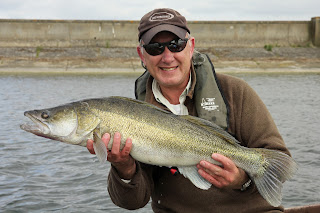 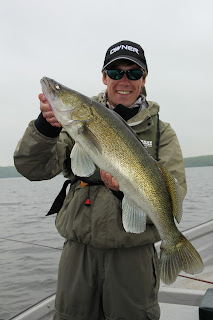 Most of the fish average 7lb, which are great fun on the fly. We've also caught a couple of cracking Perch weighing 3lb 10oz and 3lb 7oz. 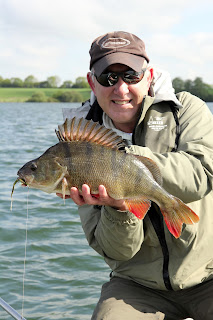 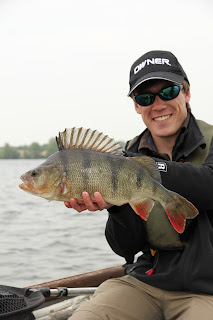 Occasionally, we catch the odd Bream on our Zander flies - they normally average between 8-12lb. You wouldn't expect a Bream to take a 4 or 5 inch fly, but we've caught quite a few over the years, including some big hybrids. 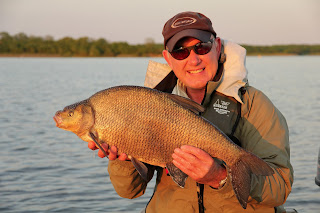 The next trip on Grafham we planned to target Pike. We picked a day that was forecast just 5mph winds and when we left home the conditions looked perfect, but by the time we arrived at Grafham, the weather wasn't quite what we were expecting. Instead, it was more like 16mph northerly winds with horizontal rain thrown in! We sat in the car deciding on whether it was worth going out, as if it got much windier, the boats would have to be called in anyway. In the end, we decided to brave the conditions, and boy, was it worth it!

Within an hour or so we'd boated 6 Zeds, but despite the great start, it was the Pike that we were really after, so when the action died off we motored to a different location in the hope a big Esox. 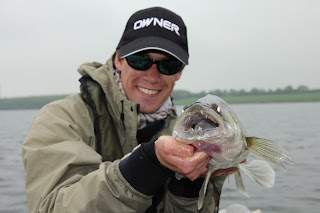 By the time we'd arrived at our new spot, the rain was really chucking it down. My Dad decided to try one of his Tarpon flies, a Black Death, and just 20 minutes later, he had a very soft take which he instinctively struck. As he was playing the fish I got a quick glimpse and guessed it looked around 18lb. After a terrific fight, as I netted the fish, I realised I had underestimated its size! It was a magnificent looking fish weighing 26lb 6oz! That was the only Pike we saw that day, but glad we'd made the decision to venture out. 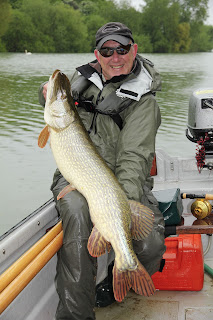 That was my last trip there targeting predators, but my Dad has been back since with an old schoolfriend, John Rochester for an afternoon session. John had never caught a Zander before, but by the end of the afternoon, between them they'd landed 7 - including a nice Brownie for John!

My next trip to Grafham was Trout fishing, practising for the Airflo International Midland Heat, which the Pitsford Pirates had entered. In practice, I fished with Bart Farmer covering from Sanctuary Bay right round to the Sailing Club. We caught a fish each in Savages but eventually found lots of fish from the Nature Reserve right in to Valley Creek. After perfecting a couple of methods, and pooling all of our knowledge as to where to go and what tactics to use, we were ready for the match the next day!

I was drawn to fish with Nick Preston, fishing for the GWFFA team. I'd caught 4 and Nick had caught 5 when boat pressure in Valley Creek took a toll within the first two hours, so we had to search around for more fish. It turned out to be quite a tough match - I finished on 7 fish, and they were all tiny, but Nick had a fantastic bag of 8 fish for over 22lbs! The top 6 teams qualified, and unfortunately, after coming 4th in the Lexus heat on Rutland where the top 3 qualify a few weeks back, the Pirates came 7th! To say we were gutted was an understatement, but that's fishing! Well done to those teams that did qualify though.

The hot, sunny weather we'd all been craving finally returned a couple of days after the Airflo match, and there was only one thing on our minds - Carp on the fly! We arrived very early at one of our local lakes, hoping that there would be a few fish on top, and sure enough, there were. Teasing them in to taking a couple of mixers off the top, it wasn't long before our home made flies, made from deer hair, did the business and we were both playing fish. Dad's first fish of the day was a broad Common of 20lb 2oz, then just a few minutes later I also hooked and landed a Common of 19lb 2oz! 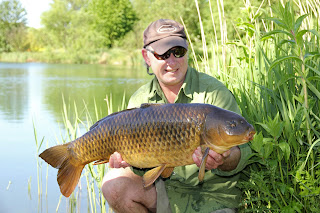 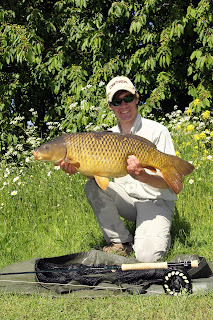 I was still wiping my hands with the rag when Dad hooked in to yet another fish, this time a Ghostie of 18lbs on the dot - for the first hour the fishing was quite insane! 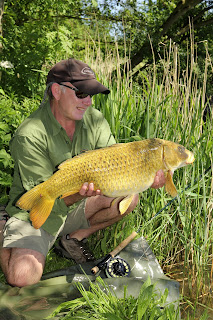 After he landed the Ghostie though, the fish became a bit more wary and although plenty were showing, they were reluctant to take. The beauty of flyfishing is that you can land a fly right in front of a fish you're targeting, without spooking it, whereas if you cast a controller float to it, there's a good chance the fish will bolt off in the opposite direction because of the splash. I caught a couple more doubles, although not big, but it was great fun stalking them! 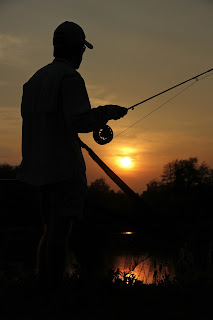 On June 6th, the guys from Pure Fishing, including myself, helped run a tuition day at Cob House Fisheries in Worcestershire for staff at GoOutdoors, who have recently been expanding their fishing ranges in their stores across the country. The aim of the day was to introduce them to different types of fishing, and hopefully, some of them would catch their first fish. On one of the lakes they fished for Carp with Steve Egerton, (Pure Fishing's Marketing Manager). James Robbins (Shakespeare's Brand Manager) was based on another lake fishing the pellet waggler. Roy Marlow and Wendy Perry of Marukyu were based on another lake and Grant Harris (Director of Pure Fishing UK) and I were teaching flyfishing on one of the other lakes. What I didn't realise before I got there was that there were no trout in the lakes! Luckily, I'd brought along with me a couple of mixer flies just in case there were some Carp on top, as it was forecast to be hot and sunny. Teaching someone to cast and catch a fish in one hour is quite a challenge (it took me a year or so just to learn how to cast properly), but a couple of nice fish were caught on the fly! Anyway, it was a great day, everybody caught, and I think that most people enjoyed themselves.

A couple of months ago I was invited by Sarah Collins, Chief Executive of Get Hooked on Fishing, to meet with her and Clive Copeland, Head of Participation of The Angling Trust, to see whether I'd be interested in helping youngsters learn a little about lure fishing. It was to be part of a 6 part mini series with Sky Sports and Sky Sports Living for Sport to be filmed and shown on Keith Arthur's 'Tightlines'. Part 5, which I took part in and will be aired tonight (June 21st), was filmed two weeks ago, and as there are no predators in the lakes at Ealing, we fished scaled down jigging and dropshotting tactics, using tiny softbaits such as Berkley Power Maggots and the Maxi Blood Worms. Whilst Pete Waterfield was giving the group a talk, my Dad and I set up 19 light lure rods, some of which had been kindly lent to GHoF by the Angling Trust - half of them with drop-shot rigs, and half of them with jigs. 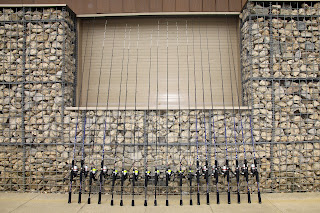 We finished just in time before the filming was to begin! Most of the youngsters had never used a rod and reel before, only having used a pole, so they did really well catching quite a few - in fact, nearly all of them caught, consisting mainly of small Rudd and a few tiny Tench. It was a great day and I met some lovely people - Nigel Botherway, the presenter, Pete Waterfield, Dean Macey, James Thornhill, Charlie Moore, Grant Fear, Eddie Edwards, and Chris Gadsden - to name a few! 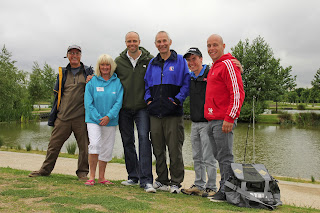 Sarah Collins and the GHoF team have put a lot of hard work in to helping young people get involved in fishing. Ealing is a well stocked fishery which is fun to fish, with good facilities, opportunities and a great project to be part of. Tomorrow is the launch of Get Hooked on Fishing Ealing, which is also going to be filmed for Tightlines.

Unfortunately, I'm finishing this blog on a sad note. For the past two years I've been studying Fisheries Management at Shuttleworth College, and tonight I will be saying goodbye to all the great friends I have made there, including the teachers, Chris Vaughan, Steve Waters and Claire Baker. I've had some great times and fantastic experiences I will never forget, and I'm going to miss them all hugely. I'd just like to wish them all the best in the future. Also, for anybody who is just leaving school and is interested in Fisheries Management, I would highly recommend Shuttleworth College. 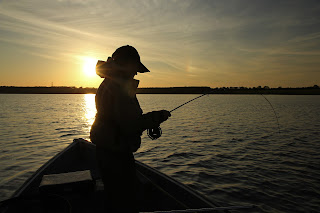