The lure of canal Zander... 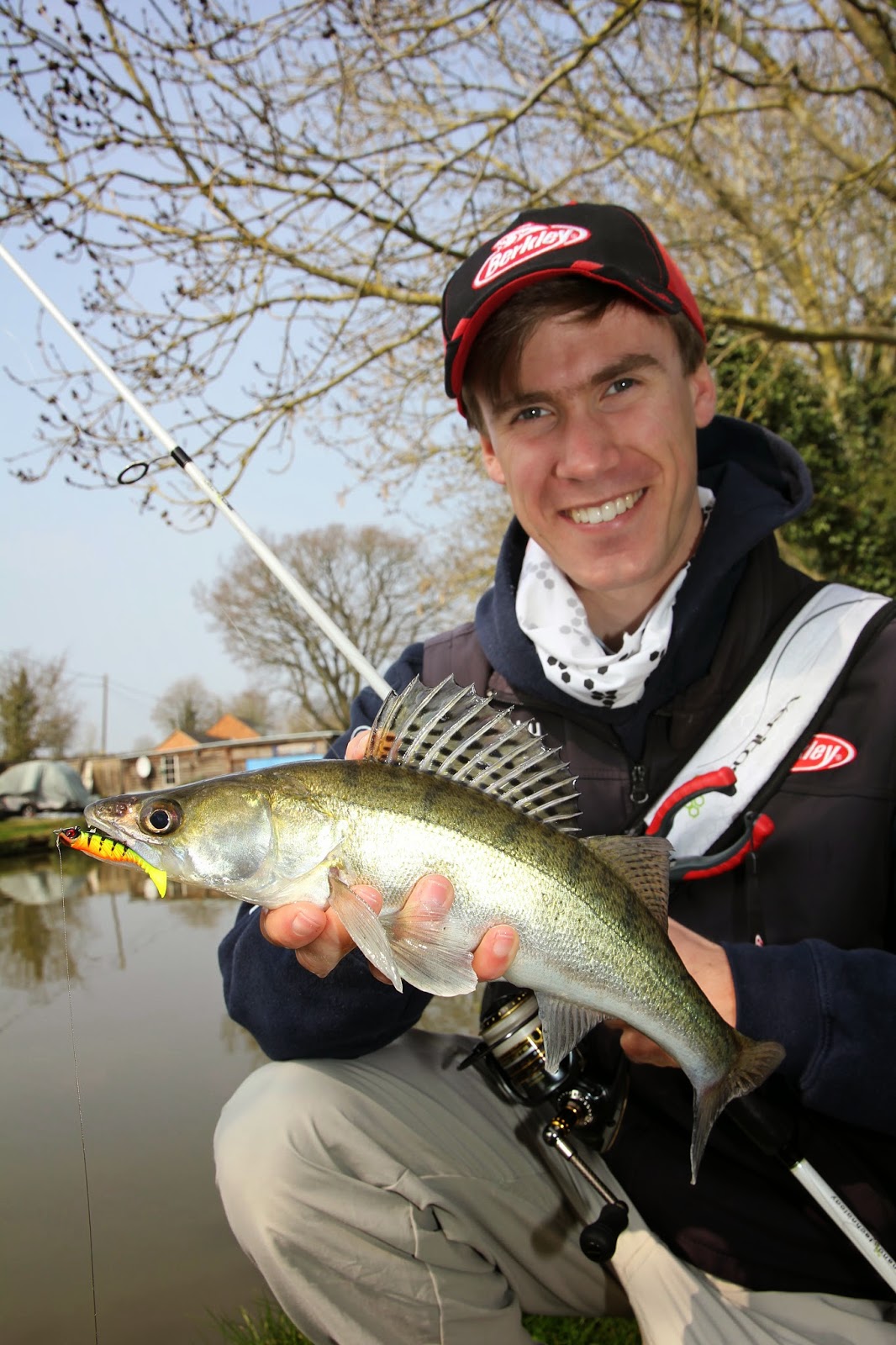 When the river season ended on March 15th, our intention was to have a break from the lure fishing, and instead, dust off the fly rods, as mid March coincides with the opening of the midlands reservoirs for flyfishing for Trout. However, this year, we've continued lure fishing for a few weeks longer than normal and spent most of our fishing time exploring canals in search of Zander, mainly on the Grand Union Canal. 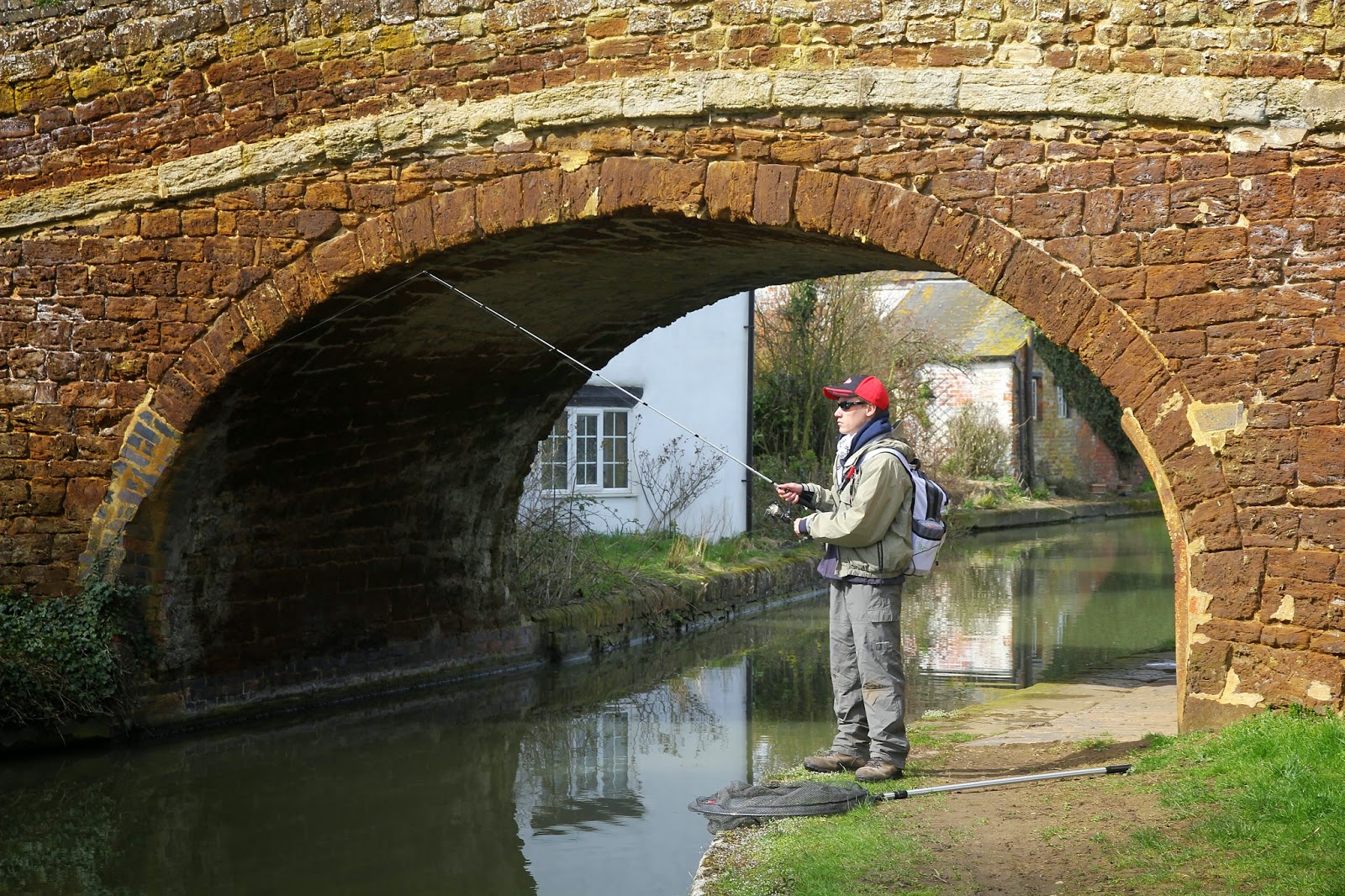 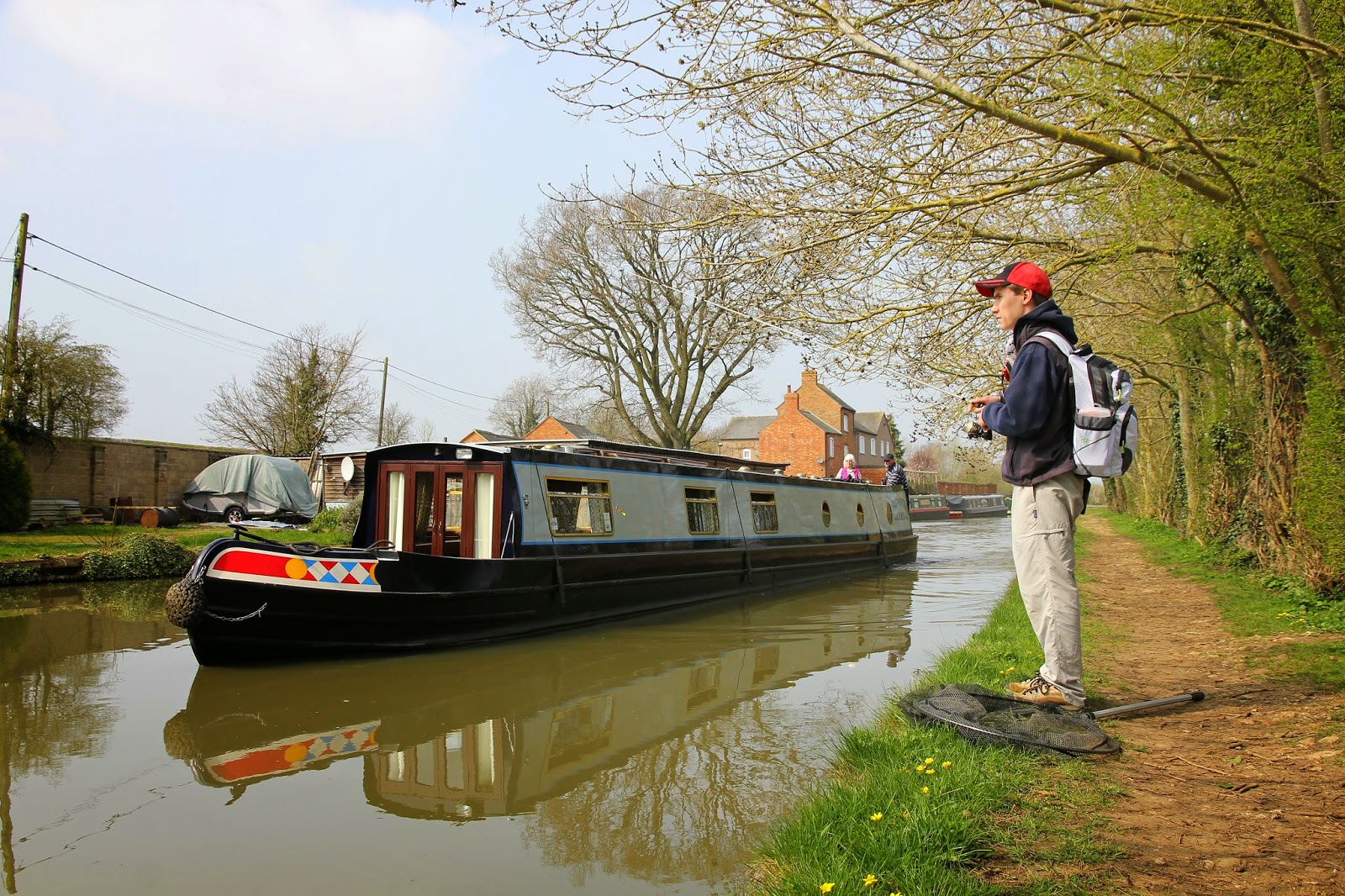 The canal has become increasingly coloured over the past few weeks due to boat traffic, but it hasn't stopped us from catching quite a few Zeds, as well as a few Pike and Perch. 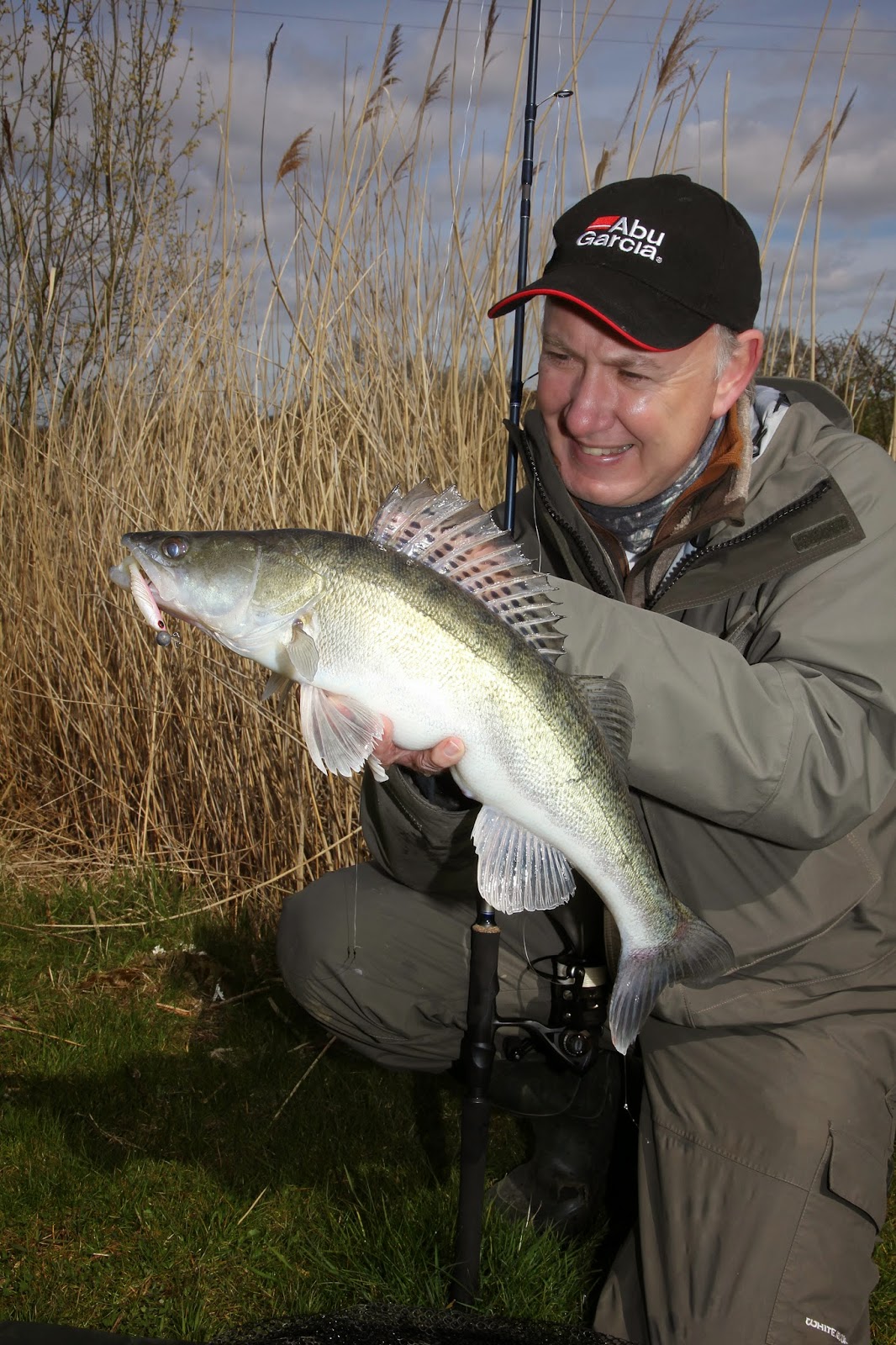 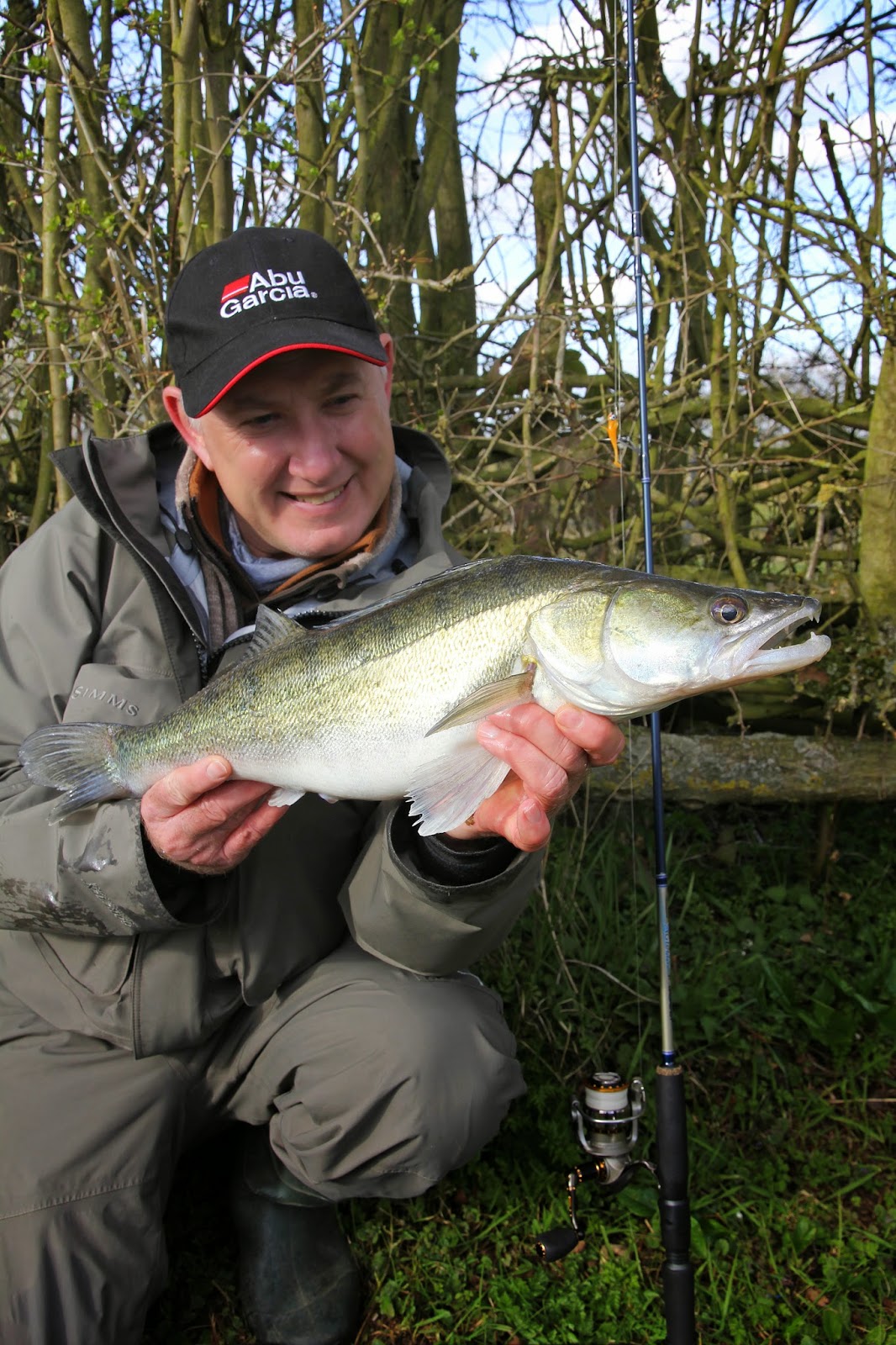 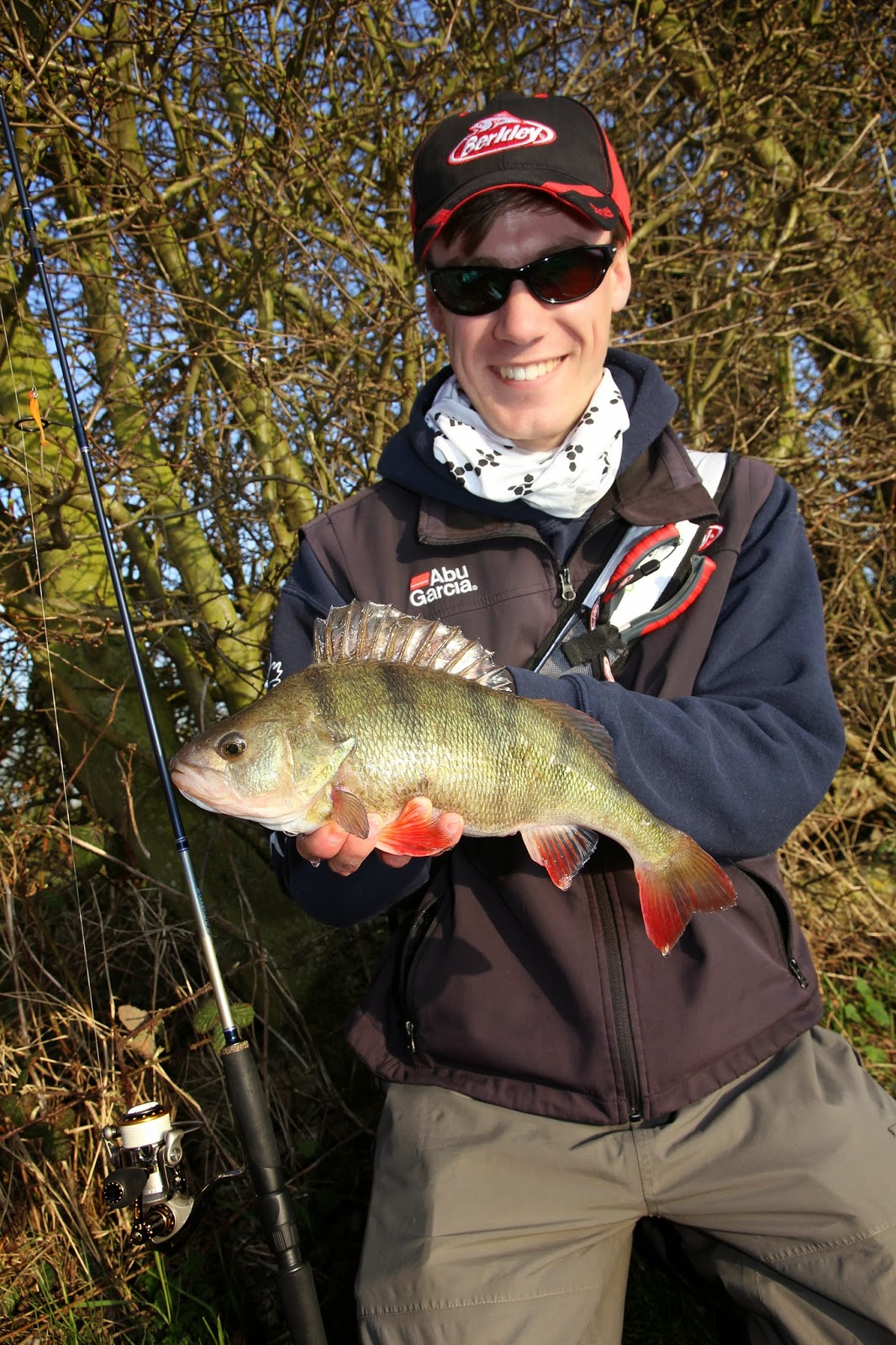 Most of our fish have fallen to jigged or drop-shotted soft plastics, between 1-3 inches in length. Some of these include the Berkley Ripple Shad, Berkley Flex Rib Shad, Sébile A.T Minnow and also the tiny Berkley Shrug Minnow, rigged on a 1.5g Powerjig Rock Head. When it comes to drop-shotting, the Berkley Twitchtail Minnow and Micro Sparkle Nymph have both been effective. 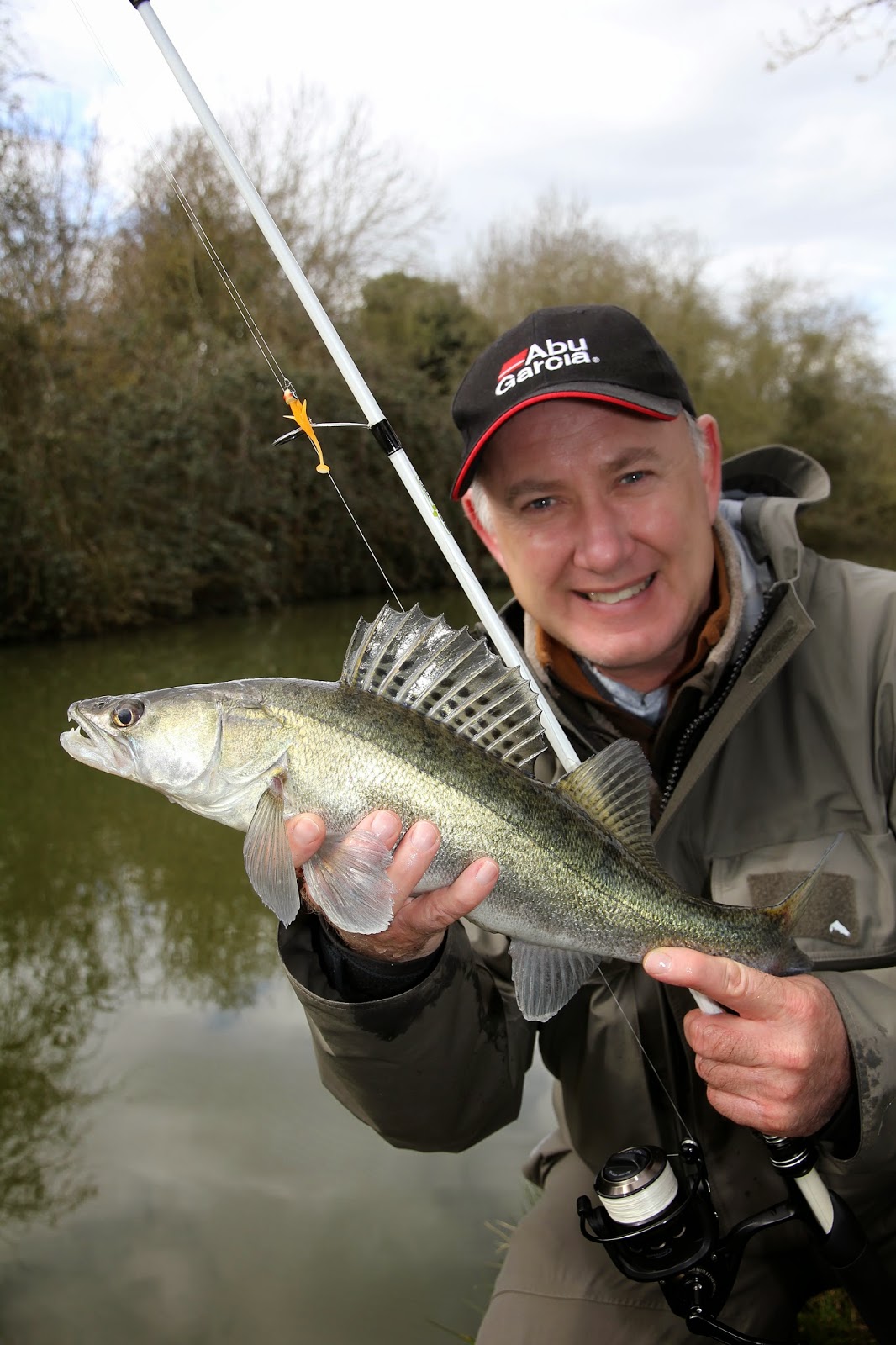 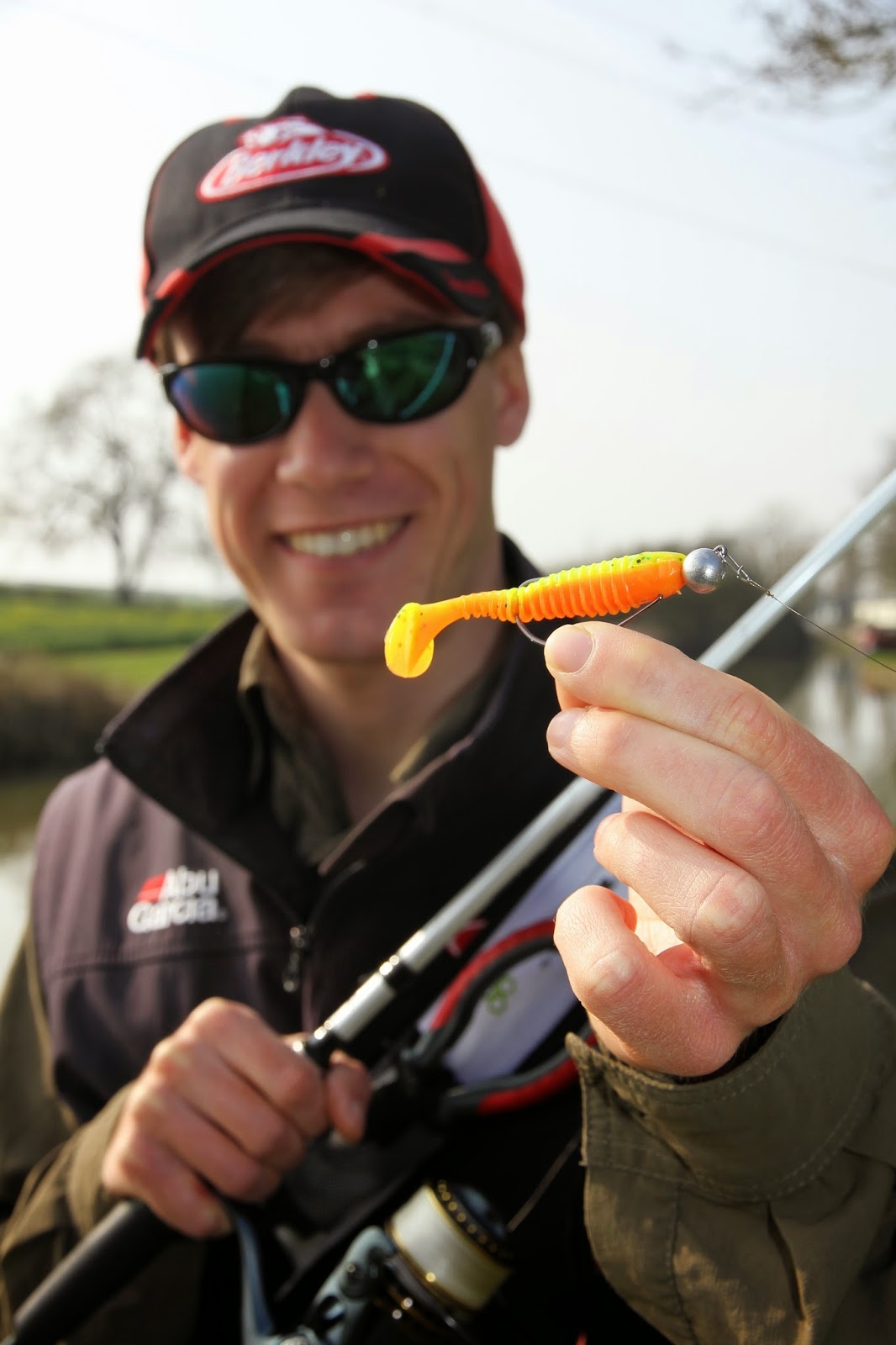 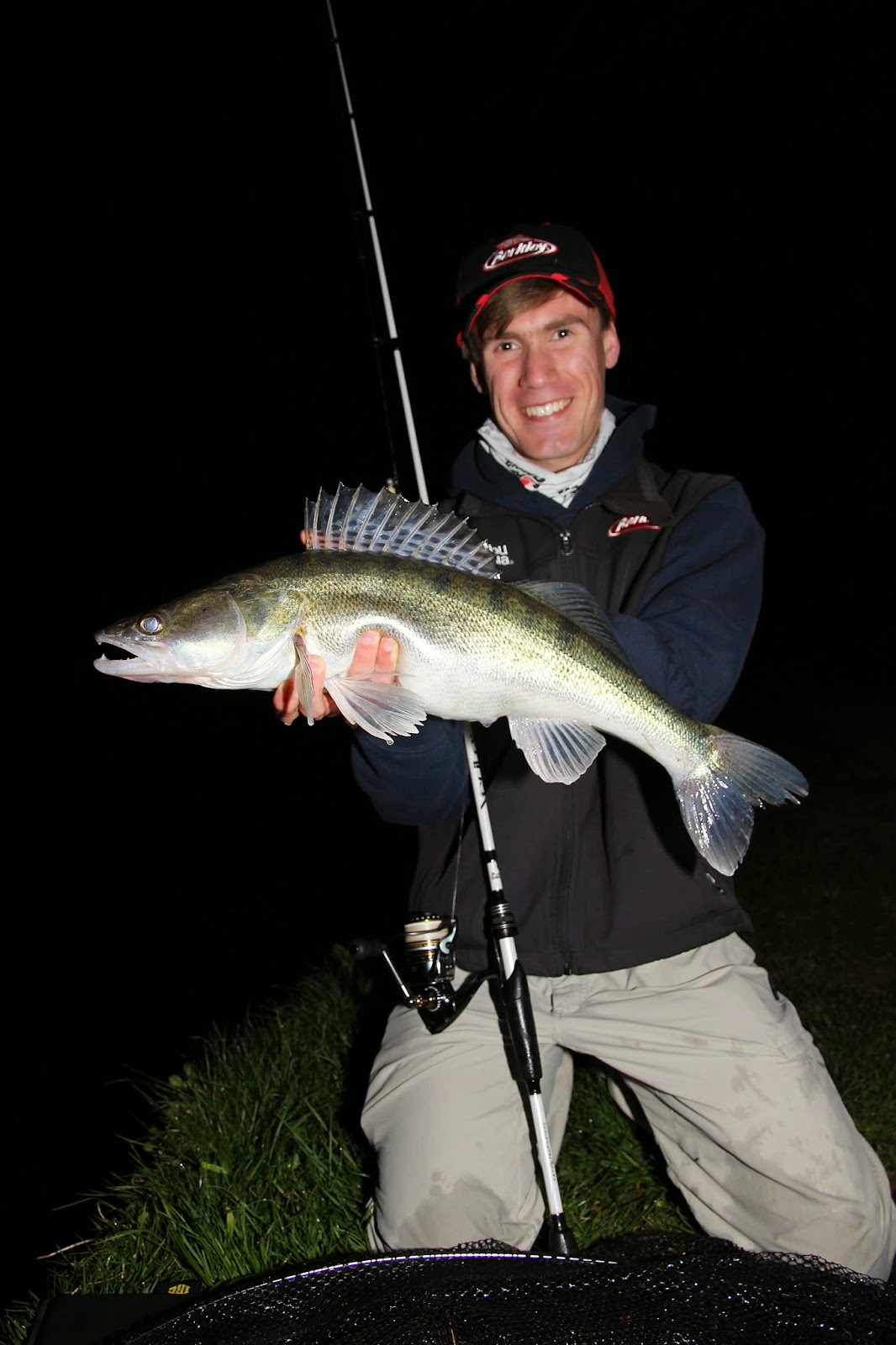 On one afternoon exploring a stretch of the GUC, my Dad hooked in to a big hollow branch, which was rotten, so it had been sitting on the bottom of the canal for quite some time. When we lifted it out of the water, we found it was home to lots of Crayfish, so I decided to 'match the hatch', and not long after changing my lure, I caught a couple of nice Perch. 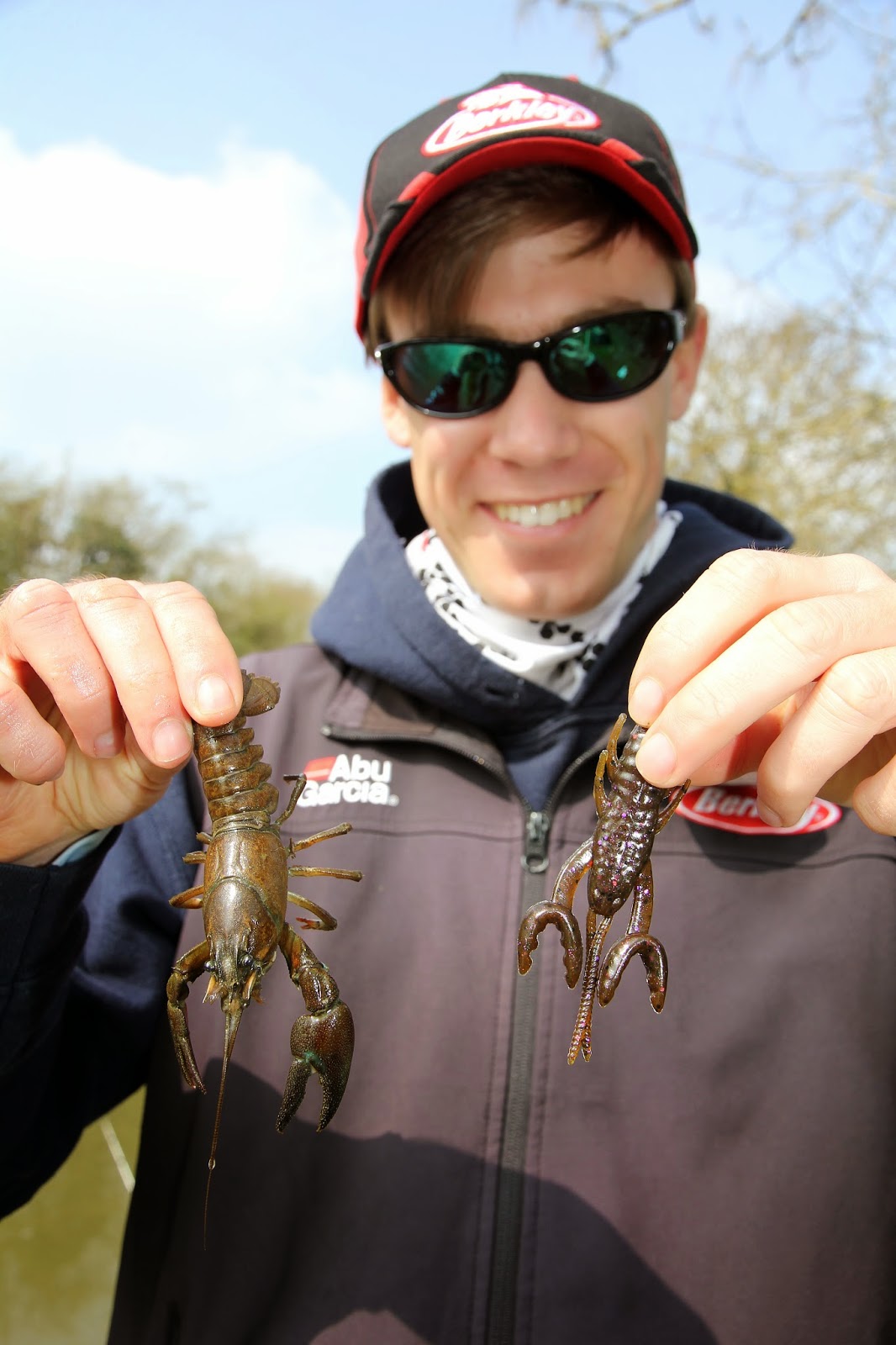 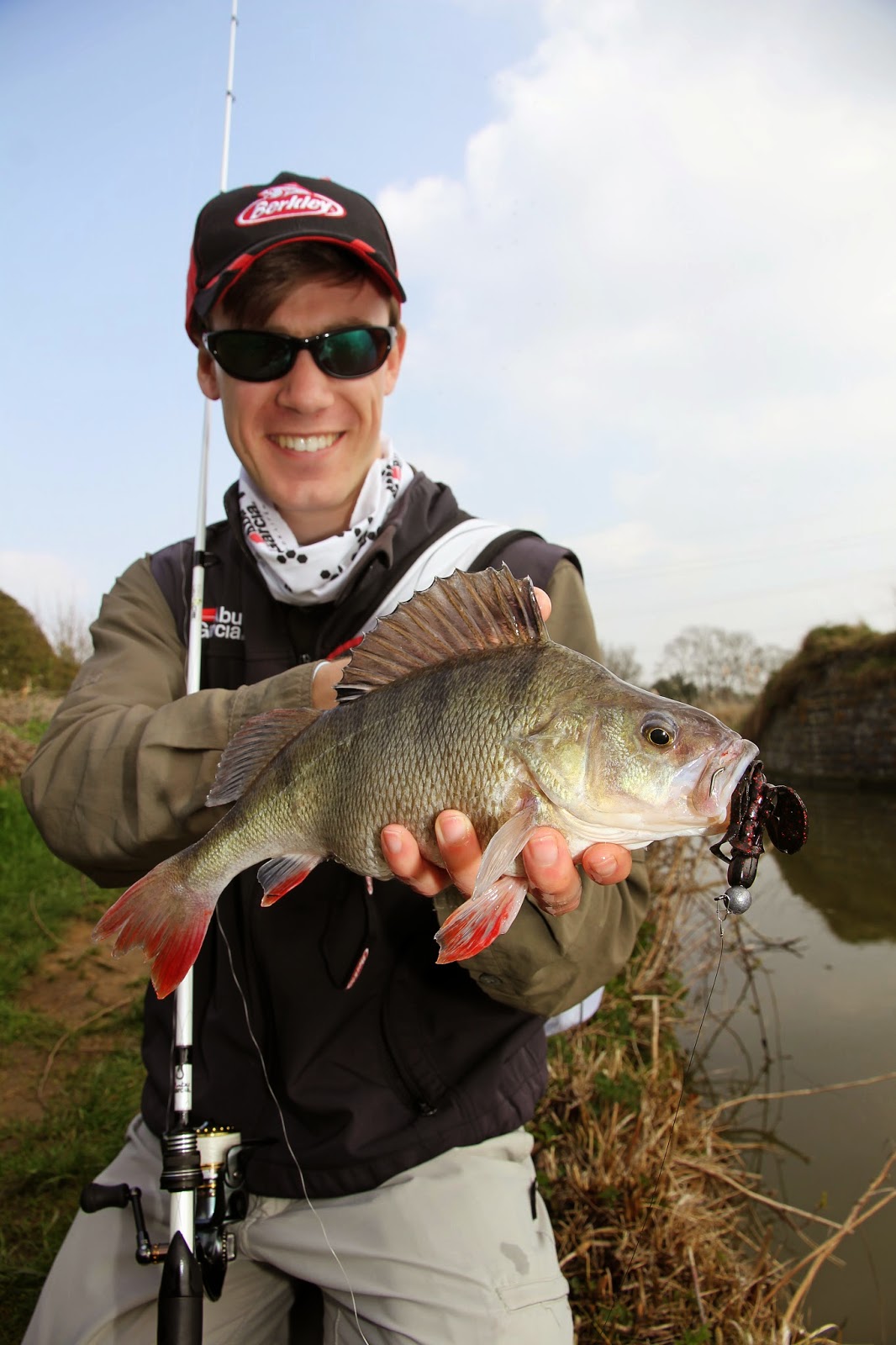 We also had a trip exploring the Coventry Canal right in the centre of the city the canal takes it's name from. Sarah Collins, the CEO of Get Hooked on Fishing, joined us and we met up with Dave Mutton outside his shop, Specimen Fishing UK, which is in a fantastic location as it fronts on to the canal basin! Unfortunately, the fishing was very tough that day and we only caught 3 Perch and a Pike, but it was great to meet up with Sarah and Dave and I'd like to go back there and give it another go sometime. 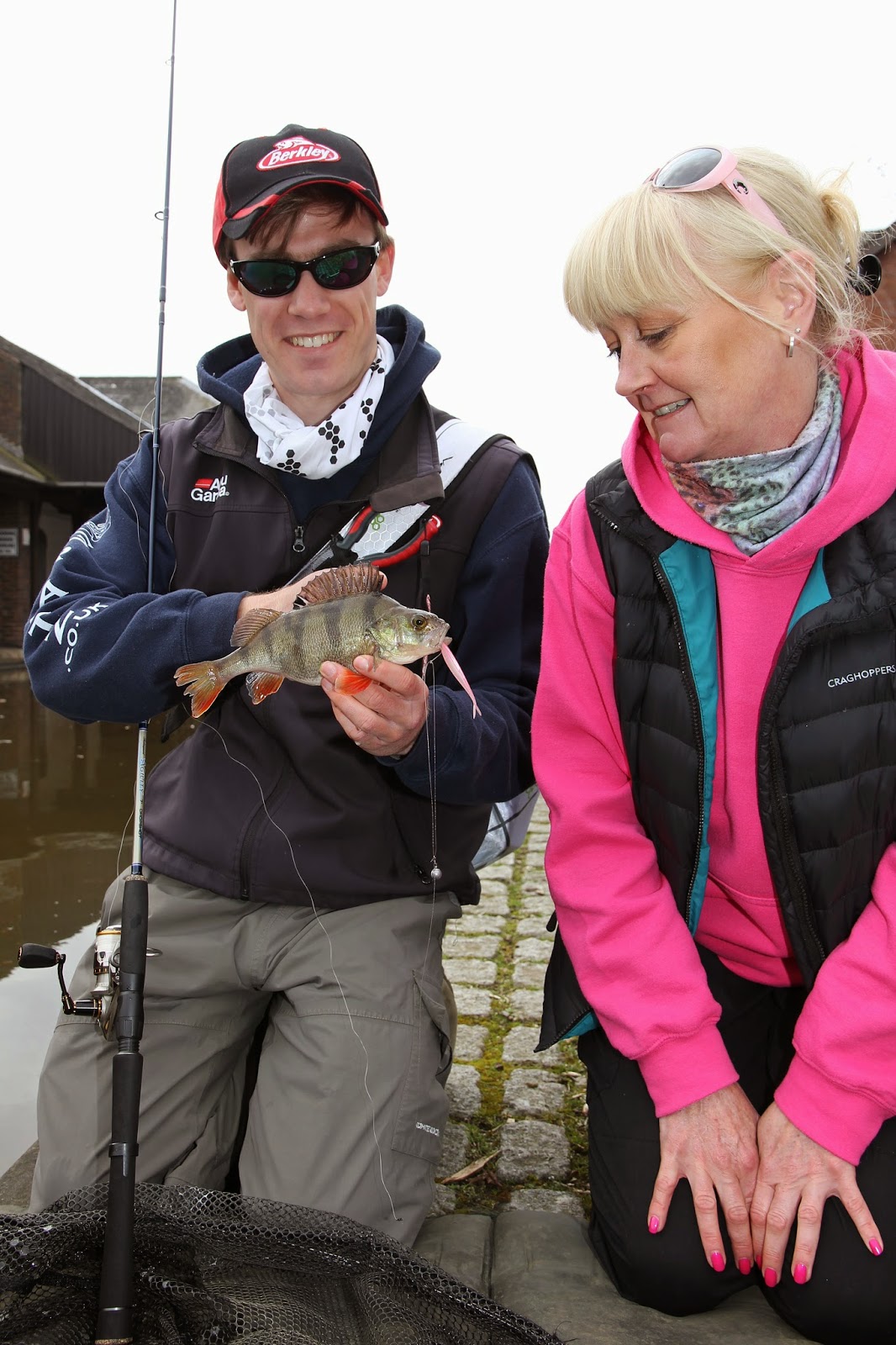 Two weeks ago I had my first trip flyfishing for Trout this year. The Pitsford Pirates had a team get-together at Elinor and it was great to catch up with them all, despite the crazy weather. There were wind gusts of up to nearly 50mph and heavy rain showers, which made casting quite challenging! We all managed to catch though, despite the conditions, and we had a great barbecue sheltered at the back of Bart's van!

Luckily, it was quite a lot calmer when I fished with Dad last week afloat on Grafham for the afternoon. My Dad had been really looking forward to some Trout fishing, but his first fish of the day was a Pike of around 5lbs, which took a damsel! The buzzer fishing was fantastic though - some of the takes were so aggressive that they almost ripped the line out of our hands! We caught 29 Trout, washing lining buzzers on a slow glass or fast glass line, with a booby on the point. The best fish was a beautiful Brownie of around 3lb 8oz that my Dad caught. 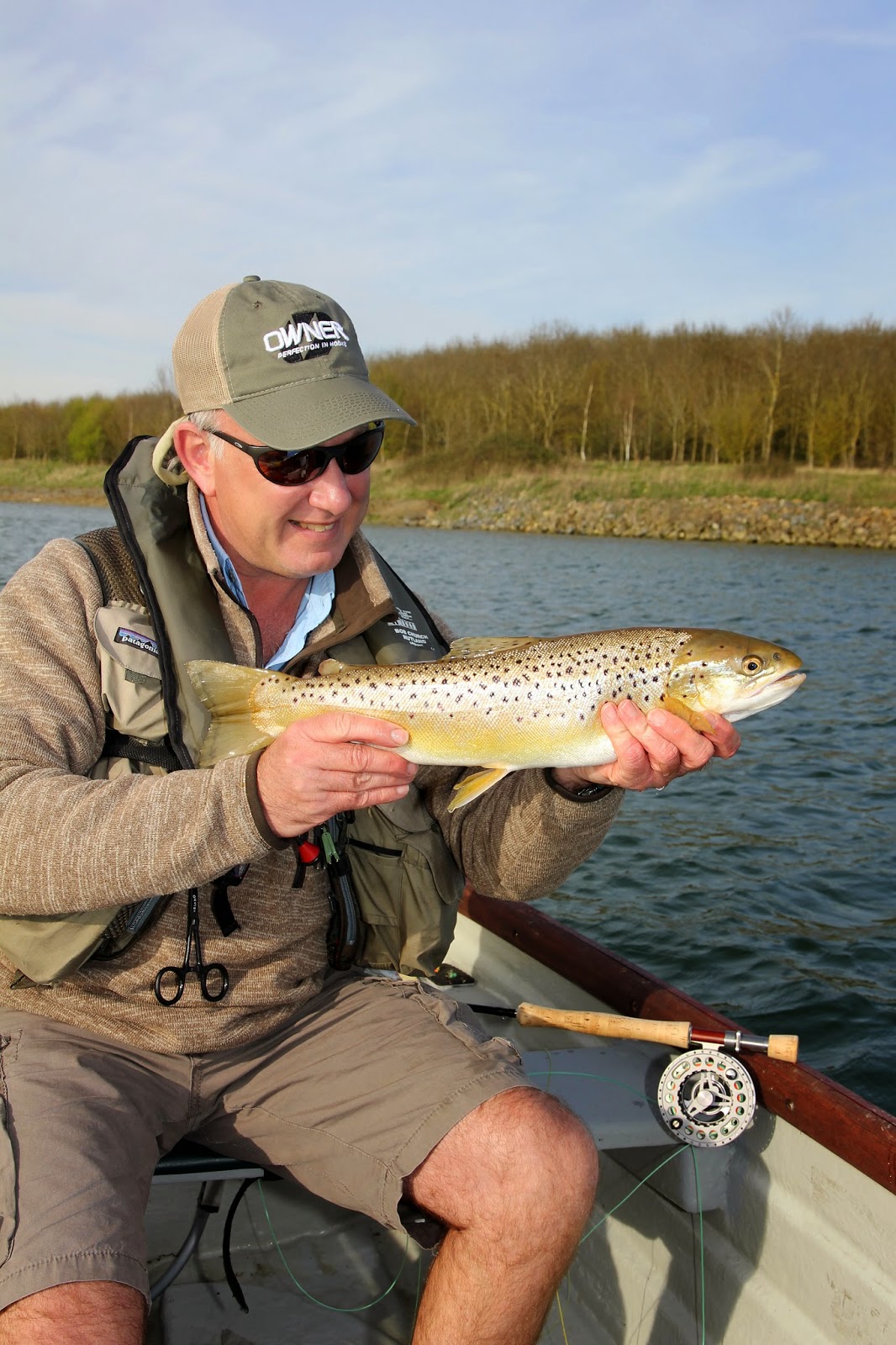 Back in March I was at The Big One show demonstrating lures in the pool at Get Hooked on Fishing's Funfair area. It was the second time I'd been to The Big One showing lures and this year was even busier than the last! There was a lot of interest around the pool from all ages, and there were lots of other activities to have a go at - it was a great weekend for the charity. Watching how lures work in a tank or pool is very interesting, especially experimenting with different rigging methods and retrieves. Emptying the pool after the show ended on the Sunday was a challenge though! 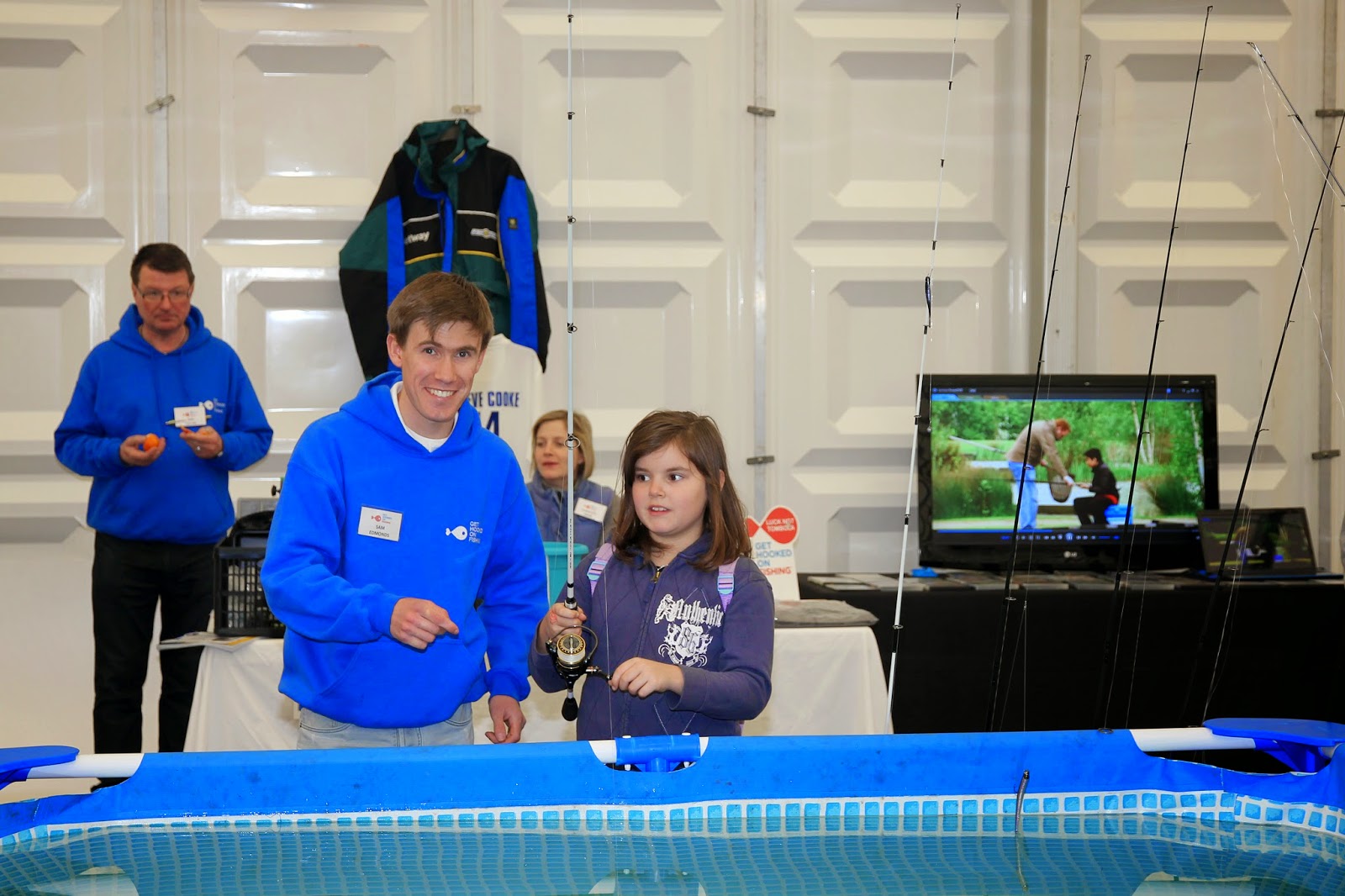 Last Saturday, I was also demonstrating lures in the new lure fishing section at Chapmans Angling in Hull. I'd never been to Chapmans Angling before so it was great to meet up with the guys in the shop and Stewart Hay from Pure Fishing.

The following day my Mum, Dad and I went to Get Hooked on Fishing Ealing for the Angling Trust and GHoF's 'Family Fishing' event. Dad and I were targeting coarse fish on tiny soft plastics, but unfortunately, the fishing was pretty tough - a cold northerly wind blew across Northala Fields, which made it feel very chilly! A few youngsters managed to catch their first fish on soft plastics though, mainly Rudd with the odd Perch. There was one young boy who was so made up with catching his first fish, a tiny Rudd, that after we put the fish back, he was running around telling everybody about his catch! A great day was had by all and it was great to catch up with many good friends. 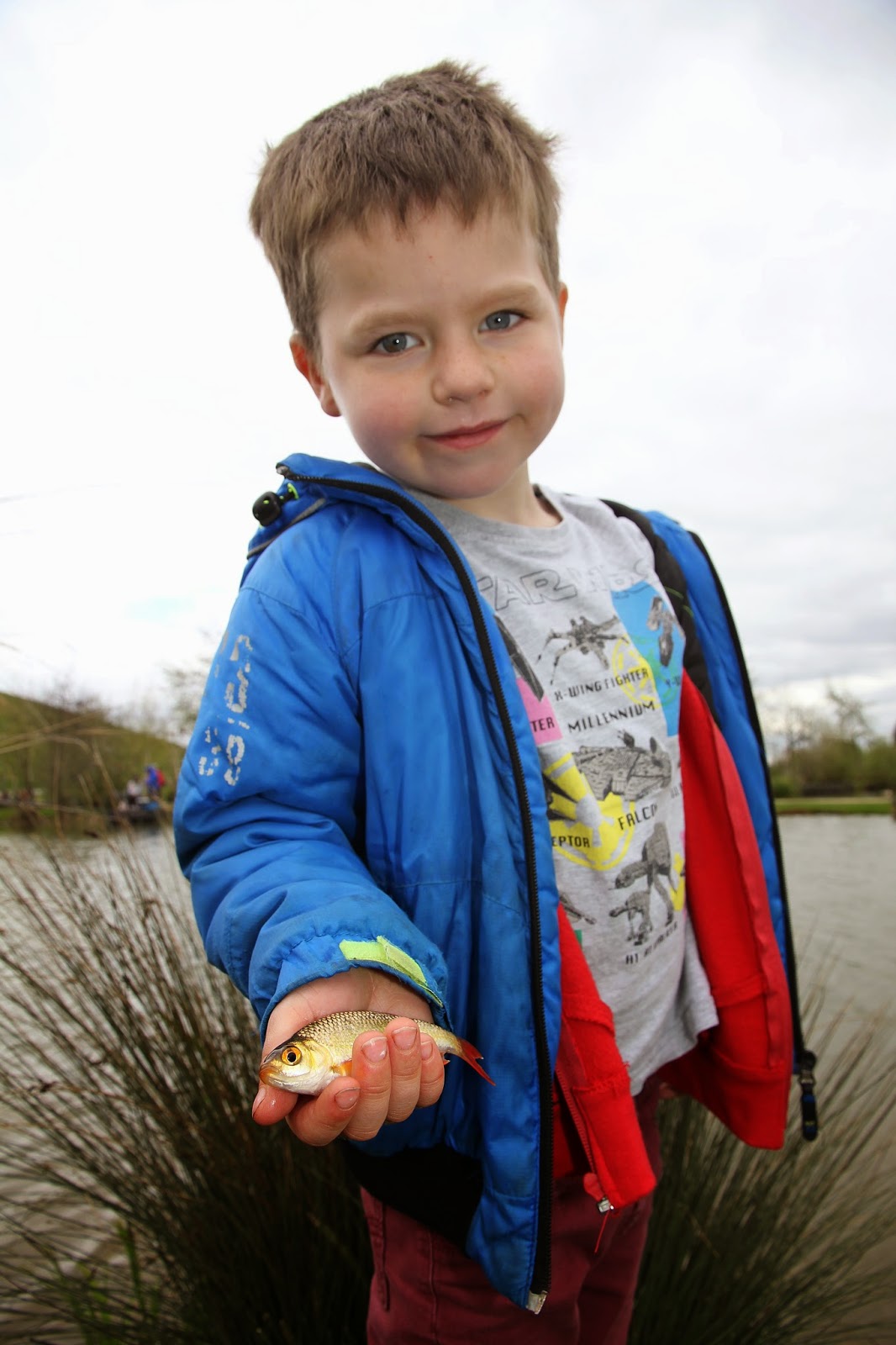