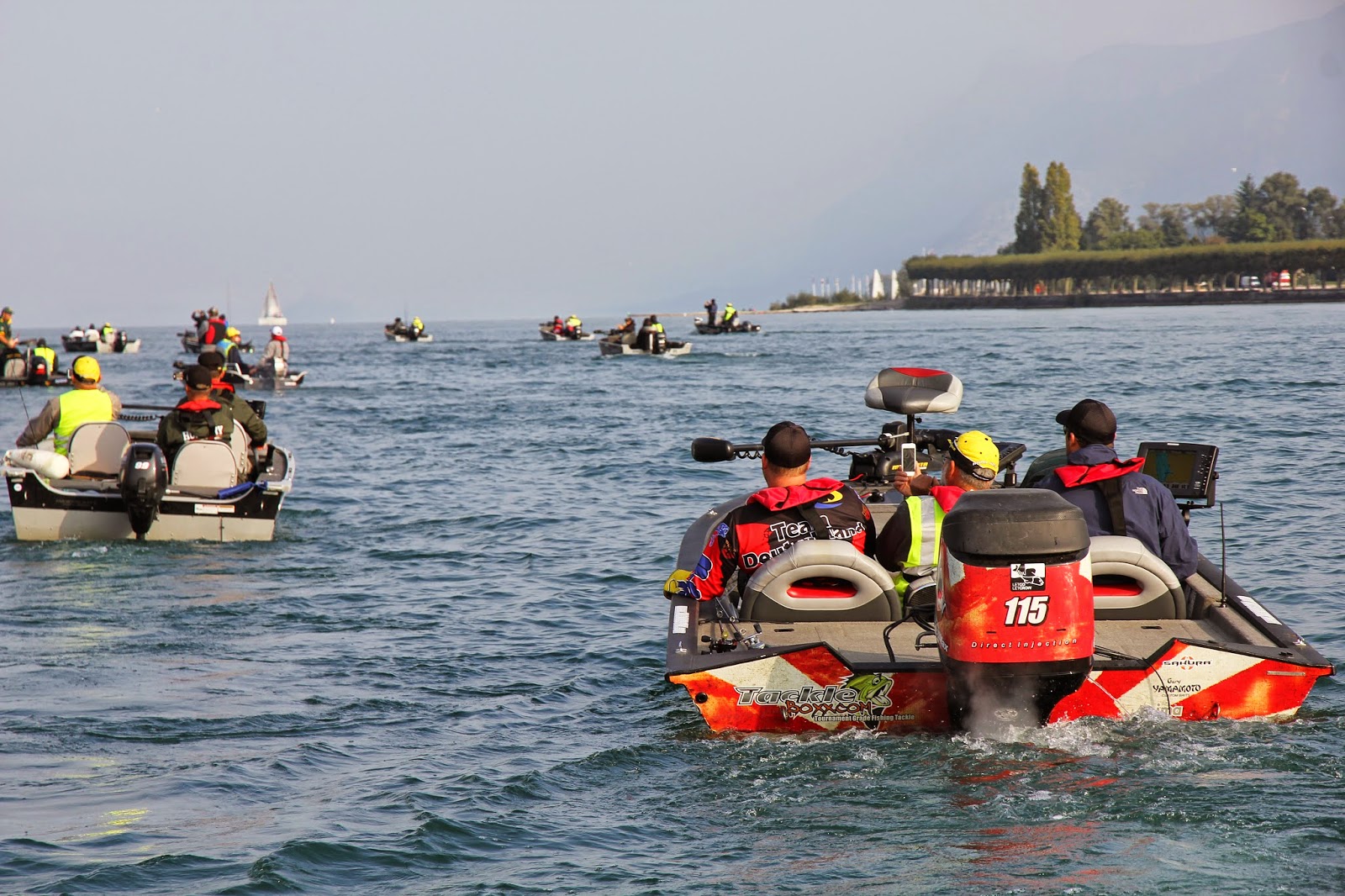 Last year, my Dad and I were lucky enough to be selected to fish for the first ever Team England Lure Squad in the 6th Carnivorous Artificial Bait Boat Angling World Championships on Lough Erne in Northern Ireland. To say it was an amazing experience is an understatement and thankfully, after the qualifiers back in May 2014, my Dad and I retained our places in the squad, along with Eric Edwards, to fish in this year's World Championships on Lac du Bourget in the French Alps. The new team members joining us this year were Dan Brackley, Rikki Cooper and Ron Dalton. 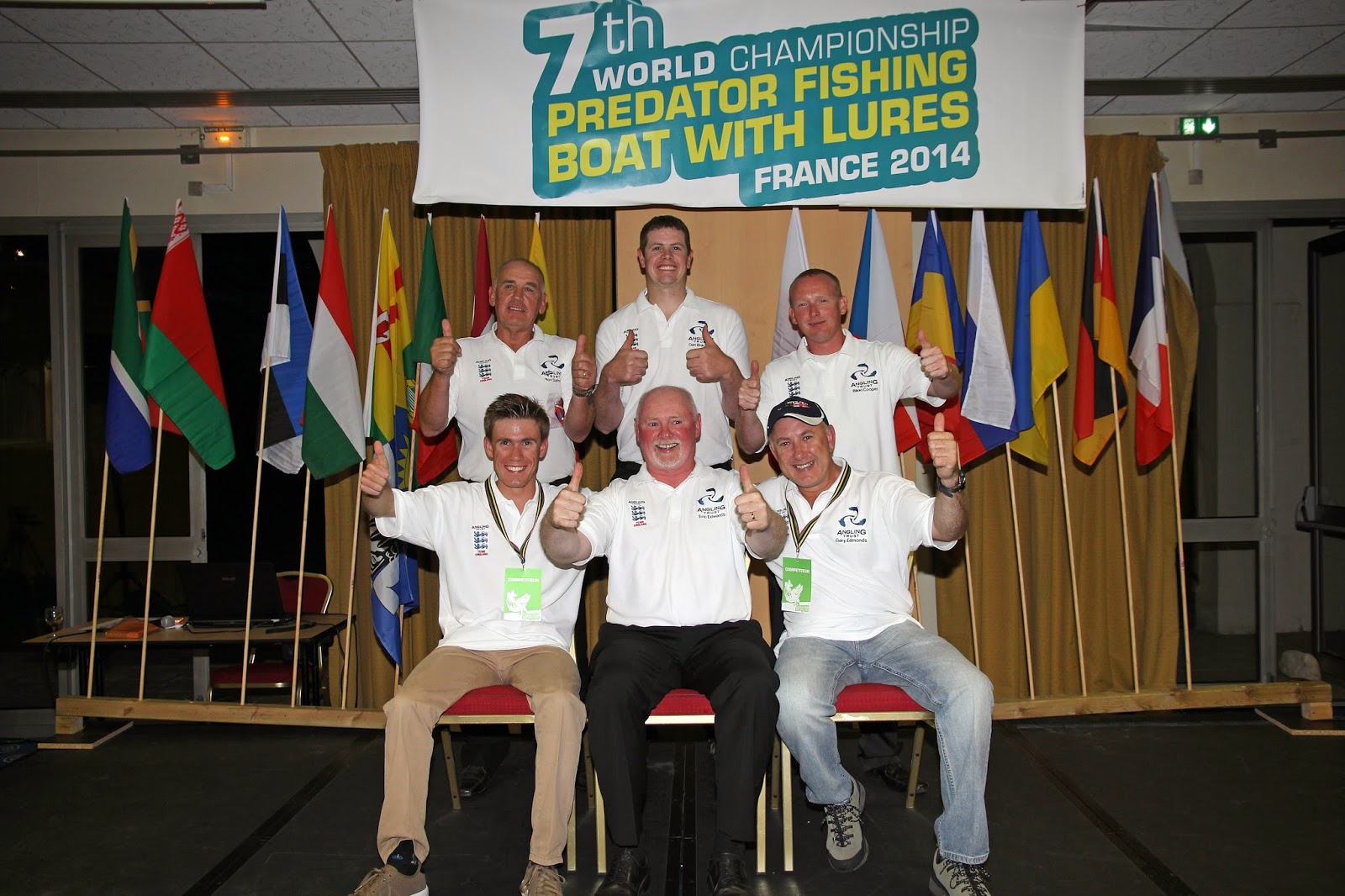 Dad, Eric and I had learned a lot from the 2013 event and we were desperate to improve on last year's performance. One of the reasons we didn't do well last year is because the team was set up very late and we didn't have time, or the funds, to get a practice trip to Lough Erne. With only two, six hour practice days allowed two days prior to the match, it's impossible to explore an allocated match area four times the size of Rutland! So, this year, earlier in September, Dad, Eric and I embarked on a 1700 mile round journey to the town of Aix-les-bains with Eric's brand new boat for three days practice. Unfortunately, we missed out on nearly a whole day as we had two tyre punctures on consecutive days, so this had to be sorted before we could head for home. 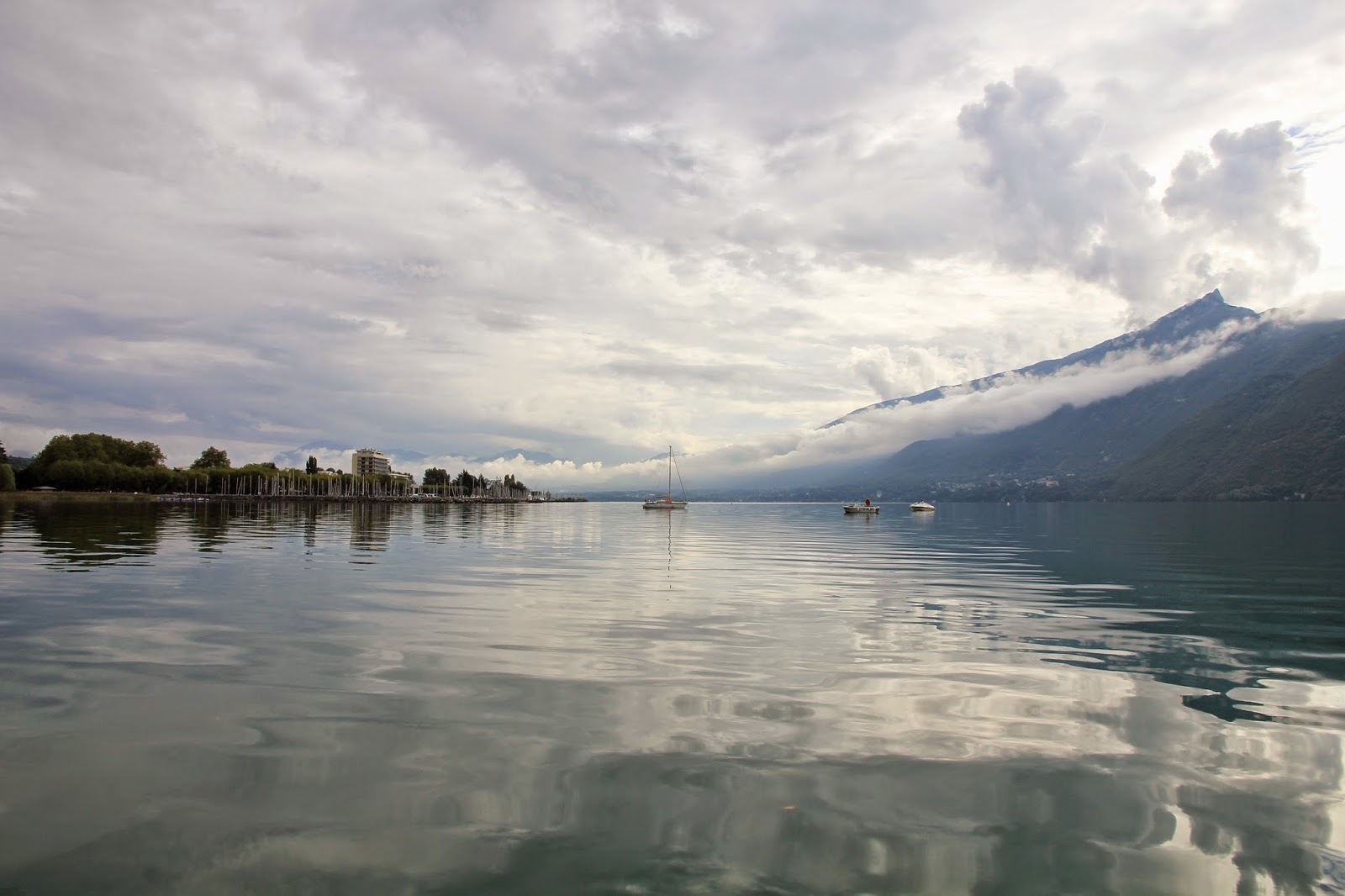 At 11 miles long and with depths of up to 450ft, Lac Bourget is the largest and deepest lake contained entirely within France, and it's probably the hardest and most unusual lake I've ever fished. Pike had to measure 50cm to count, Perch 25cm and Zander 40cm, and although we caught lots of small Perch, not one was measurable, and my Dad caught the only oversized Pike at just 50.5cm. We nicknamed this fish 'the £1000 Pike' as that was how much it cost us to go on our practice trip!

However, we came away with some valuable information for the team and we were all feeling confident for the tournament three weeks later. During the weeks leading up to the competition, we also had some great information that backed up all of our research we'd gained during our practice trip. It seemed Pike would be the target species as the Perch were too small, and from what we'd learned, Zander seem to appear out of the blue, but they're normally very big if you're lucky enough to latch in to one. 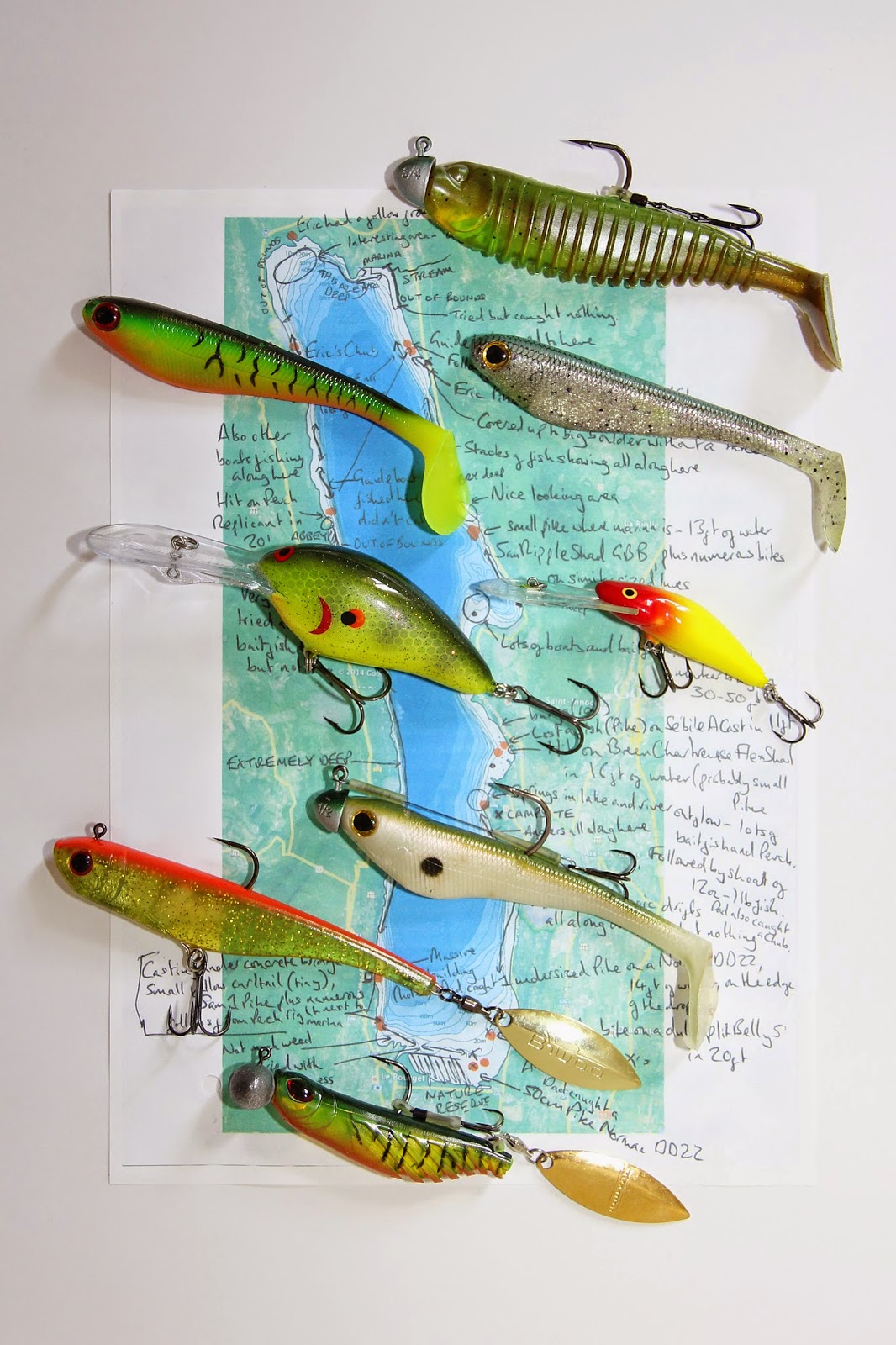 Sadly, from there, we had a catalyst of problems for the entire World Championships. Eric's bow-mount trolling motor didn't arrive in time, Rikki's trailer tyres were shredded as he was towing his boat through France, a broken outboard, a leak on a boat, a trolling motor was damaged and became unusable, a boat seat broke and worst of all, our manager, Mike Skipper, was taken very ill and admitted to hospital after the first practice day and missed out on the whole tournament.

All of these problems were incredibly soul destroying, to say the least, but it made us pull together as a team even more so, and Eric Edwards took on the role as both captain and manager. 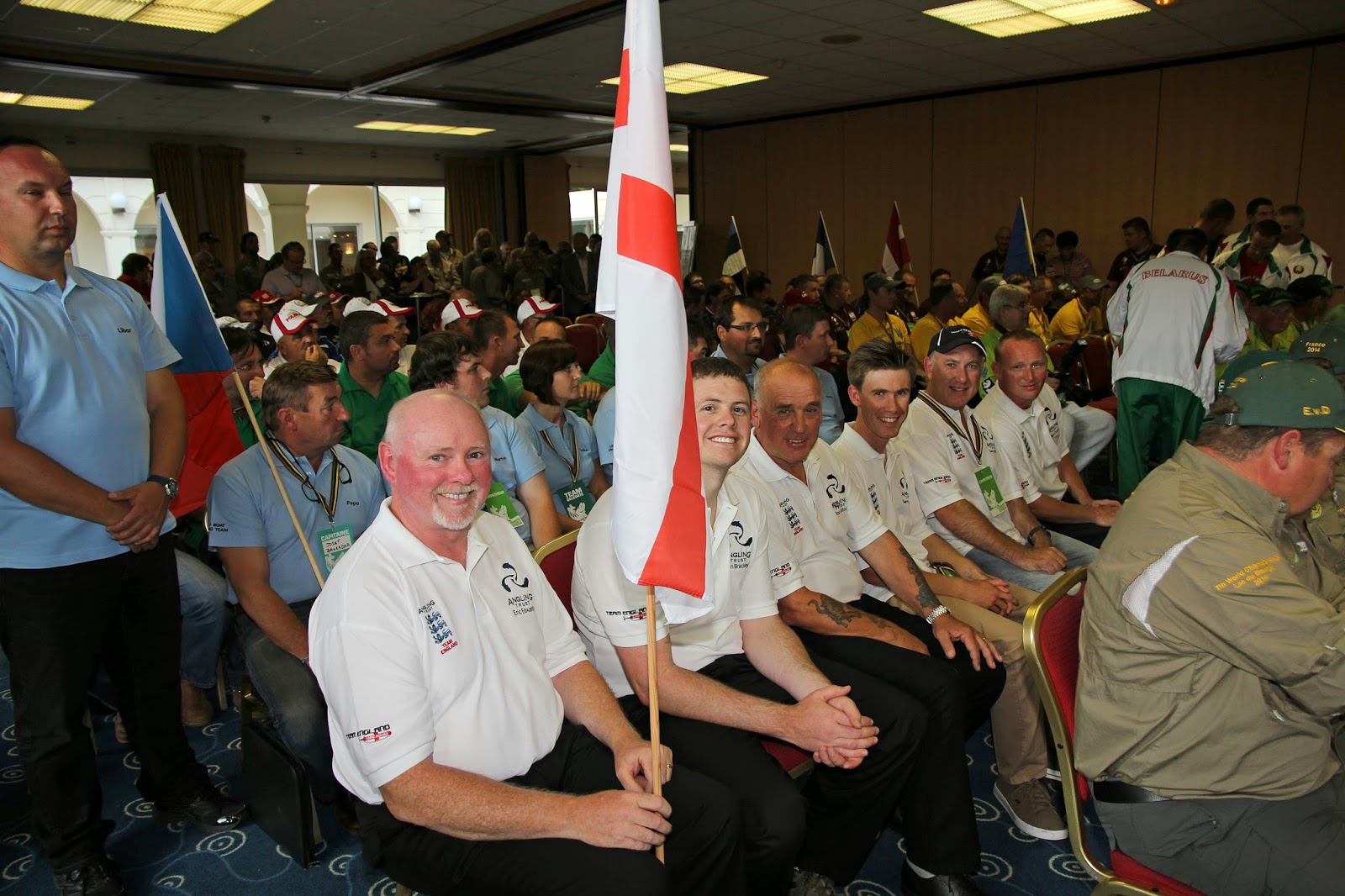 We'd found areas in the north and south ends of the lake where we'd had action from Pike. The shoals of small, undersized Perch were huge - the structurescan on our sonar was black with them in some areas, and we found these shoals over weedbeds where the bottom dropped off from 15-25ft to 40-70ft. Some of these drop-offs were very sharp and steep, and although we came across so many fishy-looking drop-offs covered in weedbeds and shoals of Perch, the Pike were hard to come by. 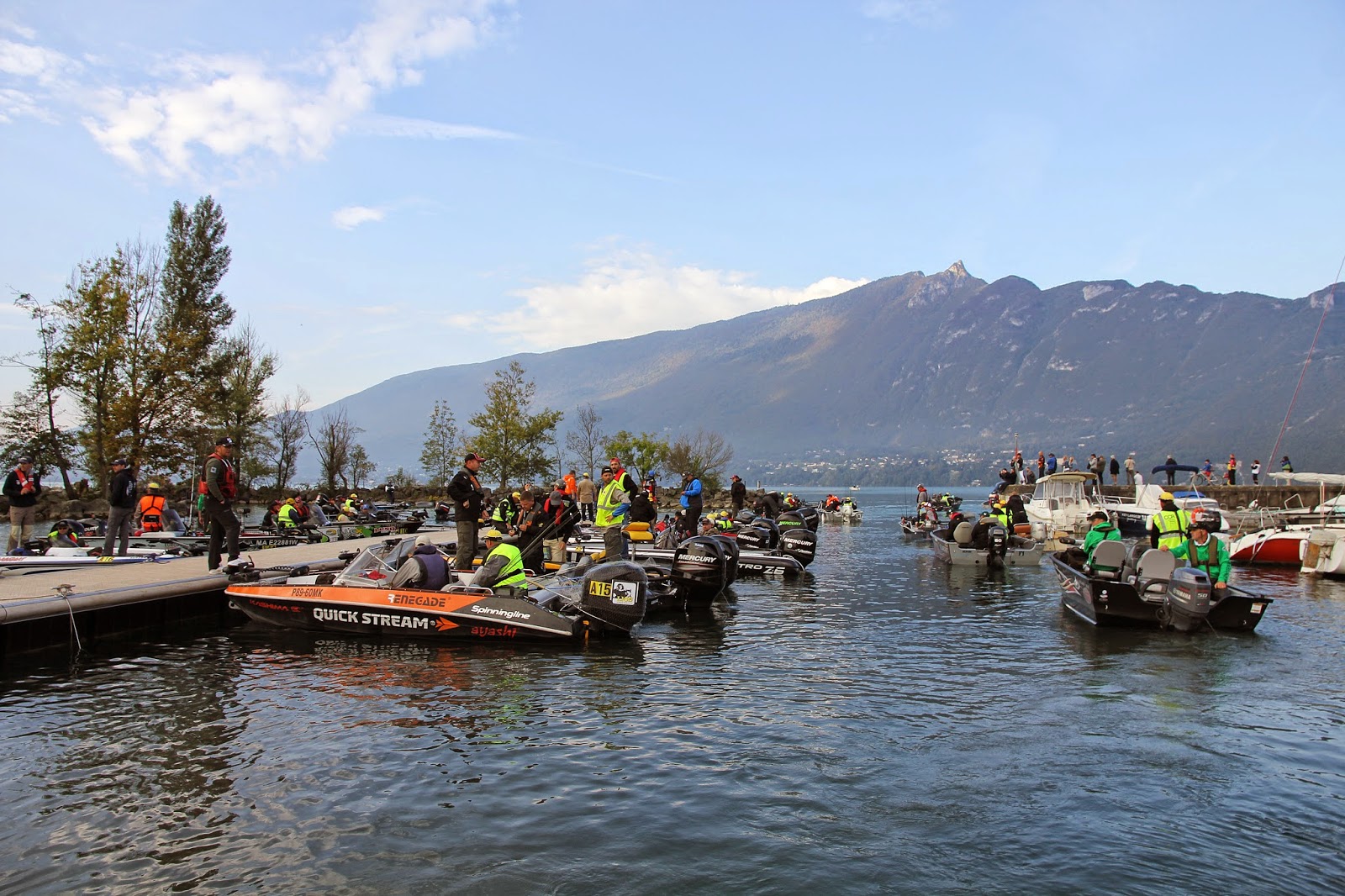 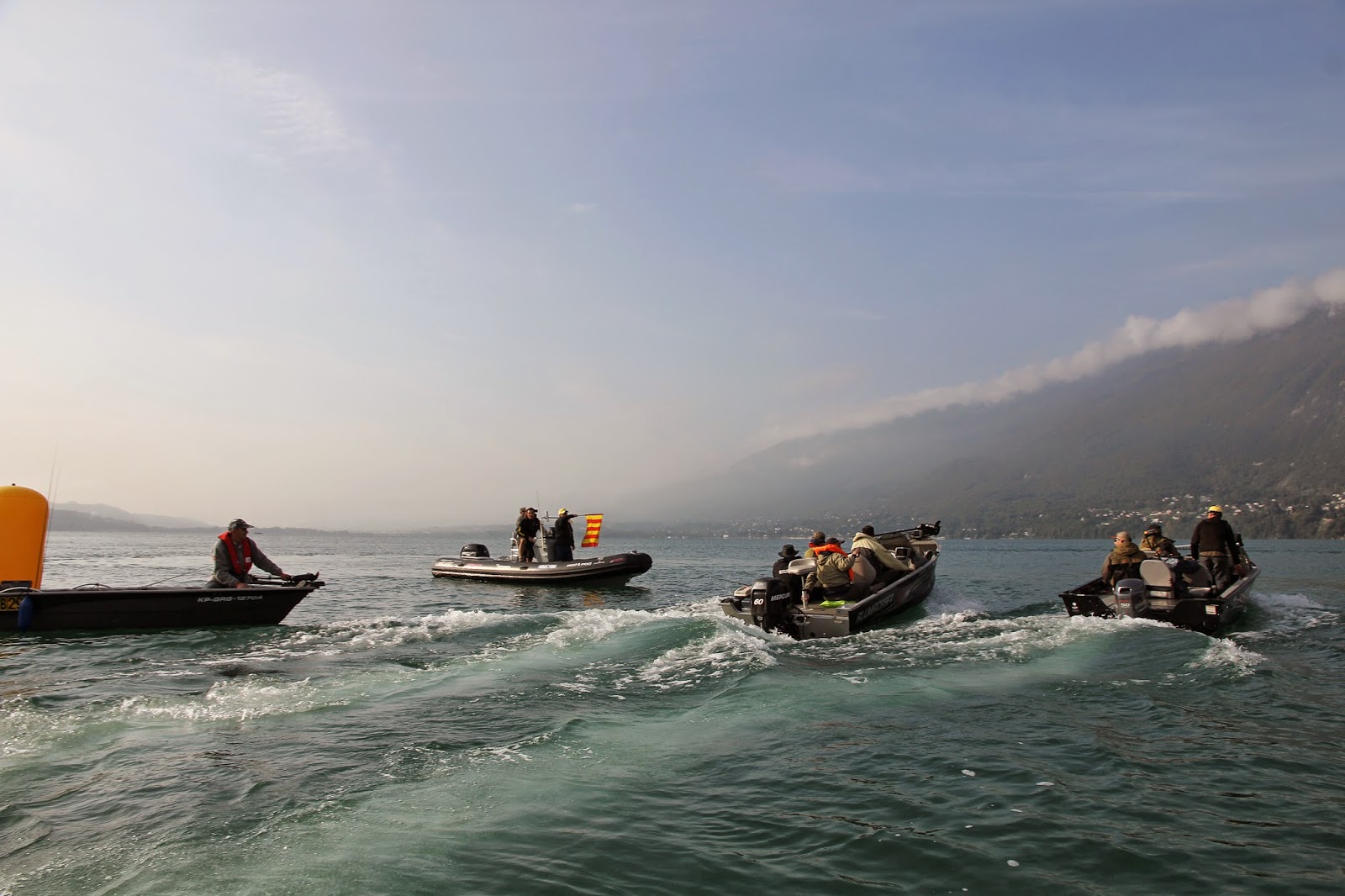 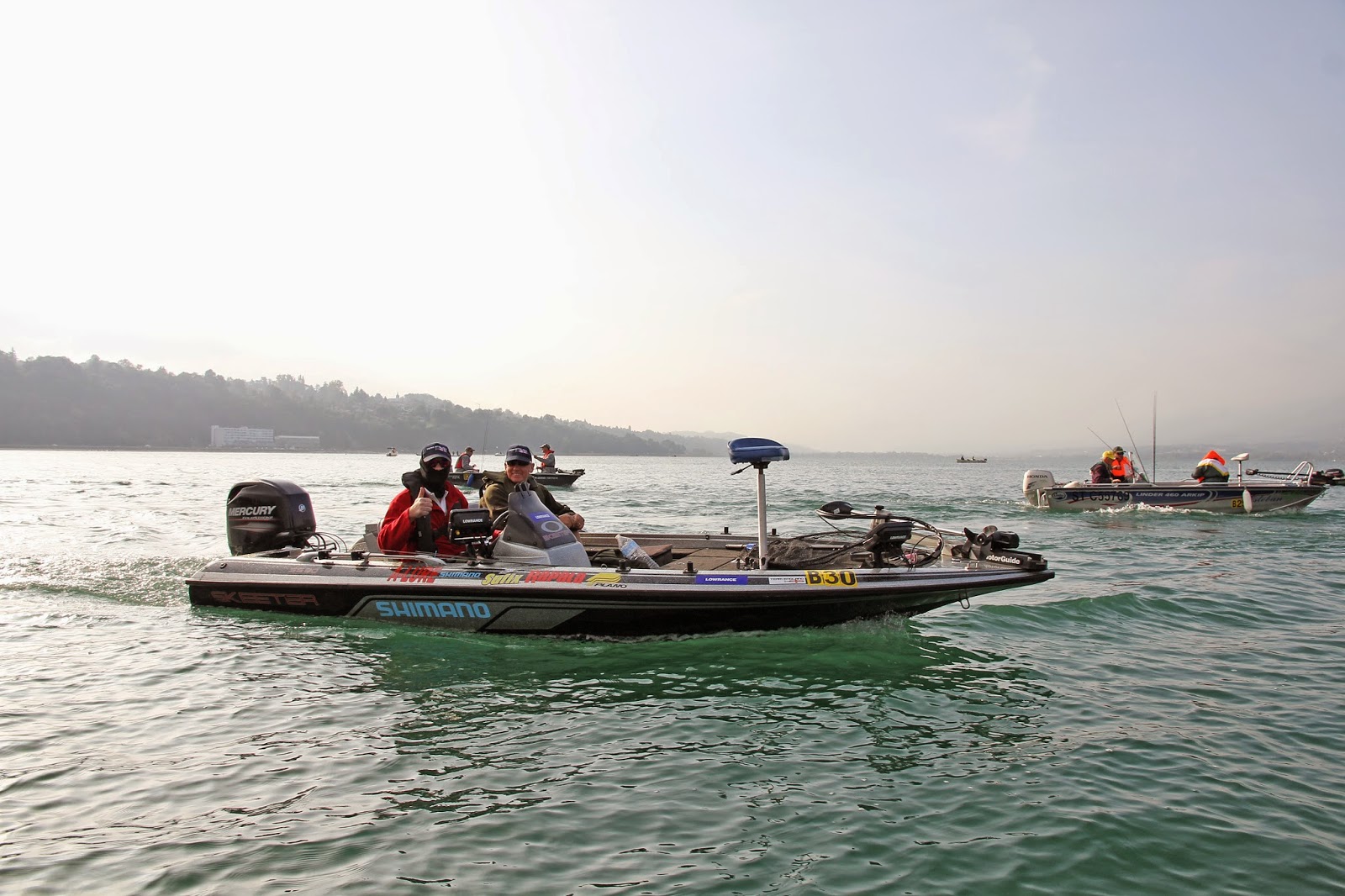 The pairings that fished on day one were Dan and Ron, who headed to the north end, and my Dad and Rikki, who headed south, as my Dad had caught fish here on the practice trip. Lac Bourget certainly lived up to it's reputation of being the hardest of the French Alpine lakes, especially with very warm, flat calm conditions, with at least 34 of the world's top lure anglers and 5 teams not recording a single measurable fish on day one. 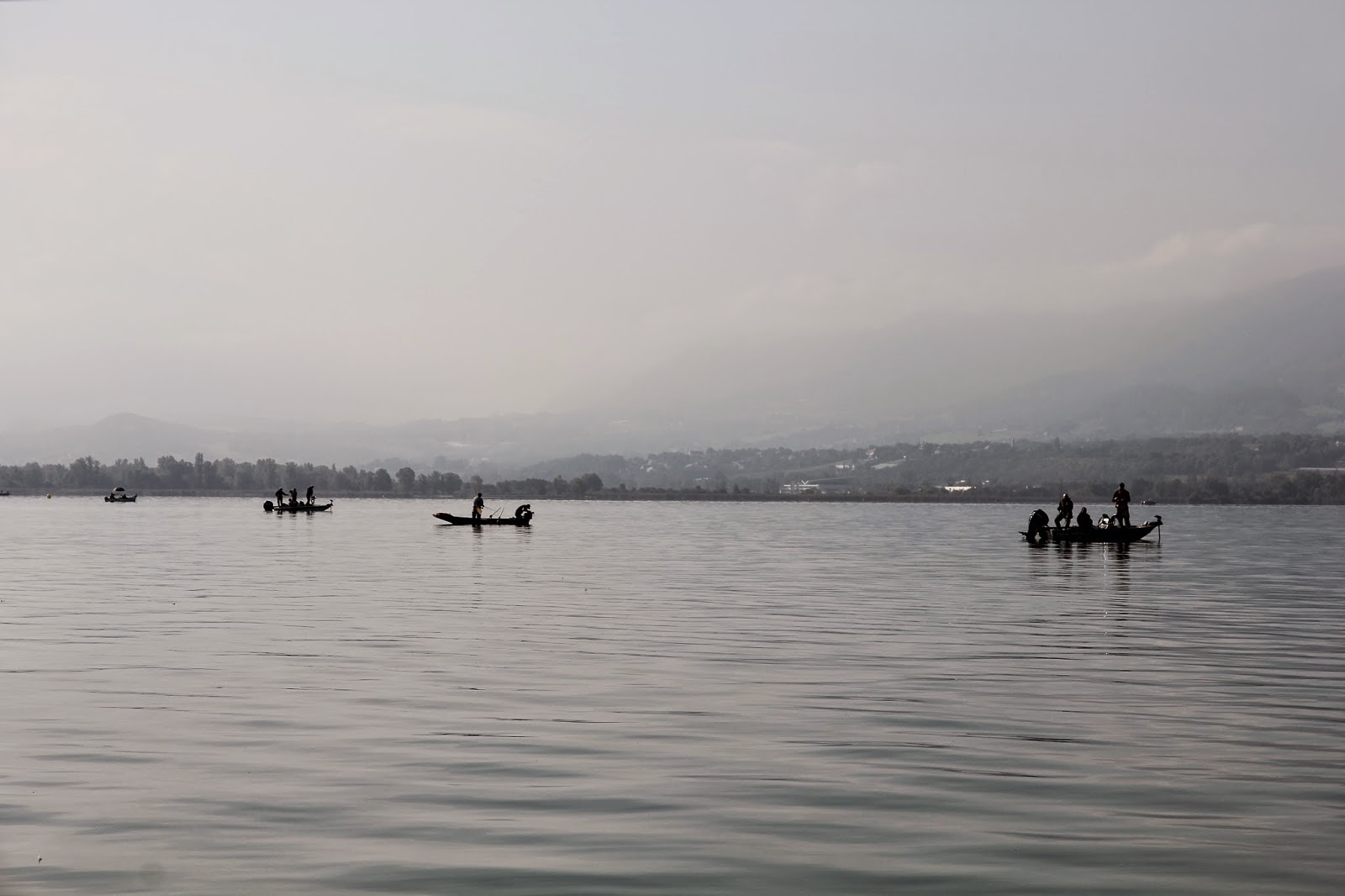 England caught two fish that were oversized, one of 59cm by Dan and one of 68cm by my Dad, which was England's biggest fish of the tournament. Both boats hadn't blanked and this boosted our points so after day one, we were placed 7th out of 16 teams. 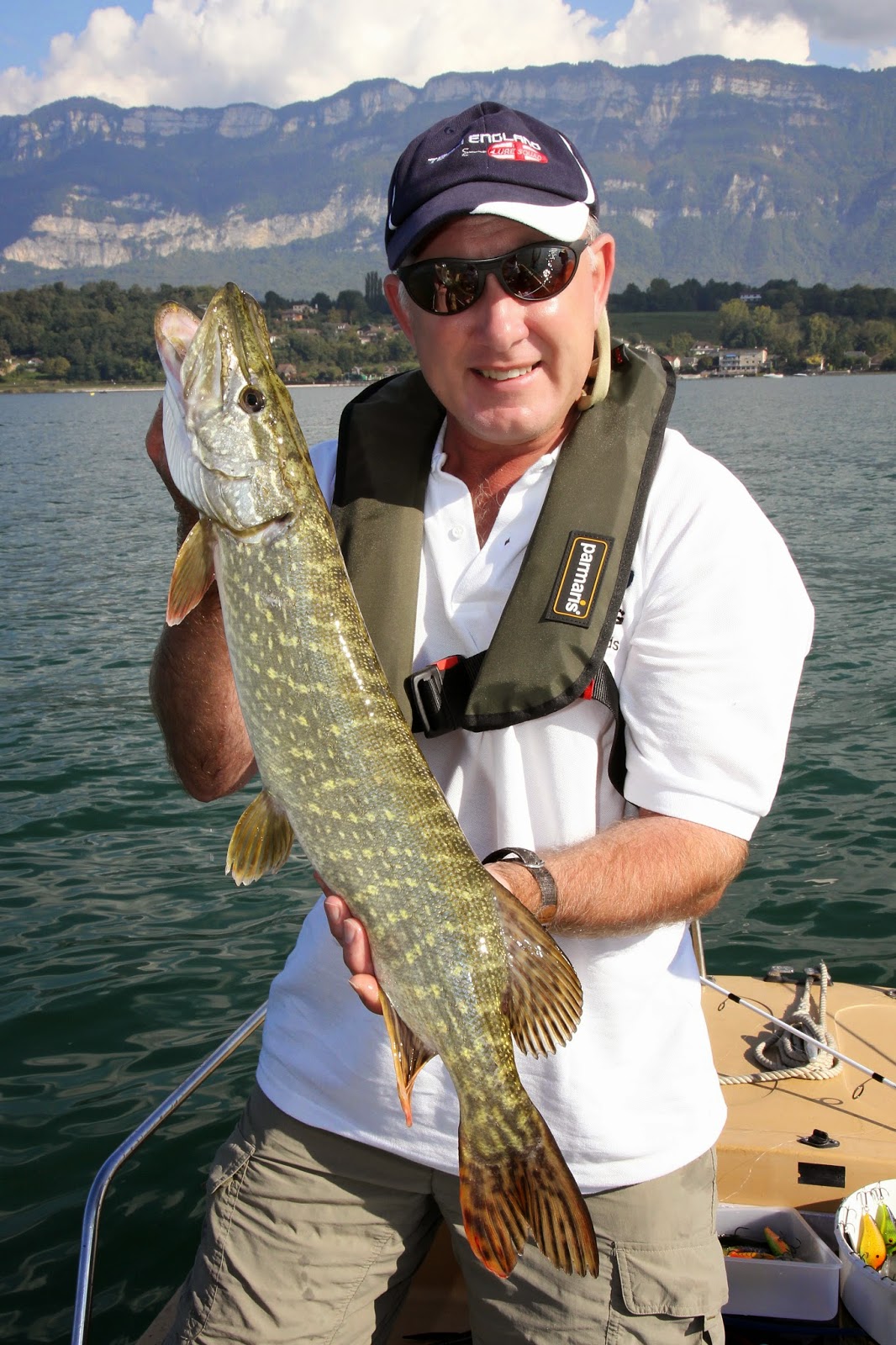 Whilst the four selected anglers were fishing on day one, Eric and I drove around the perimeter of the lake all day with a map and binoculars, taking note of how other teams were fishing, what tactics and lures they were using and where they were based. Mike Skipper wanted each of the six team members to fish on the match days so Eric and I replaced Dan and Ron on day two, although instead of being paired with Rikki, my Dad would join Eric down the south end. We'd only seen four boats down there all day and two of those were the Russians, who were in 4th place after day one, so both Eric and my Dad felt confident of catching there. 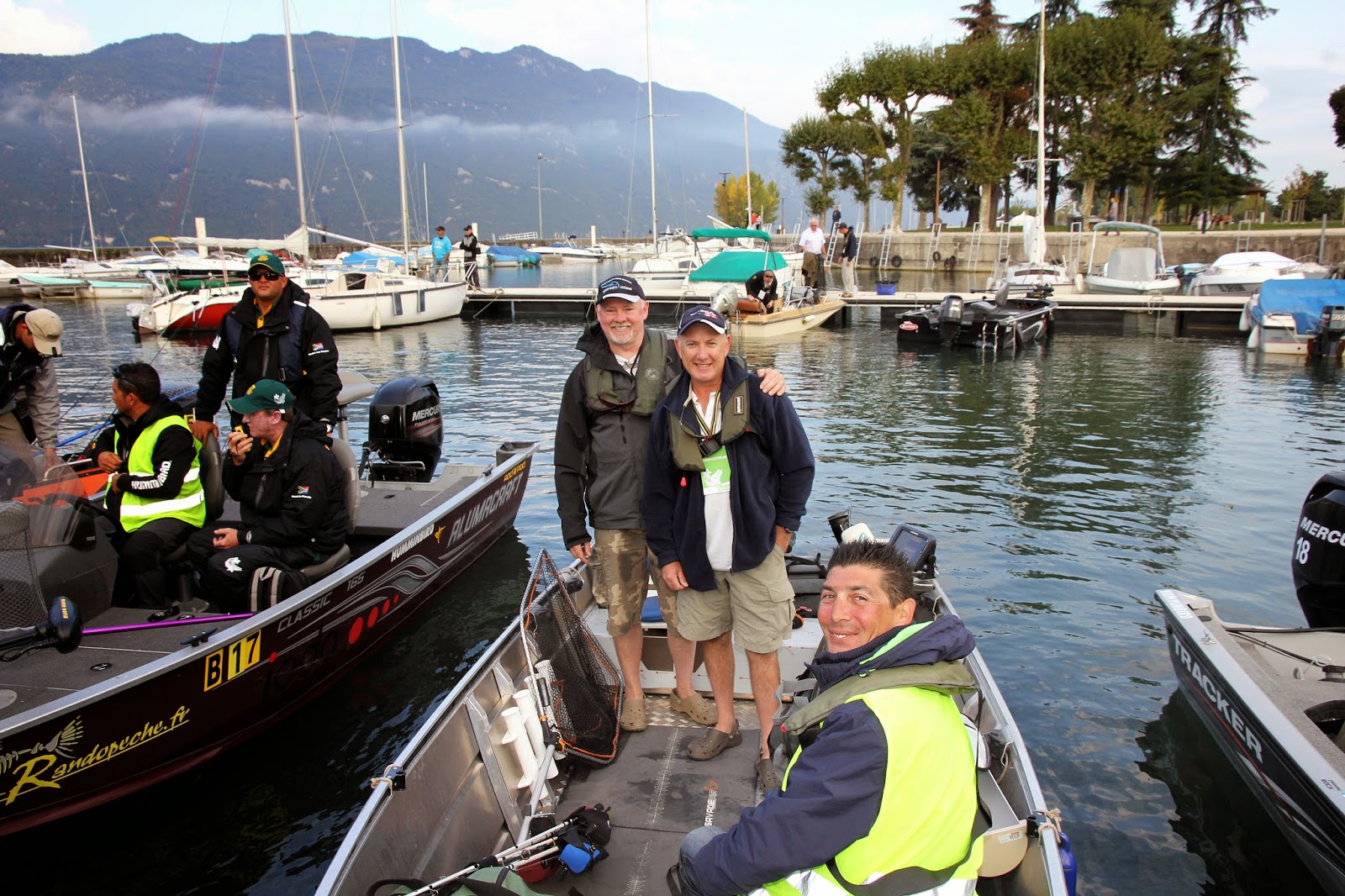 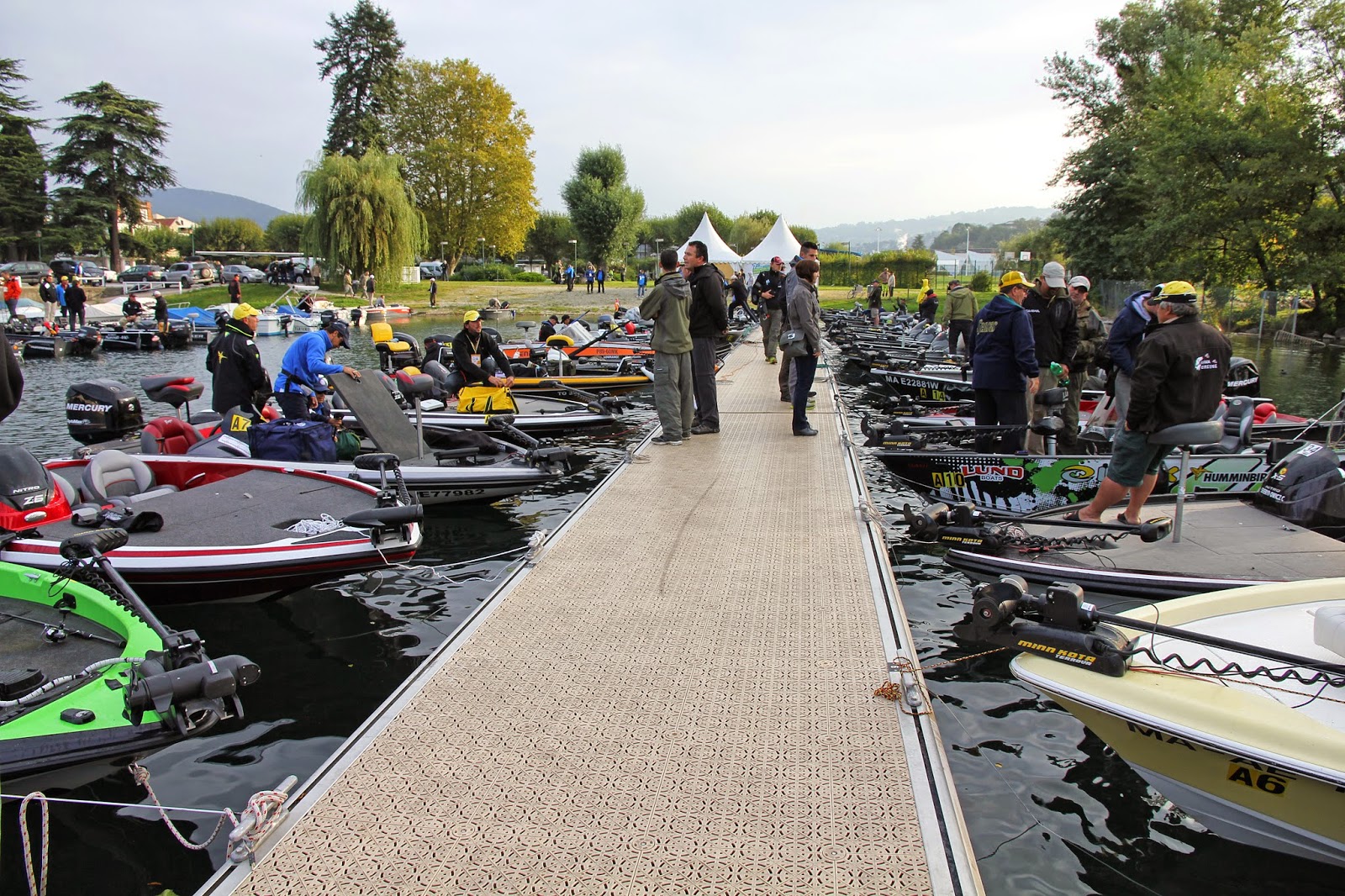 I was to fish with Rikki up the north end of the lake as I had a good idea of what was going on up there and how to fish it, having practiced there prior to the match and observing boats there on day one. 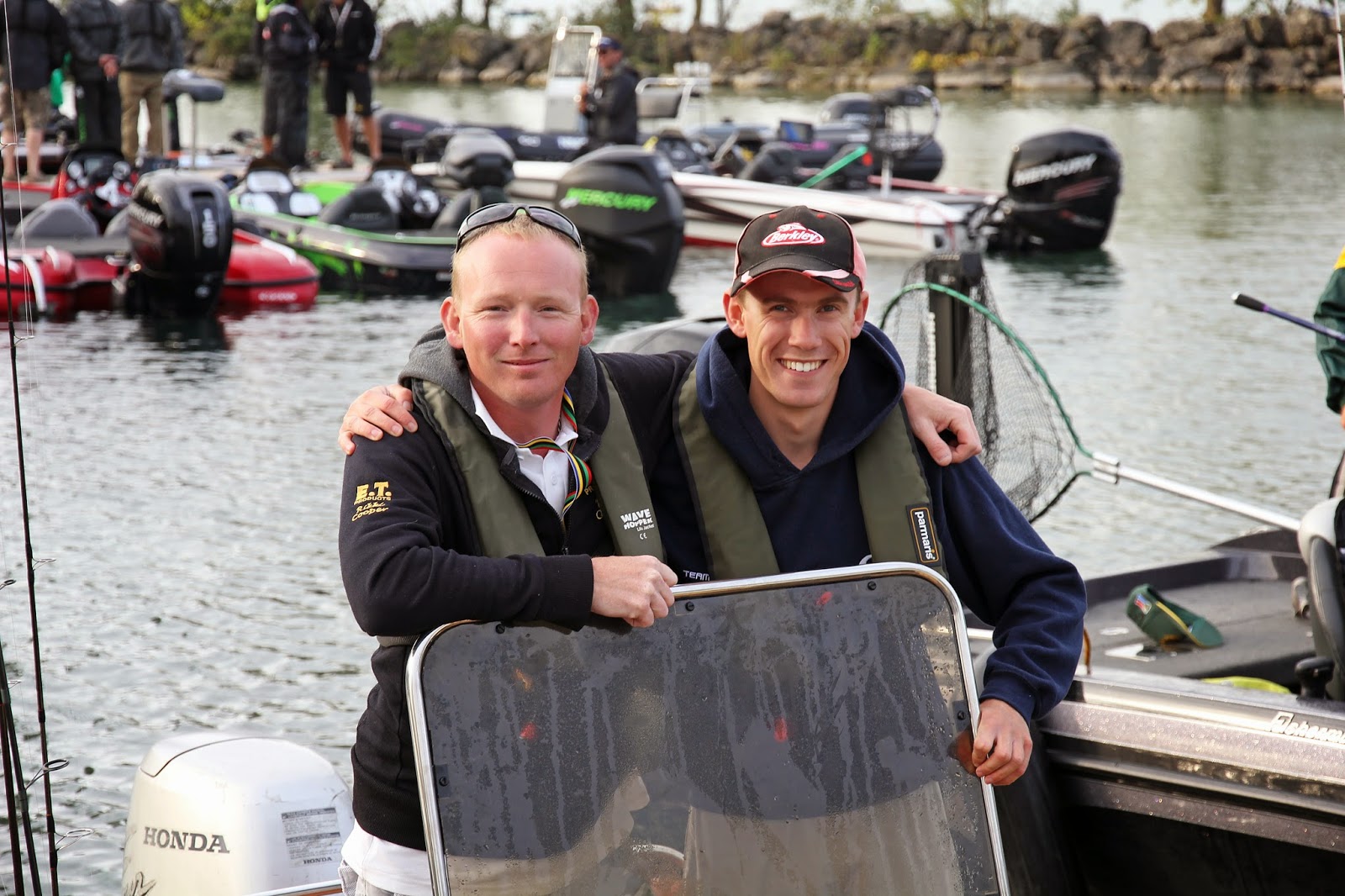 We started in an area where we'd caught in practice, but after 45 minutes with no bites, we moved further north close to where the French Captain, Sylvain Legendre, was fishing with Gael Even. After adopting an unusual style of jigging we'd seen other boats using on day one, just 5 minutes later I got us off the mark with a Pike of 54cm caught on a 5" Berkley Flex Slim Shad. Not long after, news filtered through that Eric had caught a 60cm Pike too, so both boats hadn't blanked which was very important. 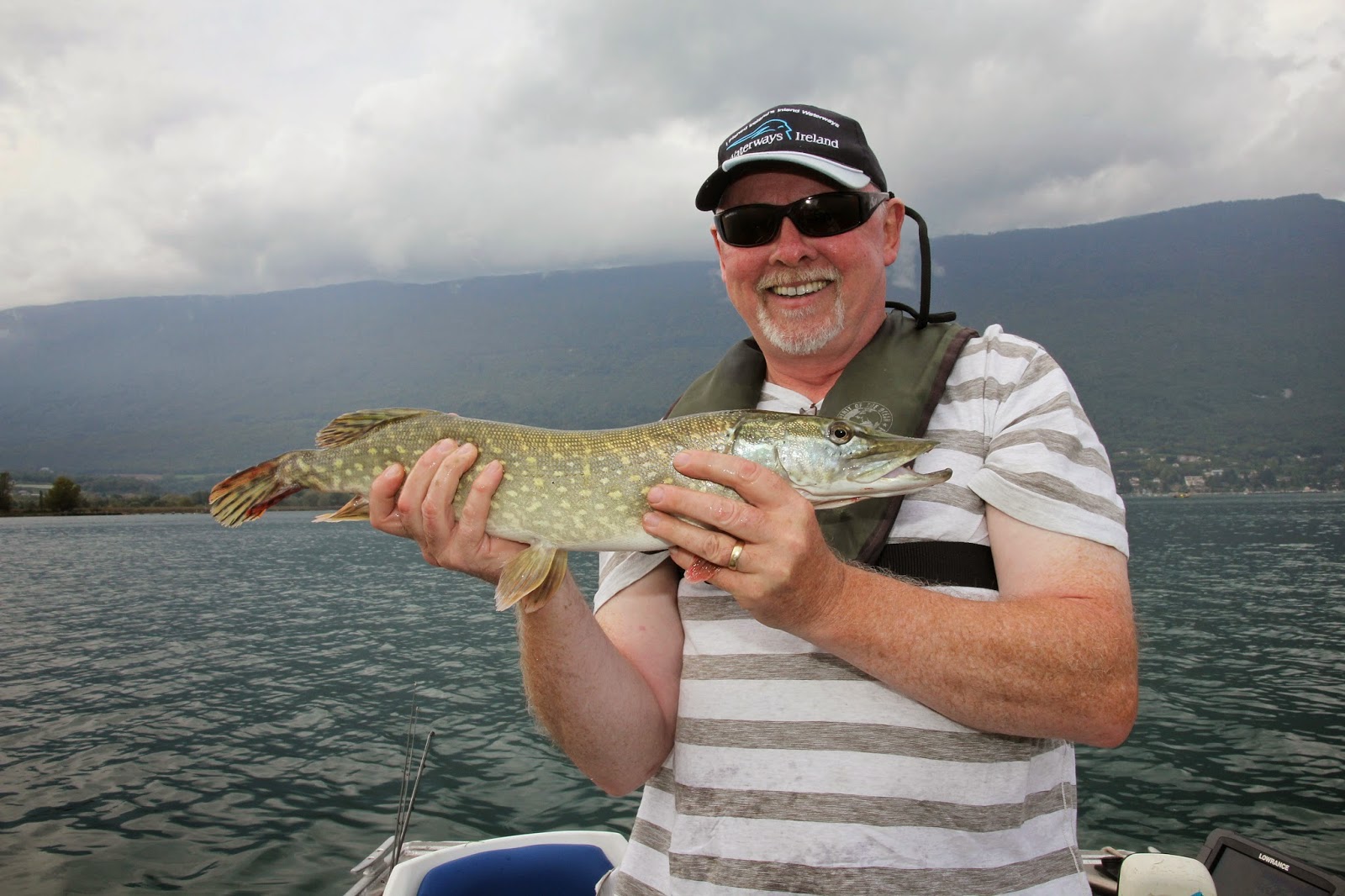 The fishing got much harder as the day progressed and although I caught another Pike on a 5" Berkley Split Belly using the jigging tactic, and Dad and Rikki also caught a Pike, all were undersized fish.

A huge thunderstorm started to approach the lake at around 2pm and the heavens opened shortly after. Then came the lightning and at 7 minutes past 3, all anglers were instructed to stop fishing, and the match was over. 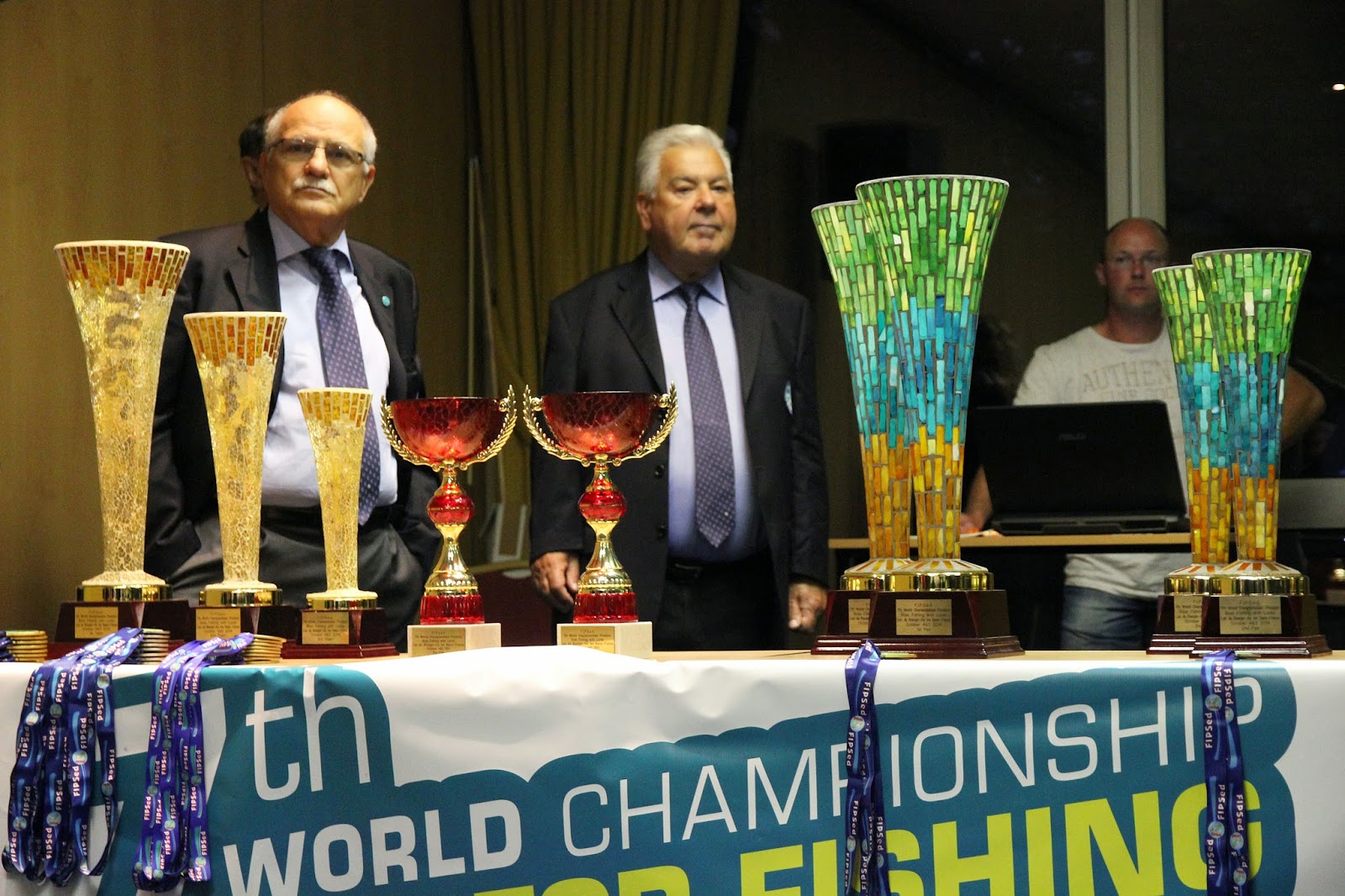 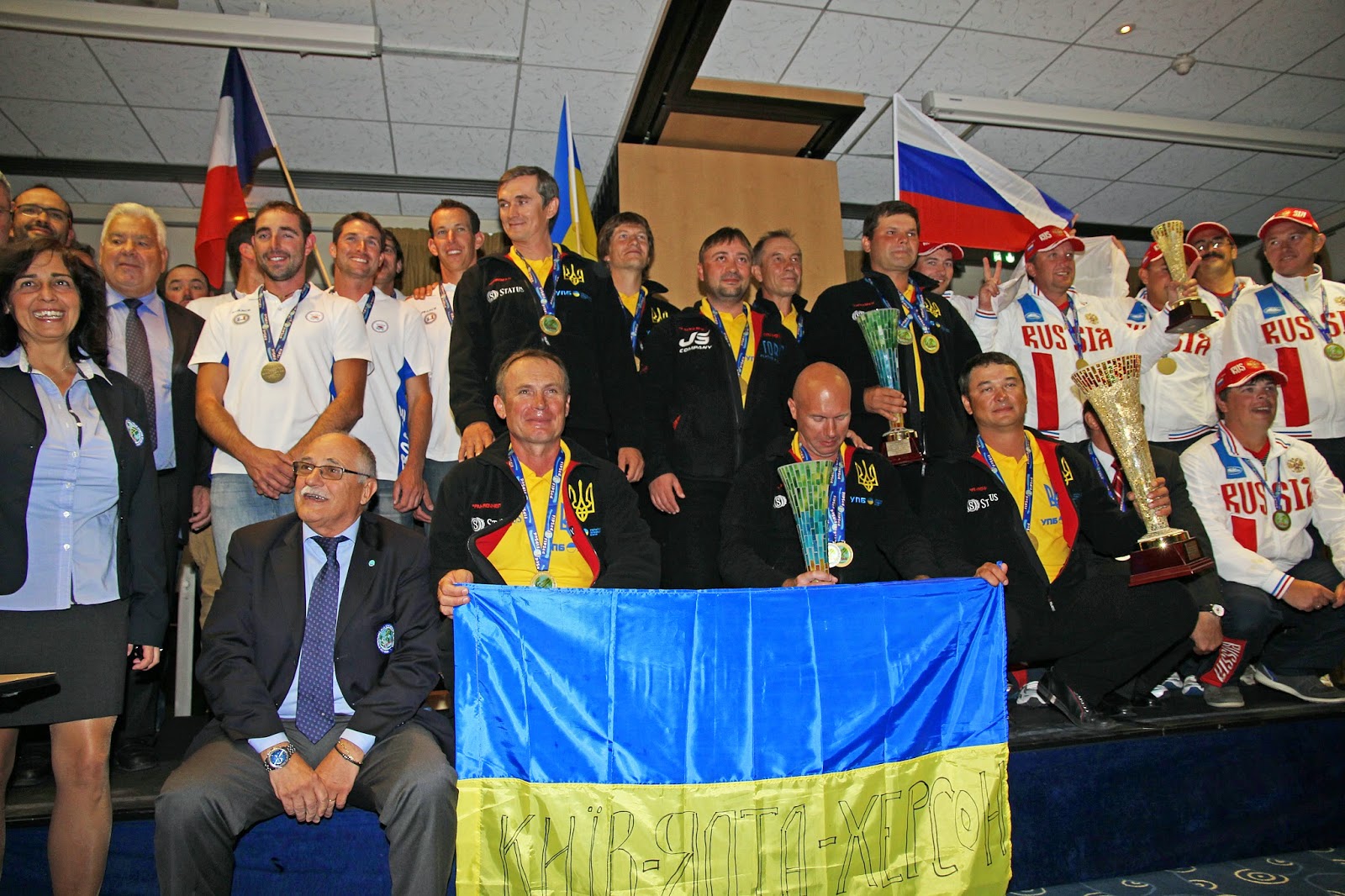 Congratulations to Ukraine for winning the World Championships with 12 fish - to beat runners up, France on home soil and such a hard venue is an incredible feat. Russia came third with 8 Pike. Also, congratulations to the Irish pair Steven and Andrew Powell for catching the biggest Pike of the tournament at 117cm - what a fish! Talk about the luck of the Irish, haha! 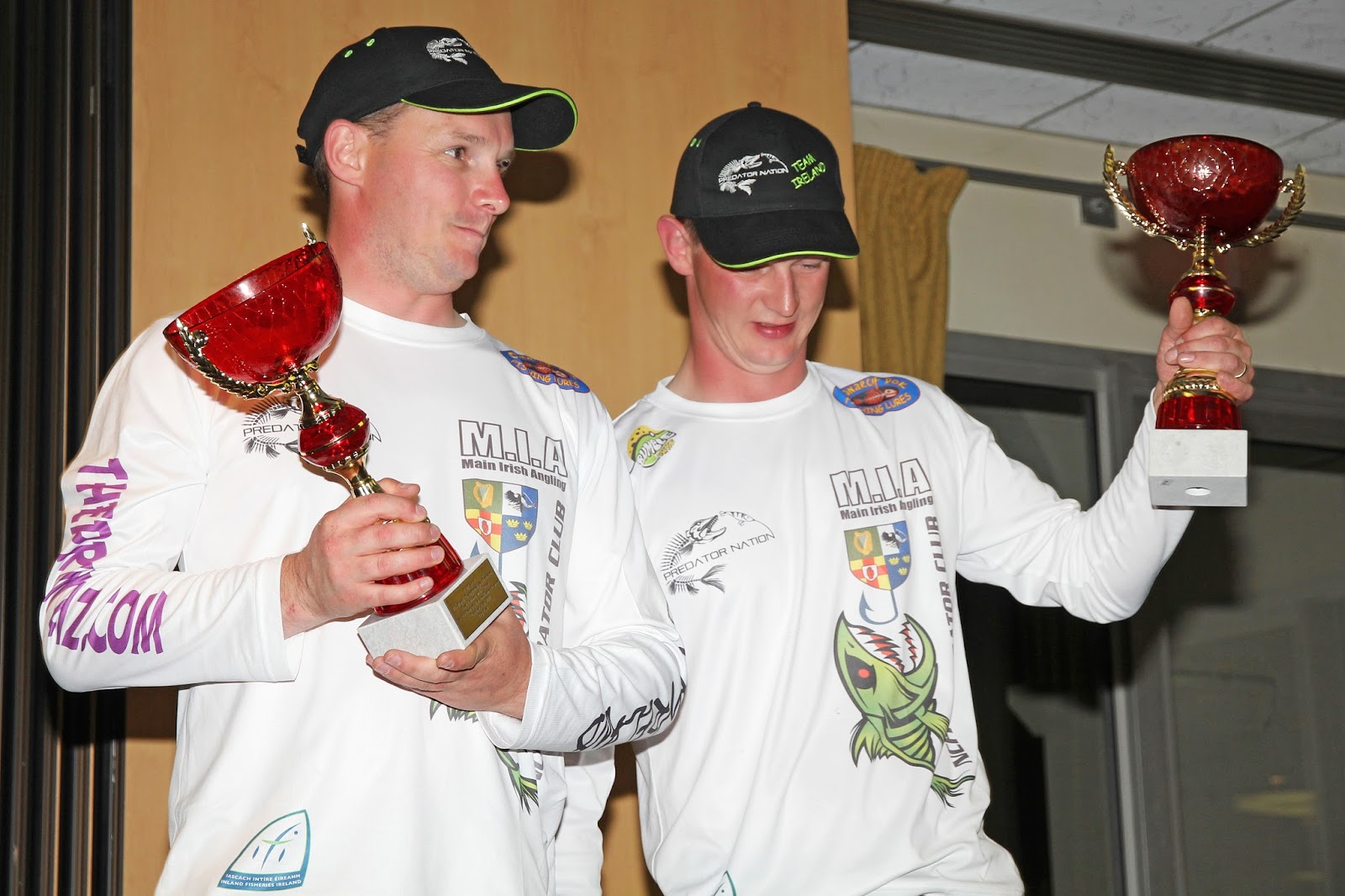 Interestingly, out of all the measurable fish caught, only one was a Perch and there were no Zander caught - the rest were Pike.

England had caught eight Pike on the match days but unfortunately, only four of those were measurable and we dropped to 9th place out of 16 teams, but we've definitely improved on last year's performance. We beat last year's World Champions, Italy, as well as other top teams including Poland, South Africa, Belarus and Hungary. I'm looking forward to putting in to practice what I learned during that week here in the UK, and if I'm lucky enough to qualify, another World Championships! 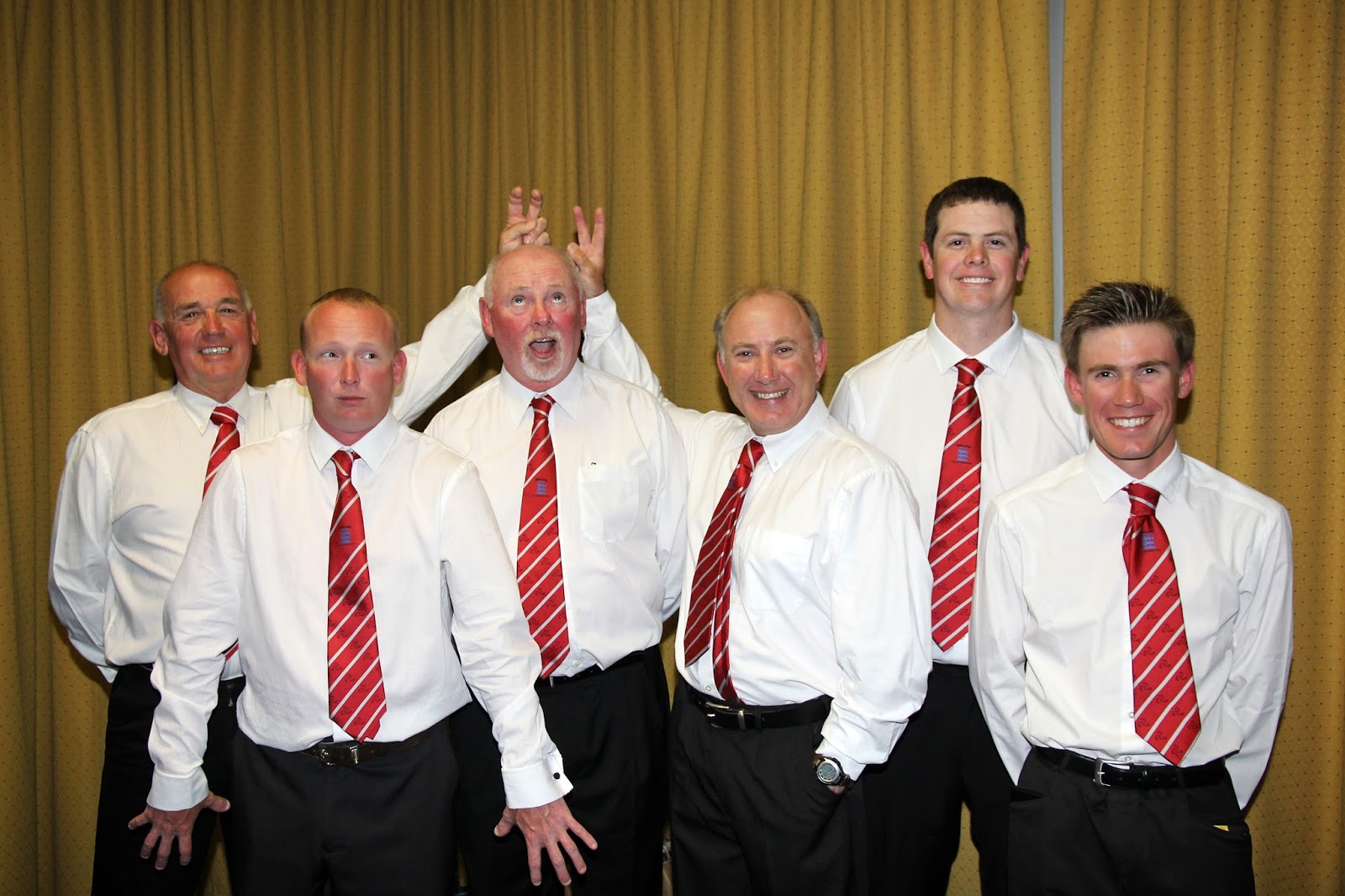 It only remains now for us all to say 'Get well soon' to our manager, Mike Skipper.