The 'few' that got away! 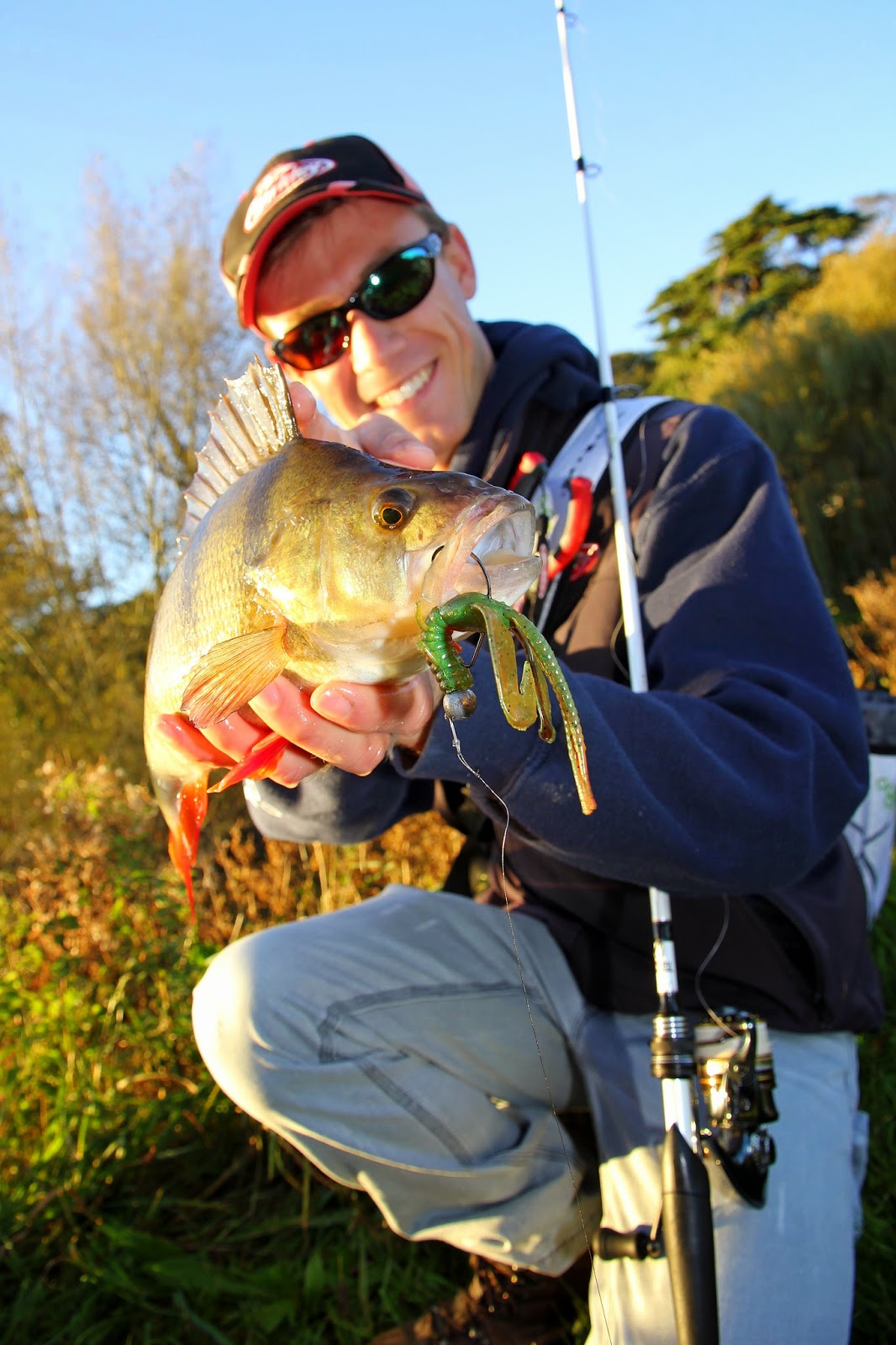 This past month, I've been working on the new Get Hooked on Fishing Bedfordshire project, as well as studying for my Level 2 Coaching Course, and squeezing in time to get afloat or on the bank seems to have been just as hard as the fishing. Disappointingly, when my Dad and I have gone fishing, and one of us has hooked in to a good fish, they've frustratingly come off - a couple of these we clearly saw, which were very big Perch. The most recent of these happened on the River Lea, when my Dad hooked in to a big stripey on a crankbait, which at first he thought was the bottom. It came up to the surface and shook free of the tail treble, which was a real gutter!

After losing that Perch, we returned a few days later for a short afternoon session. Unfortunately, the stripeys didn't play ball, but after changing to a Berkley Havoc Rocket Craw (which Dad had already caught a couple of small jacks on), at the end of my first cast a Pike swiped at the lure and missed - I then let the Rocket Craw fall to the bottom, which was followed by the Pike. One twitch was all that was needed and WHAM! It weighed 12lb 10oz, which is a good Pike for the Lea. 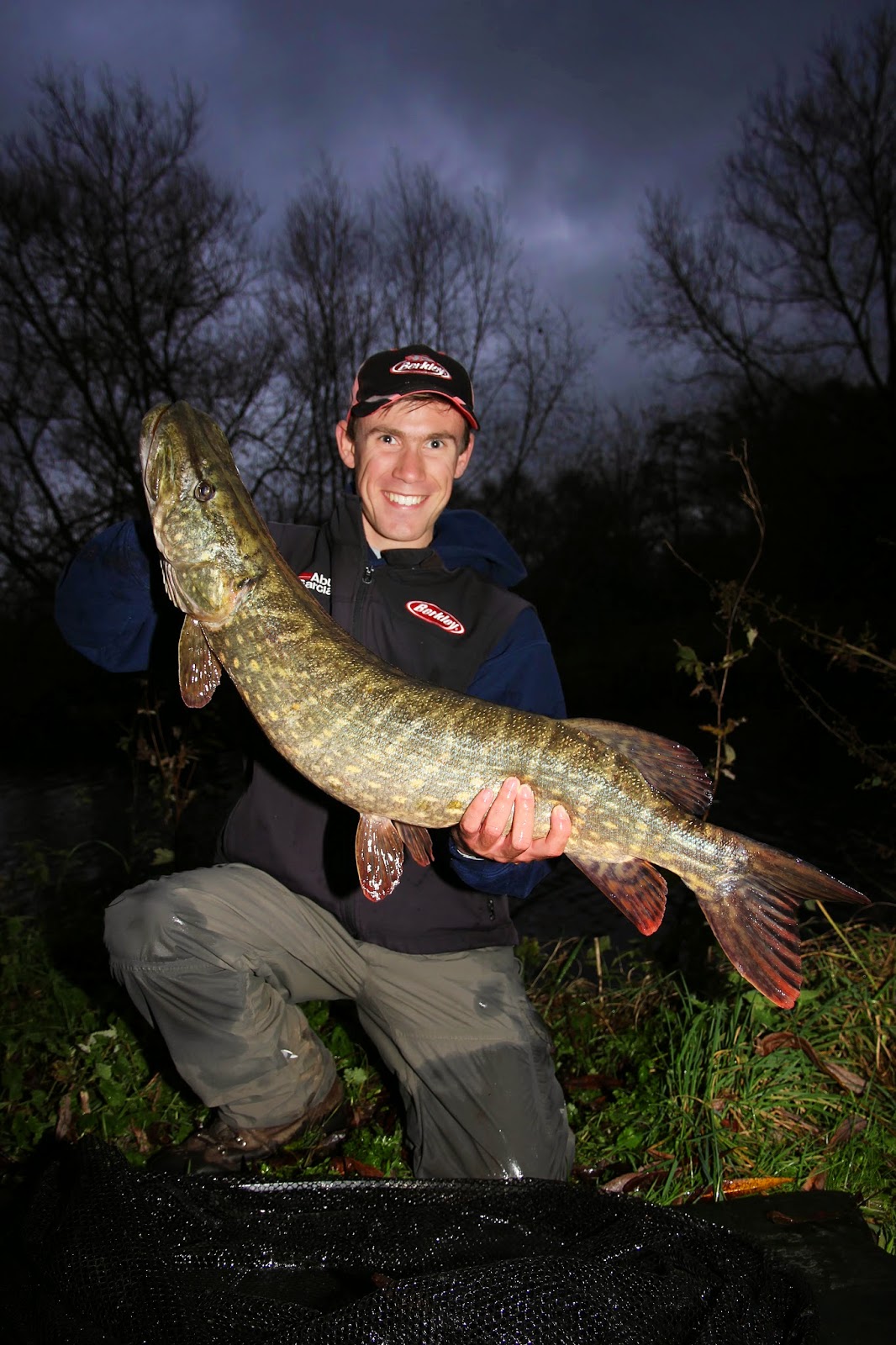 Not long after releasing the Pike it began to get dark, so I changed colour and fished a white Rocket Craw. After a couple of casts to an overhanging bush, as my Rocket Craw hit the bottom I felt something take. At first I thought I'd hooked in to another nice Pike as it tore off downstream, but as the fight went on, I began to realise it was likely I may have hooked a Carp, and as it broke the surface, my prediction was right! 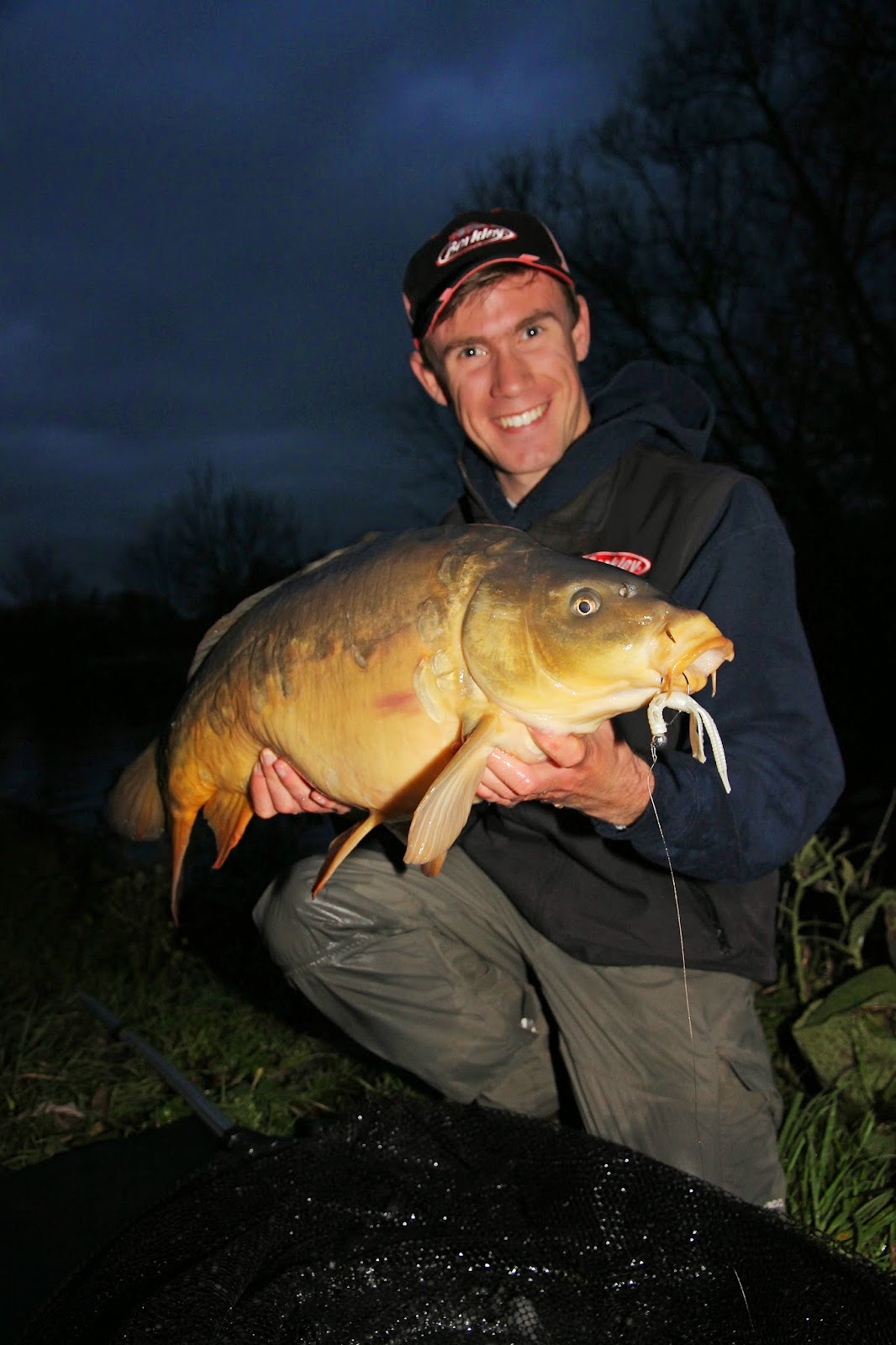 It was a cracking fish, and after a couple of photographs, I put the fish back in the water whilst Dad went to get out the scales. I must have switched off at that point, because I let the fish go, forgetting that Dad was on hand with the scales. I turned around to him and said "it swam off fine" and he looked at me a bit shellshocked! I have no idea why I let the fish go without weighing it, as it was certainly my biggest lure caught Carp, probably around 14-16lbs in weight. I think I just wanted to get fishing again!

We've managed a couple of trips to Grafham and caught lots of Perch, Zander and Pike from a couple of interesting features we'd found on our Lowrance HDS, although none of these fish have been huge. On one of the days the reservoir was flat calm - almost like a mirror. 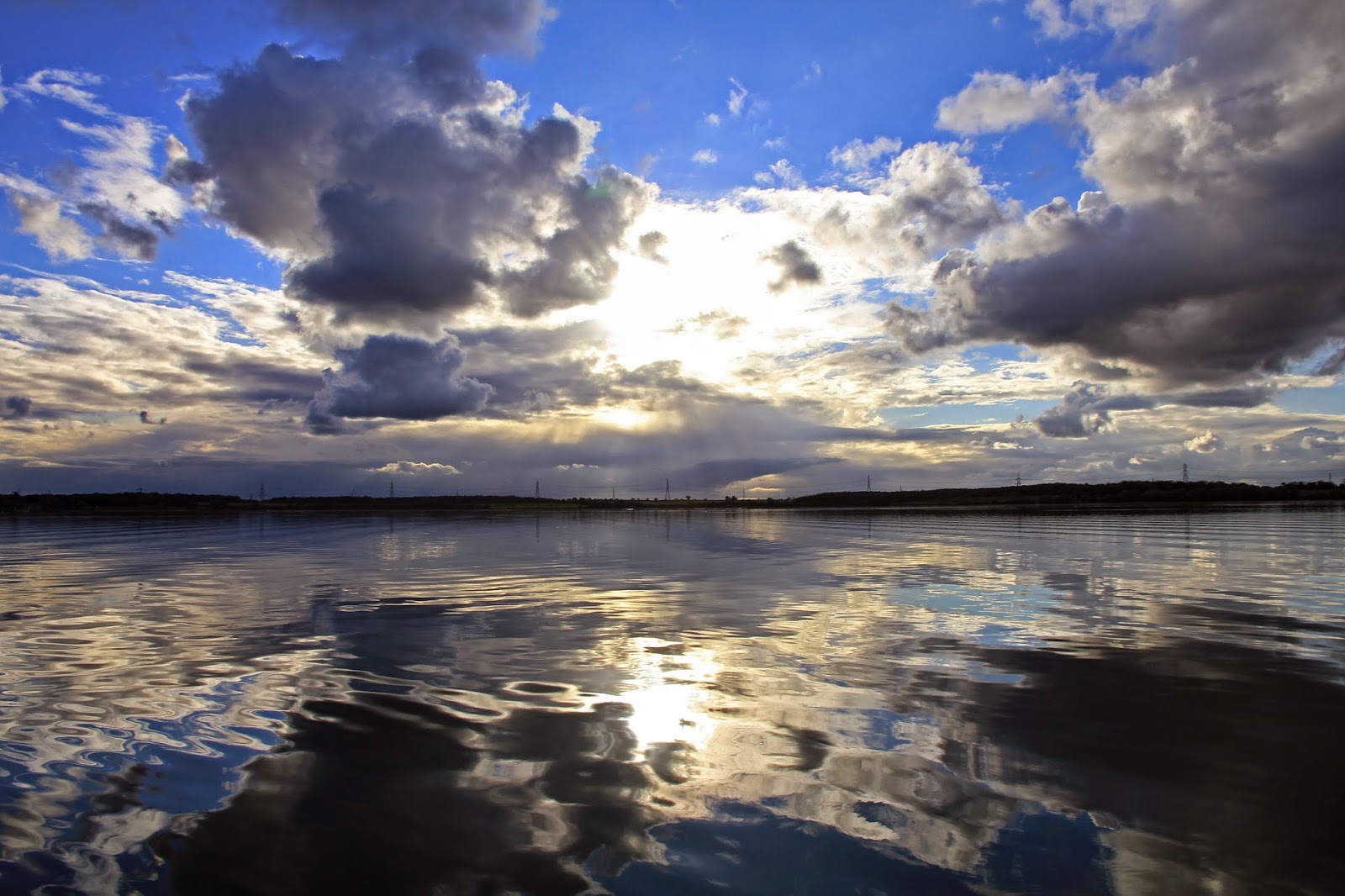 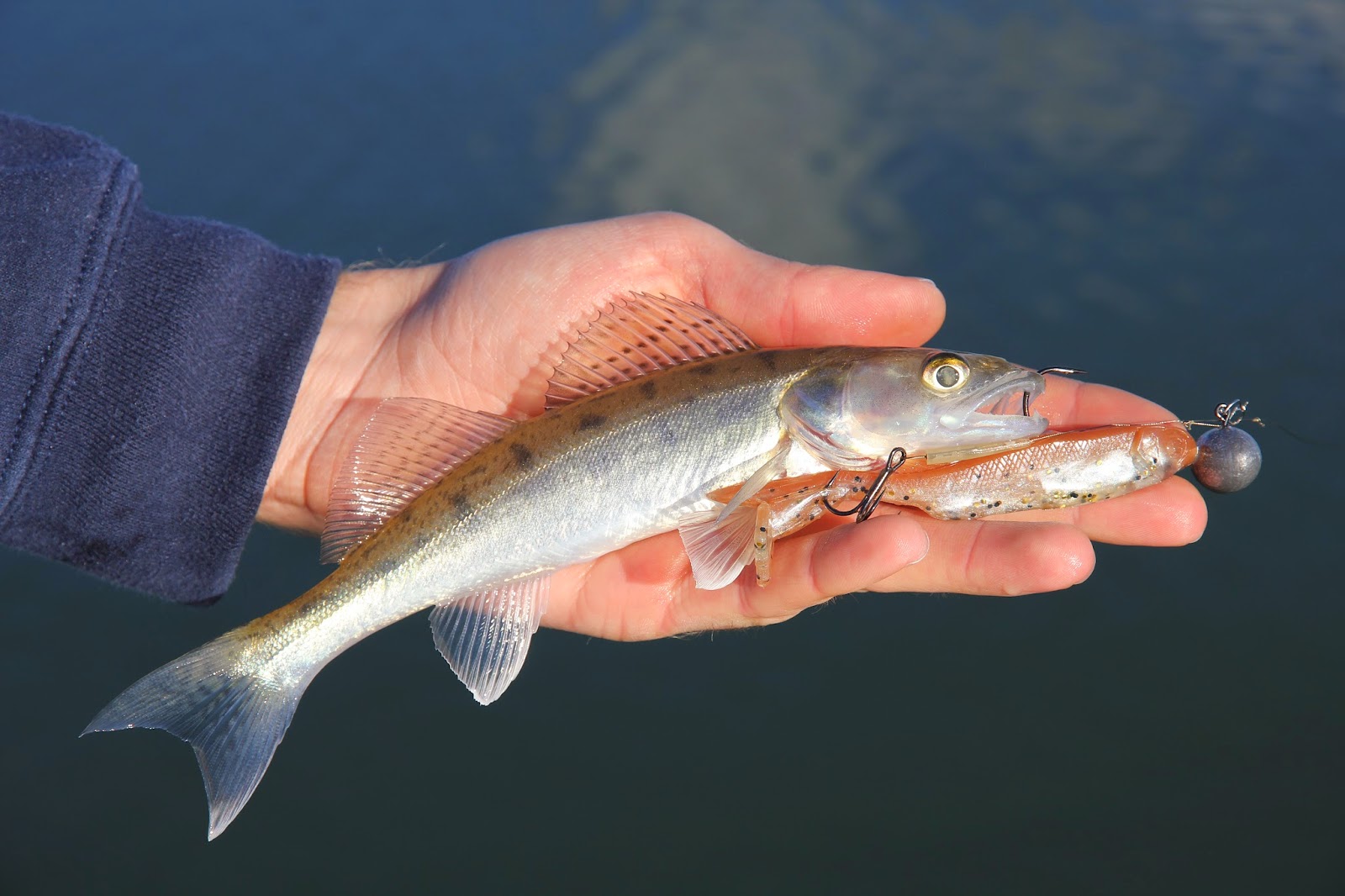 The biggest Perch, which Dad caught, weighed 3lb exactly, that took a chatterbait with a Berkley Pit Chunk trailer. Shortly afterwards, he lost yet another big fish, which we think was an even better Perch! 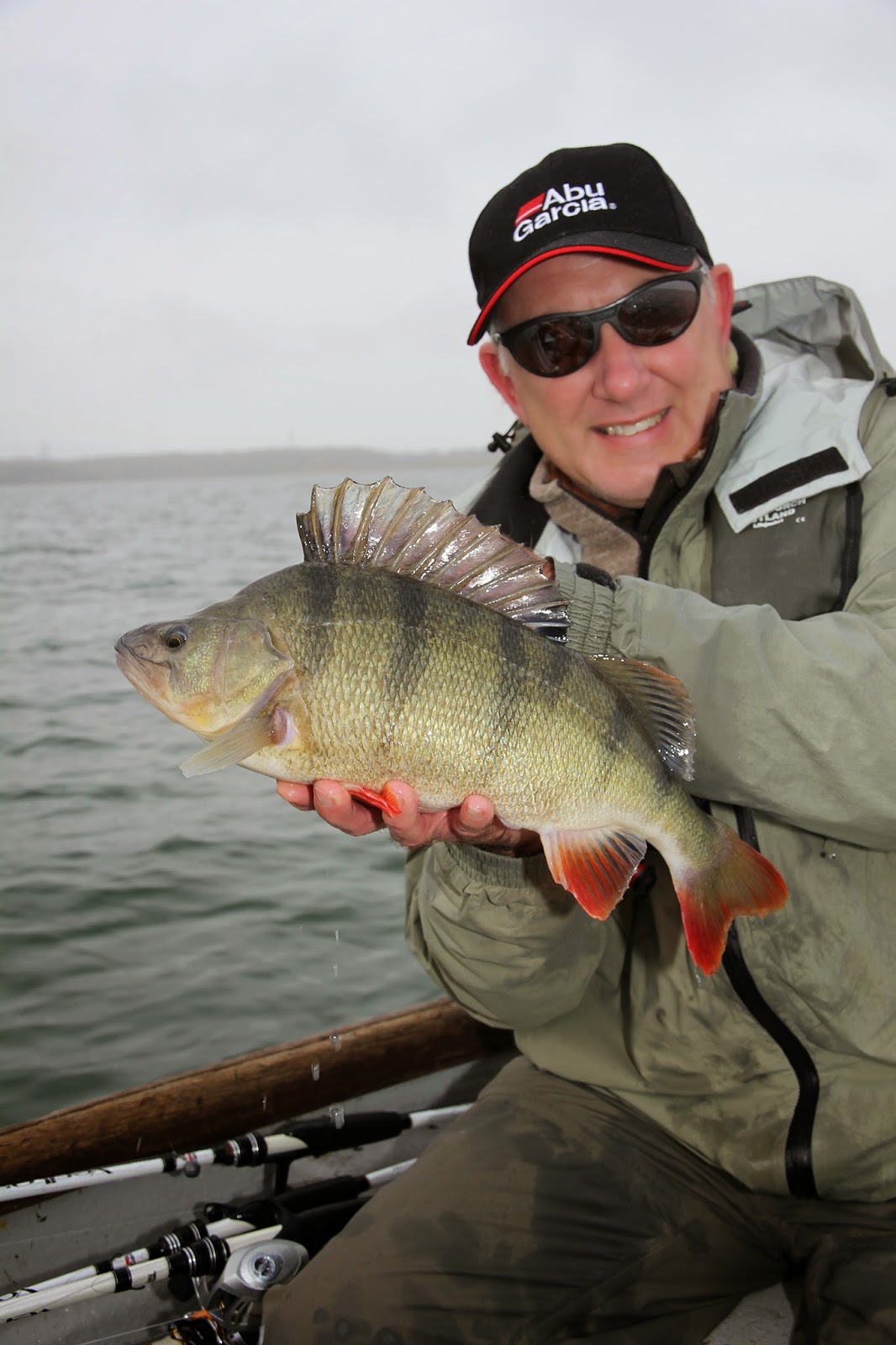 On the 31st October, Ketan Sanghani, a volunteer for Get Hooked on Fishing Ealing, embarked on a challenge to try and catch a fish from every GHoF project in the country over the course of two days, using a different technique or method with each Project Manager. My problem was that GHoF Bedfordshire is yet to be stocked with fish, as it was dredged last year and the fish were removed, so after meeting up with Ketan, who was also accompanied by Charlie Moore from GHoF Ealing and Sarah Collins, we quickly showed him around the project before jumping in the car and heading to a free stretch of the River Ivel about a mile or so away. By the time he'd arrived at GHoF Bedfordshire at 10am, Ketan had already fished with James Thornhill at GHoF Ealing and caught a Bream! 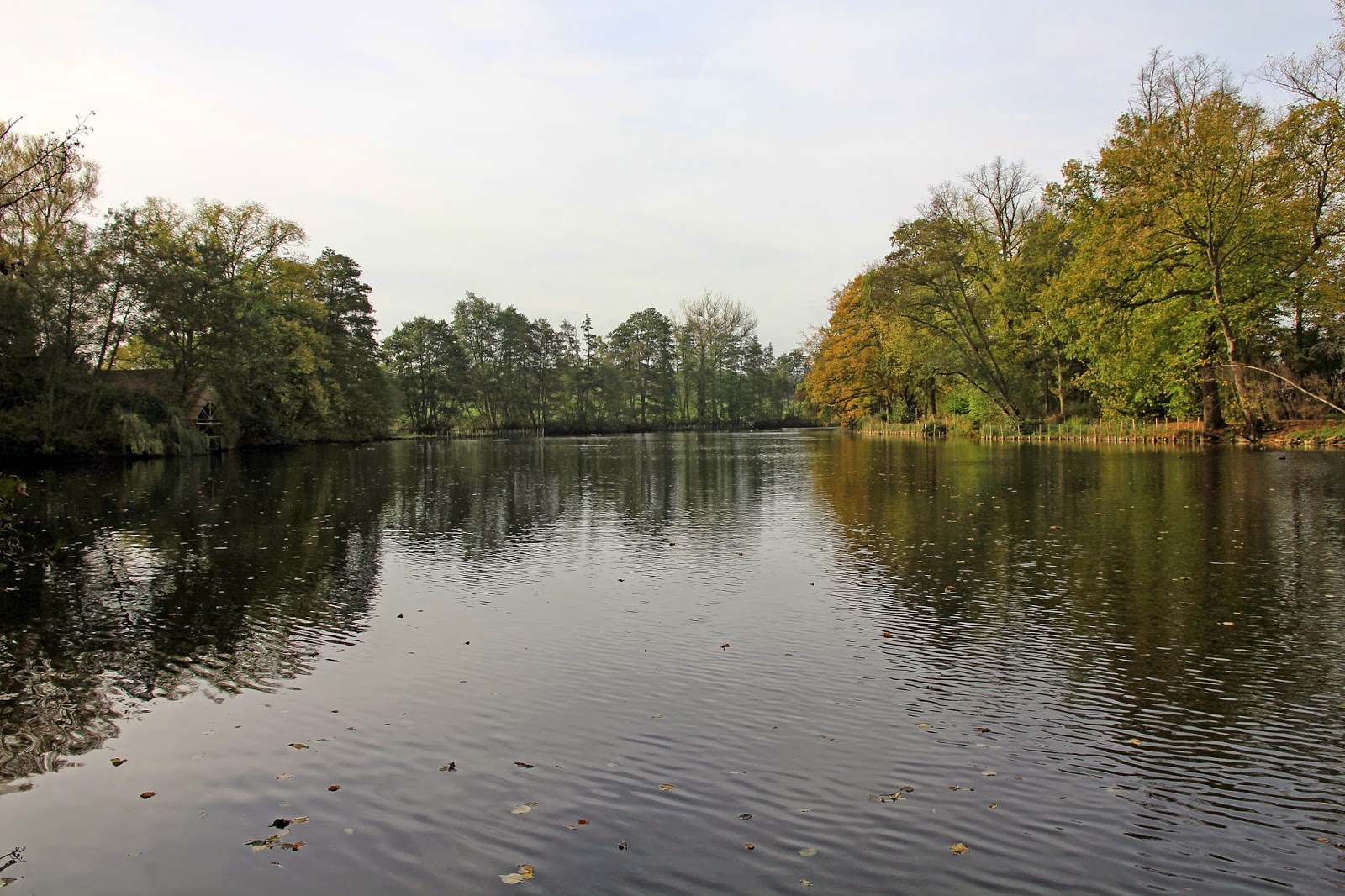 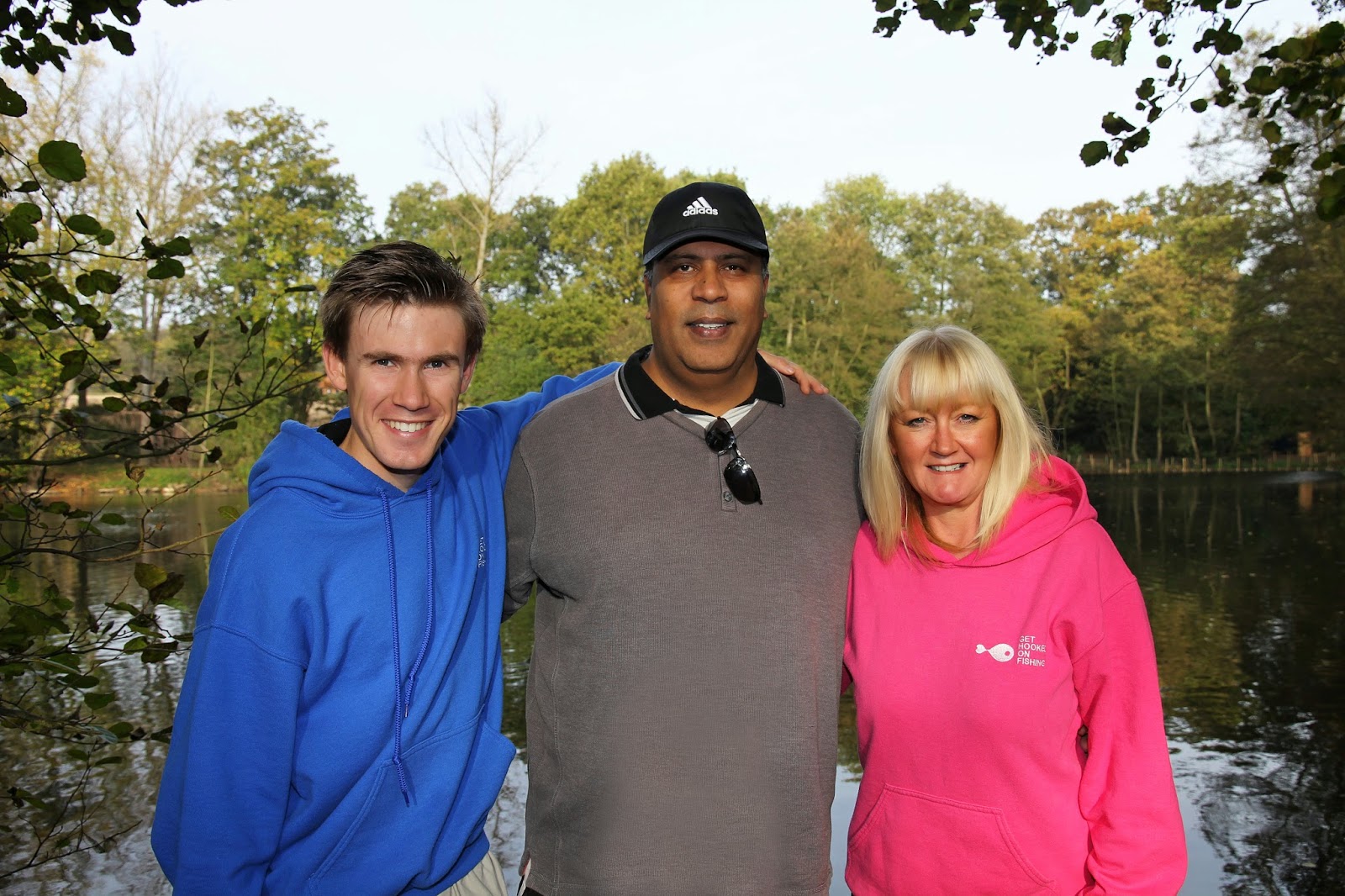 Ketan only had an hour to catch a fish, and we were hoping to catch it on a lure, so after targeting Pike and Perch for half an hour with no success, we switched to drop-shotting a Berkley Power Maggot and with just minutes to spare, Ketan caught a Dace! 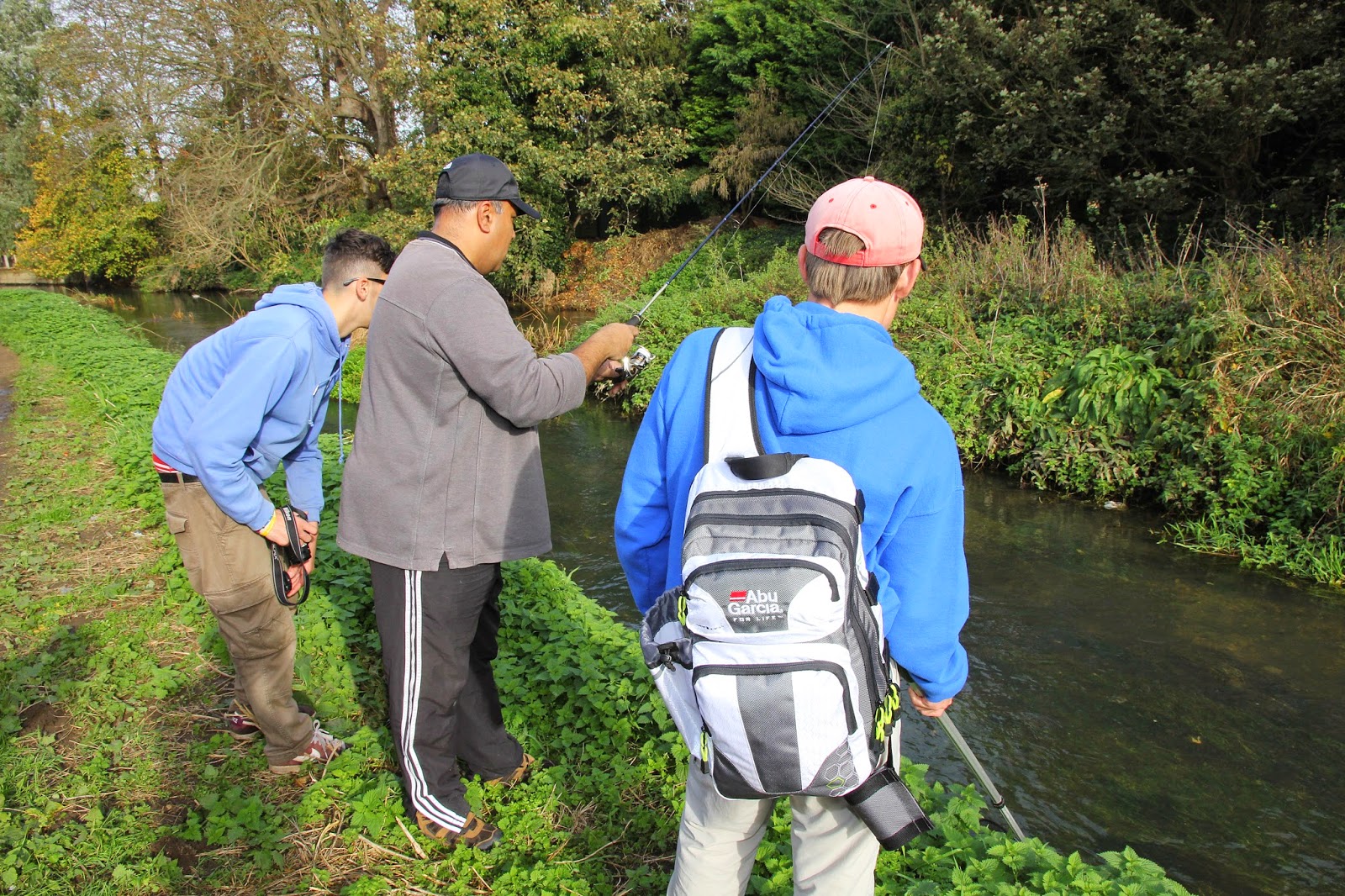 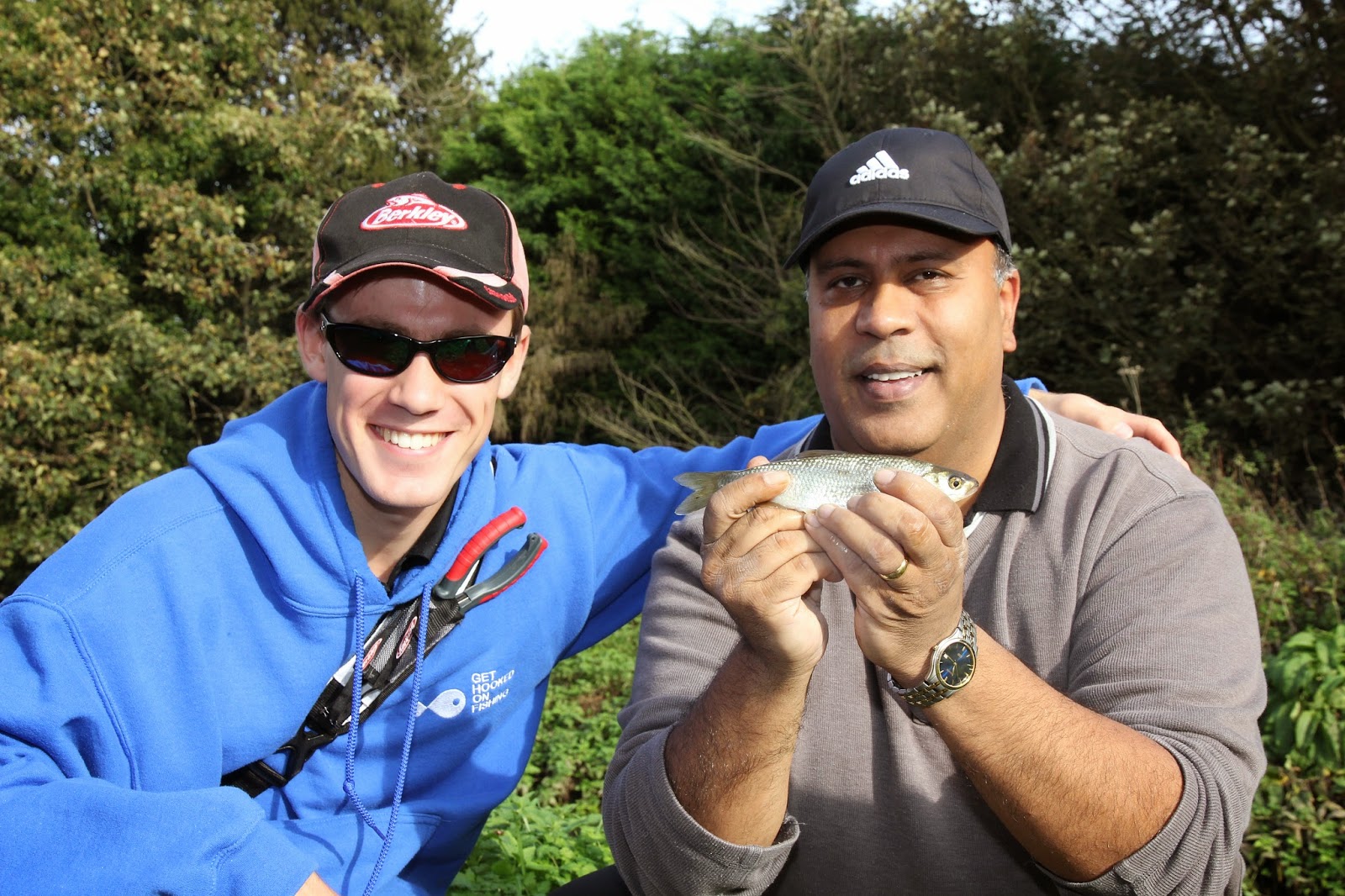 After releasing the Dace, it was time to say goodbye as Ketan and Charlie headed to Cudmore Fisheries for the next leg of his challenge. The great news is that Ketan caught many species and completed the challenge, raising over £1000 for the Get Hooked on Fishing charity, which was match funded by Barclays bank! What an achievement Ketan and Charlie - well done lads!

We stayed and fished until dark, and it was probably a good idea we didn't continue to fish for the Pike and Perch as we only caught a couple, but I did land a chunky Chub on a Sébile A.T Minnow. 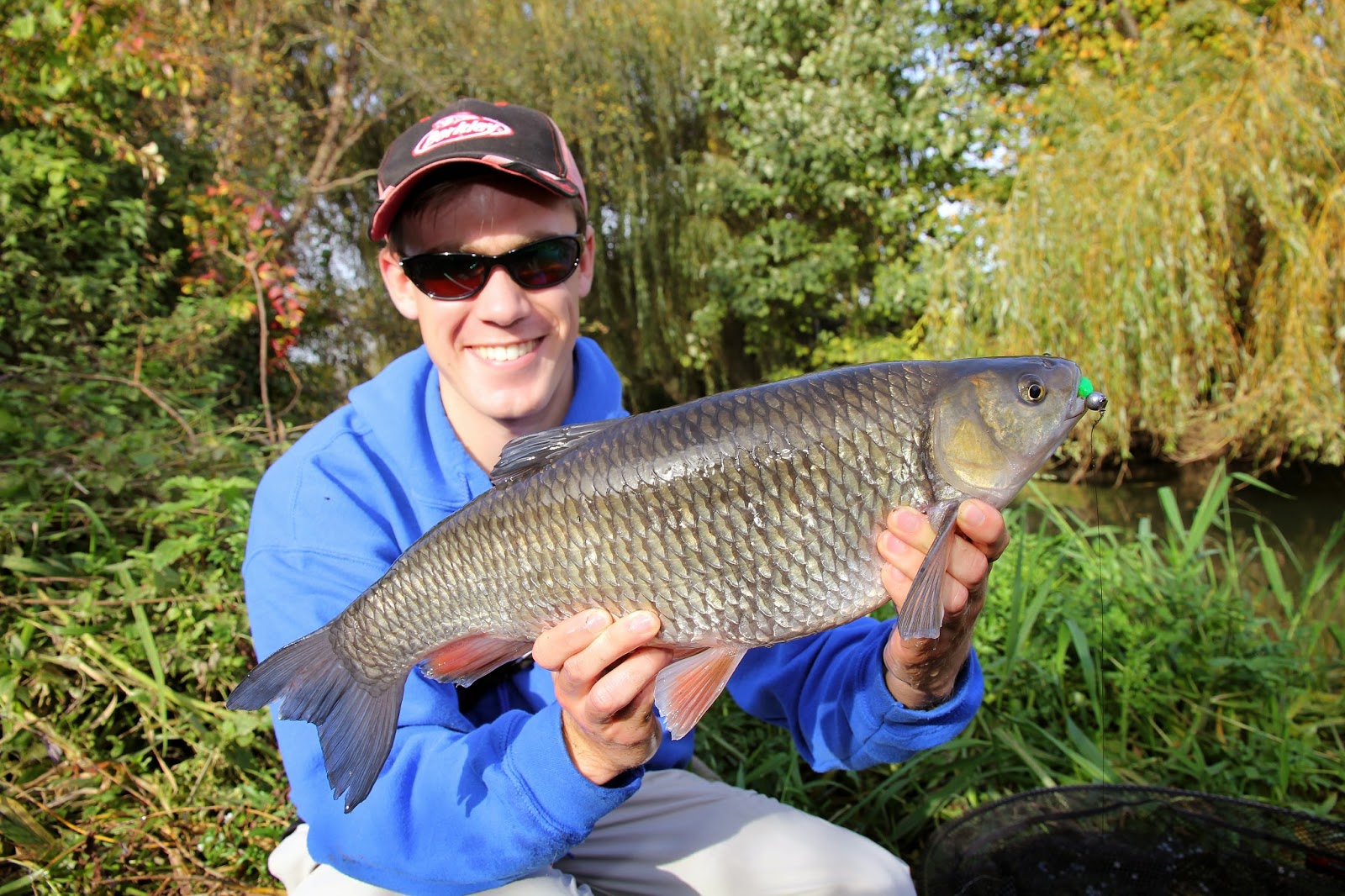 A few days later, Chris Gadsden, known as Crispy Duck to many of his friends and a good friend of the charity, had managed to get special permission for the three of us to to lure fish Royal Berkshire Fisheries for a day - a venue near Windsor with a reputation of producing big Perch. The day had been planned for quite a while and we were really looking forward to trying a venue which had never seen lures!

The night before, there had been the first hard frost of the year and it was also very foggy, so we arrived an hour late because of the traffic on the M25. We had a great breakfast in the café on site with Crispy before starting our fishing. It was very bright and sunny in the morning, but as it clouded over in the afternoon, we started to get some bites. Interestingly, we found that despite the coloured water, we caught most of our fish on very dull soft plastics, and when Dad changed to a really scaled down drop-shot rig with tiny soft baits, he started to catch almost one a chuck, although the Perch were only small, plus a couple of nice Roach. He did catch a couple of larger stripeys though, one of which was 2lb+, on a jigged Berkley Ribbontail Grub. 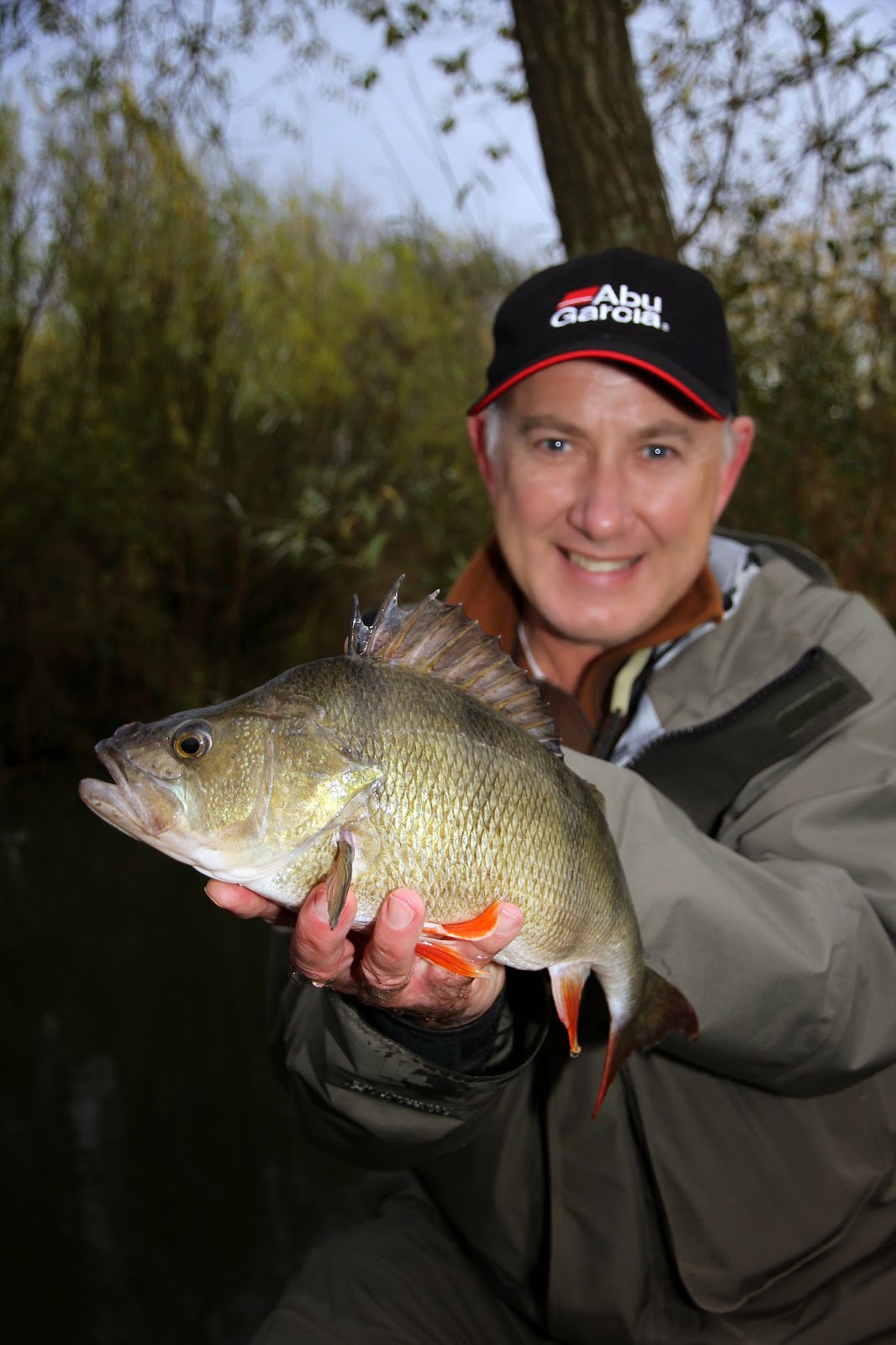 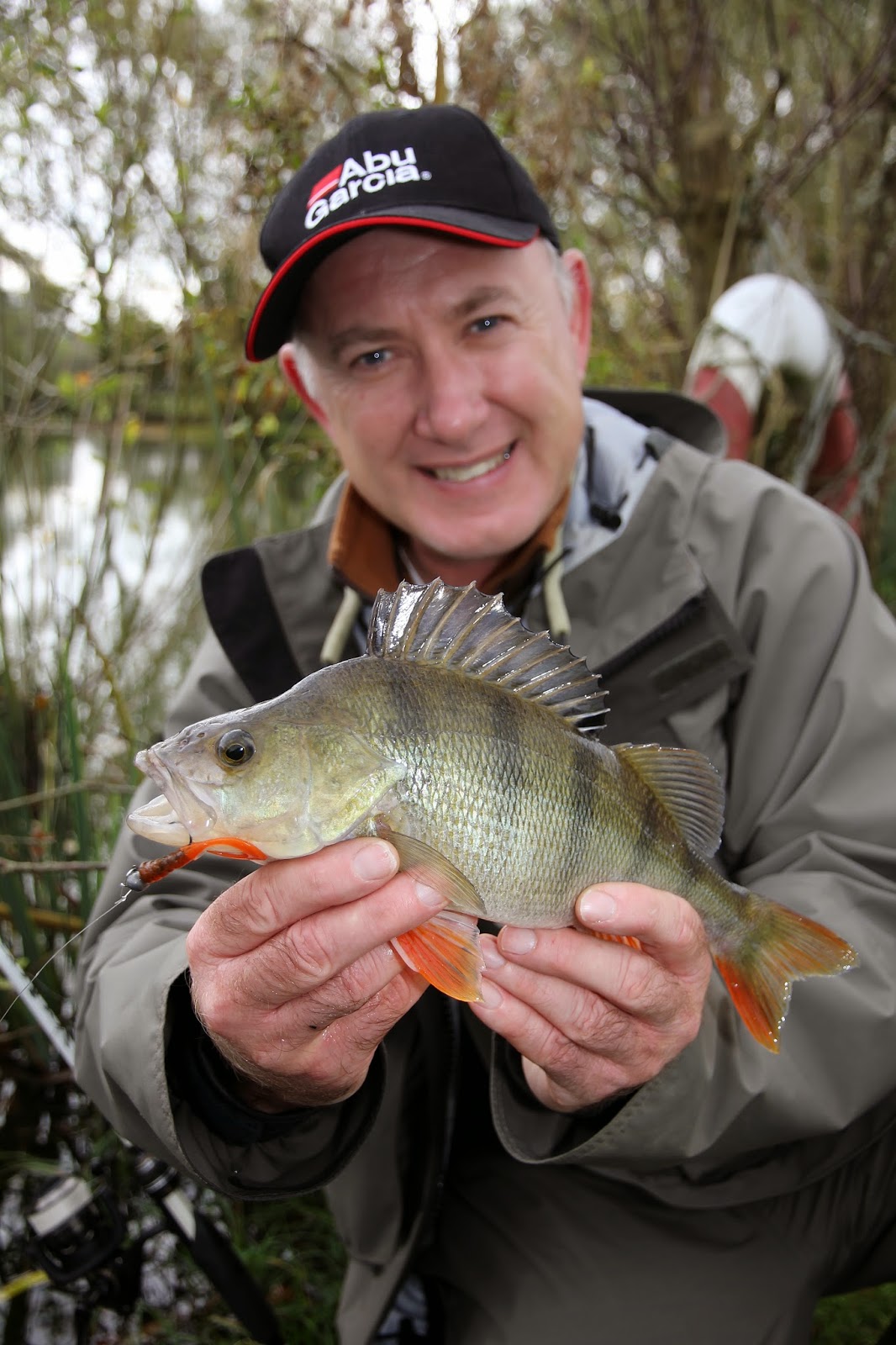 I stuck to using larger baits and didn't catch as many, however I hooked in to a very big fish, which boiled on the surface before throwing the hook right at the end of the day - I was gutted! I checked the hook and it was sticky sharp, so maybe it was just one of those things. Our luck has got to change sometime!

Crispy had also caught a couple of small Perch drop-shotting, and then fished with bait late in the afternoon, along with Eddie Edwards, Alan Bailey and Bill Rushmer, and it didn't take him long to catch a lovely Perch of 2lb 6oz, whilst Eddie and Alan landed lots of cracking Roach and the occasional Carp too. 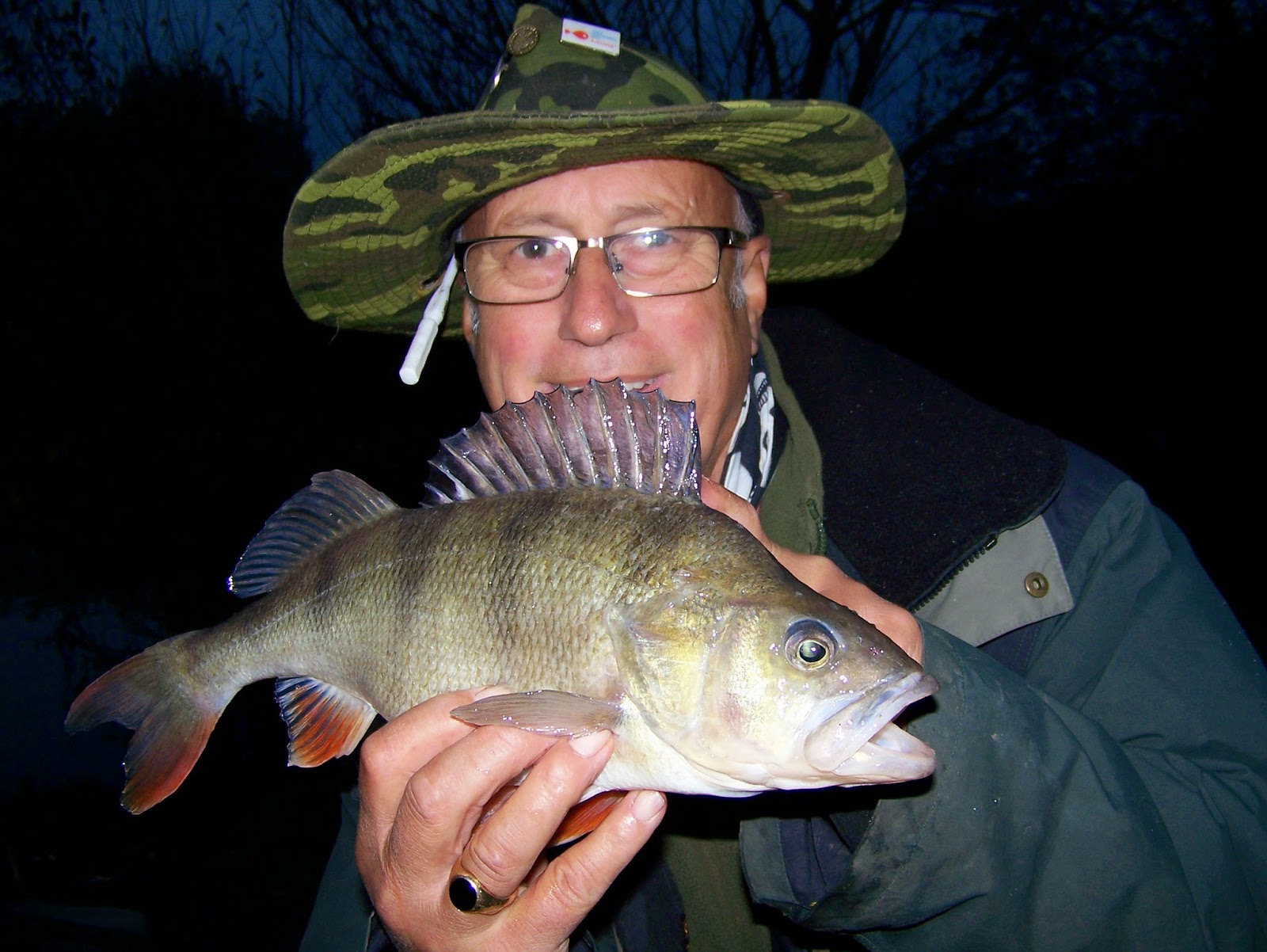 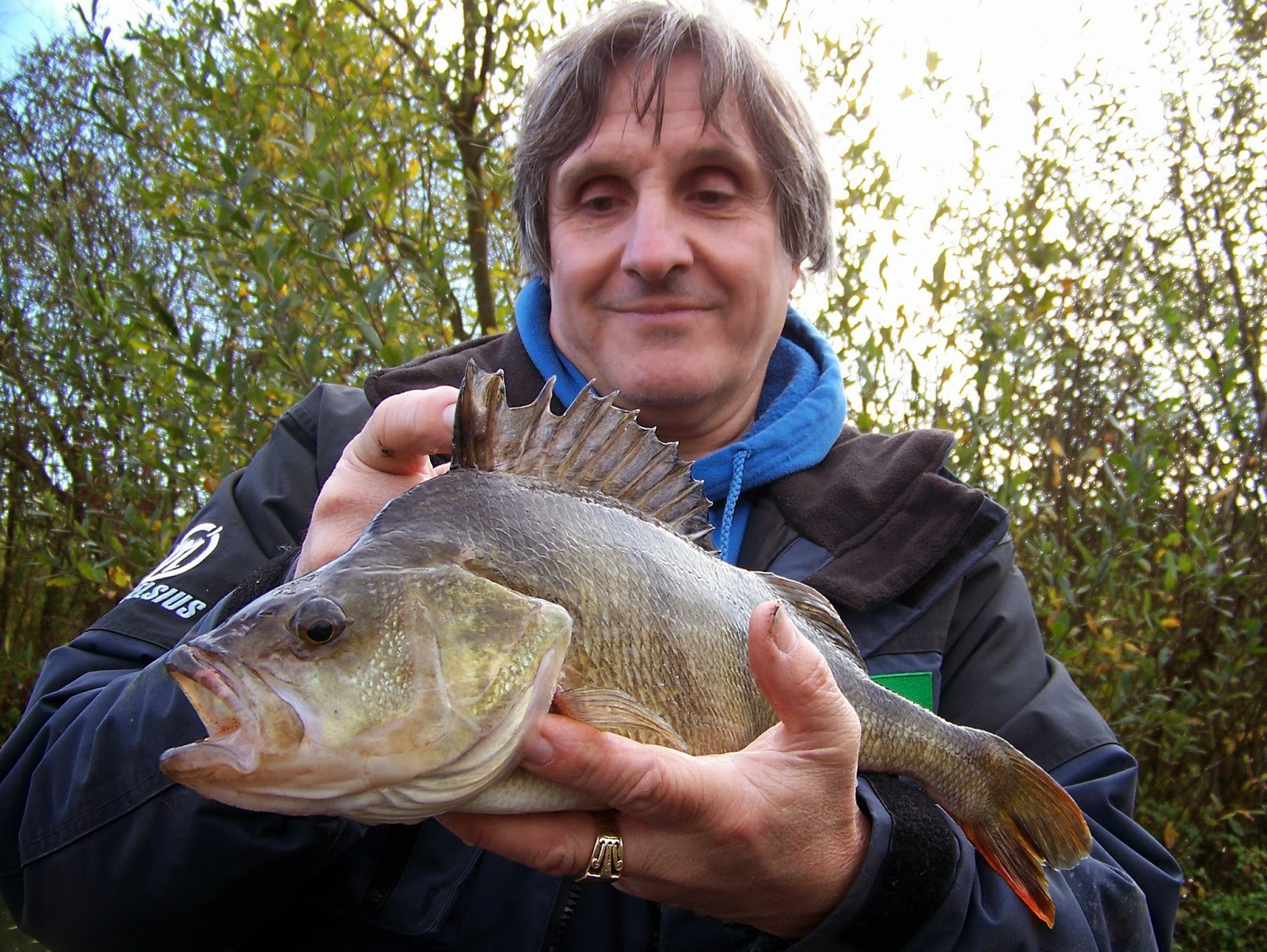 Another angler also caught a 2lb 10oz and a 2lb 7oz Perch - maggots and prawns seemed to be the top baits. A big thank you to Royal Berkshire Fisheries for allowing us to have special permission to lure fish, and thanks again to Chris, Eddie and Alan for a great day!

Finally, last week I gave a talk on Wednesday evening to the Bedford region of the Pike Angler's Club of Great Britain. It's a bit daunting telling stories to seasoned anglers and thankfully, I didn't see anybody run out the door! Thank you to Andy Syddell for inviting me along - my next talk will be for the Suffolk PAC on January 6th next year. 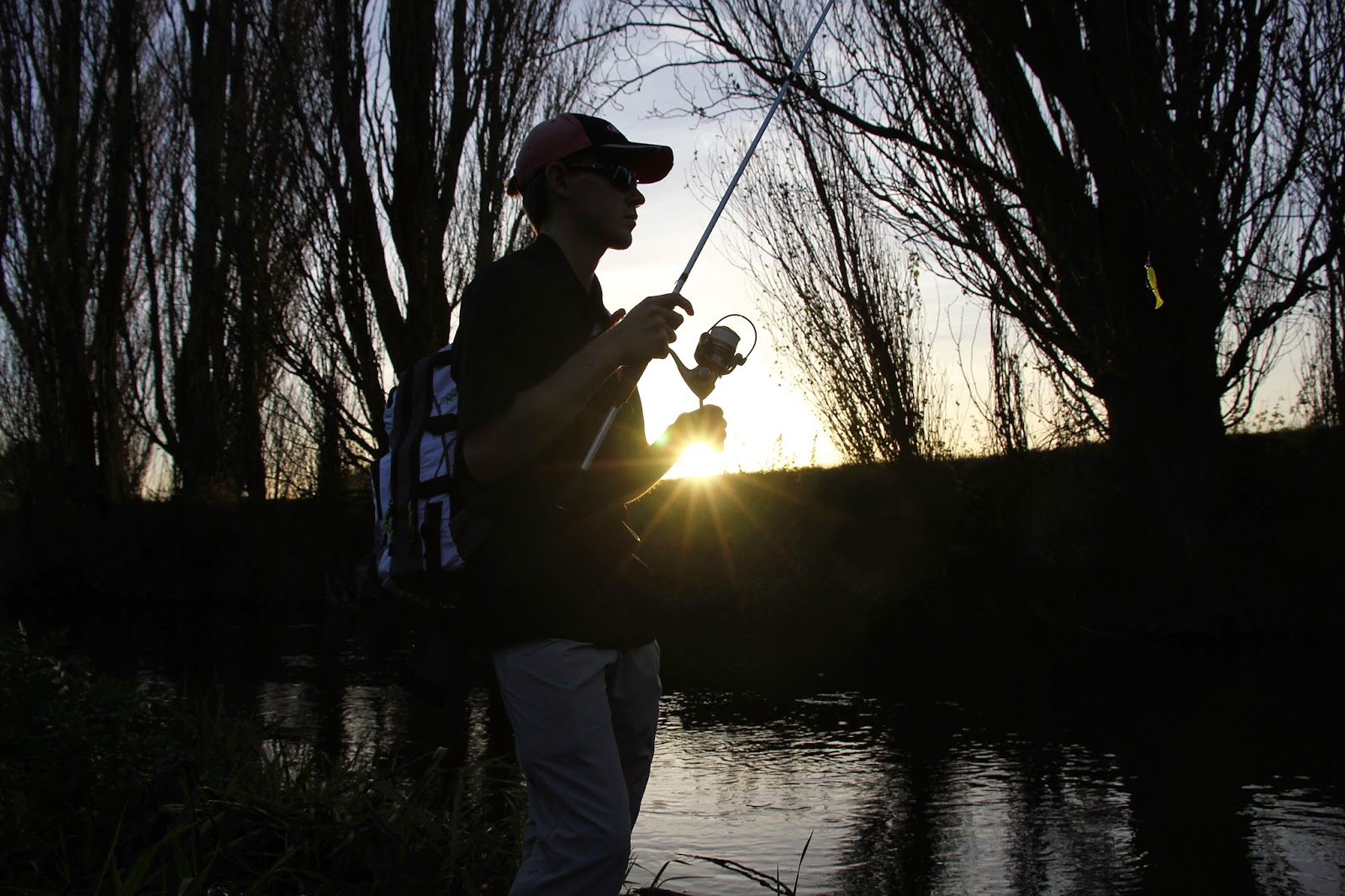