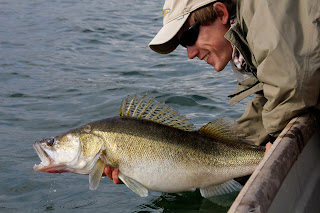 The past month has certainly been a hot one in many ways. Firstly, the weather, and secondly, the fishing!

After the exceptional afternoon Zander fishing we had on Grafham (mentioned in the last blog), we decided to go back and see if we could repeat it. Like our last outing, it could only be an afternoon trip because I had to take a GCSE maths exam earlier in the morning. We decided to try various spots including a couple of new areas before hitting the location where much of our success had come last time we fished. On my second cast of the day I was hooked in to a fish. It didn't seem that only an hour and a half previously I'd had my pen in hand, sitting in the exam hall - now, with my 9wt in my hand, I had a lively near 10lb Zed on the end of my line! What a start! The action continued with a few more fish to the boat, before we arrived at our final hotspot. To cut a long story short, we had an amazing last few hours fishing. I lost count of how many double hookups we had! By the time we had to pack up we'd landed 36 Zander plus 3 nice Perch. The fish averaged around 7lb and I caught a cracking new P.B weighing 13lb 12oz - it was huge!! 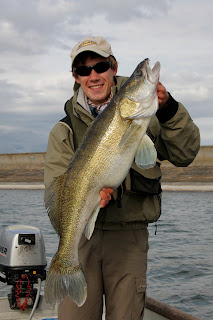 We also lost quite few too. We did return for a couple more trips about a week later, although not quite as prolific as before, we still managed to catch 31 Zeds, 1 Pike and a nice Perch. We worked out that over 3 full days fishing we caught over 700lbs of Zander in weight! 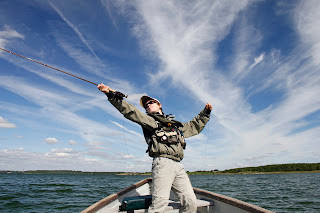 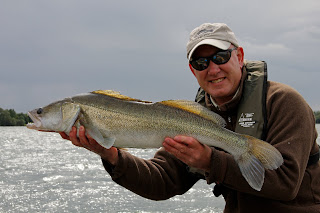 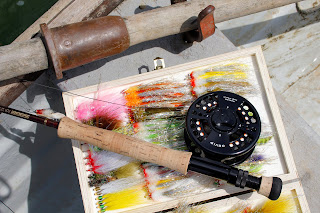 June 16th saw the start of the river season. To get some practice with dry flies before the Youth International, we had a couple of trips out on our local rivers using 5wt rods. Fishing dry flies has to be one of the most exciting ways to flyfish, no matter how big or small your catch. It's challenging fishing on a river at this time of year because of the high bankside vegetation and overhanging trees, but it all adds to the fun. We've managed to catch a good variety of species including Dace, Roach, Rudd, Chub, Perch, a Minnow(!), and even a couple of Brown Trout. Roaming along the bank stalking fish is a great way of spending time on a river. 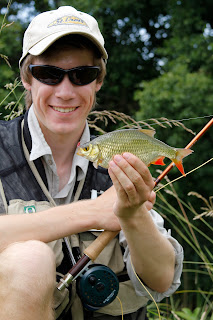 To make the most of the hot weather, we made a couple of trips targeting Carp on the fly on a local syndicate water. Although the weather was really hot, and the conditions suited flyfishing for them, the fish weren't really going barmy on the surface, making it tricky fishing - we think they were getting ready to spawn again. Despite the tricky fishing we caught 4 up to 18lb, including a lovely Koi my Dad caught. 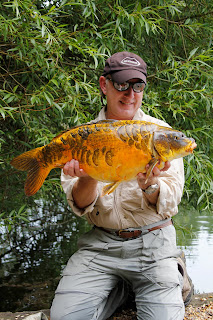 He also lost one that we think may have been 23lb+, right under the rod tip - as you can imagine he wasn't too pleased!

Next week I have a practice day and final meeting with the EYFA on Ravensthorpe, which should be good and it will be nice to see the team again. All our fishing from now on will be getting ready for the match that really counts - the International at Menteith!