Mixing it up a bit! 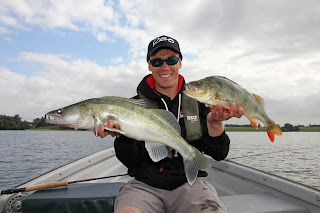 When summer arrives, I always aim to spend as much time out on the bank, or afloat as I can, trying to learn as much as I can to improve my lure fishing and flyfishing. This year has been slightly different though - instead, I've been to quite a few events (especially over the past month) sharing what I've learned from my experiences to newcomers keen to have a go themselves. Along the way I'm learning to improve my coaching, as well as my fishing, and you get a great buzz knowing that a person has enjoyed a session and learnt something new, especially if they've caught a fish!

A few weeks ago, Dad and I were at Fish'O'Mania coaching lure fishing with Eric Edwards. This was my third time to Fish'O'Mania and for the past two years we've always been faced with far from ideal conditions for targeting Pike and Perch - sweltering heat and bright sunshine. Although not quite as warm this year, we were faced with similar conditions, although a downpour on the Sunday morning freshened things up a bit. Using tiny curltails, participants managed to catch around 30 small Perch. After the coaching sessions had finished on the Saturday, Dad and I decided to stay on for another half hour and fish, and Dad landed a pretty Common Carp of around 9lb! It took a 1" Johnson Ribbontail Grub, and gave him a great fight on his Shakespeare Agility LRF rod! 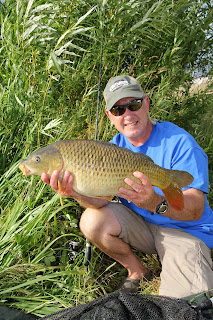 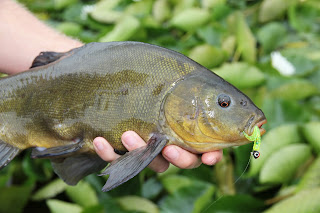 It was great to catch up with many good friends at Fish'O'Mania - it's the only time of the year that all the Project Managers from Get Hooked on Fishing meet up. It was also great to see familiar faces from last year who came to have a go at the lure fishing, and wanted a go again!

The 1" grub also worked well a few days after Fish'O'Mania, at a GHoF/Angling Trust 'Family Fishing' event at Alders Farm Fishery near Milton Keynes. Unfortunately, it poured down with rain all day, but I was surprised how many people came along, considering how heavy the rain was! There aren't that many Perch in Ash Lake (where we were lure fishing), but a few anglers managed to catch their first Carp on soft plastics - including Keith Arthur and Alders Farm Fishery Manager, Trevor Price! 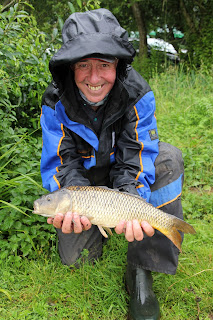 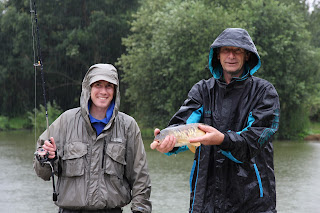 The weekend before last we were at Harewood House near Leeds at the CLA Game Fair, introducing people to lure fishing at the Get Hooked on Fishing Funfair. Lots of people tried out some of the new Abu and Berkley lures for the UK for 2016 - in fact, over 500 people signed in to at least one activity, whether that was lure fishing, fly casting, or other games such as casting and throwing accuracy! 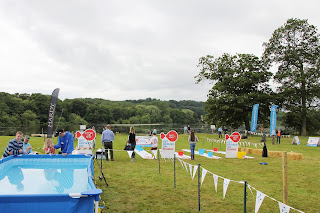 Most of our own fishing has been short morning or evening sessions, wandering along our local River Lea, although we had an action-packed trip afloat on the River Thames, as well as a couple of days fishing the midlands reservoirs lure fishing and flyfishing for predators. 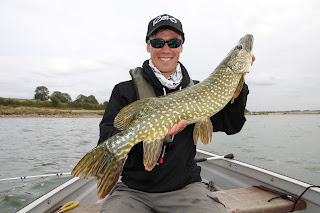 We've been trying to stalk the Chub along the Lea with tiny soft plastics, and we've seen some huge fish, as well as Barbel too. 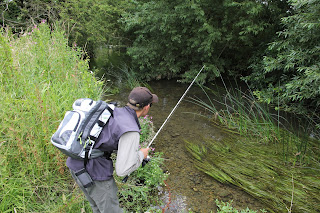 Unfortunately, I lost a very big Chub a couple of weeks back, but we've managed to land a few to nearly 5lbs on Berkley 1" Sparkle Nymphs and Crazy Legs Chigger Craws - two creature baits that have worked very well for us this summer. 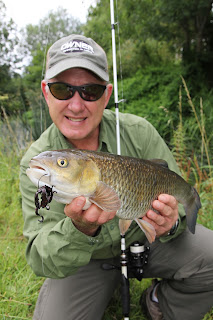 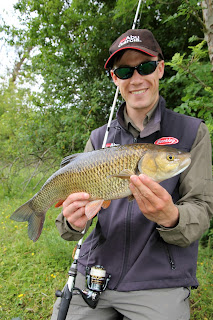 On one morning trip (the same day as I lost a huge Chub), Dad spotted two small Barbel on a gravel run. He cast his Sparkle Nymph to one, and it was on it like a flash - moments later it was in the net! 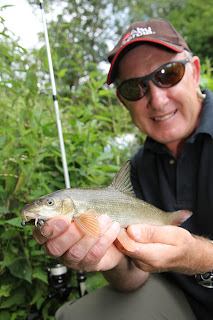 A few weeks back, we had a trip afloat on our boat on the Thames for the first time this year - I can't believe where that time has gone! Conditions looked good when we arrived and it didn't take long for us to start catching a few Pike and Perch, including this good stripey. 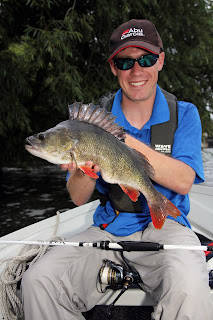 As we were taking the photos of the Perch, it started to spit with rain. It hadn't been forecast, but it became heavier, and heavier, and heavier! We continued to fish in to the night targeting Zander and Chub, and I managed to land a nice Chub on a Texas rigged Berkley Havoc Rocket Craw, but not long after we decided to pack up as the rain was relentless! 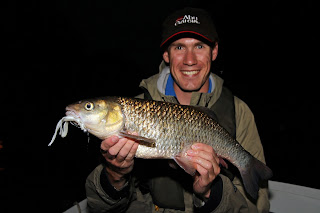 Taking the boat out of the water in pitch black and pouring rain proved to be a nightmare - we couldn't see what we were doing, we were both slipping over taking the boat up the slipway and bent one of our transducer brackets in the process. Still, we landed 41 Perch and 13 Pike, plus my Chub over the course of the session, so at least we caught a few fish!

We've managed to fit in a couple of trips on the midlands reservoirs this past month - the first of those was the day after Fish'O'Mania, fishing in the Airflo International Midland Final on Grafham - a match me and my trout team, the Pitsford Pirates, had qualified for a few weeks back. Sadly, we missed out on qualification for the final by what equated to just a couple of fish! Congratulations to Rio Masters, Reservoir Dogs and Elinor for making it to the final.

Our most recent trip was a few days ago, flyfishing for the predators, again on Grafham, and for most of the day my Dad gave me a real thrashing, catching the majority of our 14 Zander and 7 Perch haul. 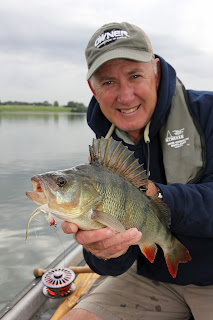 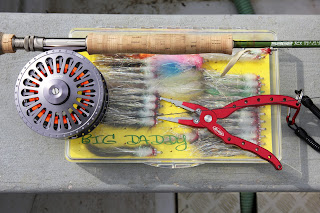 However, in the evening I hooked in to a hard fighting fish, which at first I thought was a good Zander, but instead it turned out to be my biggest Perch of the day, weighing 3lb 7oz. 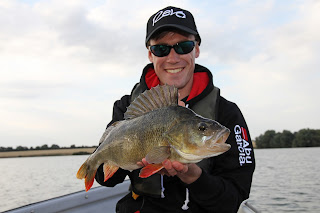 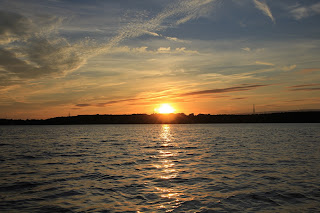 Lastly, every summer, Dad and I have to get our fix of flyfishing for Carp, and we spent a morning at Rib Valley targeting them with mixer imitation flies. We caught a few Carp, including this pretty Ghost Koi my Dad caught. 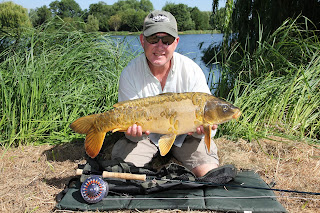 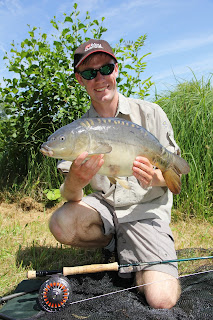