Lure fishing in the floods! 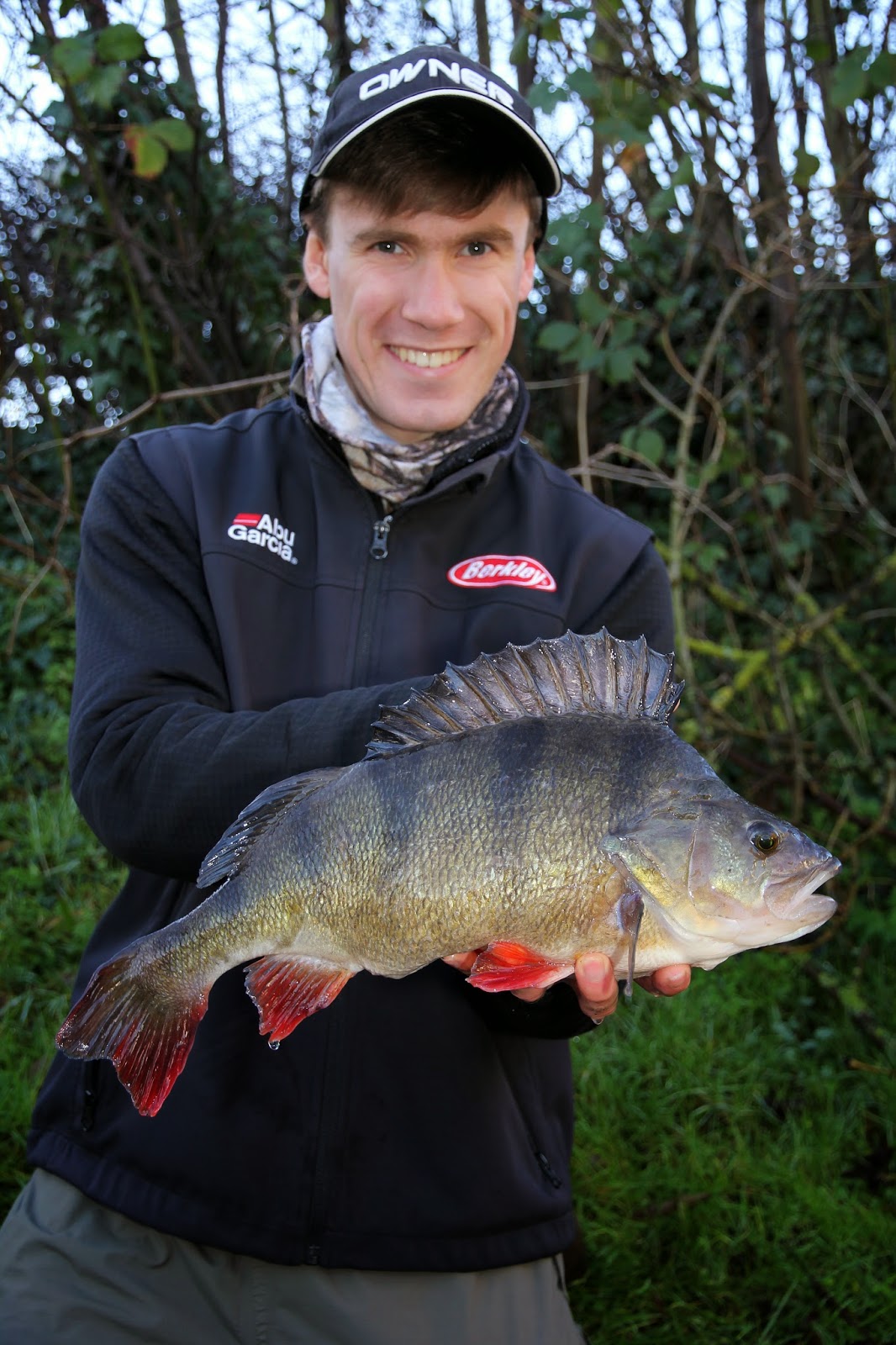 In last month's post, I used one word to describe the fishing for me and my Dad between November and December, which was 'tough'. Unfortunately though, since Christmas, it's been even tougher!

I don't think I've put in so much time and effort in during the course of one month and been rewarded with so little. For most of the time, my local rivers, in which I intended to target Perch, have been too pacey or coloured for lure fishing, although we have managed to fit in a couple of trips and although we haven't caught lots of fish, most have been over the 2 and a half pound mark. 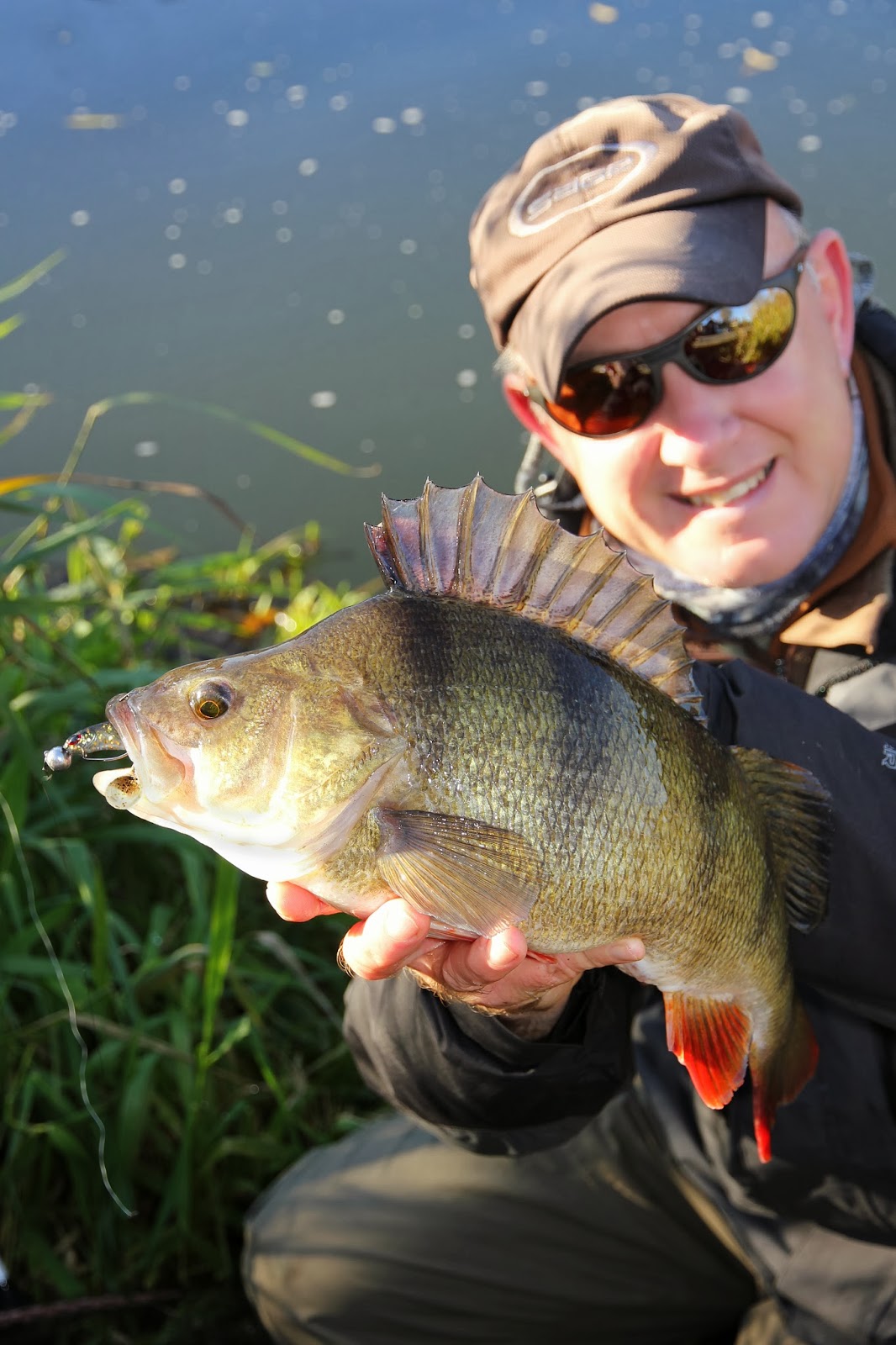 I was recently watching the news and they showed the River Wey near Weybridge, close to where we keep our boat, and parts of the town were underwater! So a lot of our fishing has been based on stillwaters, but even gravel pits and reservoirs haven't been easy! 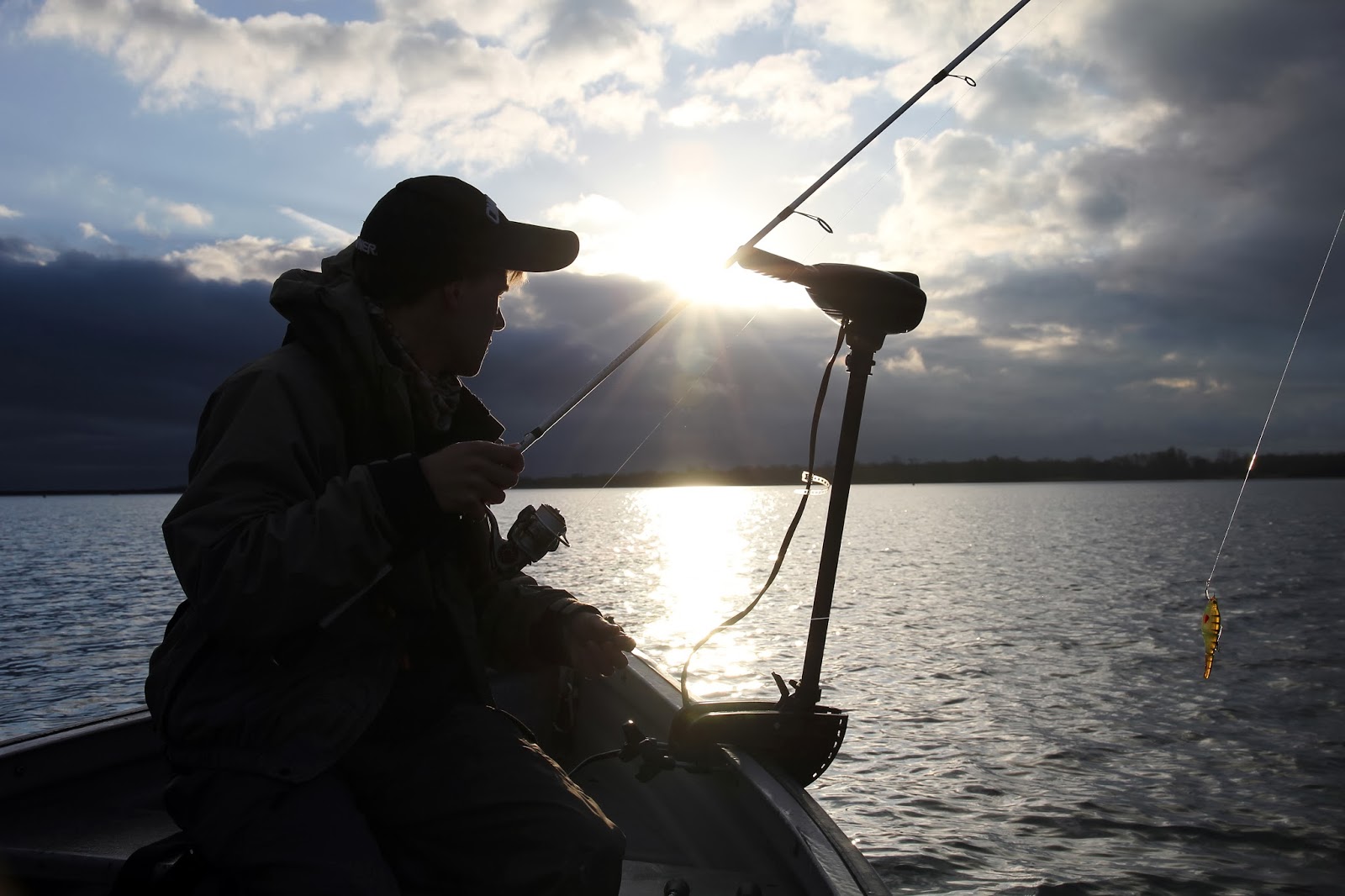 On one local gravel pit, I've been targeting the predators with lures whilst my Dad, for a change, has been targeting Roach on the quivertip. Each time we fished it, he wouldn't have any bites for most of the day, then at around 3pm everything suddenly switched on and the fish became more and more confident feeding as the light diminished. Dad's been averaging 4 or 5 Roach a trip with a best of 1lb 3oz so far, though I know he's aiming for a 2lb'er! 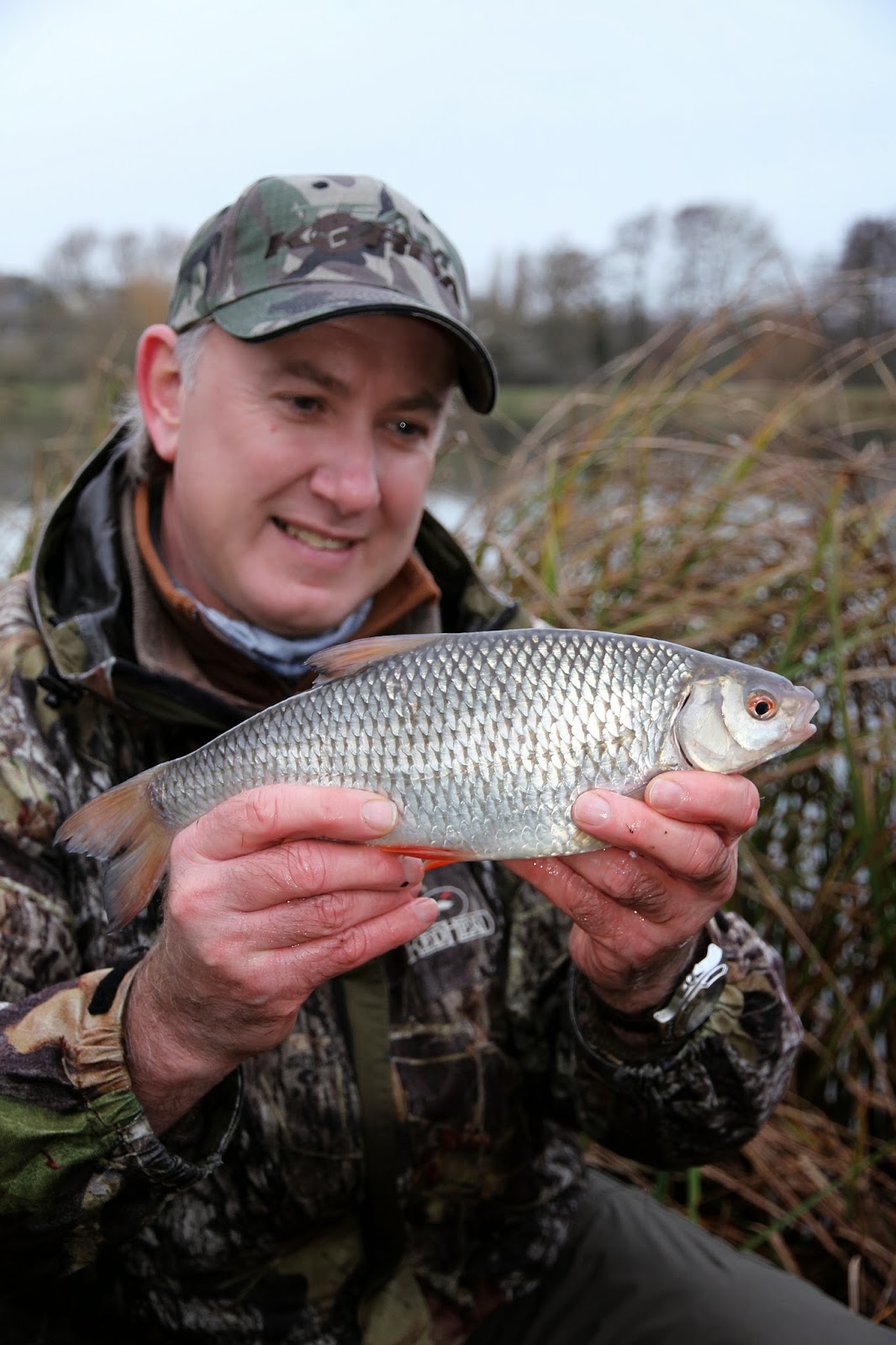 When it comes to lure fishing, that's been much harder - I've caught a few small jacks on my outings but not a single Perch. On one afternoon I lapped the lake whilst my Dad was quivertipping, covering it well with a variety of different types of lures with not a sign of a fish. I decided to go and see my Dad and whilst he was having a break, I fished with his quivertip rod and within minutes landed a Perch of 2lb 5oz! It's not my favourite way of catching Perch, but at least it saved me from a blank!

It's not just gravel pits that have been hard going. Two trips on Grafham recently have resulted in just a couple of Zander around the 7lbs mark. 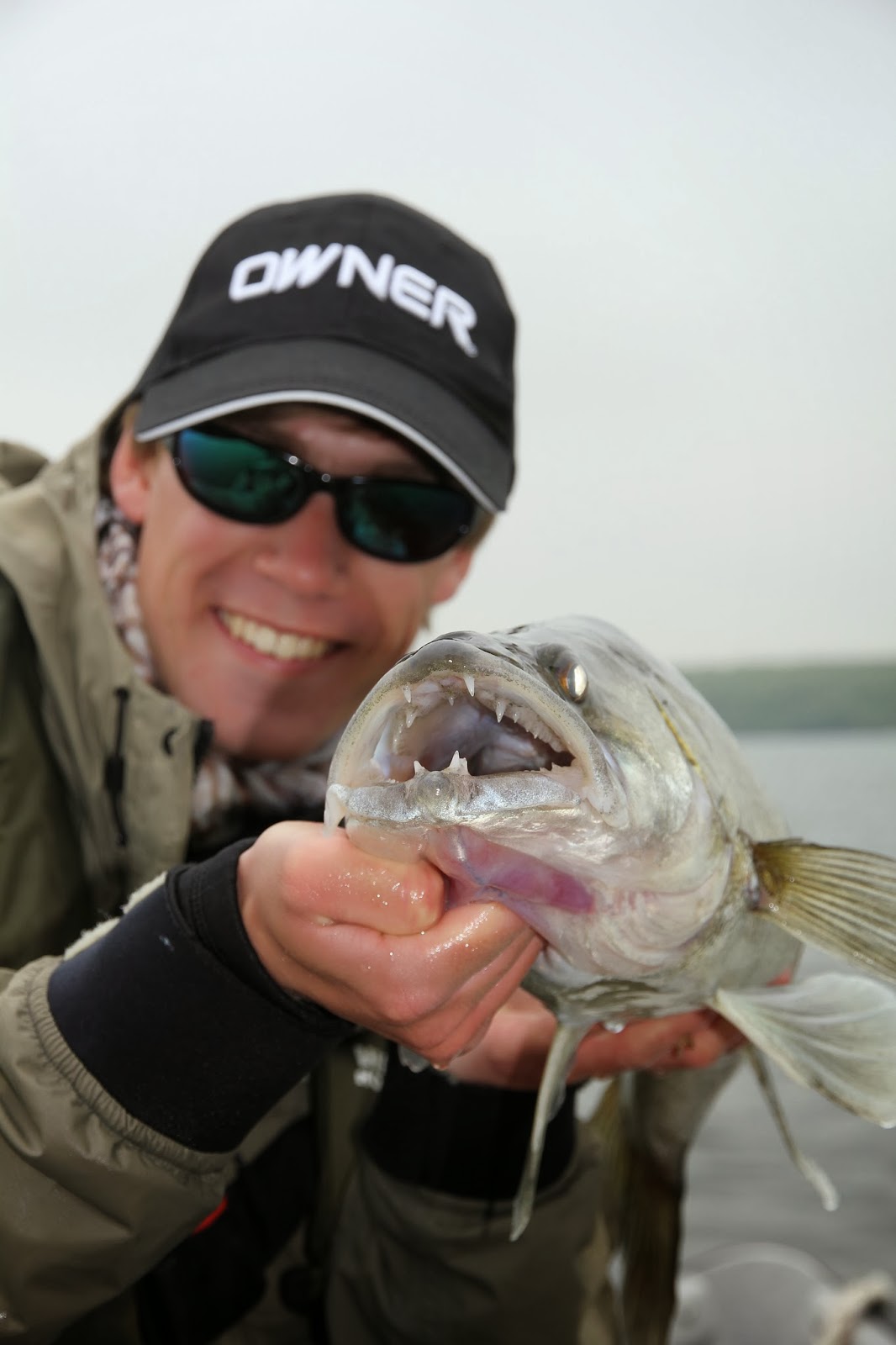 With the exception of a few days, the rivers have been unfishable with lures so we had a couple of trips roving along my local River Lea with quivertipping gear. Sometimes it's nice to have a break from the lure fishing and although we didn't catch loads, or any big fish, we enjoyed banking some nice Chub, Bream and a greedy Brown Trout that we caught twice - I caught it first then we returned to the same area the next day and Dad caught it!

However, there were a couple of spells where we didn't have any rain for a few days, and although my local rivers still stayed quite muddy, they were just about lure fishable. Previous to my first river trip of 2014, it had been nearly a month since I'd last fished them but it was well worth it as we had quite a few Pike and after catching my first Perch of the year, I quickly netted my second which weighed 3lb 7oz, on a Texas rigged Berkley Ripple Shad in Purple Chartreuse. 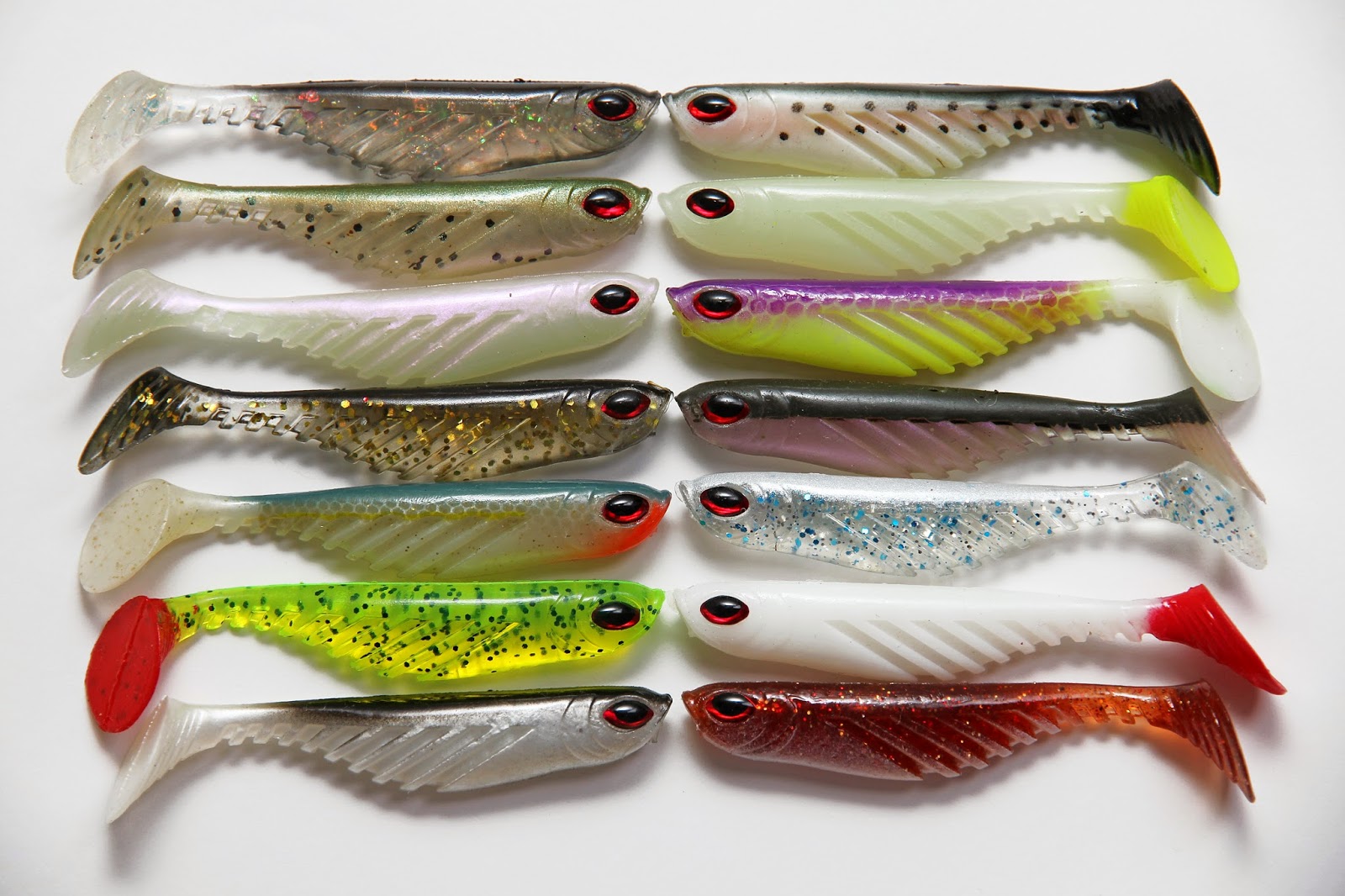 Berkley Ripple Shads have been a fantastic soft bait for us over the past year or so. It has a large paddletail which, when retrieved, creates lots of movement and vibration and causes the shad to shimmy from side to side. The grooves in the shad's body displace even more water and the large surface area makes it ideal for applying scents, something which I've been experimenting with this winter. They're also available in a huge variety of colours - Purple Chartreuse has been my favourite recently as it shows up well in muddy water. 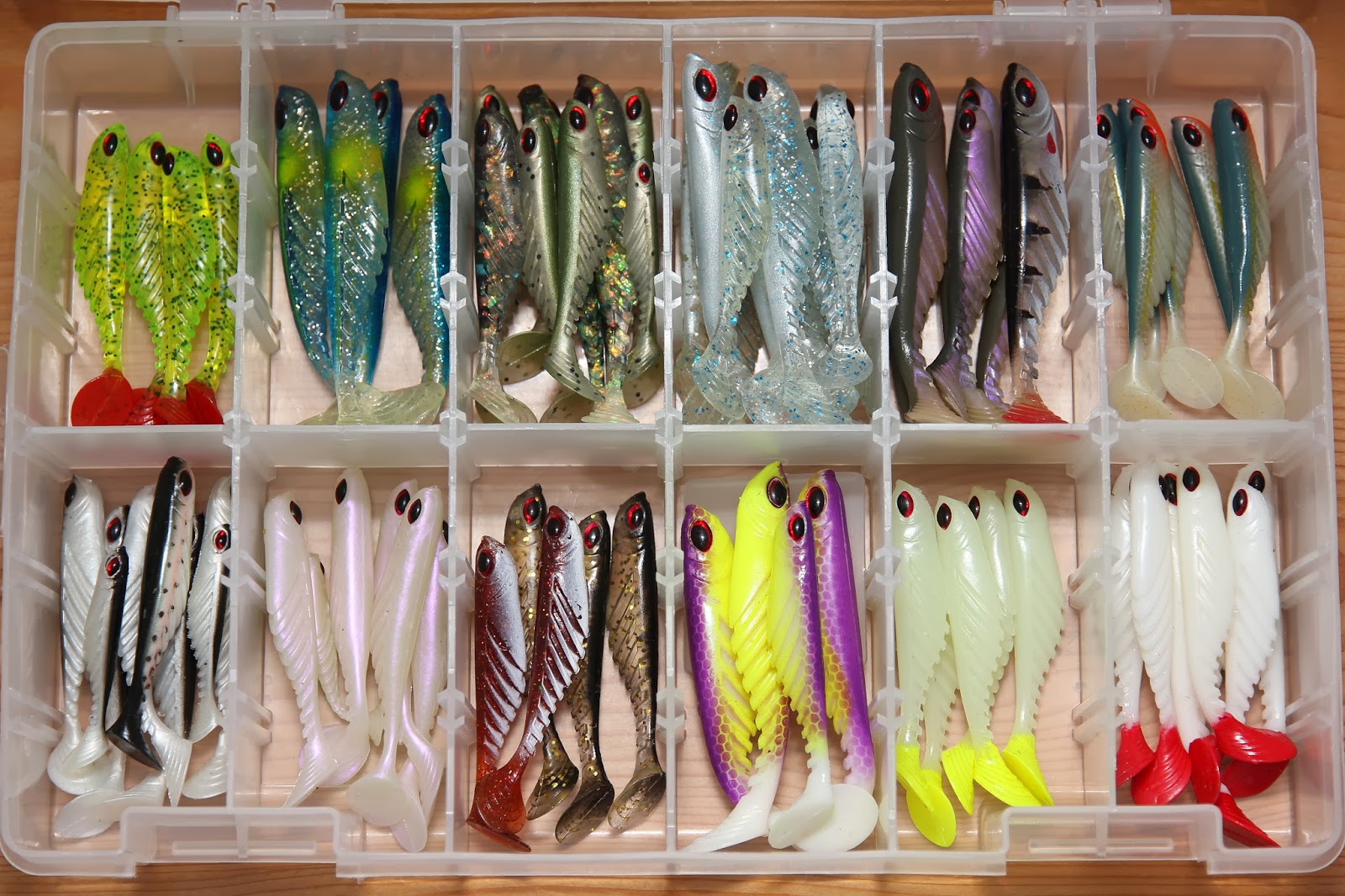 Back to the fishing, at around 2pm though, a huge, never ending band of black cloud loomed over us and the heavens opened! Not only were we both soaked by the time it got dark, but the river began to rise and colour up again. As the river was colouring up again, a switch to a Spinnerbait with a bright curtail trailer in the last hour of light produced a Pike and one more Perch of 3lb 1oz, and my Dad landed a couple of smaller Perch and a Pike. We were hoping to fish the next day but by the morning the river had turned a chocolate colour again and was almost in the fields! 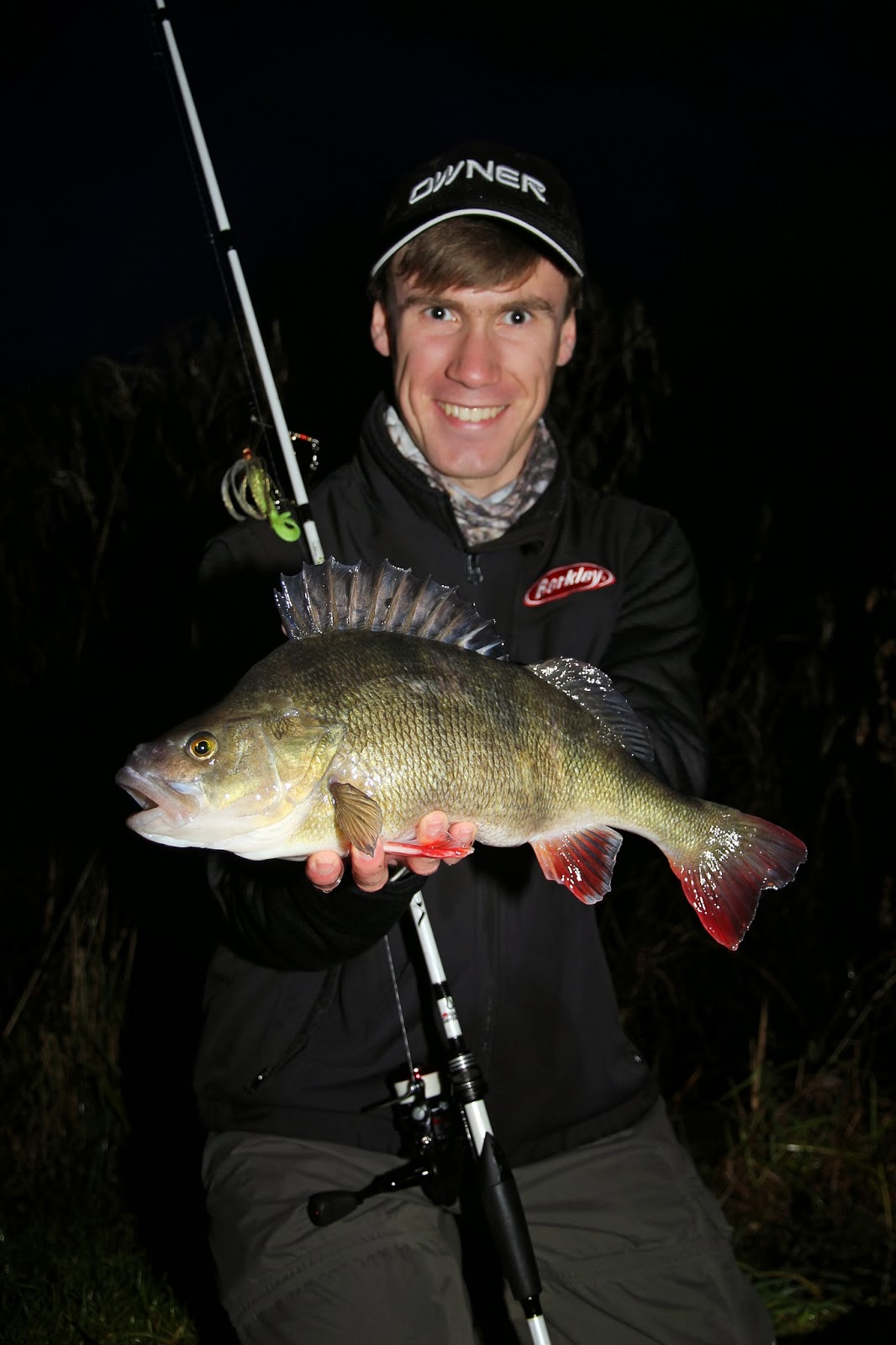 It took over a week for the river to fine down again, and for the first couple of days last week the river conditions were much better. Surprisingly though, the fishing wasn't easy. On the first of two afternoons Dad had 4 Perch, the biggest weighing 3lb 4oz, 2lb 13oz and 2lb 10oz, again on the Ripple Shads. 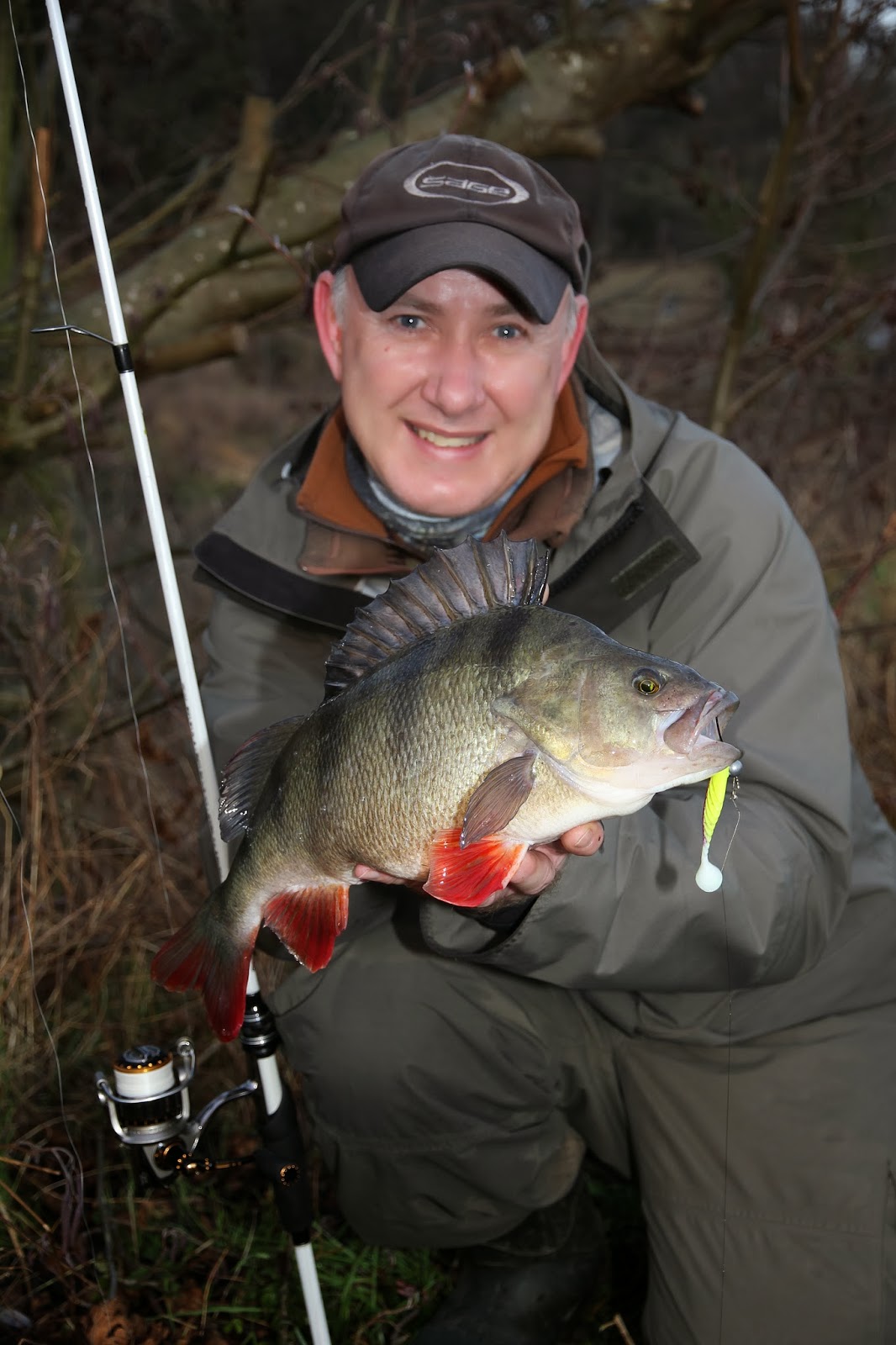 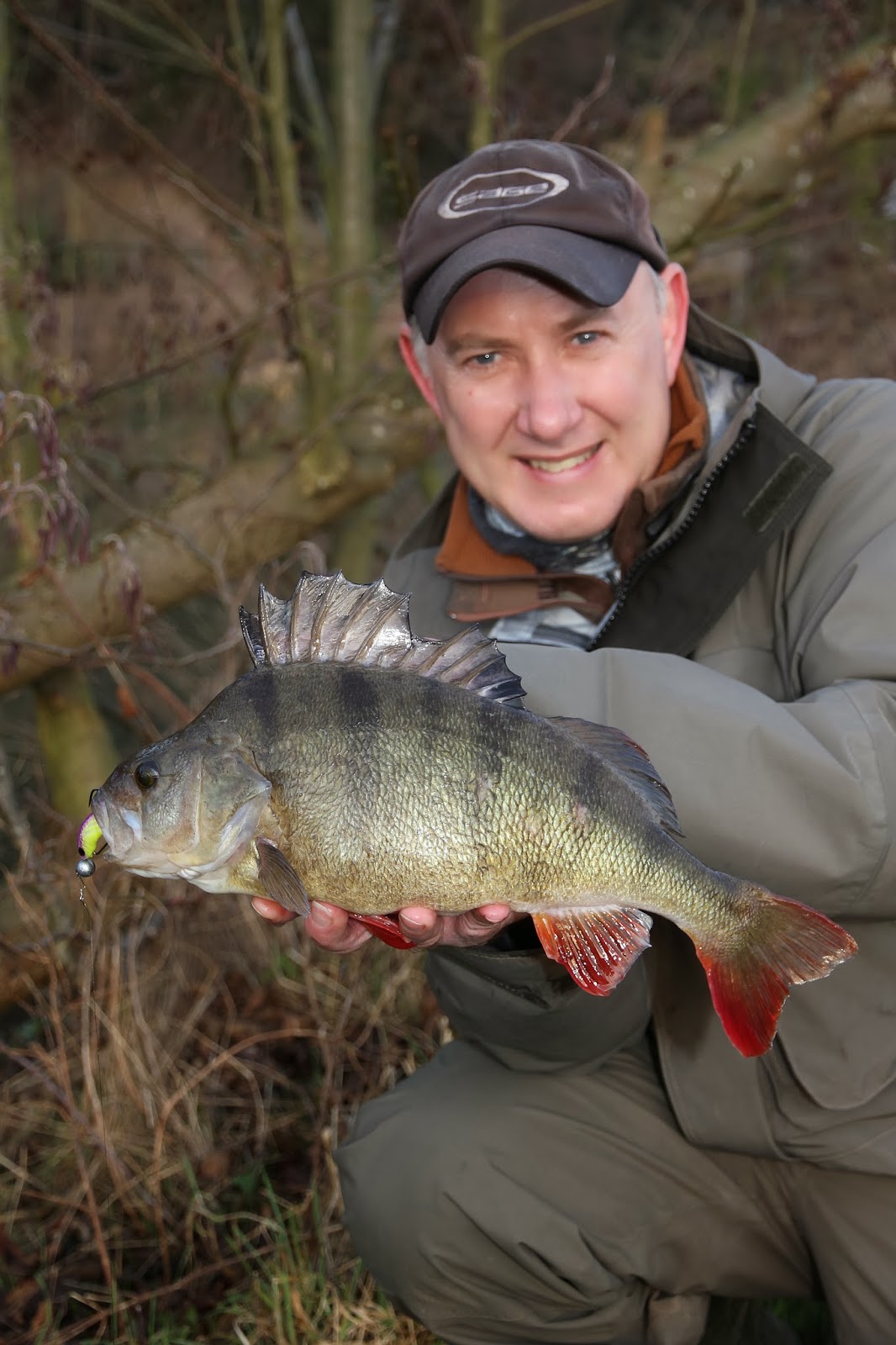 The next day was even harder and we caught just one Perch between us, although it did weigh 3lb 5oz and was coupled with some small but feisty Pike. 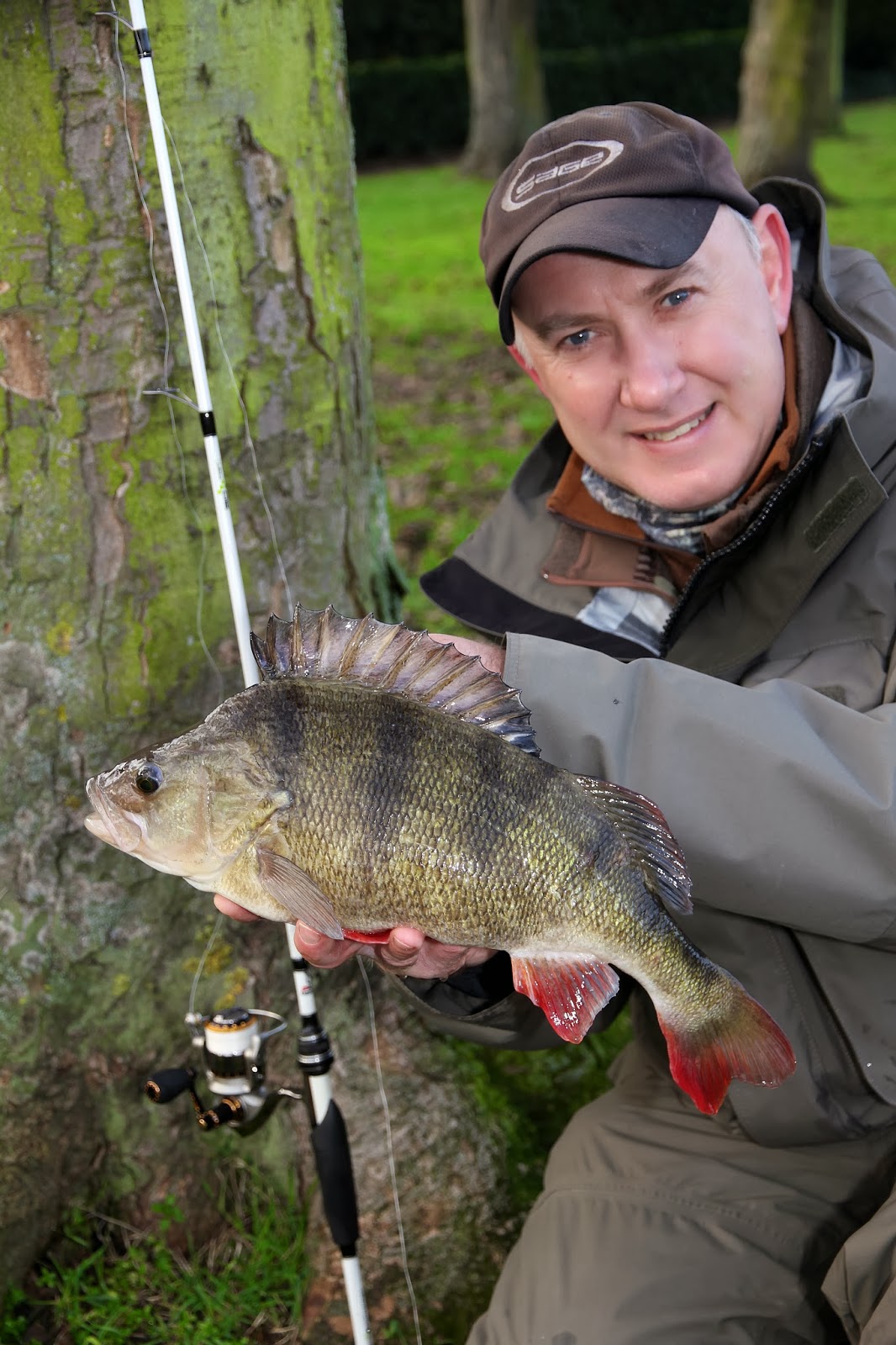 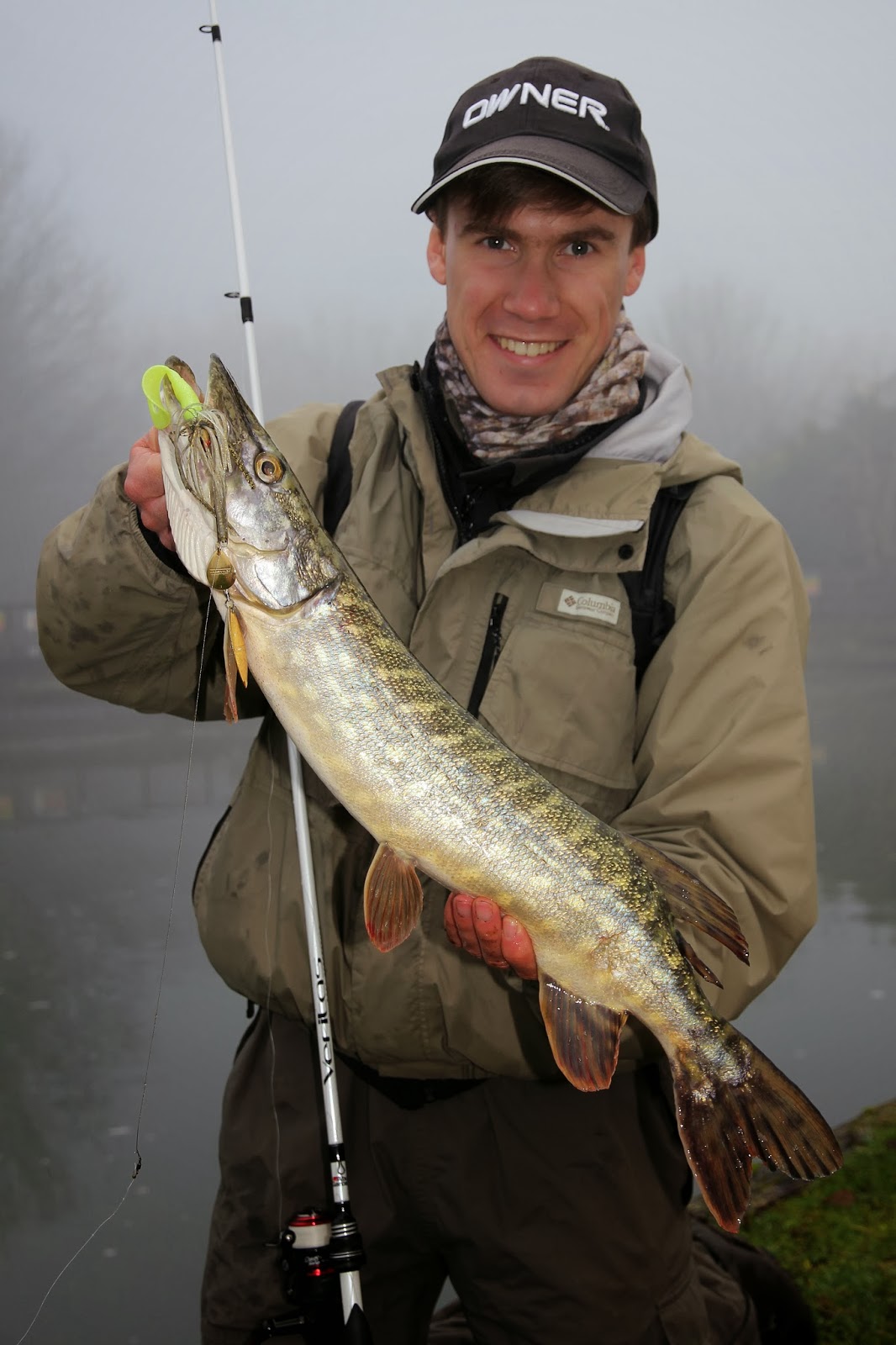 The next morning I woke up to have a look at an area of my local River Lea to find overnight rain had coloured it up once again and water was bombing through! We've had a warm winter so far but I've never known it to rain so much for such a long period! Hopefully next month will bring some drier weather...