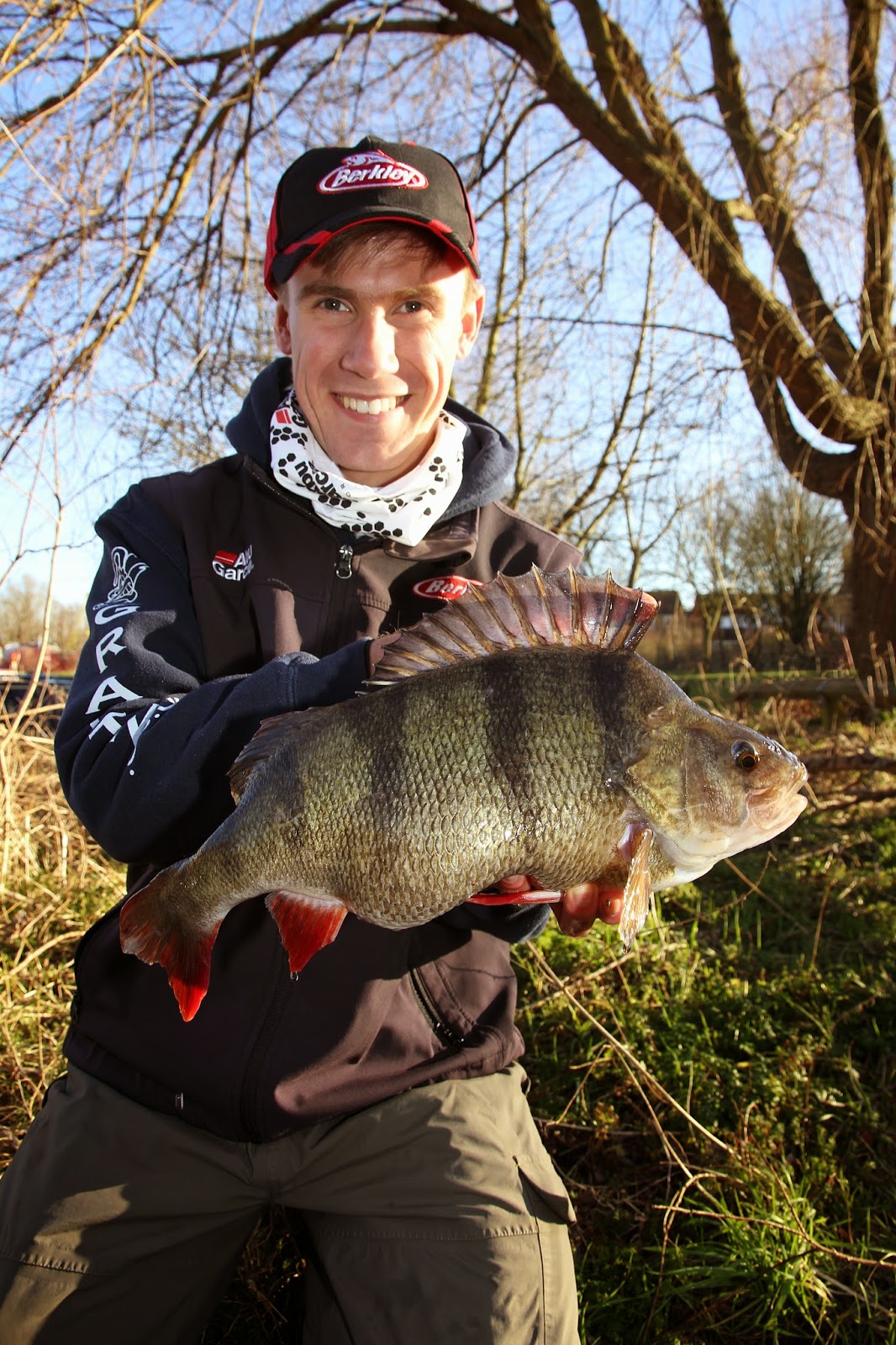 It always seems like a mad rush trying to fit in as much fishing on rivers as possible before March 15th arrives and the season finally comes to a close. Over the past month, most of our fishing has been on our local rivers - sadly, we never managed to get down to our boat on the Thames, although we have had a few trips further afield. Just like January and early February, the last few weeks of the season have not been easy, but persistence has paid off with some cracking stripeys for both me and my Dad. 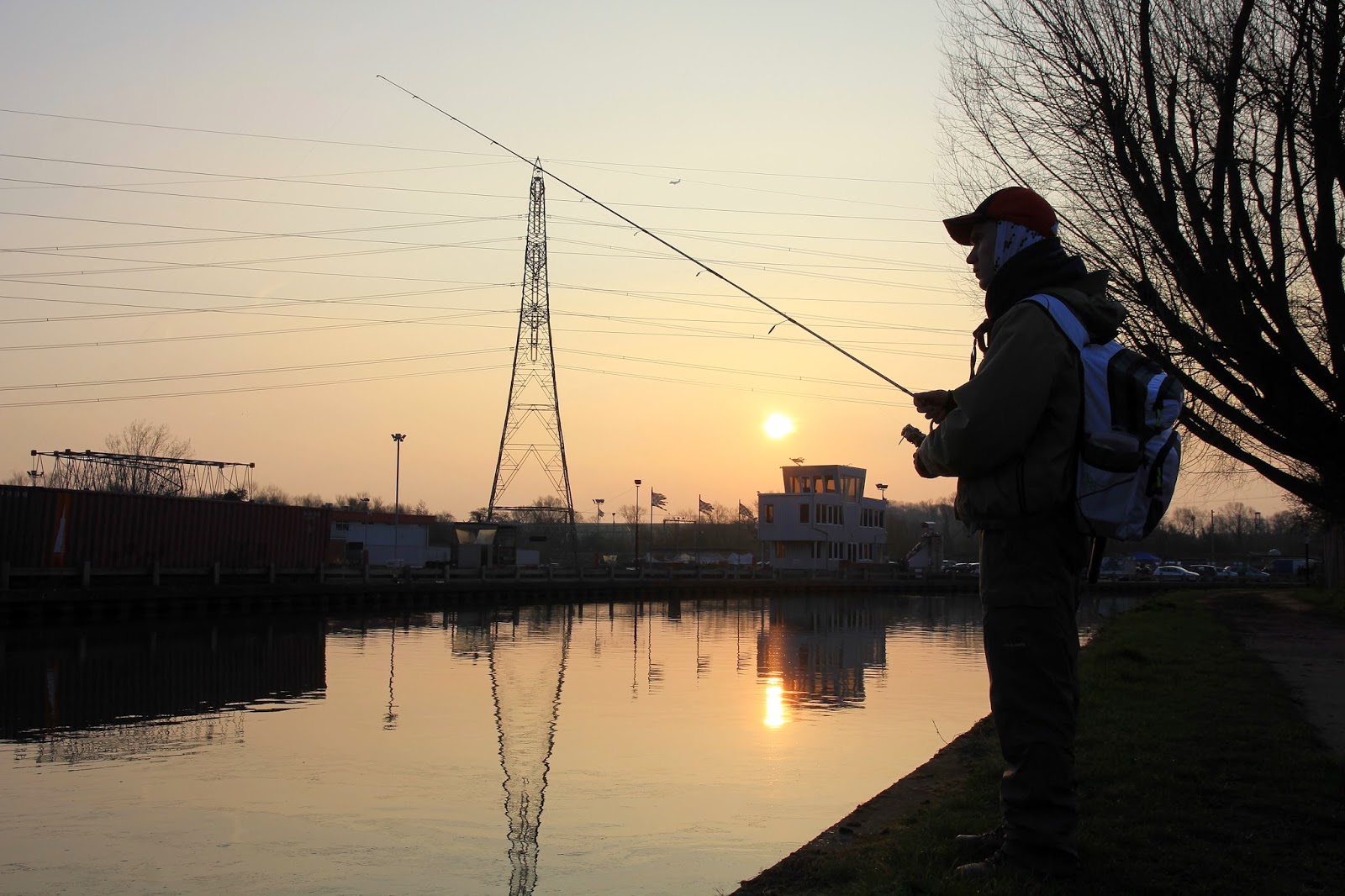 We've caught them on a number of different techniques and types of lures, but drop-shotting has definitely proved the most effective tactic this past month. I think the reason for this is because I've been concentrating my efforts in areas where I know hold fish, especially when the rivers were in flood or very coloured a few weeks ago, by 'deadsticking', which means hardly moving the soft bait. It takes a bit of patience but it's definitely been working! 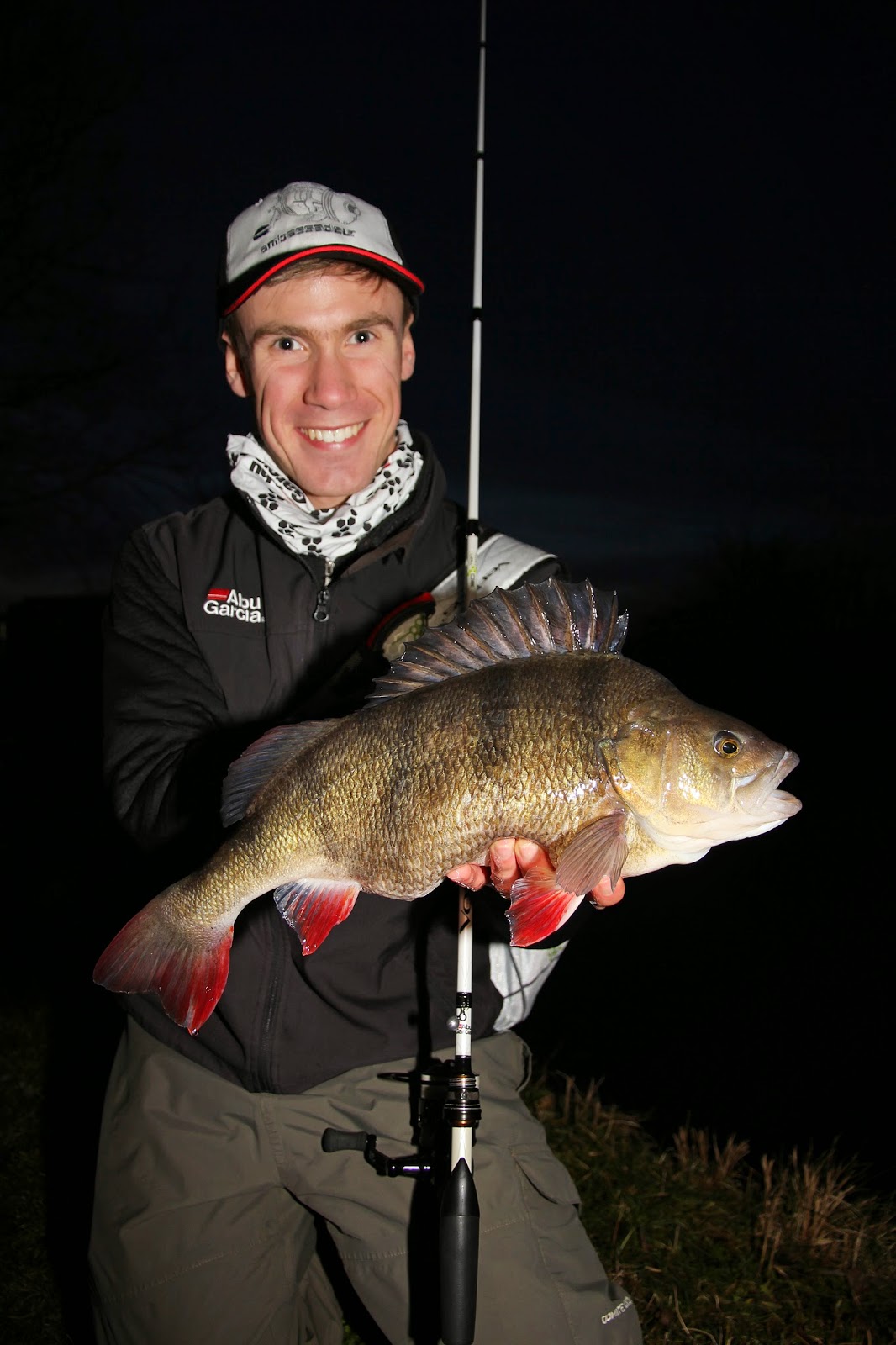 My Dad has also caught some good stripeys on chatterbaits and Texas rigged soft baits - some of the most effective have been the Berkley Havoc 3" Pit Boss and Sébile 65mm A.T Minnow. 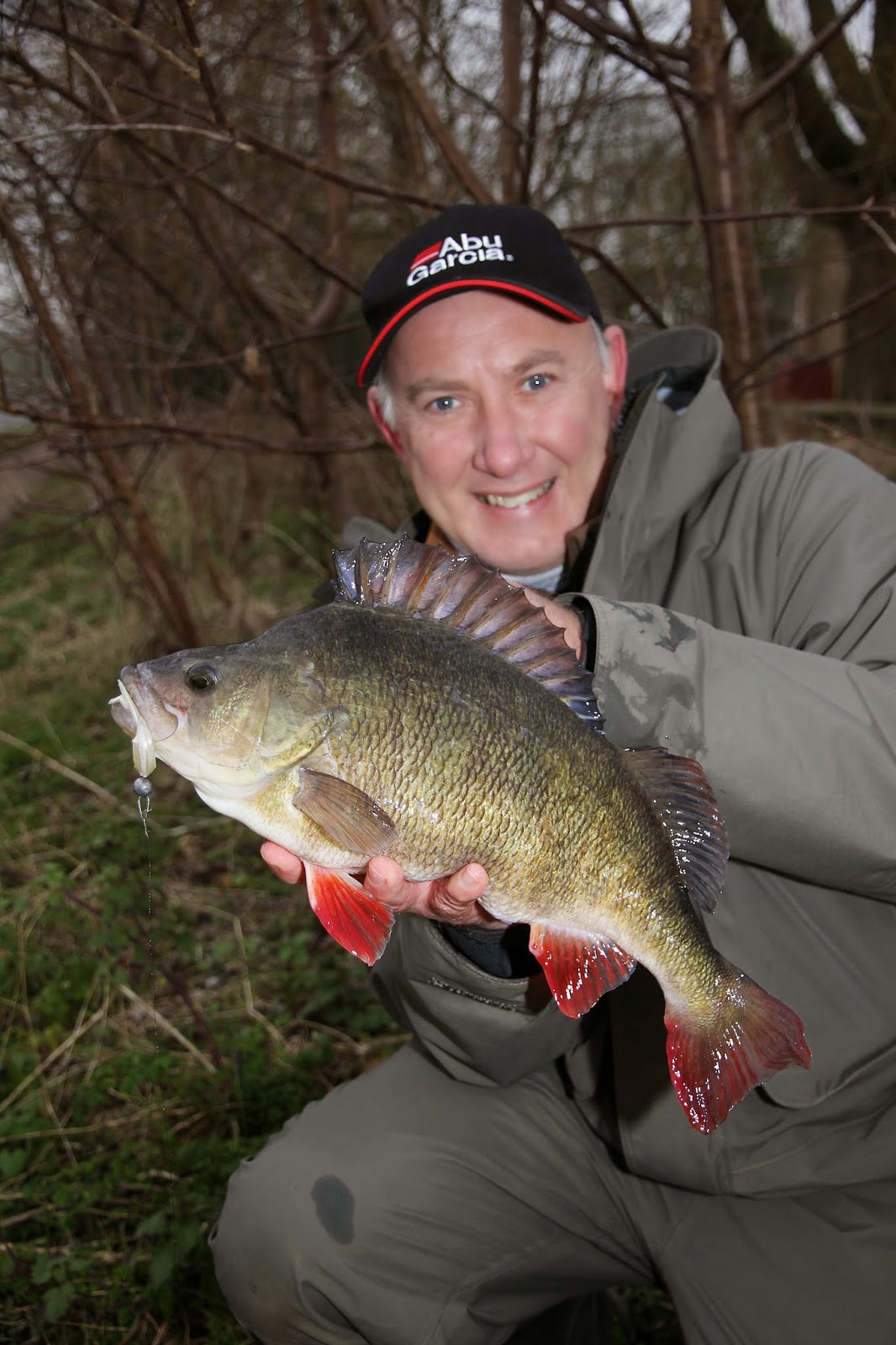 One very enjoyable days fishing we've had over the past month was with Adam Entwistle. In return for a beautiful illustration of a Perch I caught a couple of years ago, I promised Adam a trip lure fishing, when he was next over from France where he runs The Sanctuary Fishery. When we arrived at the river it was very coloured, and we knew the fishing was going to be tough. After a couple of hours fishing we hadn't had a single bite, so we moved to another area upstream, and at our next stop, I had a subtle take drop-shotting a white Berkley Twitchtail Minnow and landed a cracker of a Perch an ounce under 4lb. 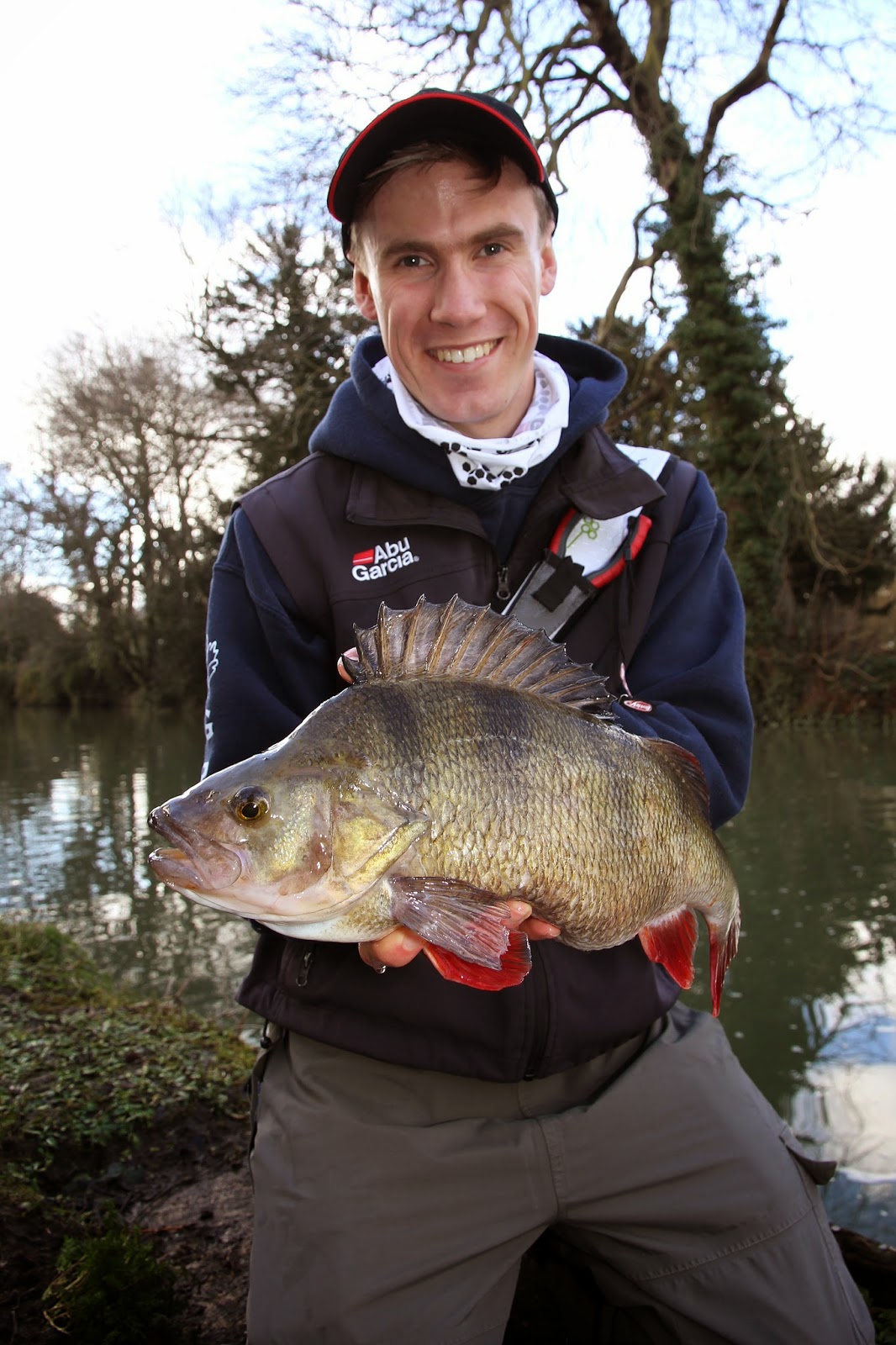 Dad and I were desperate for Adam to catch, so we suggested another move to a stretch about a mile away and on his first cast, using a Berkley Ripple Shad, he caught a beautiful Perch of 3lb 1oz. 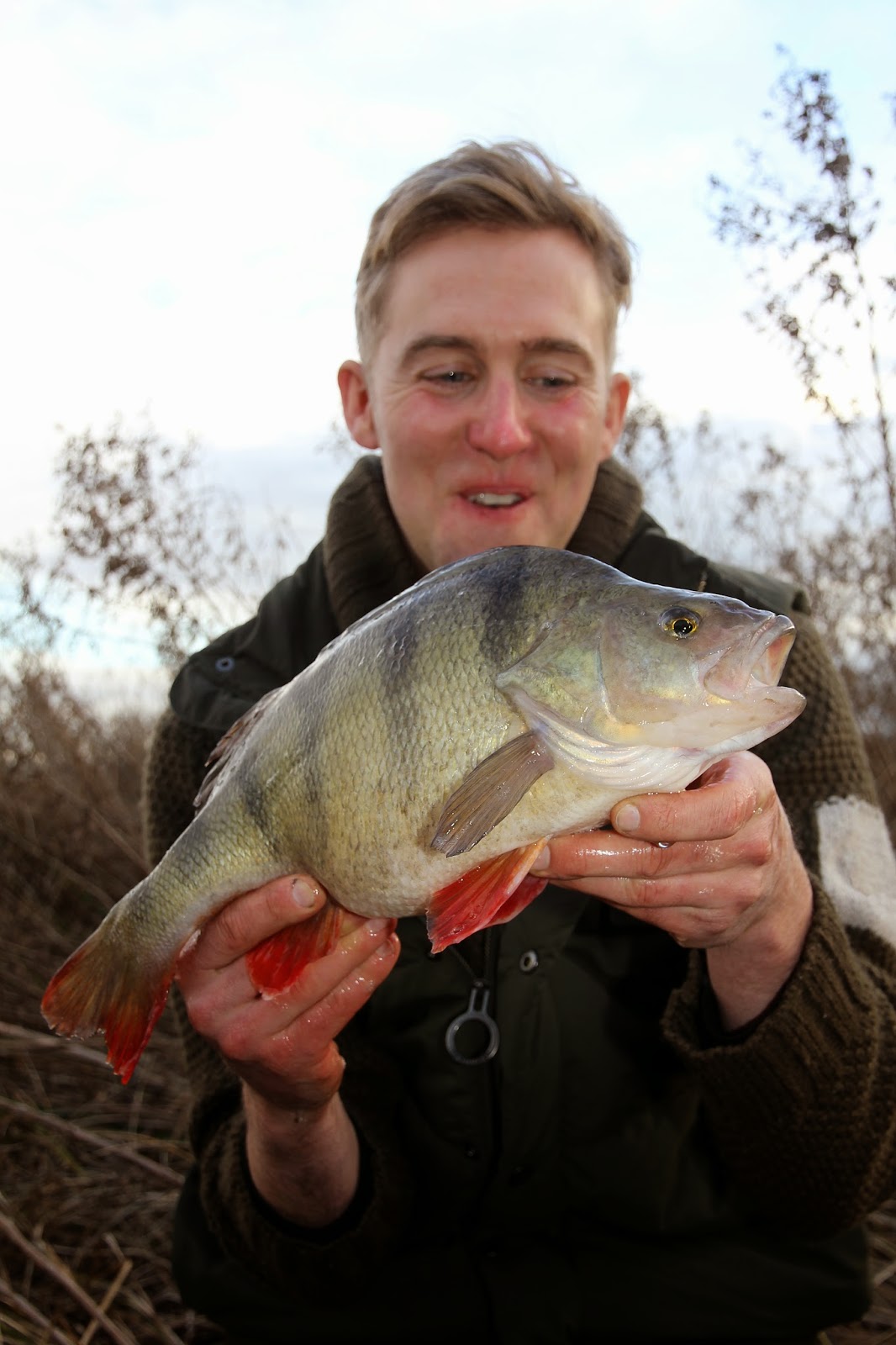 I then had another of 2lb 8oz and moments later Adam landed a feisty Pike. To round the day off we watched a Barn Owl hunting along the river - what a great day!

A couple of days later I was a guest on Sky Sports 'Tightlines' TV show. It was a huge honour to be a guest on the show in November 2013, so to be asked back again was fantastic! I really enjoyed chatting lure fishing and flyfishing to Keith and a big thanks to Keith and Mick Brais, the producer, for inviting me along! The show ended with a fitting tribute to Keith Speer - a fantastic angler who, unfortunately, I only had the pleasure of meeting once, before his untimely passing just a couple of days before the show was aired. 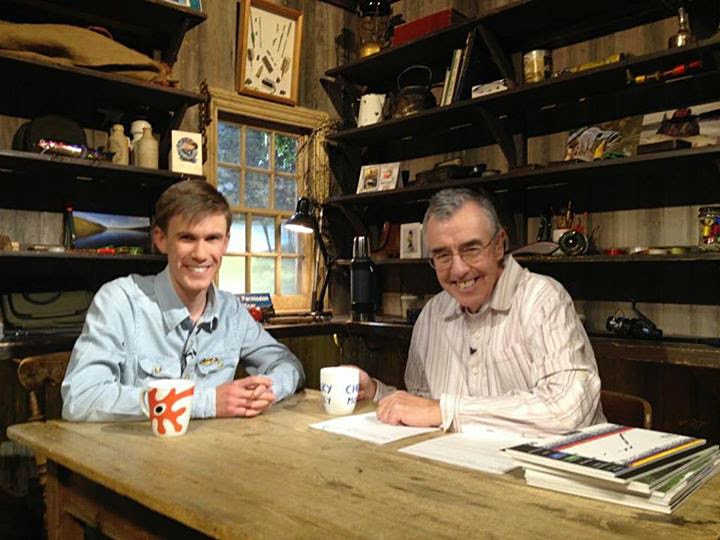 The day after Tightlines, my Mum, Dad and I ventured to Herefordshire as my Aunt and Uncle had hired a big house for the weekend to celebrate their joint 50th birthday party with friends. The house backed on to the tiny but very picturesque River Dore, a tributary of the Monnow, so Dad and I brought along a 7' 4wt rod to see if we could catch some Grayling. Although it rained all day and we both got soaked, we caught a few small Grayling plus a couple of Brownies on Gold Bead Hares Ears. It was the first time we'd flyfished for Grayling for a couple of years and it was a nice change from the lure fishing. 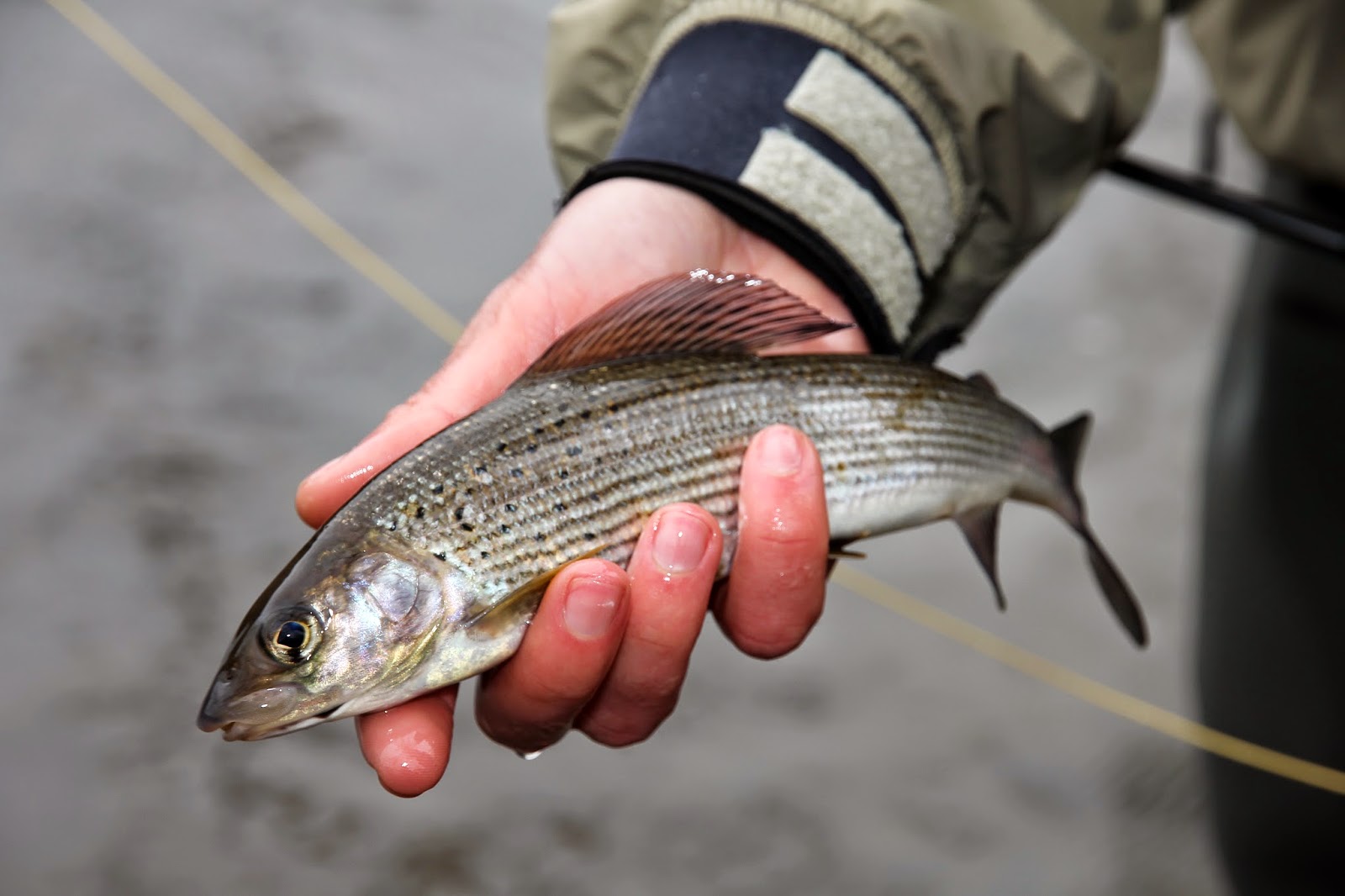 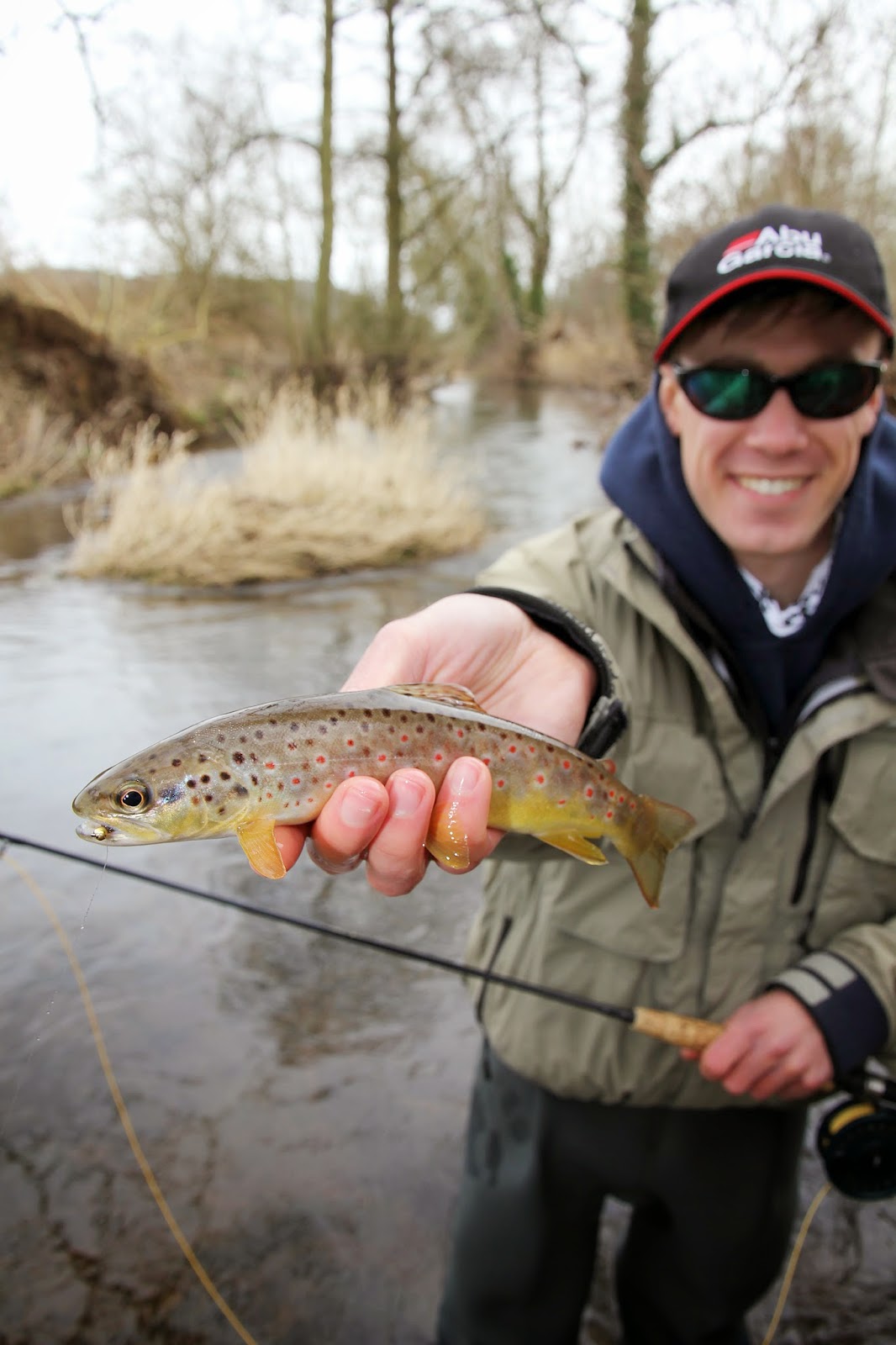 Just a day after returning from Herefordshire, we found ourselves back on my local River Lea targeting Perch for a couple of hours before dark. I wish all first casts were like the first cast I had that afternoon - it resulted in an immaculate, chunky Perch weighing 4lb 1oz! (pictured at the top of this post). We continued fishing for the rest of the afternoon, with just a Brownie for my Dad to show for our efforts, then as the light faded, I decided to return to the area I'd caught the 4lb 1oz from. I caught that Perch on a drop-shotted Berkley Twitchtail Minnow in Smelt, and as there was little light left I changed colour to a brighter Pearl White. It was a good move as a couple of minutes later I had a hefty whack and moments after I had another huge Perch in the net! I couldn't believe it when the scales tipped round to 3lb 15oz - a brace of Perch for 8lbs! 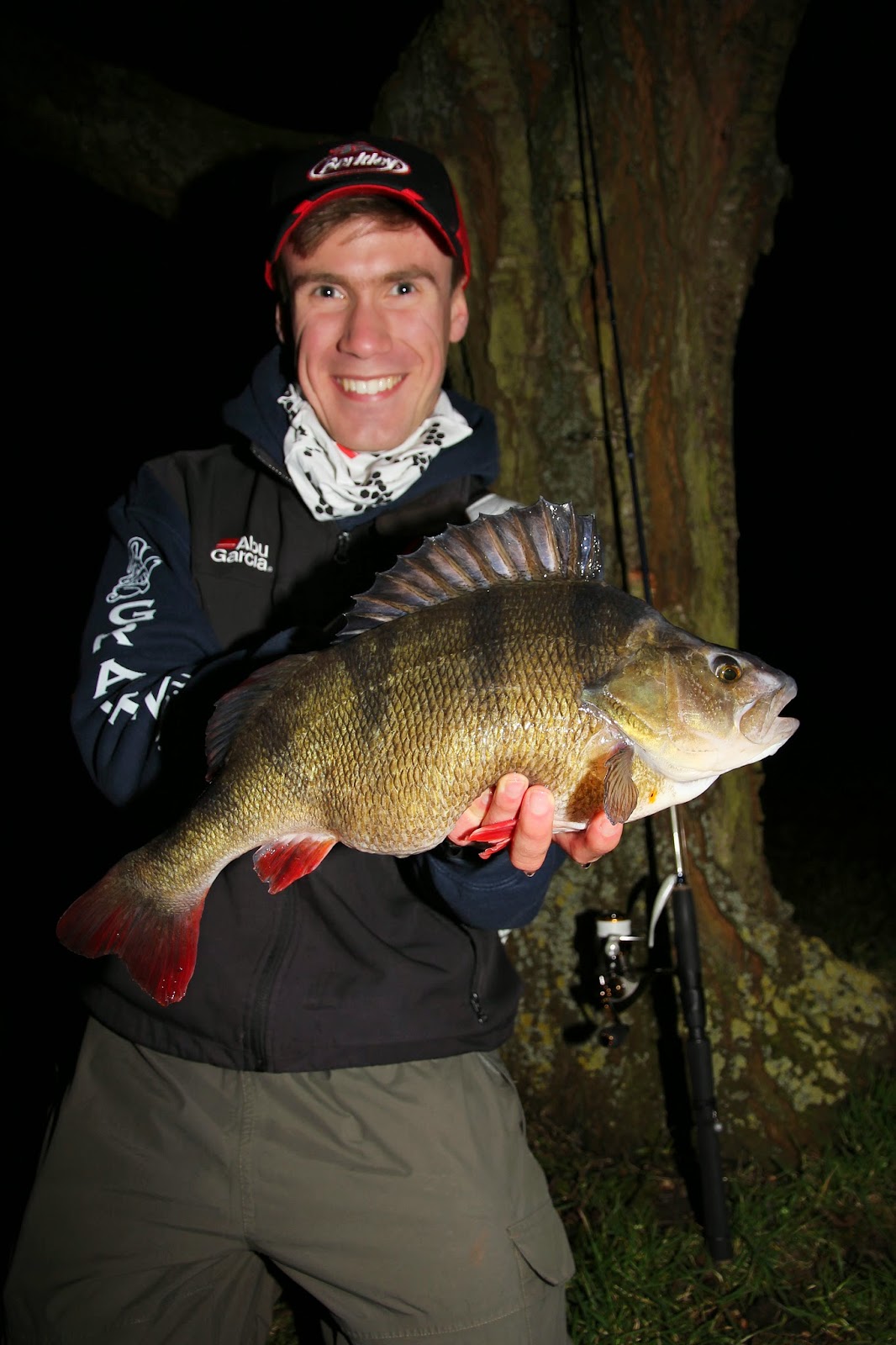 Three days later I jetted off to Scotland to show some of the Berkley, Abu Garcia and Sébile lures in the lure tank at Glasgow Angling Centre's Spring Open Weekend. It was a great show as always and I also really enjoyed meeting and catching up with friends and talking fishing for hours on end! I'm also looking forward to demonstrating lures this coming weekend at The Big One show in Farnborough, in the Get Hooked on Fishing area.

When I returned from Glasgow there were six days of the season left, and despite feeling quite worn out, Dad and I tried to make the most of it. We had a couple of afternoon trips at the beginning of the week and apart from a couple of Perch weighing 3lb 5oz and 2lb 13oz, we both really struggled. 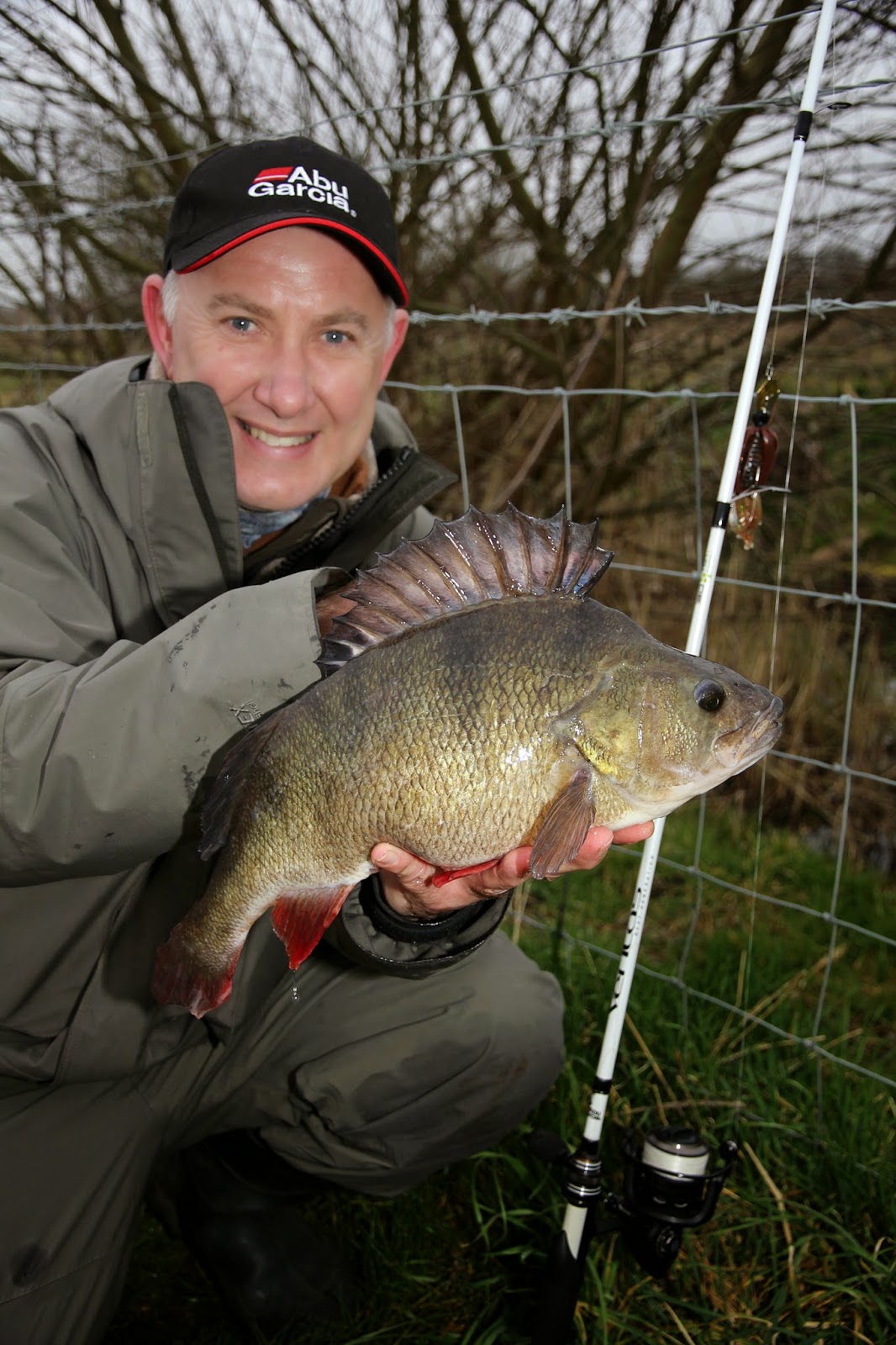 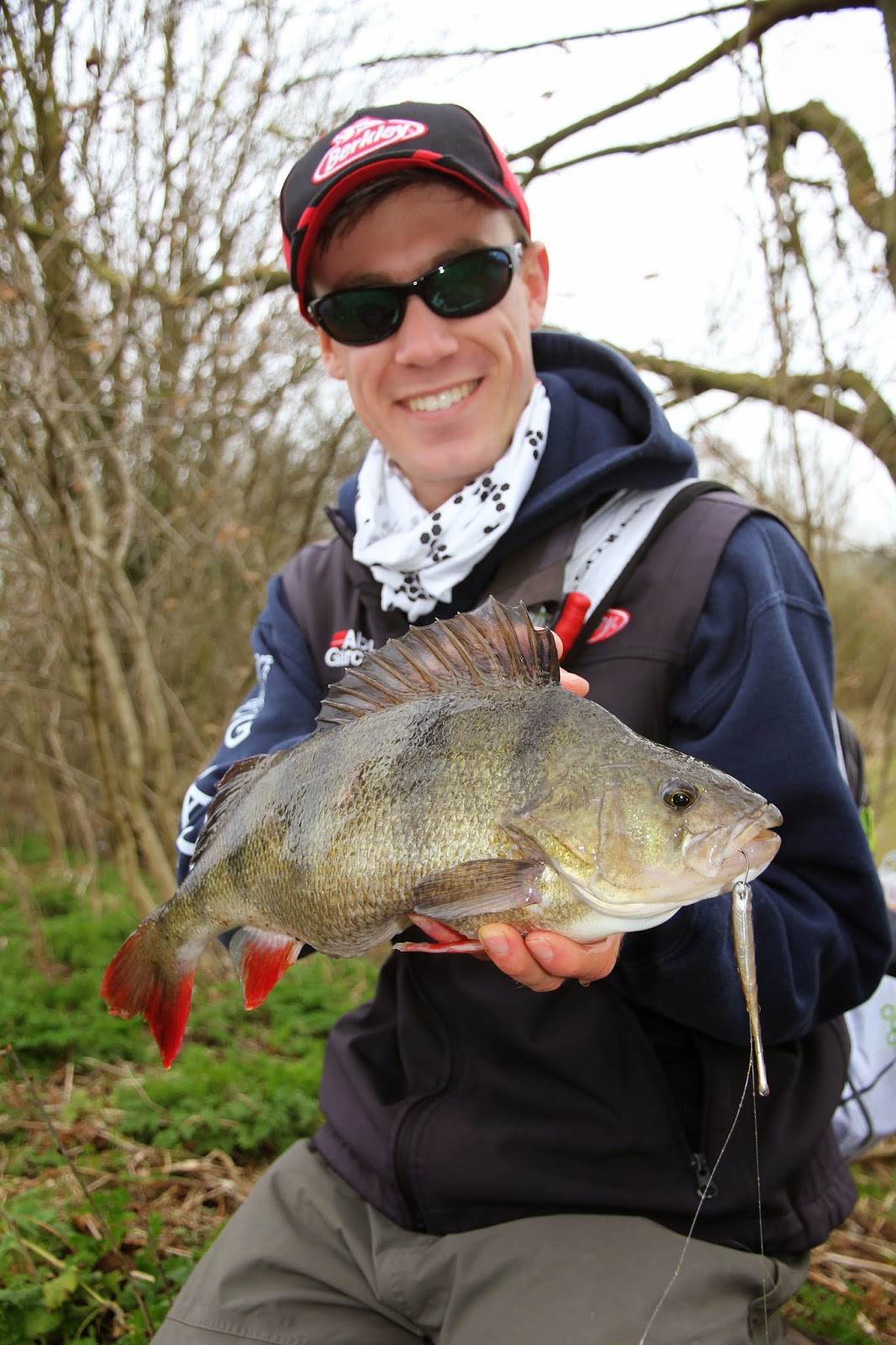 However, on the penultimate day of the season we had a great afternoon on one of my local rivers, landing 23 fish - a mixture of Pike and Perch, plus a bonus Chub - our most productive trip so far this year. 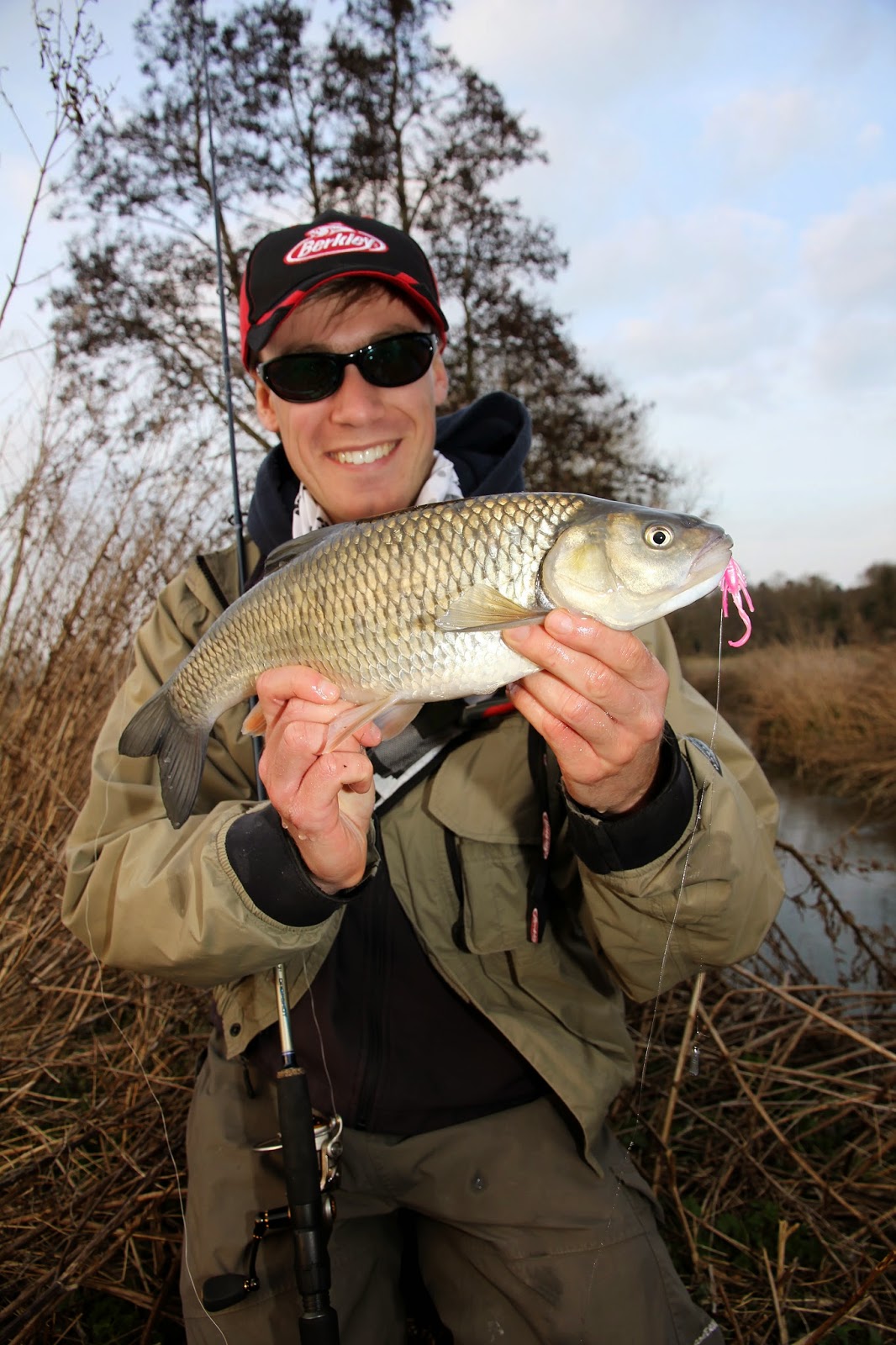 Dad did really well using the 3" Berkley Havoc Pit Boss rigged on a shaky head, catching some of the best looking Perch I've seen this year to 2lb 14oz. 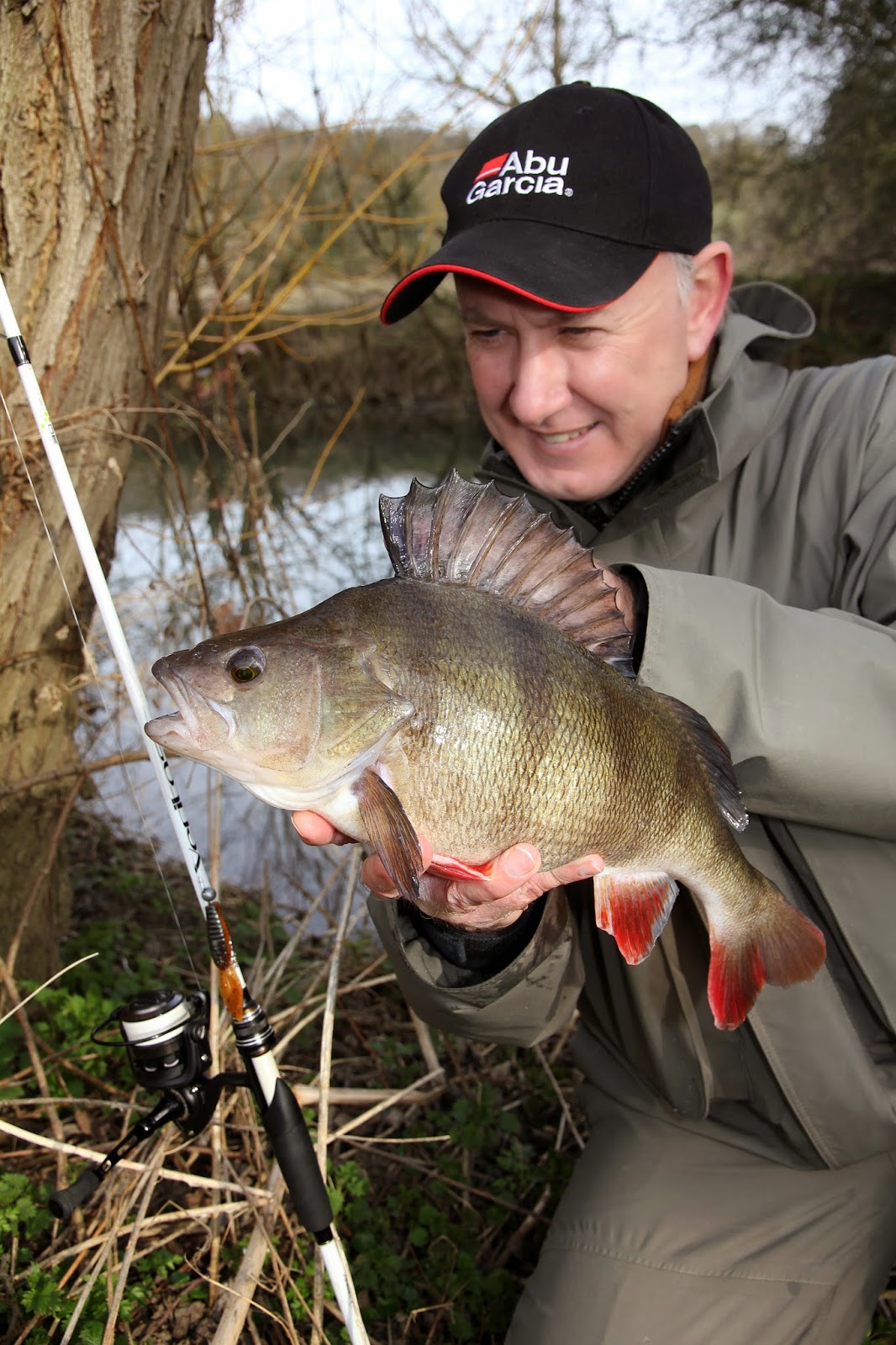 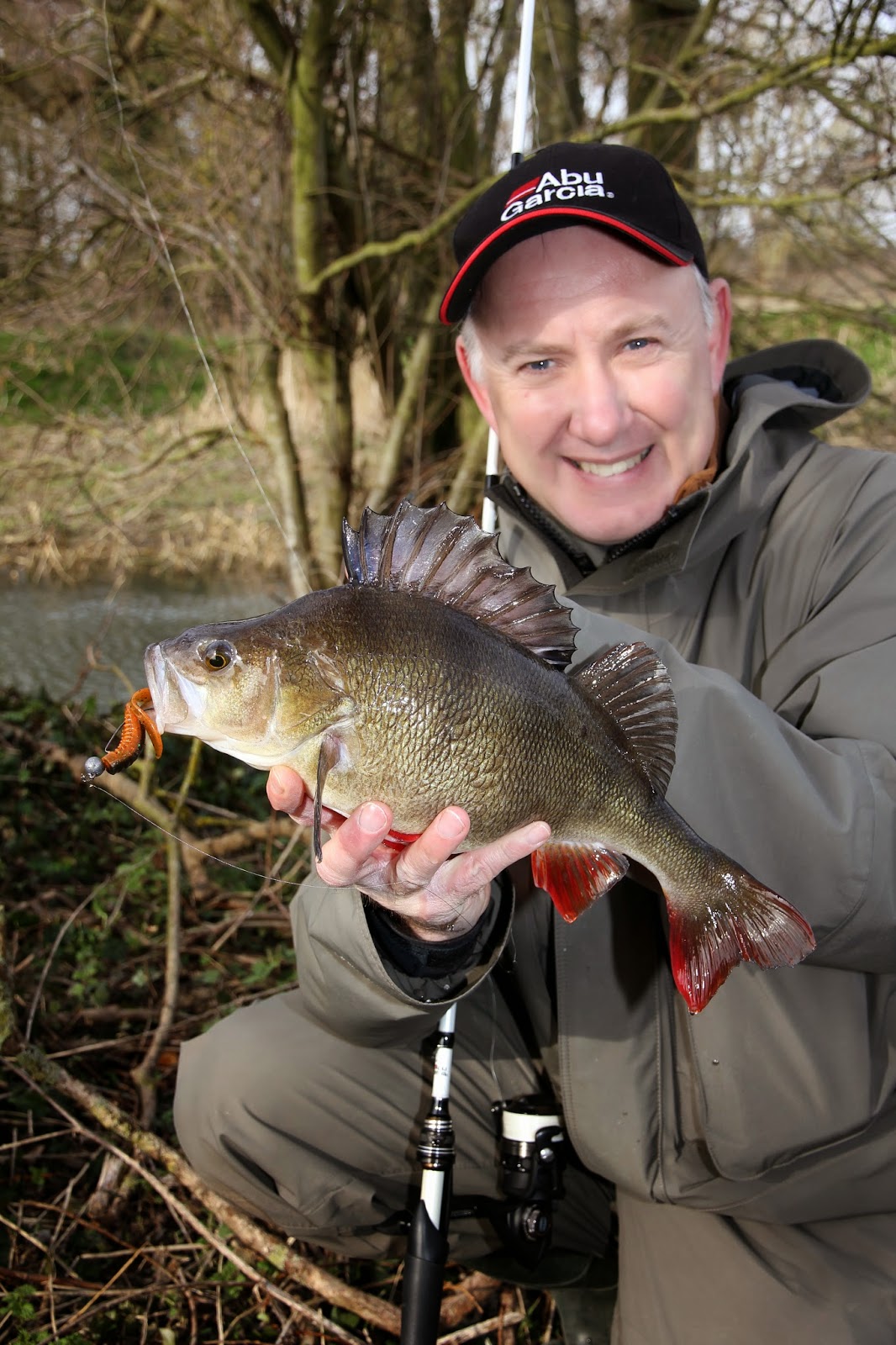 Despite feeling very tired, we were up at 5am the following morning for one final assault on our local rivers. Unfortunately, getting up before the crack of dawn didn't make much of a difference, as it took until 9.30am to catch our first fish, a small jack, which was then quickly followed by a Perch weighing 3lb on the nose - once again a victim of the drop-shotted Berkley Twitchtail Minnow! 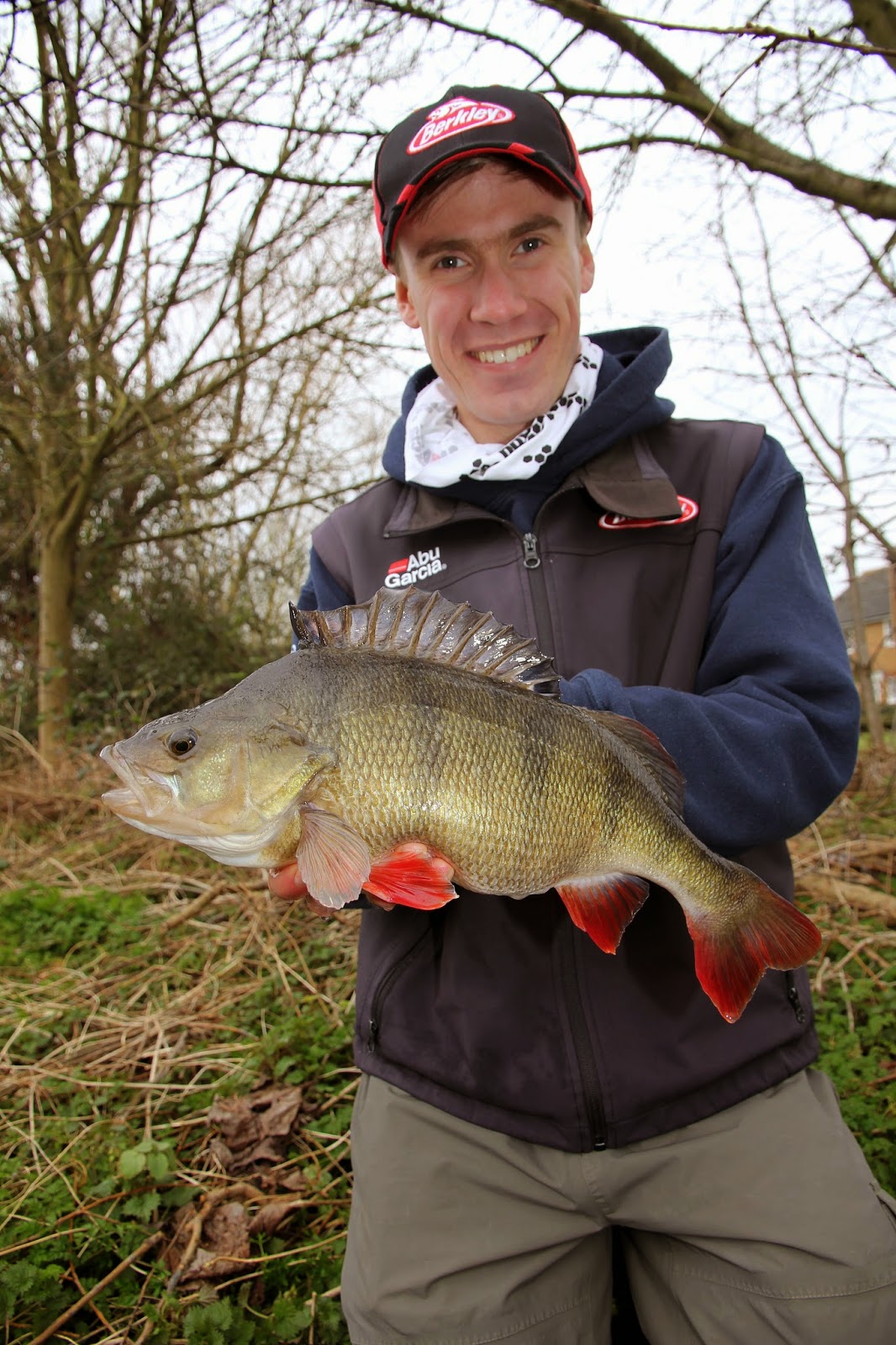 After catching another small jack, we decided to change location and fish the tiny river we'd caught 23 fish from the day before. In some areas, it's narrow enough to almost jump across, so I was quite shocked when I hooked in to a big Pike! I was using a scaled down drop-shot rig with 6lb fluorocarbon and a tiny 1" Berkley Micro Sparkle Nymph intended for Chub and Perch, so I had to play the fish very carefully. It was an incredible fight and took me in to some tree roots downstream, and the only way I could land it was to climb with my rod around several trees and a fence to play the fish from a different angle. Thankfully, I had the drag set just right on my reel and managed to safely land it, and it weighed 15lb 14oz! 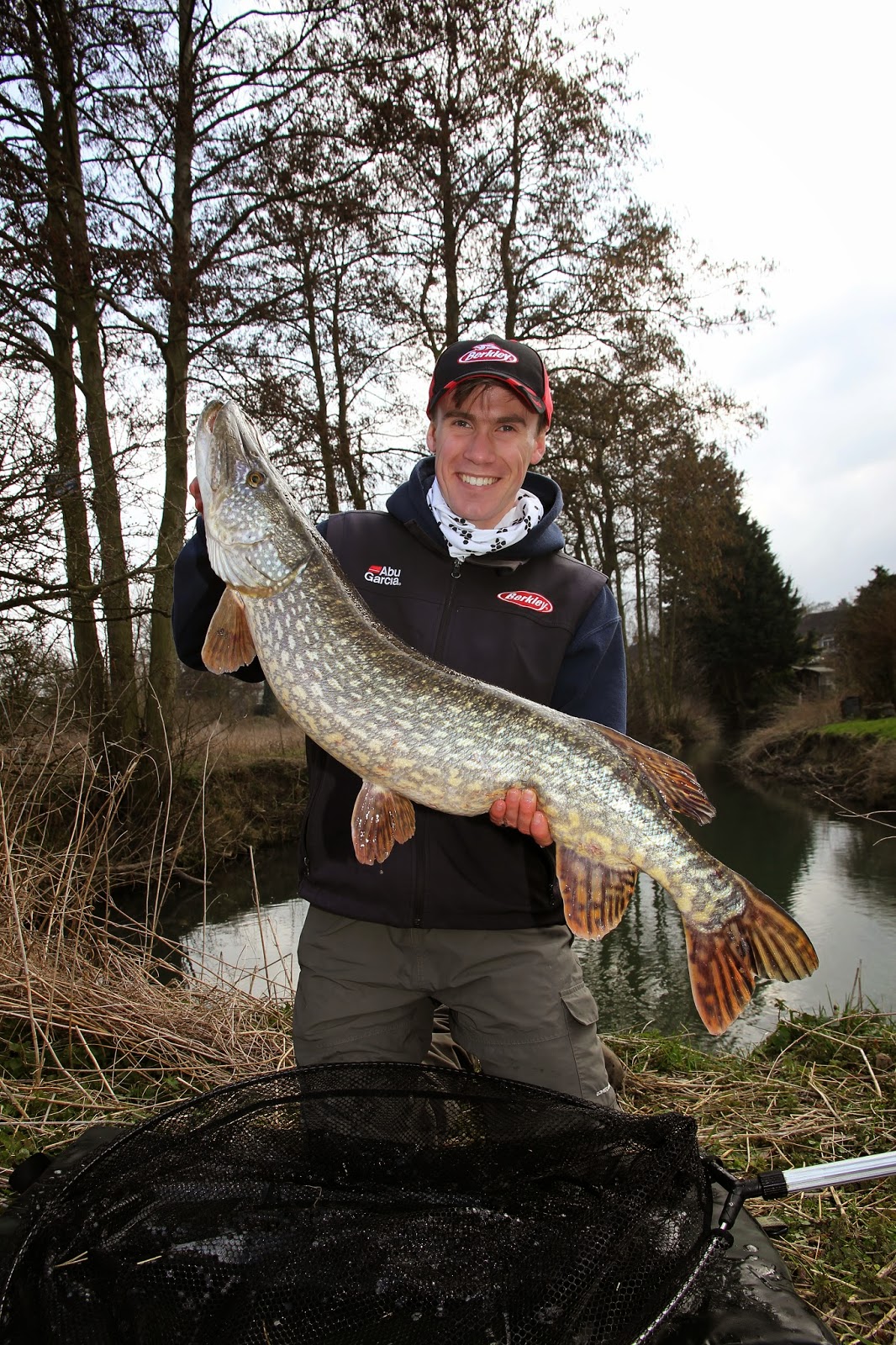 A couple of jacks later, we then moved back on to the Lea for the last couple of hours, as Dad had said to me he wanted to catch one more 3lb Perch before the season ended. About an hour later he was rewarded with exactly what he asked for - a Perch weighing 3lb exactly! 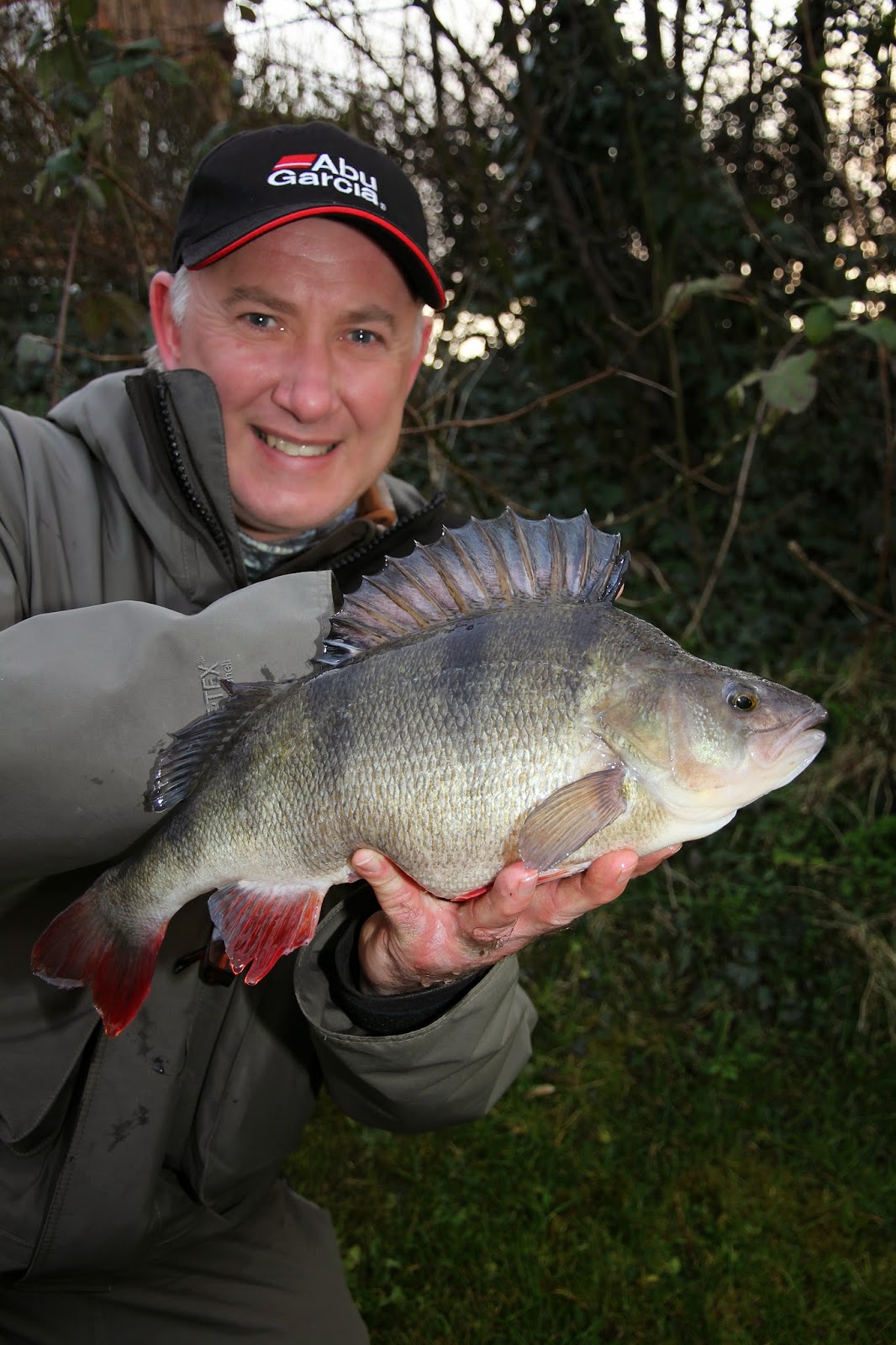 After Dad landed another stripey of 2lb 7oz, plus a Pike, we fished on in to the dark and we were just about to head for home when, at 7.30pm, I had a good take which turned out to be another cracking Perch! My first fish of the 2014-15 season, which I caught on June 16th from the River Thames, was a Perch weighing 3lb 4oz, so I couldn't believe it when the scales read exactly the same weight! What a great way to end the season! 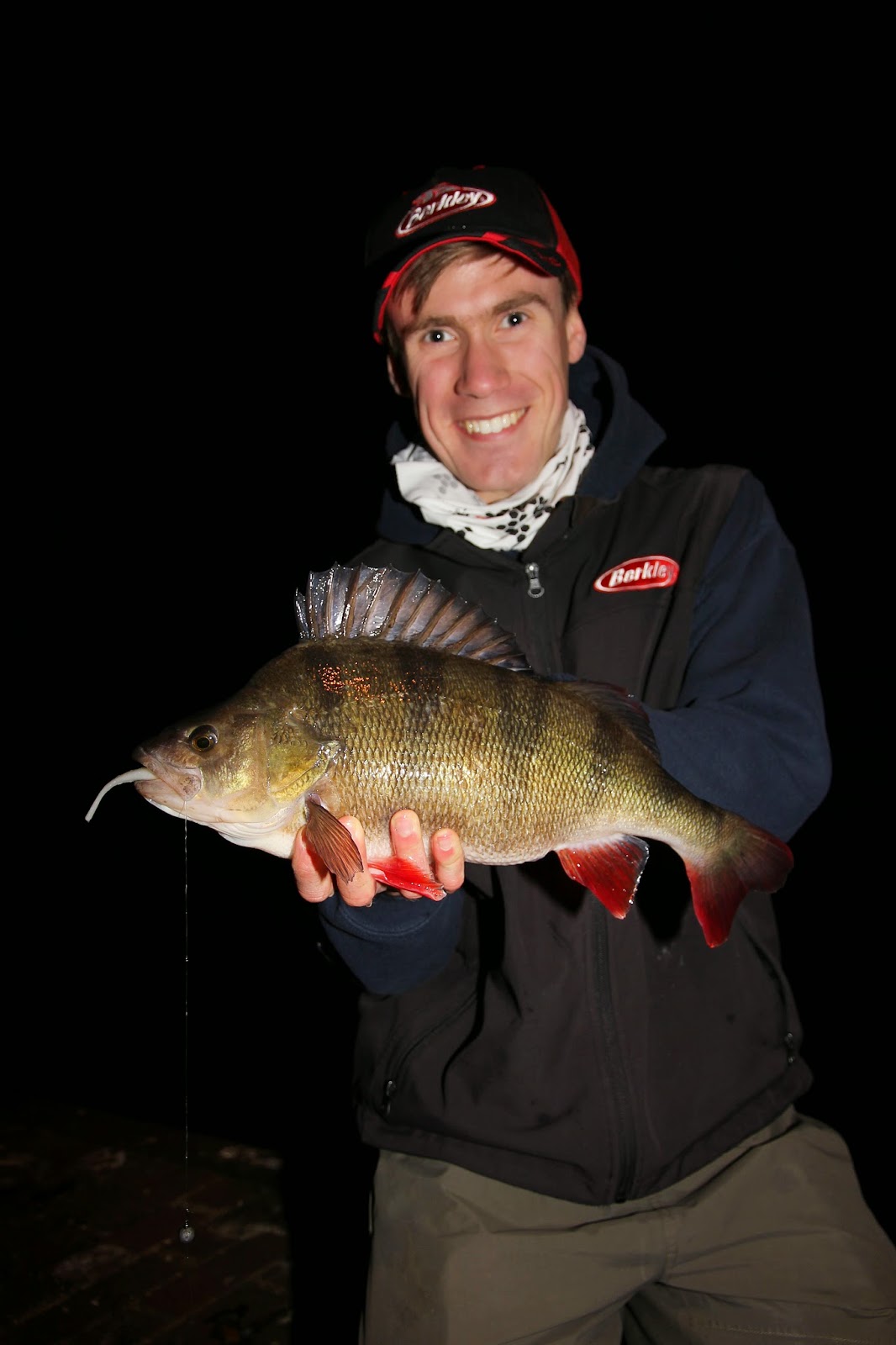 A few weeks ago, Dad and I were invited along to the Uxbridge Rovers Lure Day at their Rickmansworth Aquadrome complex, consisting of the Grand Union Canal, the River Colne and Batchworth Lake. The canal and river were very coloured due to recent rainfall, but Dad managed to catch a couple of Pike, one from the river and one from the canal on a yellow twintail rigged on a shaky head, and Eddie Edwards caught some crackers from the lake. Unfortunately, the rain arrived earlier than forecast and we all got very wet, but Eddie kindly invited us back to his house for dinner, before we all headed to Get Hooked on Fishing Ealing to see Nigel Botherway's fantastic talk. All proceeds on the night went to GHoF and it was a very interesting and entertaining evening - thanks Nigel. A big thanks to the Uxbridge Rovers for a great day too!