A mixed bag of species on the fly 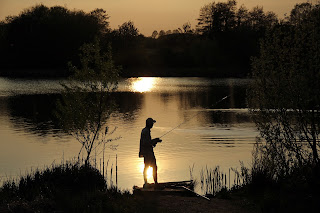 Over the past month, I haven't really managed to fish as much as I would have liked! Things have been pretty busy lately, with my course at Shuttleworth College coming to an end in just a few weeks. I've also been in Redditch with Pure Fishing on my work experience where I had a great time and learned a lot!

When I could go fishing, I mainly targeted trout on reservoirs such as Rutland, Grafham and Walthamstow. As the water temperatures have been slowly warming up, there have been some huge buzzer hatches and the sport has been fantastic! 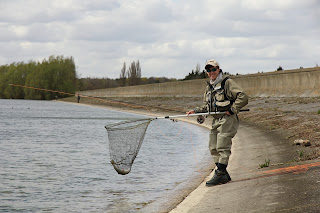 I did manage to fit in one trip lure fishing last month, albeit targeting species you wouldn't normally associate with having a predatory instinct. Sarah Collins, the CEO of Get Hooked on Fishing, recently contacted me to see whether I'd be interested in meeting her and Clive Copeland of the Angling Trust, to talk about promoting lure fishing for youngsters at GHoF's new complex in Ealing. It's going to be officially opened on the 22nd June and being filmed on Sky Sports Tightlines, which I'm really looking forward to. Despite there being no Pike or Perch in the 6 small lakes on site, I took my gear along to try and target the coarse fish with very small soft baits and scaled down set-ups. I've caught Rudd, Roach and Bream on lures before, so I thought I'd give it a try, as I think it could be a great way of introducing youngsters to lure fishing.

I drop-shotted a 1cm Berkley Power Maggot on a size 14 hook, whilst my Dad fished a Berkley Angleworm on a very small jighead with a size 12 hook, and within a few casts I'd caught one of the recently stocked small Carp! It was a great bite, and fought well on my light lure rod! We fished for another hour and lost another of around the same size, but also landed a few small Roach and Rudd! 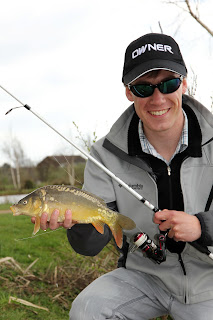 My next trip was trout fishing at Elinor, practising for the World Bank Masters Final, after qualifying at Blackdyke in Norfolk at the end of March. Although the fishing wasn't easy, my Dad and I both caught on a variety of methods over the course of the day, but the two best tactics we found were fishing blobs or buzzers under the bung, or a team of small lures and nymphs twiddled back on a slow glass line. As predicted, the fishing on match day wasn't easy, as a strong wind blasted down the lake and the fish wised up very quickly as flies of all shapes, sizes and colours were presented in front of them. I finished with 4 fish, but Pascal Rommelaire from Belgium won the match. Congratulations to him, last years 3rd place, Andrew Scott who came 2nd, and former England Youth teammate Fen Oakley who came third, and who also caught the tagged double figure rainbow. Top angling! 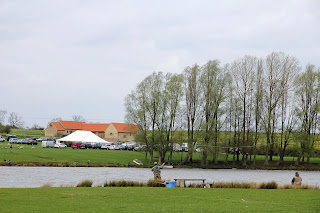 We then had a couple of afternoon trout fishing trips to Walthamstow and Grafham fishing from the bank. Again, it was extremely windy but we still managed to catch some nice rainbows on both venues. 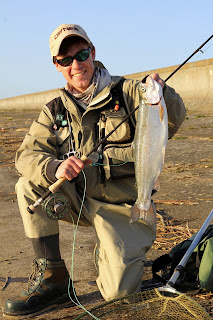 Over the Bank Holiday we had a brief spell of warm sunny weather. I'd been keeping an eye on my local lakes to see when the Carp would finally start basking on the surface and taking off the top - as that's when it's time to get the fly gear out! Although the warm temperatures didn't last long, there were a few fish sunning themselves so we decided to have a session targeting them on the surface.

We started on a crystal-clear gravel pit and had a great start with two fish of 15lb 14oz and 12lb 11oz coming within the first hour. 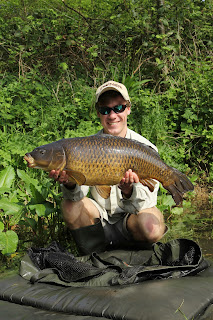 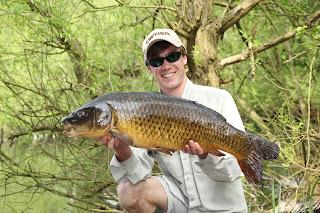 It soon clouded over though, and a chilly breeze came from nowhere, which put the fish off feeding on the surface. I managed to sneak out one more of 16lb 7oz, but it looked all over for surface fishing, so on the way home we popped in on another lake. The north-easterly breeze had pushed the Carp along one bank and within 10 minutes of arriving my Dad had a cracking Common of 15lb 5oz that gave him a great fight on his 8wt. 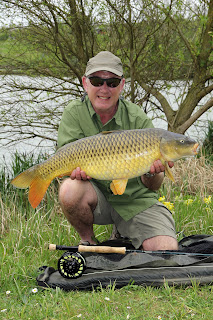 As the wind strengthened even more, it became harder to spot fish, and after a couple of missed chances, we only landed one more of around 6lb before we decided to head on home.

On 17th May, I fished in the Bob Church Classic on Rutland. I hadn't had time to practice for the match, so I wasn't sure how I would get on! The rules of the match are that you kill your first 4 fish and then catch and release 12 plus time bonus. I was partnered with Dean Rudd from the Soldier Palmers team, but Dean hadn't managed to practice either, so we were both in the dark to what areas had been fishing well. 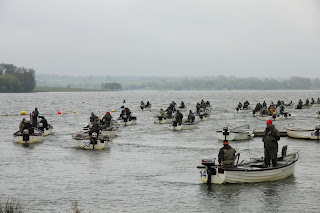 Luckily, between us, we made a good decision and fished along the 3 trees and Normanton and quickly started catching. 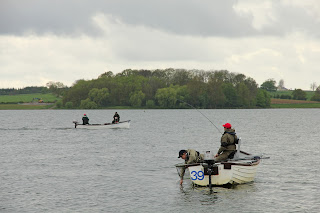 I fished a midge tip with 2 buzzers and a cormorant on the point for most of the day. I finished with 14 rainbows and a bag weight of 9lb 9oz but it wasn't enough to get me in the running, although it had been a great match which I really enjoyed, especially fishing with Dean who was great company. Congratulations to runaway winner, Leigh Pond!

The day before the Bob Church Classic marked the opening of fly fishing for predators on Anglian reservoirs so, as we were unable to fish the first two days, my Dad and I had an afternoon session on Grafham that weekend. We couldn't have asked for a better start - on my very first cast I had a powerful slam that resulted in a Zander of around 8lb. 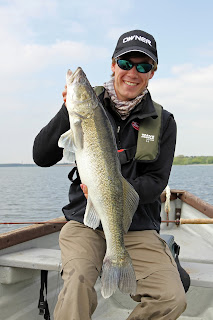 My second cast produced another of around the same size, then on my fourth cast I had an immaculate Perch of 3lb 6oz. 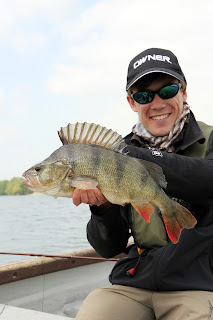 During that short space of time my Dad also had his first Zed of the season - a cracking fish of 10lb 1oz! The action continued in to the evening landing a few more good Zeds and I also landed another Perch of 3lb 7oz.

In the next few days I'm hoping to get another trip flyfishing for predators on the reservoirs, and June 16th is looming, so there's plenty to look forward to! 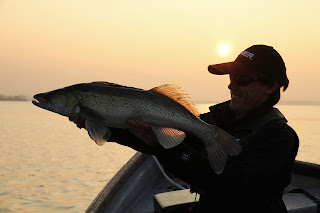