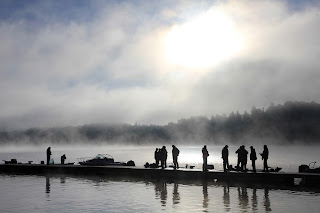 I can't believe the Lure Fishing World Championships in Estonia was a month ago! Unfortunately, we didn't do too well, but I've written a short summary to give you an idea about how Team England's trip went and what the fishing was like. 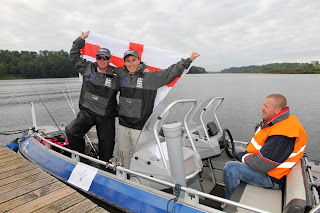 Lake Viljandi in Estonia was a very different kind of water to Lac Bourget in France, the venue where last year's World Championships was held. Bourget is 11 miles long and 2 miles wide, while Viljandi is only 2.75 miles long and a quarter of a mile wide at it's widest point, and with 50 odd boats all lure fishing for Pike and Perch, it didn't take long for angling pressure to affect the fishing. 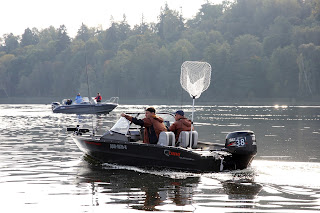 To give you an example, during practice, we managed to find Pike in and around the reeds that fringe most of the lake, and on the two practice days the team managed to catch at least 5 measurable Pike up to 48cm on Texas rigged soft plastics, as well as measurable Perch in the deeper water on smaller lures. 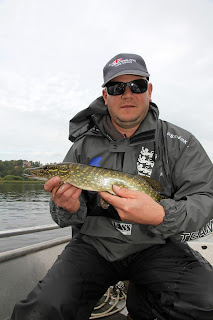 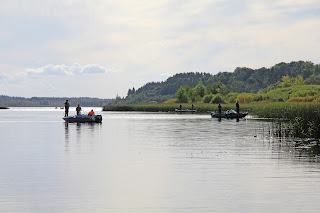 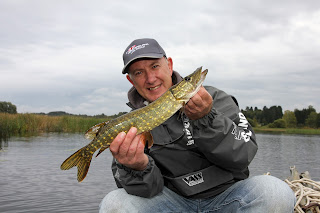 We felt confident for the first match day, but unfortunately, the 6 Pike that the team caught on match day one were all undersized and our only Pike on match day two measured 44cm - just 1cm under!

Most of the Perch seemed to be sitting in the deep holes in the middle of the lake, and on match day two, Eric Edwards and I caught Perch of 22.7cm, 22.5cm and various 22cm fish - you just needed a stroke of luck that whatever fish you hooked was just a few millimetres longer! We caught around 23 Perch over the two match days, but out of all of those fish, just six were measurable - the biggest measuring 28cm. 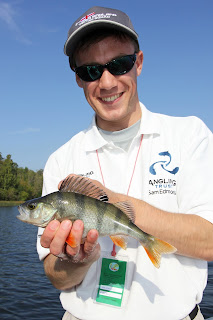 The local countries had it sussed though and it was Lithuania who took team Gold, and Russia had the individual honours, so a massive congratulations to them. Our final placing was, unfortunately, far from what we'd hoped - 13th out of 16 teams. Estonia was quite different to any place I've ever been to in the world - the surroundings were very scenic, especially around the lake and the town of Viljandi, and the people were very friendly, and a massive thank you to the hosts for putting on such a great event. Also, a big thank you to our sponsors - Sovereign Superbaits, Snapbaits, Currock Engineering, Lure Factors, Angling Direct, OMG Custom Plastics and Vass. 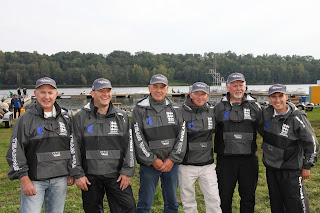 You can see more photos of the World Championships on my Flickr page, by clicking here.

A few days after returning from Estonia, our local Rib Valley opened for lure fishing, and although we'd hardly sorted any gear after returning home, we decided to get up at the crack of dawn and fish. It was a bright, sunny day - not the best conditions for targeting Pike and Perch in a gin-clear gravel pit, so, as it's on our doorstep, we headed home for a few hours during the middle of the day to catch up with some work. We returned for the last couple of hours of light, and using dull curtails, shads and chatterbaits, we managed to bank 8 Pike and 21 Perch between us. 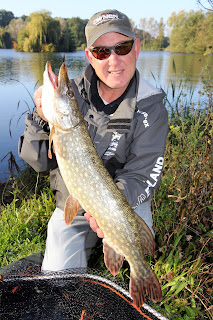 The rest of our fishing this month has been spent wandering along our local rivers fishing short afternoon/evening sessions. After our trip to Rib Valley we had a couple of days of heavy rain, which topped up the rivers and also gave them a bit of colour - perfect conditions for big Perch. On our first evening fishing, I lost a very big Chub (which I think would have beaten my P.B.), but 20 minutes later I felt much better, after landing a stripey weighing 3lb on the nose. It took a white Berkley Havoc Rocket Craw, which has worked really well since we've been back. 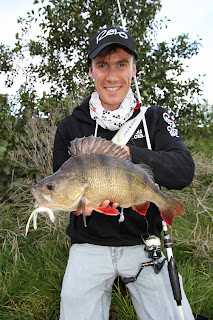 This photo shows another one of my favourite Rocket Craw colours - Bama Bug. 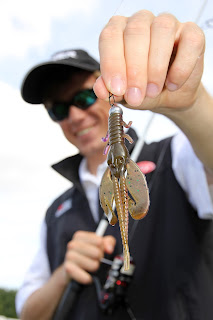 The colour dropped out very quickly and by the time we had our next trip two days later, the river was gin clear. We'd had a fairly quiet afternoon with a few small Perch and an even smaller Pike around 4" long, and a follow from a better stripey which I'm guessing was around 3lb, but as the light faded, I changed to the white Rocket Craw that I lost the Chub and caught the 3lb Perch on the previous trip. It was overcast and became dark very quickly, and not long before calling it a day, Dad came up to me and told me that, despite the very low light levels, he thought my white Rocket Craw was too bright in the gin clear water, and as he told me this I had an almighty whack and hooked and landed a Perch of 3lb 15oz! When he netted it, I turned round to him and said "sorry, what did you just say?!" I was chuffed to bits with the fish but, frustratingly, it's my third different Perch weighing an ounce under 4lb this year! 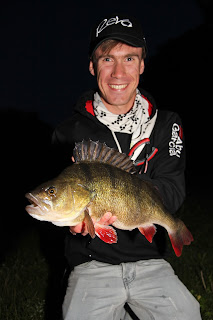 The Rocket Craw, this time in another of my favourite colours, Breen Clear Chartreuse, worked well the following evening too, finding a shoal of Perch that produced fish to 2lb 5oz, then after a few casts without any bites, it was time to try the drop-shot. Two casts later I had a 3lb 4oz in the net, caught on a Berkley Twitchtail Minnow! 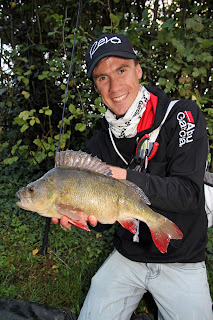 We've had a few more evening trips since and although the fishing has got progressively harder (my local rivers are almost as clear as I've ever seen them) creature baits have been working well, producing plenty of 2's to just under the 3lb mark. 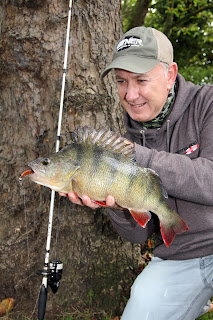 I must admit though, I'm now looking forward to venturing a bit further afield and getting back on the Thames and the reservoirs, and hoping for some big Pike and Zander!

Lastly, a couple of months ago Vince Williams from the Oxfordshire region of the Pike Angler's Club of Great Britain invited me to give a talk, which I really enjoyed giving last week. I'd highly recommend anyone to go along to one of their meetings - it's a really friendly evening. For their next meeting on Thursday 26th November, the speaker is Phil Smith - a top all-round specimen hunter. 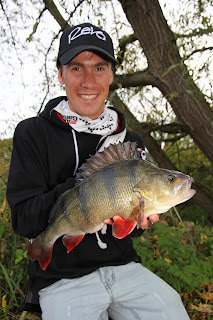