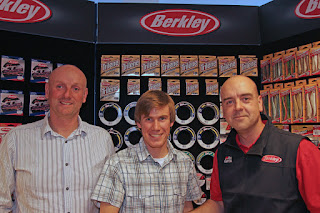 Never in a million years, when I first started fishing, would I have imagined that one day I'd become a consultant and be part of the predator squad for one of the world's largest chain of tackle companies - Pure Fishing. Not only that, to be working alongside Dr. Paul Garner and some of the country's leading anglers still feels a bit surreal - or a bit Sébile - sorry, I've got lures on the brain at the moment! It's a massive opportunity and I'm really looking forward to working with the team.

With the exciting new ranges of lures that are continually coming to the UK, lure fishing is enjoying a renaissance, so it's interesting times for the artificial angler and I feel very lucky that Pure Fishing have chosen me. Feeling and sometimes watching a fish take a lure or a fly is nothing less than electrifying and very, very addictive. 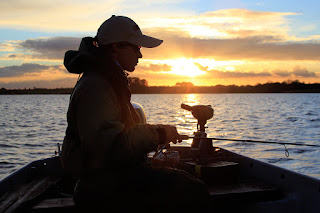 A few years ago, on returning from a trip to Florida, my Grandad brought back some soft plastics designed for Bass, Walleye and Crappie. At around the same time, my Dad was teaching me how to lure fish with spinners, plugs and spoons. To be honest, I wasn't too sure about using those weird looking plastic baits, but tried them anyway and, to my surprise, soon started catching fish on them.

It didn't take too long before I caught my first 4lb+ Perch, which was, coincidentally, 5 years ago yesterday - and that's when the lure fishing bug really set in. I was very lucky to land that fish as, during the same cast I'd hooked a snag but managed to retrieve my jig. I then let it fall to the bottom again straight after I'd got it out, and continued jigging. The fish had followed it out from the snag and took a Berkley twintail - somehow though I'd managed to land it on a hook that had completely straightened!! It seems unreal that the Perch fell to a Berkley bait and now I'm a consultant for them. 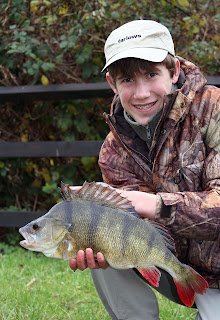 Anyway, that's roughly how I got in to the exciting world of lure fishing, and over time my fascination for all other kinds of artificials has grown too.

Since joining Pure Fishing's Predator Squad a fortnight ago, not surprisingly, I have been fishing a few times, mainly on my local rivers. With so much rain, and river levels fluctuating, sport has been patchy.

We rarely catch double figure Pike from the River Lea, so it was a nice surprise landing a fish of 13lb 3oz. It took a 2" Berkley Ripple Shad I'd been trying out, intended for Perch, that also fooled a couple of other smaller jacks. That afternoon my Dad also caught two reasonable Perch and a Pike. 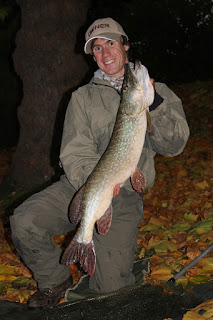 On another afternoon trip a couple of days later, when the river had settled down a bit, my Dad landed a cracking Perch weighing 3lb 7oz that took a Texas rigged shad. Texas Rigging is a method that both my Dad and I have had quite a lot of success with recently, especially when fishing in and around snags and branches. 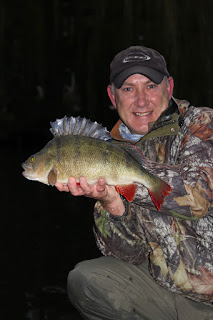 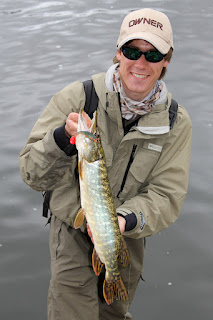 Our last outing was a venture to Rutland, our first time predator fishing there this season. Although it was sunny, there had been a hard frost and combined with the wind, made it bloomin' cold! But we still managed to catch quite a few Zeds each, plus a lovely Brownie that was probably over 5lbs! 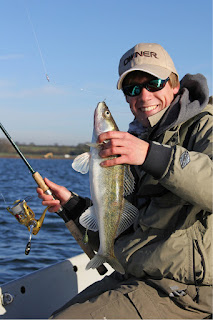 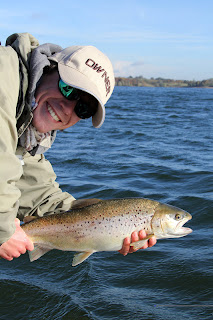 The drop-shot was outfishing jigs - split tails and Berkley Split Belly Shads were doing the business. We probably would have caught more fish if we hadn't had gone off exploring - the days are so short now it's hard cramming everywhere in on such a big water! Before we knew it the sun was setting -  but we didn't want to go in as it seemed like the zander were really starting to switch on. 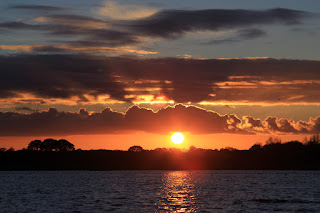 The following evening was a Rib Valley Flyfishers meeting with guest speaker, Keith Arthur. Keith is such a good speaker - he told us all how he got to where he is in the broadcasting business, fishing the Lea Valley and many other interesting stories. It was a fantastic night.

On Sunday I'm off with the Pitsford Pirates to fly fish Elinor - it will be my first time fishing with the team which I'm really looking forward to. Hopefully, we'll all catch a few fish!