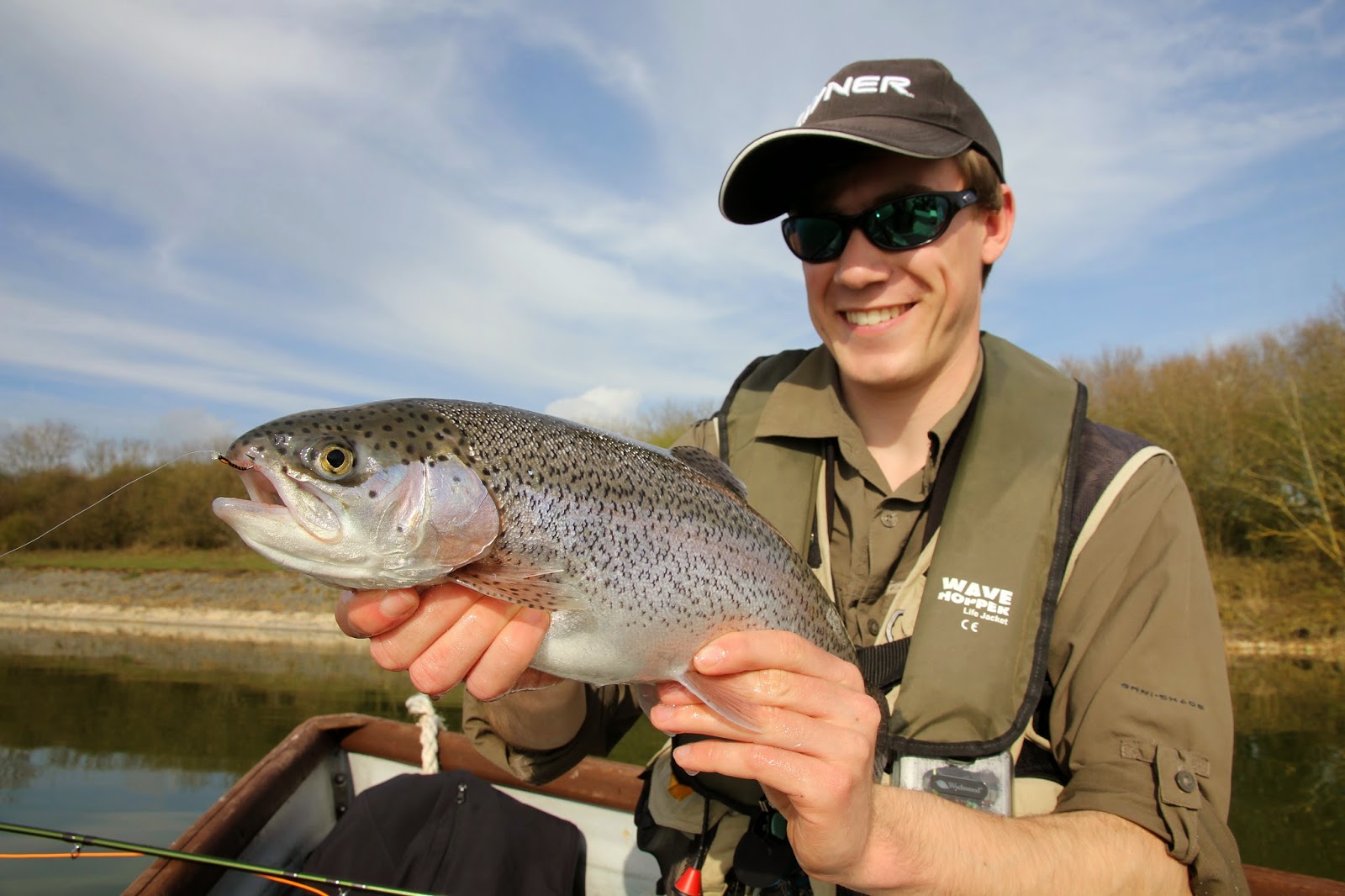 For the last week of the season, my local rivers looked absolutely spot-on for all kinds of fishing. The never ending rain we had all winter had finally stopped, the rivers had receded back to their normal levels and in some areas temperatures topped 20°C - which is unusual for March! 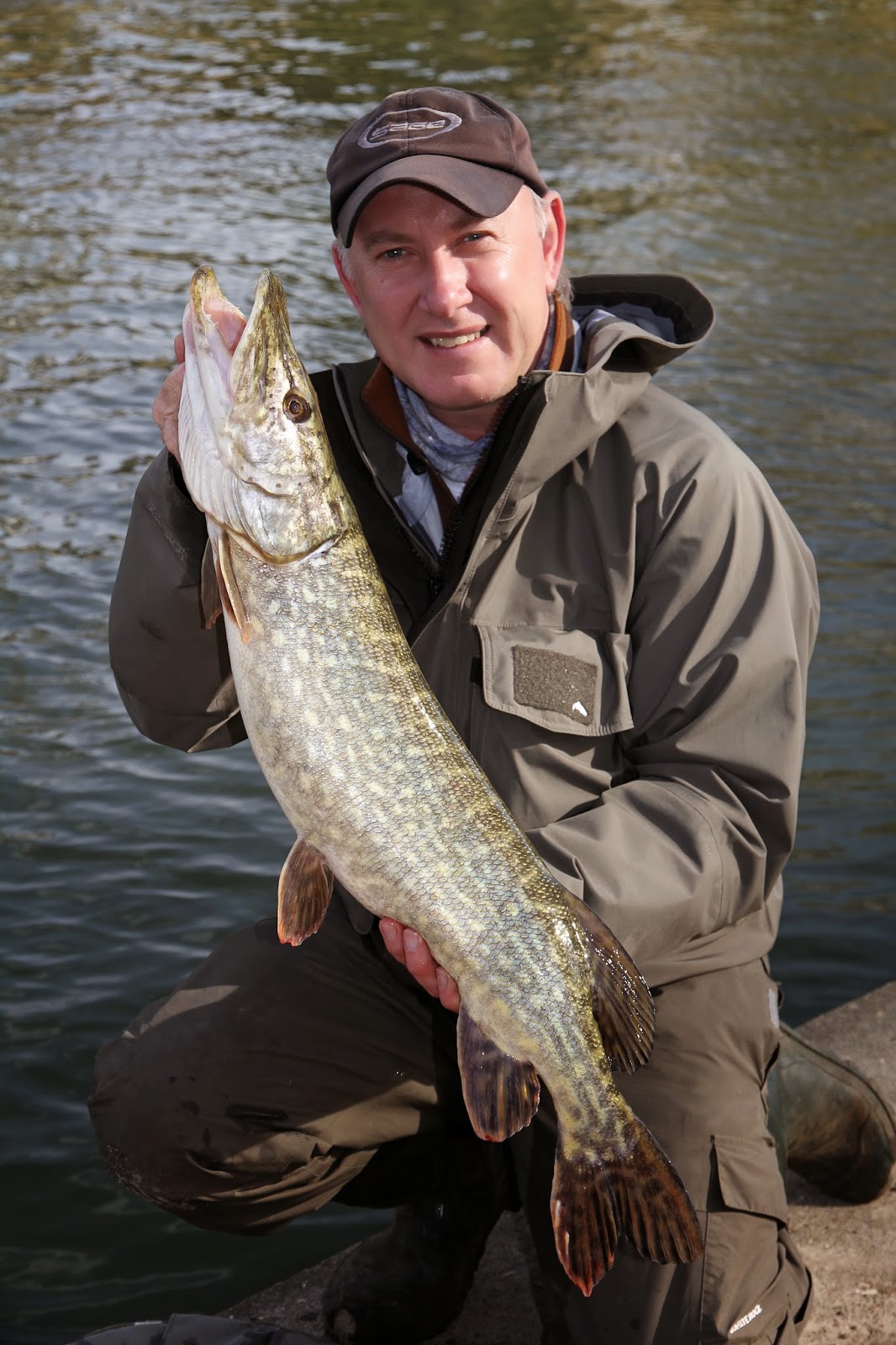 However, that warm weather, combined with the longer days and perfect river conditions caused both Pike and Perch to spawn. At the beginning of the last week of the season we concentrated on lure fishing for Perch, and although Dad caught an immaculate 3lb 13oz stripey on a small deep-diving crankbait, and I also landed one of 2lb 13oz on a drop-shotted Berkley Ribbontail Grub, the fishing was really tough. 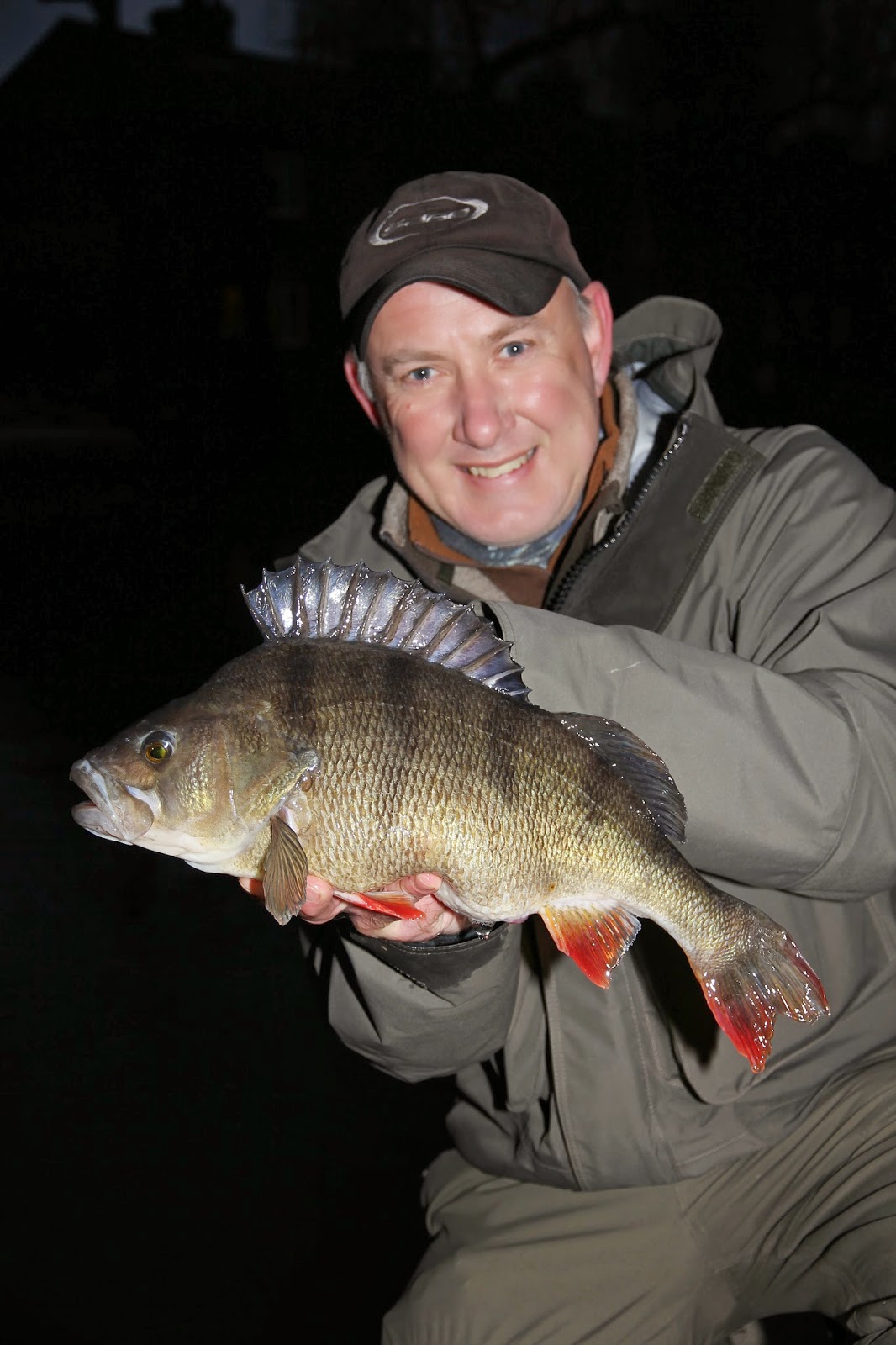 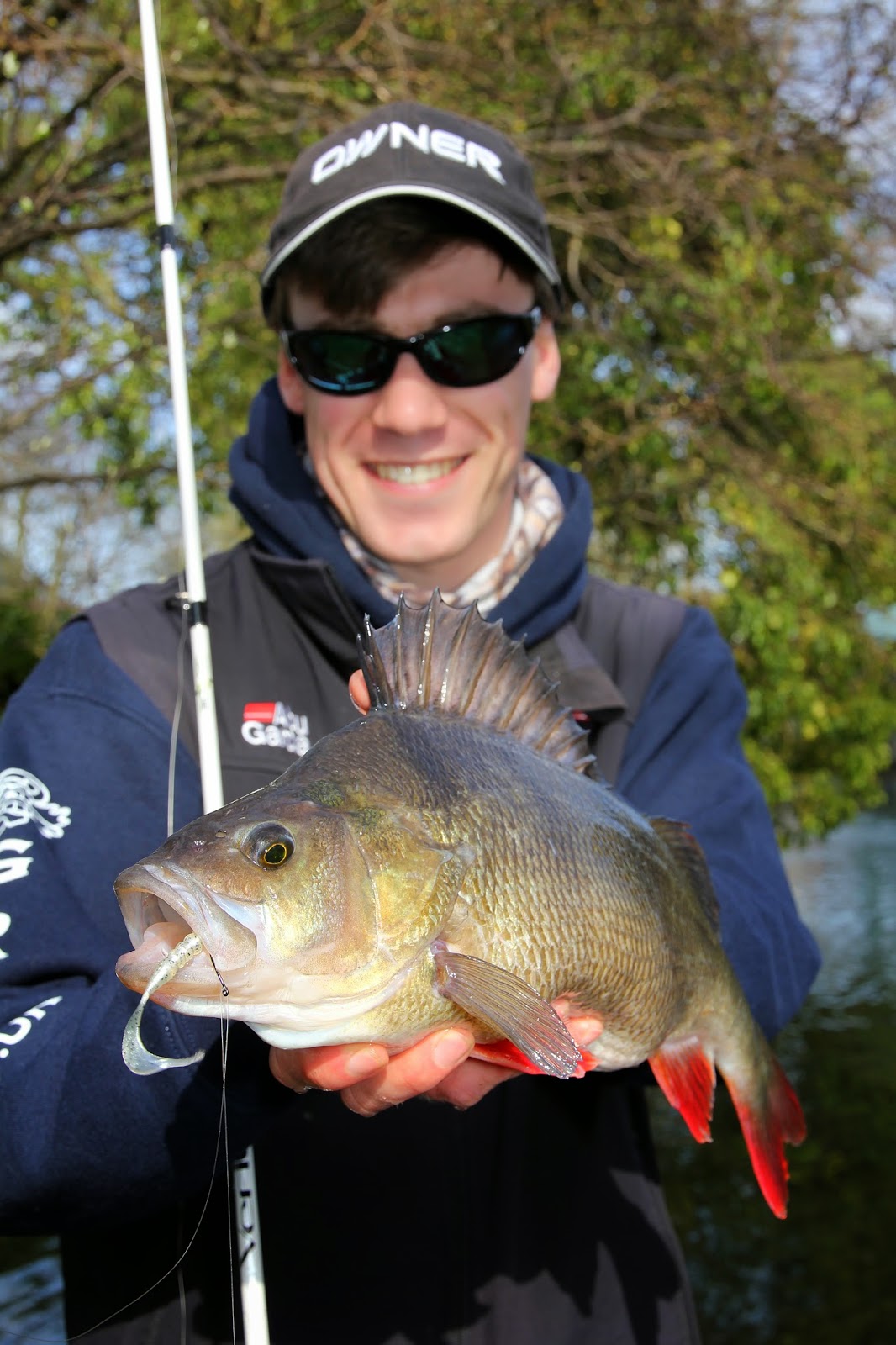 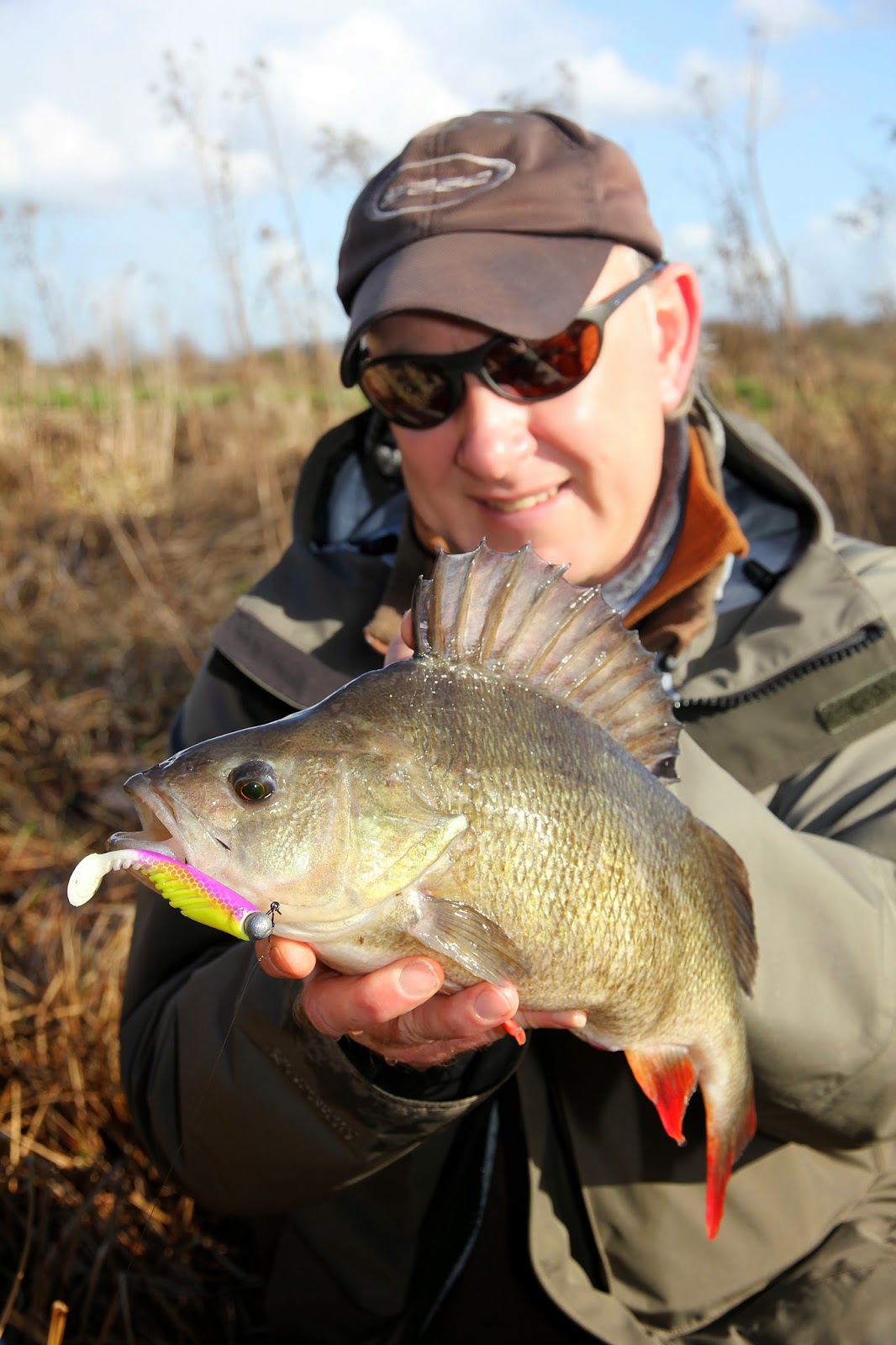 After seeing lots of small jack Pike in the margins we began to realise what was happening, so for the last three days we decided to have a change of plan and target Chub on lures. 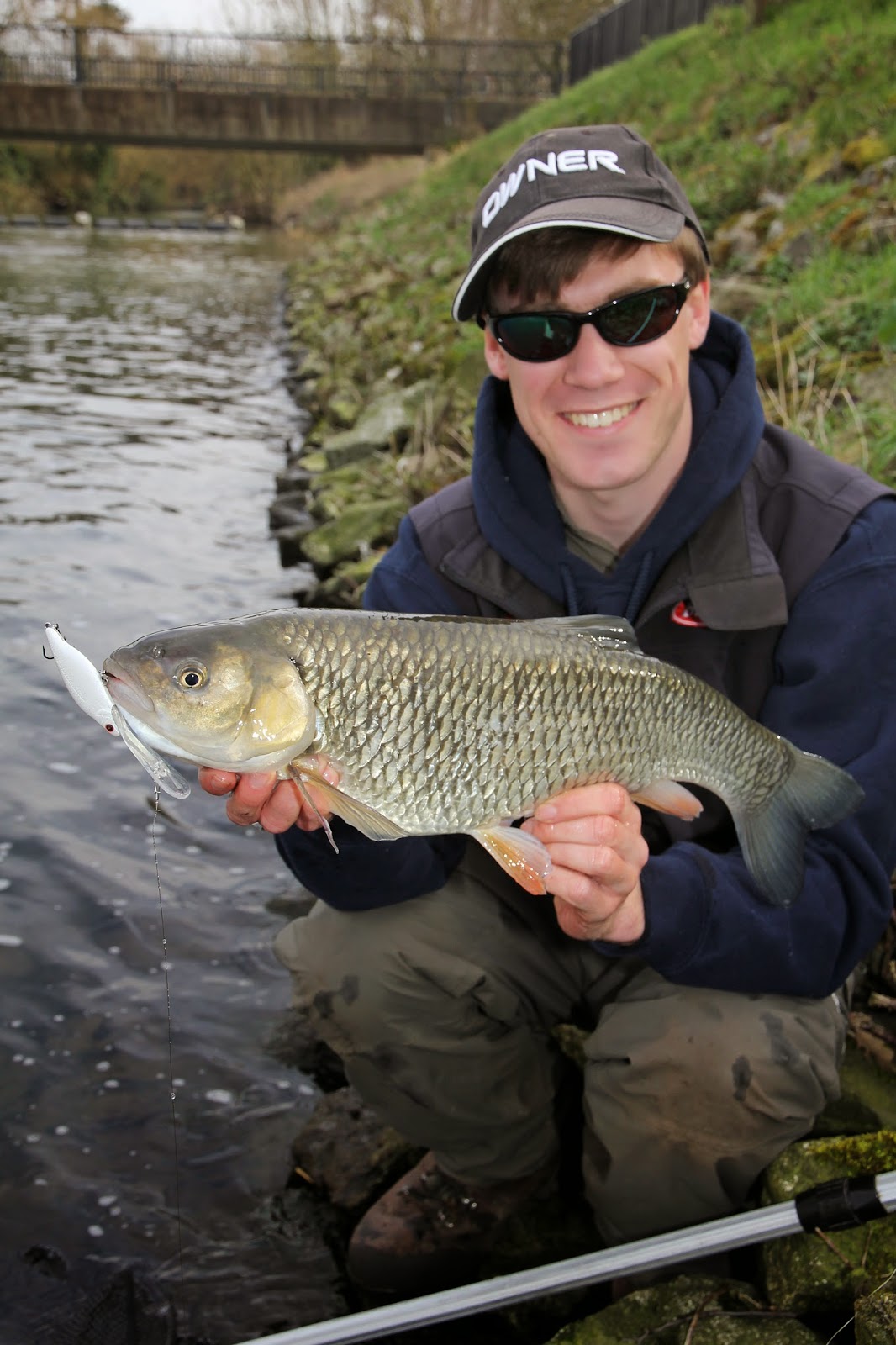 I love fishing for Chub with lures - the bites are so aggressive, no matter what the size of the fish is. Fishing small crankbaits and soft plastics rigged on Owner Ultrahead Finesse Type Hooks, we banked a few lovely fish - the biggest, which my Dad caught, weighed 4lb 14oz and took a 65mm Sébile A.T Minnow, which looks very much like a Slug as it's falling through the water. 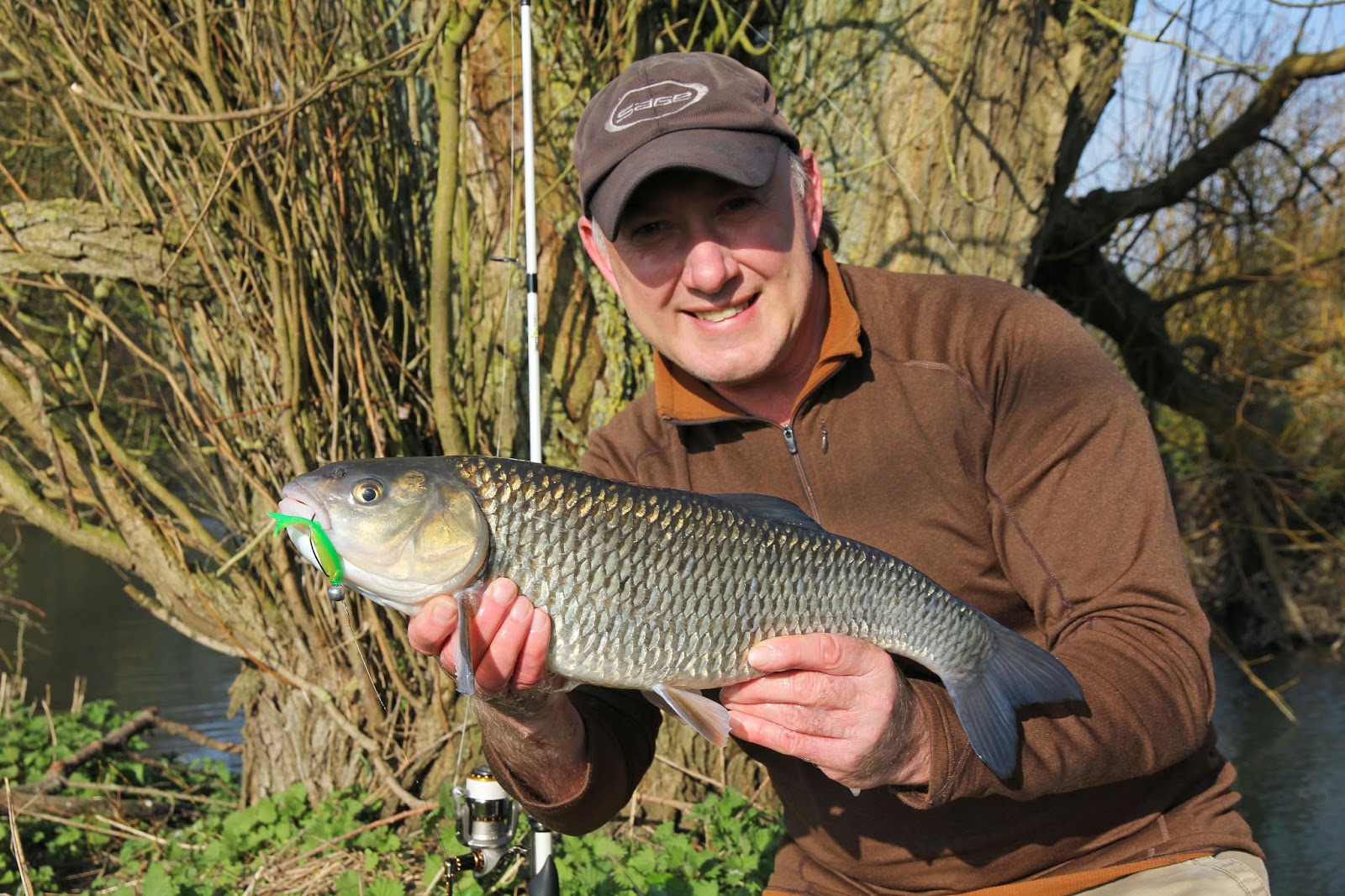 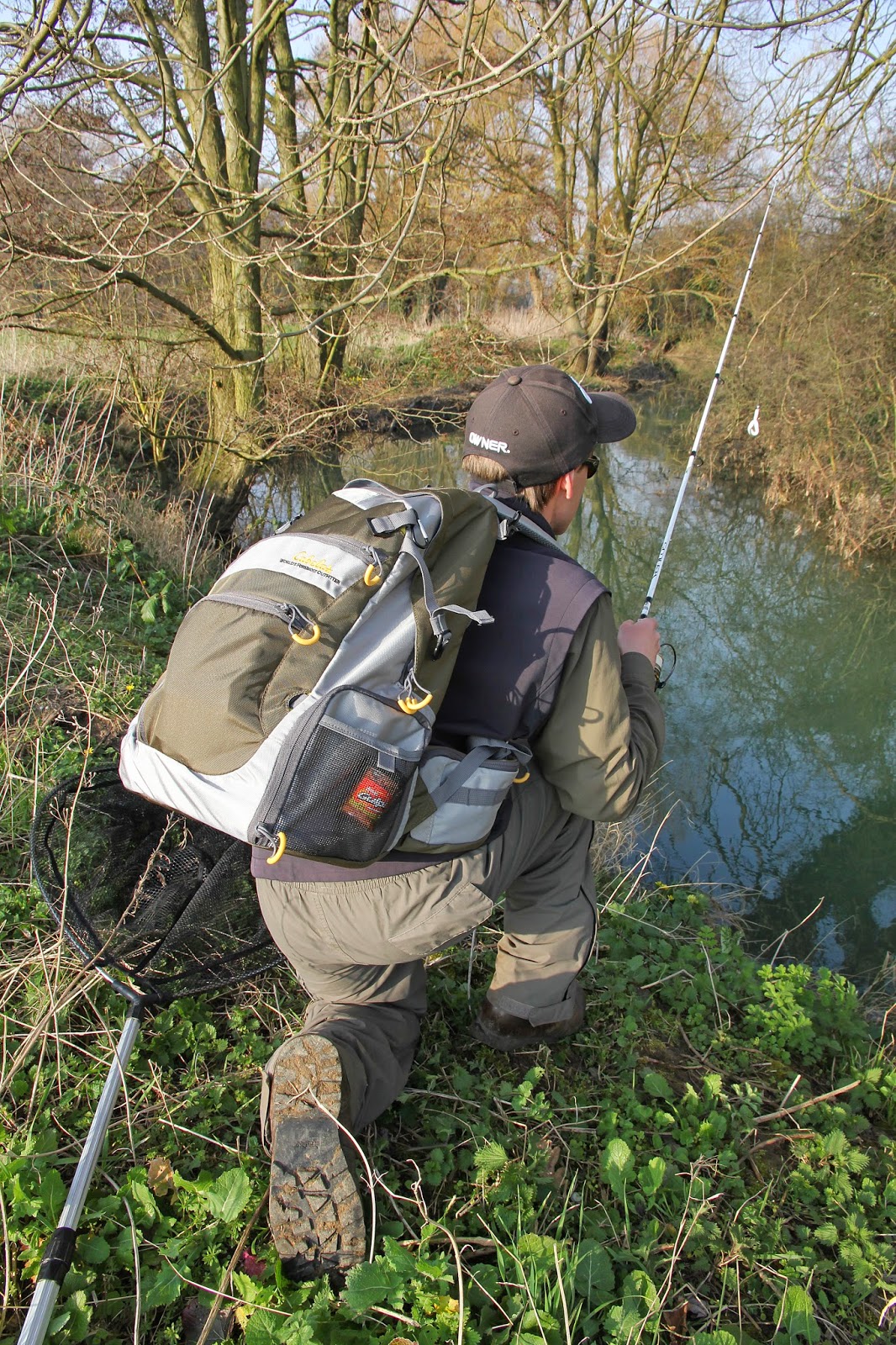 On one of the last days of the season, whilst targeting Chub, I spotted a Carp swimming along the margins. I thought I'd try and stalk it with the drop-shot rig I already had tied on, so I cast a couple of feet in front of it, but it started to move away. I thought I might have spooked it at first, but it did a 360° turn and sucked my Ribbontail Grub up! It was a fantastic fight on a light spinning rod! 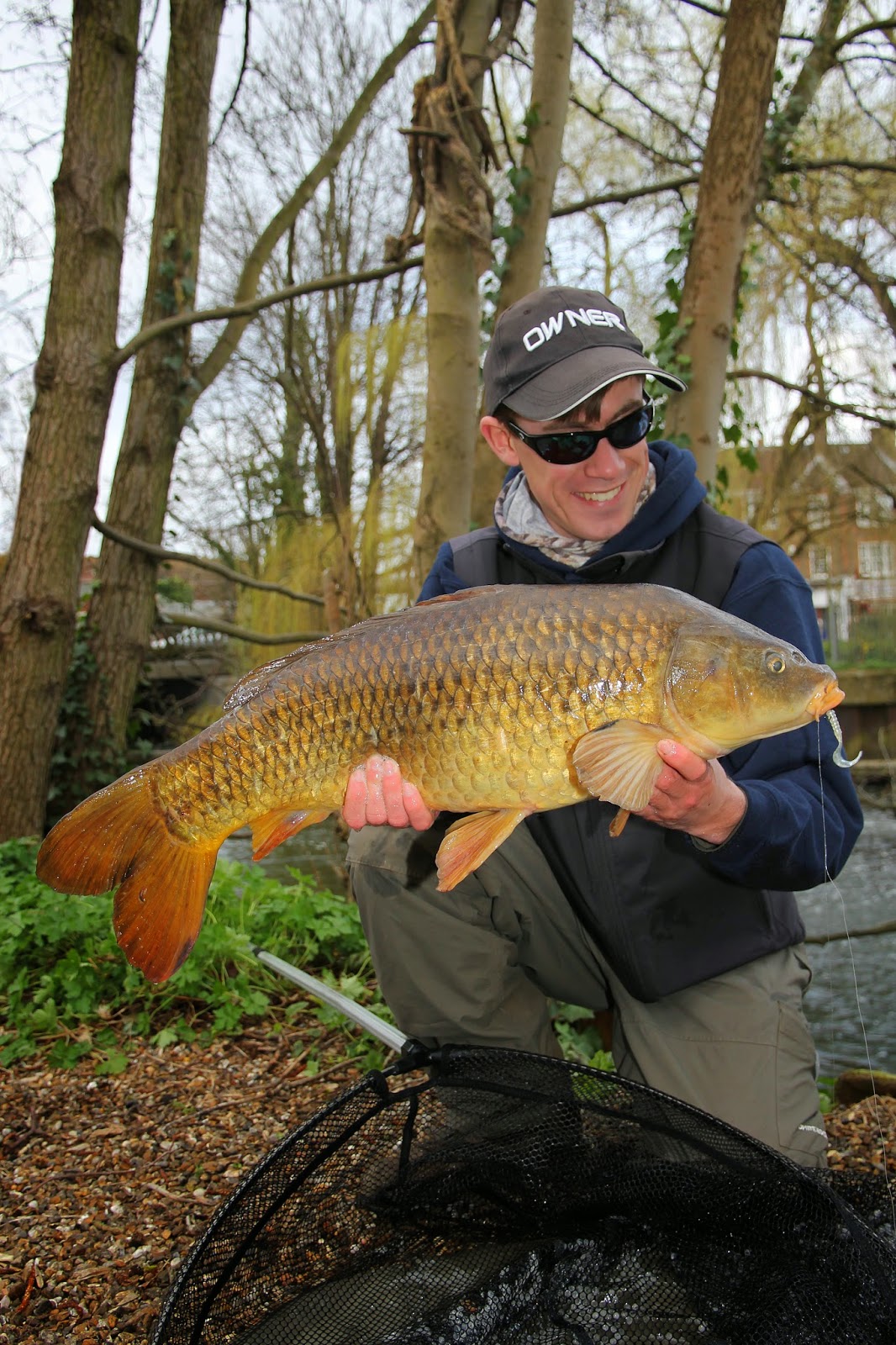 Normally, once the season comes to a close, my Dad and I have a few days rest and catch-up before thinking about going fishing again, but on March 15th we headed to Needham Lake in Suffolk, where the Pike Anglers Club of Great Britain and the Lure Anglers Society had organised a lure fishing day for youngsters. Although we were very lucky with the weather and it was a warm, sunny Spring day, the fishing was really tough, again probably because the predators were getting ready to spawn, or already spawning. Twenty youngsters were divided in to pairs and were allocated with a coach. Each of the 20 youngsters that came along were so enthusiastic and keen - they were soon picking up different lure fishing techniques, and some were even using baitcasting reels! Well done to Max Rushbrook and Aston Lander for both catching their first ever Pike. 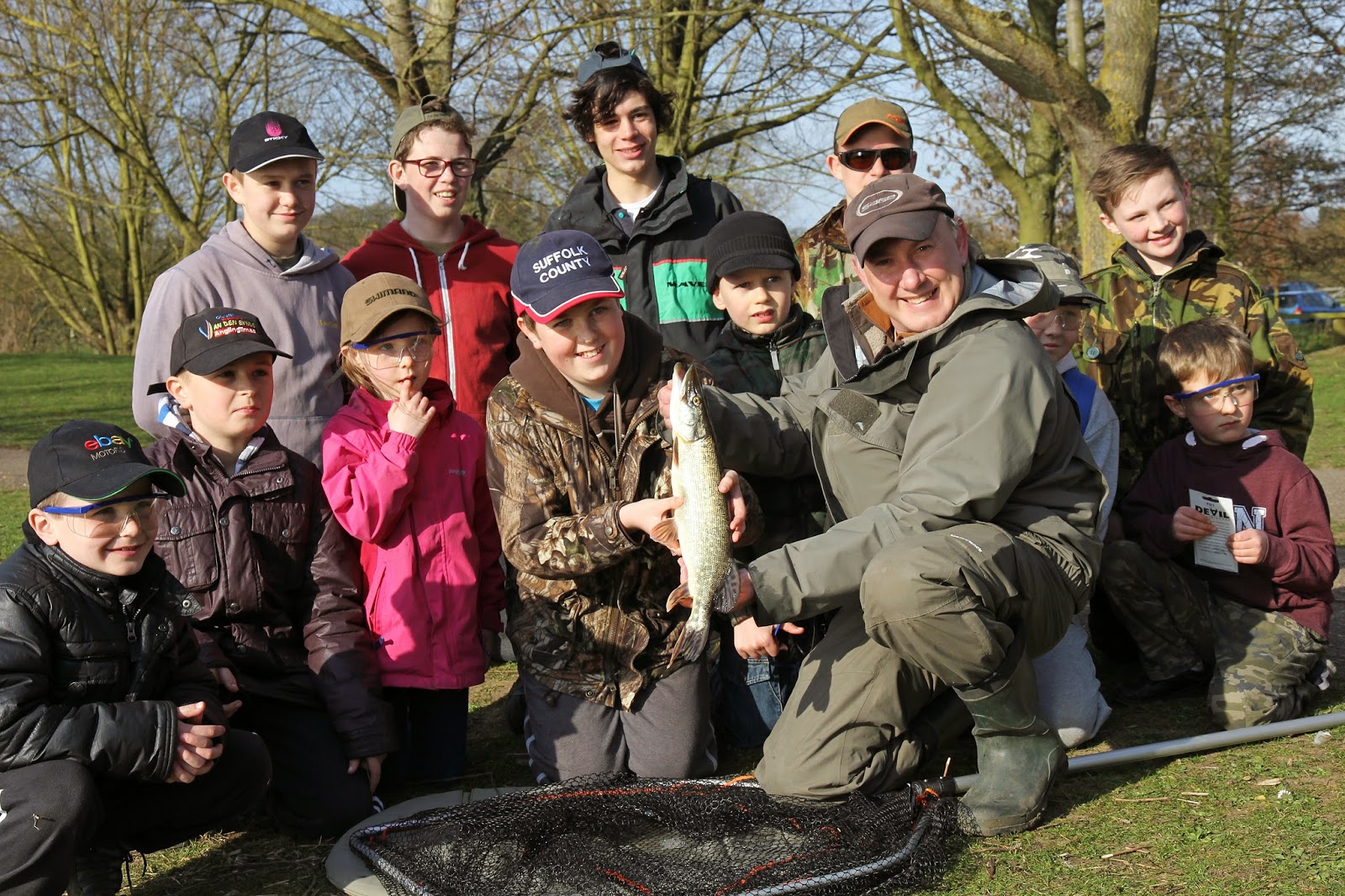 Jason Skilton, Suffolk R.O for the P.A.C, Ron Dalton from the L.A.S and Mark Brewster organised a really enjoyable day. Lure fishing is a great way to introduce newcomers to the sport, and I'm sure it's going to grow in popularity over the coming years.

Since then, we haven't done too much fishing. We tried lure fishing a local gravel pit for a few hours, which wasn't very successful with only a couple of small jacks to show for it, but it was great to try out some new lures we'd recently bought! 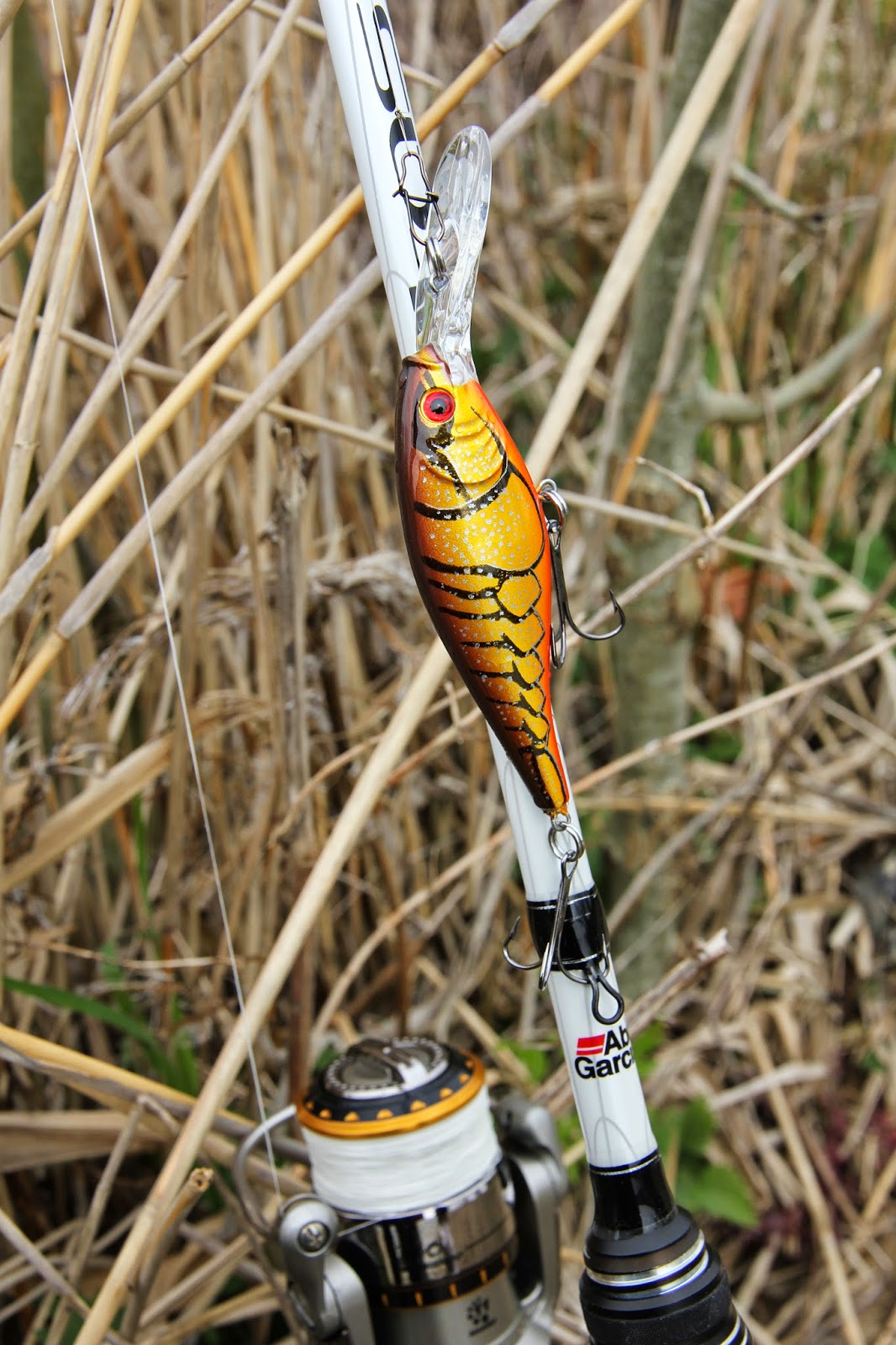 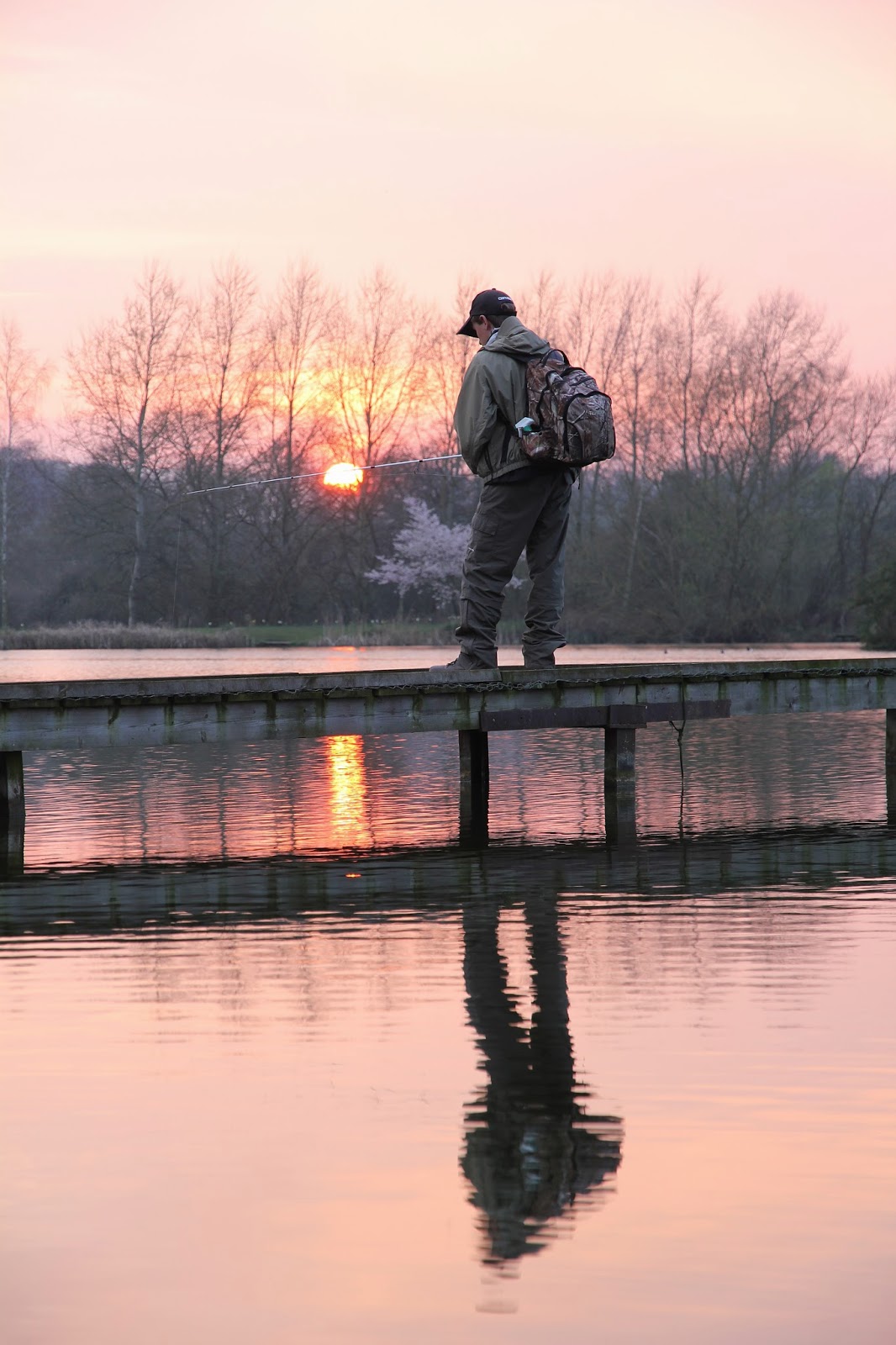 Last week I had my first trip of the season flyfishing for Trout on Grafham. My Dad and I had some fantastic sport fishing floating lines and a team of Buzzers with a small Booby on the point, as the fish were very high up in the water. We only fished for a half day but landed around 40 rainbows in total, and I also caught a Brownie of around 3lb 8oz. We probably could have moved to other areas and had a better chance of landing some bigger, overwintered fish, but it was such great fun we just got carried away and ran out of time! 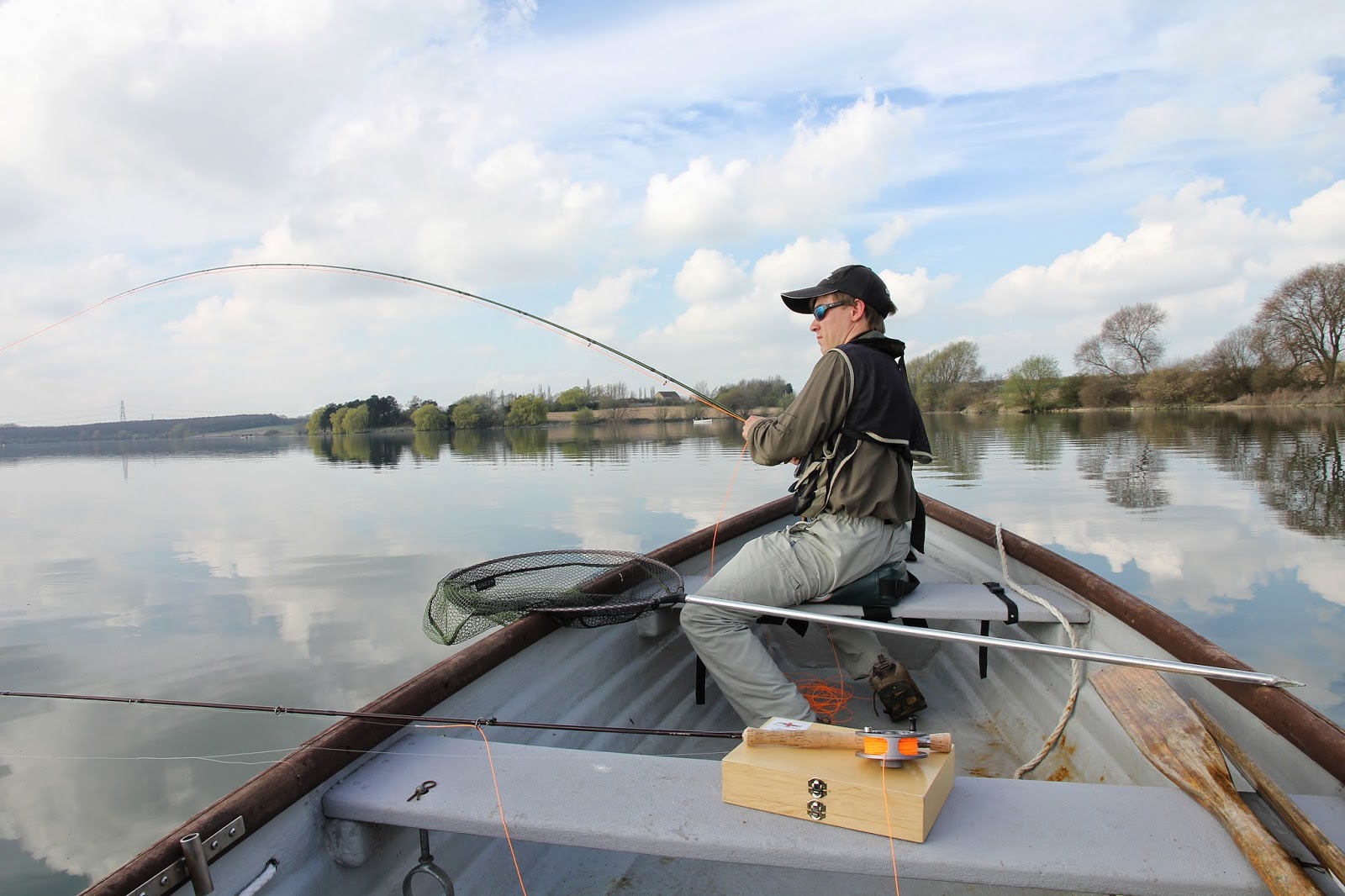 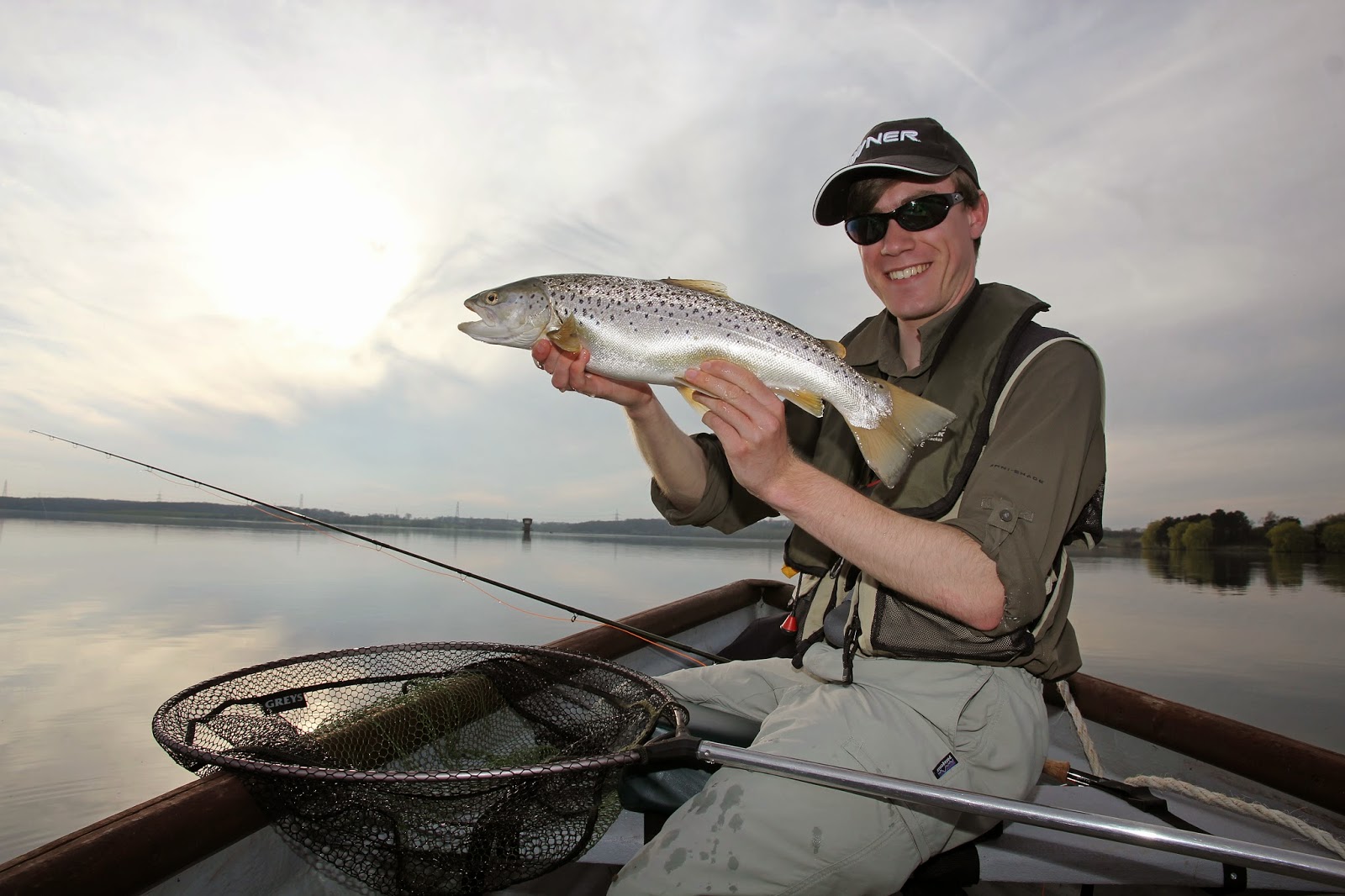 I'm looking forward to another trip to Grafham, and if it warms up enough, it may soon be time to target Carp on the fly!

Yesterday Dad and I went to a training day along with others from the Angling Trust and Get Hooked on Fishing in Nottingham. Dad and I had brought along a couple of lure rods, as after the training day (if we had time) we'd planned to stop on the way back home and have a couple of hours lure fishing for Zander along a stretch of the Oxford Canal. We hadn't fished the stretch for around 6 or 7 years so we didn't know what it was going to be like. We mentioned it to James and Charlie from GHoF Ealing and it turned out they had some lure gear in the back of their car too, so they decided to join us!

Although the area still looked exactly the same, the fishing wasn't. I caught one tiny Zander and also lost one of around the same size, but unfortunately that was the only action we had. Still, it was a nice evening and even better with James and Charlie. 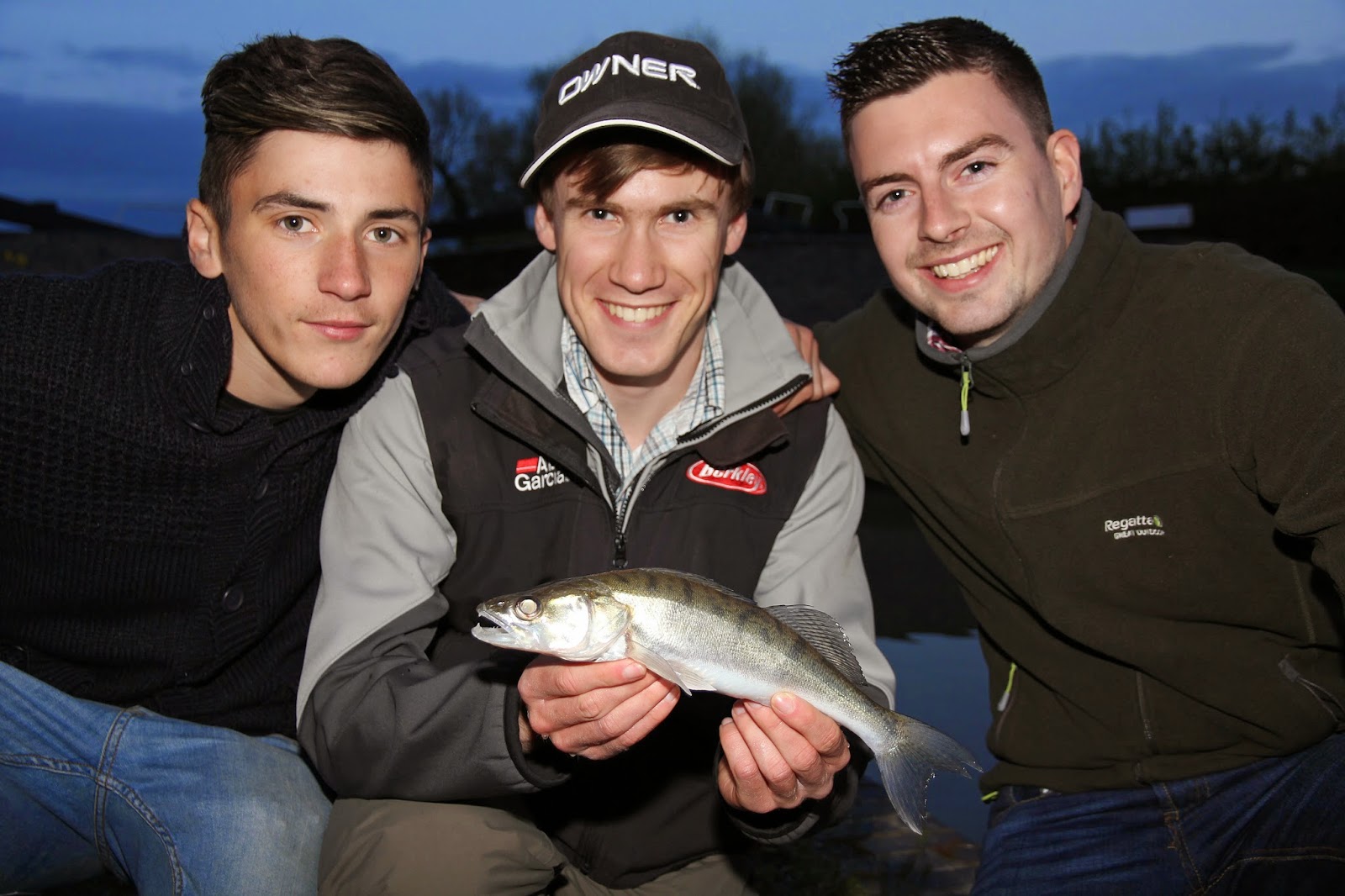