Fishing you a Merry Fishmas! 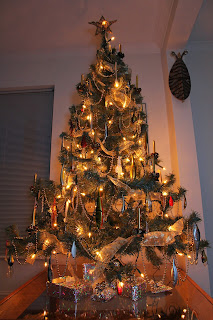 My Mum has always said that lures look like Christmas decorations. She shouldn't have said anything as this year we decided to have a change of baubles and covered the tree with lures! 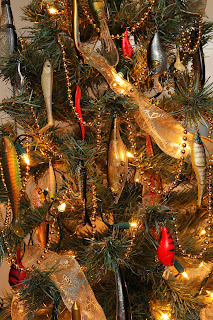 If I could sum up the fishing over the past month for me and my Dad in just one word, it would have to be 'tough' - literally everywhere we've fished. The rivers, until recently, have been very low, with little flow. They've also been so clear that in some areas along parts of my local rivers, standing from the bank, if you're wearing polaroids, you could almost see the whole way across the river! That's obviously not the case now thanks to recent rainfall, but along with angling pressure, it's made the fishing challenging. 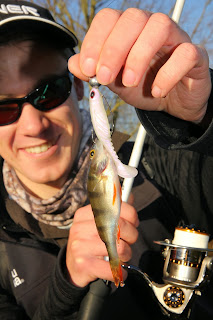 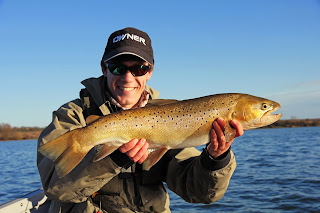 Thankfully we've caught a few nice fish though - in a short morning session one day, along with a few others, my Dad landed two lovely stripeys, both weighing 3lb 3oz, that he caught on Texas rigged Berkley Ripple Shads. 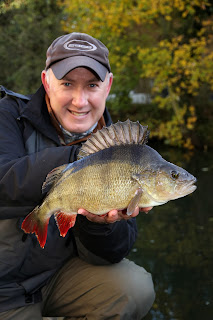 Recently we've also caught a few immaculate looking Chub too. Catching Chub on lures is normally best associated with the summer months, but this time of year we always seem to pick up a few, normally whilst targeting Perch and Pike. 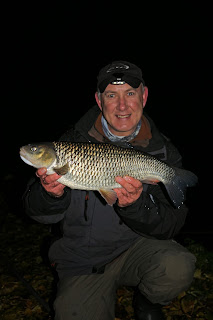 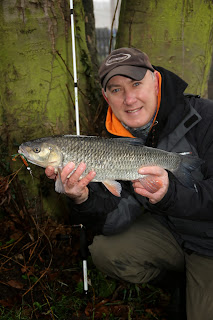 I don't mind it when the fishing is hard because it challenges and forces you to try different tactics and lures, learning more and more after every trip. It also seems to fire my adrenaline further when we haven't had a great day to experiment with ideas that could flick the switch. 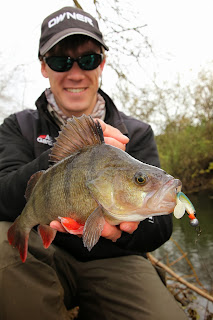 I've been trying a few new soft baits recently and one that has really stood out has been the Sébile A.T Minnow. When retrieved, it has a very subtle action that doesn't create as much vibration as many other shads, especially those with large paddletails, but it swims just like a Minnow and I think this is why it has been so effective for Perch, Pike and even Chub! 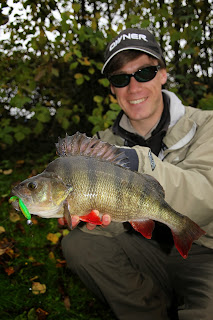 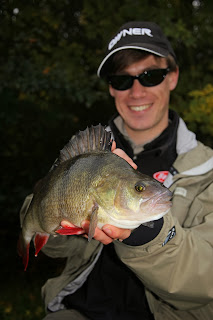 Our best trips this month have been afloat on the River Thames. On one morning we were struggling to find fish - I'd caught just two small Perch and Dad hadn't even had a bite, when at around 2pm, we came across a huge shoal of baitfish by accident! Sure enough, the predators weren't far away, and we started catching almost immediately. We then started to see silverfish scatter, with Perch and Pike boiling and thrashing in to fish - it was so exciting, just like watching a David Attenborough film! The best bit was when I saw a Zander, of around 5lbs, jump clean out of the water, right next to the boat, chasing fish! It was a real eye opener and amazing to watch! 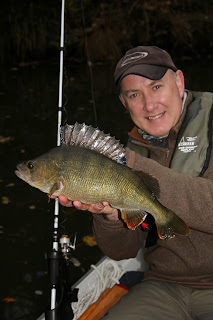 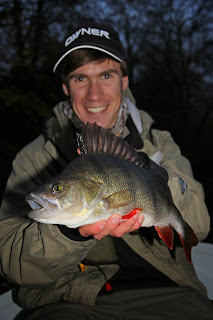 We enjoyed ourselves so much that we couldn't help making the 1 hour 10 minute drive back to where we keep our boat the following afternoon. However, because of the fog and the traffic it took us nearly 2 and a half hours to get there the next day! It was well worth putting up with the journey though, as the action was just as good as the day before and in total, over two afternoon trips, we boated 60 Perch (nothing massive, the biggest was just under 3lbs), 5 Pike and my Dad also landed a cracking Chub just under 5lbs too! 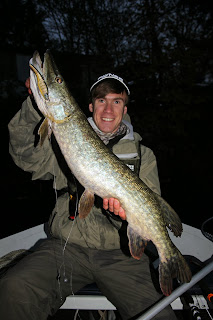 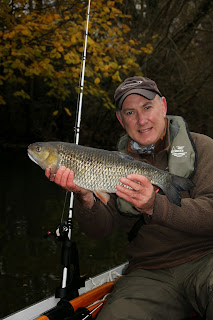 A fortnight ago I fished in the Rib Valley Flyfishers Fur and Feather match held on their Millennium Lake. It was the first time I'd flyfished since August, so I wasn't too sure how I was going to fare! A real mixture of methods worked on the day and luckily I caught my four fish limit, and finished joint 8th - as four people all had a bag weight of 7lb 12oz! It was great to catch up with some good friends, and it was a really enjoyable day.

Yesterday I flyfished with the Pitsford Pirates at Elinor. I always enjoy fishing Elinor and at this time of year, the team normally like to get together and have a BBQ. I don't think I've ever flyfished in such windy conditions in this country! Casting in to the wind, where the fish were, was a nightmare - we all ended up just using one fly, under a bung. The fishing wasn't easy but we all managed to catch a few nice Rainbows. I like what fellow Pirate Bart said to us all - 'at least when you're fishing in this weather it makes you feel alive!'

Now the rivers are all high and coloured, it's a case of fishing reservoirs and gravel pits until they start fining down - then the conditions should be perfect for targeting all species. It's hard to put in to words how much I've enjoyed 2013 - I've learned so much, really enjoyed being involved with the Team England Lure Squad, Pure Fishing, the Pitsford Pirates and the charity Get Hooked on FIshing, and best of all I've made some great friends. 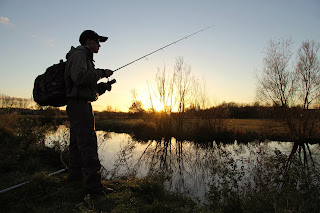