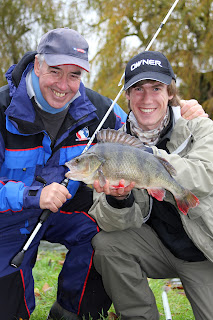 Is it just me or has everyone had, or has, the flu at the moment? I only got over it about a week ago, and most of my fiends and family have been infected with the dreaded lurgy too! Unfortunately, it's messed up quite a lot of our fishing this month, which has been very frustrating.

I always enjoy flyfishing Elinor, and 3 weeks back, this is where the Pitsford Pirates had a team get-together and a BBQ. It was a great day and we all caught plenty of fish, on various methods and flies. Some of the fish were so close to the bank we were able to roll-cast to them! Unfortunately, I lost a huge rainbow, which at first I thought was a Pike. It would certainly have been a P.B if I'd landed it, and I'm pretty sure it was over 10lbs! Even Charlie saw it and he reckoned it was a right lump! Bart's Lemon Chicken on the BBQ was really tasty too!

Our next session was along a local stretch of the River Lea, which, lately, has been slow compared to the same period last year. I managed to catch, what my Dad and I call, a Lea 'Grand Slam' - a Pike, Perch and a Chub in the same day. The Chub was around 3lb 8oz and took a drop-shotted Berkley Power Minnow. 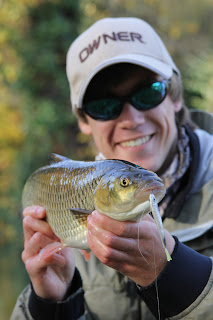 That same evening, we had an e-mail from Keith Arthur, asking us if we'd be up for a day's fishing in front of the Sky Sports cameras on the Lea for Perch. It was a no brainer - but we were a bit worried and explained the fishing had been very difficult there. Despite this, I was still confident one of us could hit our target and land a 3lb+ Perch. So a date was penned in the diary… 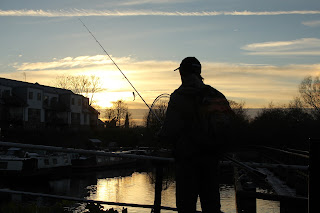 It was going to be a busy couple of days as I'd also planned to fish with Dr. Paul Garner on Rutland vertical fishing for Zander the day before fishing with Keith. By the time these trips came around though, the flu had really set in and I must admit, I was feeling quite groggy. The weather was forecast to be much windier, but luckily this held off until the last couple of hours when fishing Rutland. My first fish of the day was actually a lovely Brownie, that we estimated weighed around 6lbs, taking a drop-shotted Berkley Gulp soft bait. 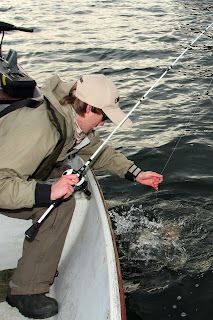 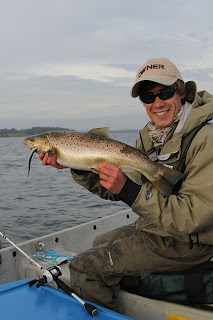 As the day progressed, we hooked plenty more fish but lots of them just didn't seem to stick!  We all caught though and I really enjoyed the day - it was great to meet and spend a day out fishing with Paul, and I'm really looking forward to fishing with him again in the future. 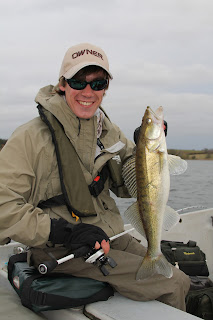 As soon as we got home from Rutland we prepared our gear to fish the next day with Keith along his old stomping ground - the River Lea. We met Keith and the camera crew early in the morning but, by the time we'd chatted and got miked up for the cameras, we'd already missed one of the best times of the day, so I was a little concerned!! The river was very clear but the conditions were near perfect as we had plenty of cloud cover, so I was still hopeful.

It took around 3/4 of an hour until I had my first bite, and minutes later I had a Perch to show to the camera - not a massive fish of around 1lb 10oz, but we were off to a good start!

About 20 minutes later, whilst talking to Keith and the cameras were rolling, I cast tight to the far bank and after a couple of jigs I had a bite on the drop. It didn't feel big at first, as it had swum towards me, but then it started to feel as if it had some weight to it, and I thought that it might have even been a pike, but as it boiled, I could see it was a very big Perch. When I got it in the net, it was a massive relief as I knew it was a good fish, well over 3lbs! As I lifted it on to the bank though, I could see that this fish could be extra-special. Keith weighed it on camera and at 4lb 4oz it was my biggest ever from the Lea, and a new P.B. I couldn't have asked for better timing! 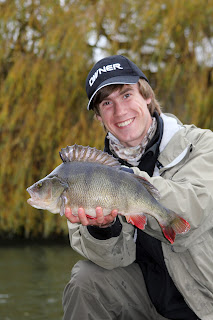 From then on, the fishing became very quiet. I had one good whack soon after releasing that fish in the same spot, and that was it. Even a change of tactics to the Drop-Shot - the 'clean up' tactic as it's nicknamed in America - failed to produce. Even though my Dad was watching most of the time, he did have a few casts and caught a fish of around 2lb. I can't thank Keith enough for the wonderful opportunity to fish with him and be filmed by his brilliant camera crew! 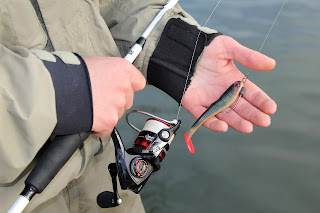 Since that day, we haven't ventured far as we've still been getting over this nightmare flu/cold - I just hope I didn't give it to Paul or Keith! The only places we've fished since are a few sections of the Lea. We've caught plenty of Pike but the Perch haven't put in much of an appearance - until recently…

Fishing one afternoon/evening session a couple of days ago, my Dad had a great result. He had four bites - 3 of those were Perch over 3lb (3lb 3oz, 3lb 7oz, 3lb 9oz) plus a nice Pike of around 8lb! 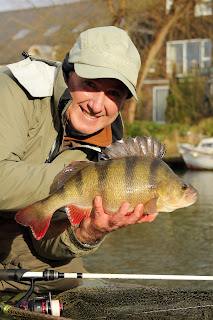 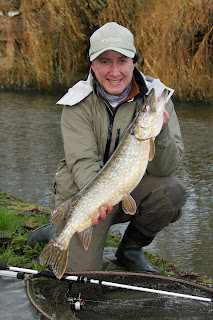 I'm looking forward to watching Tightlines on Friday - I just hope I come over alright in front of the camera.
Posted by Sam Edmonds Fishing Blog at 13:32 2 comments: