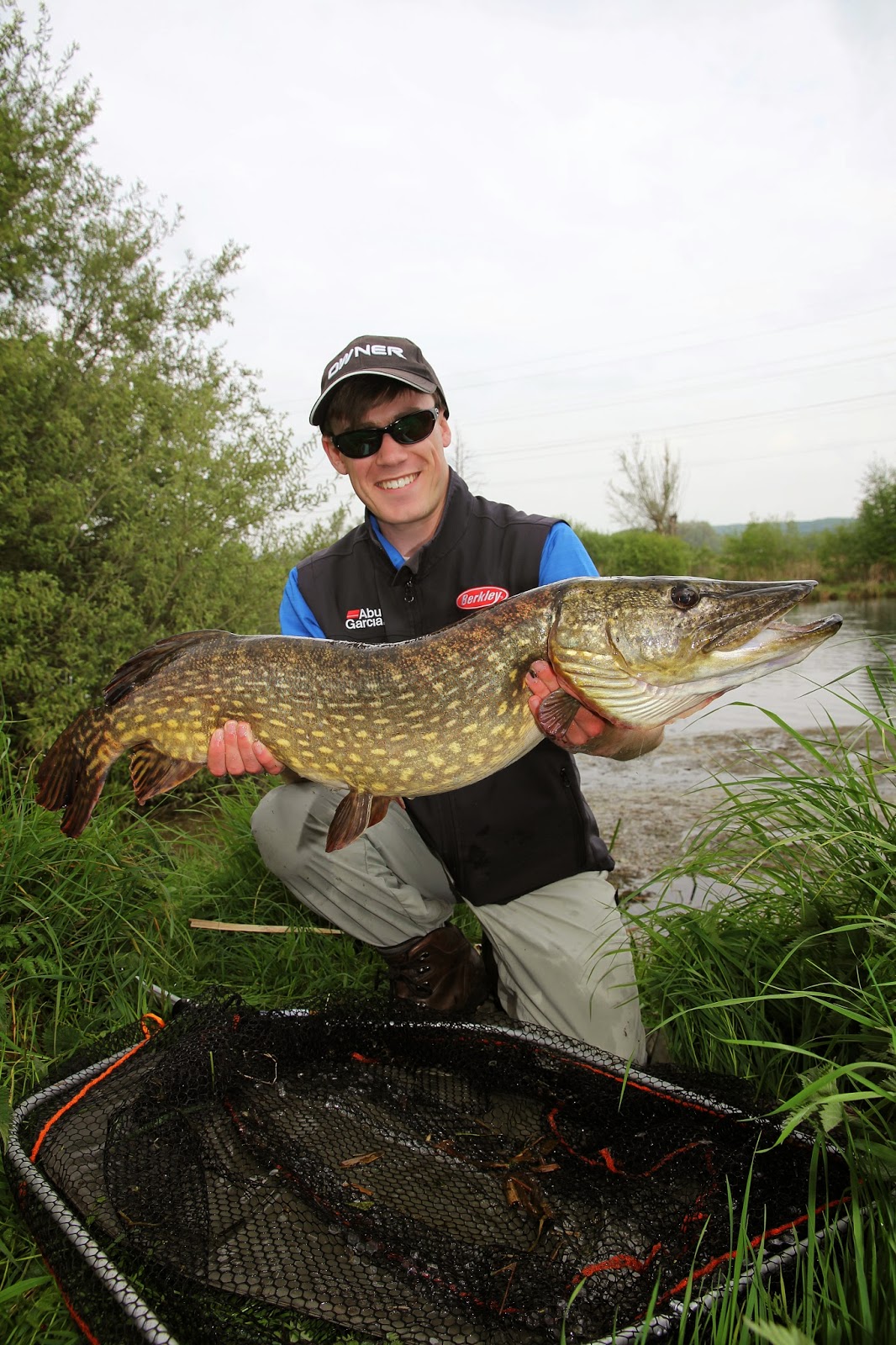 For the past couple of months, my Dad and I have spent a lot of time preparing for the Team England Lure Squad trials. Last year, both my Dad and I were lucky enough to be selected to represent the first ever Angling Trust Team England Lure Squad in the 6th Carnivorous Artificial Bait Boat Angling World Championships on Lough Erne, however this year, trials have been introduced to select a team. There were two qualifiers earlier in the year, on Esthwaite Water and Bewl Water, where anglers competed to fish in the grand final staged on Llangorse Lake in Wales.

Most of my lure fishing recently has been spent on local gravel pits, experimenting with rod/reel set-ups, lines and of course lures we thought could work well on Llangorse. We caught some lovely Pike too - two of the most successful lures we used were the 114mm Sébile Suspending Stick Shadds and the 160mm Sébile Magic Swimmer Soft. 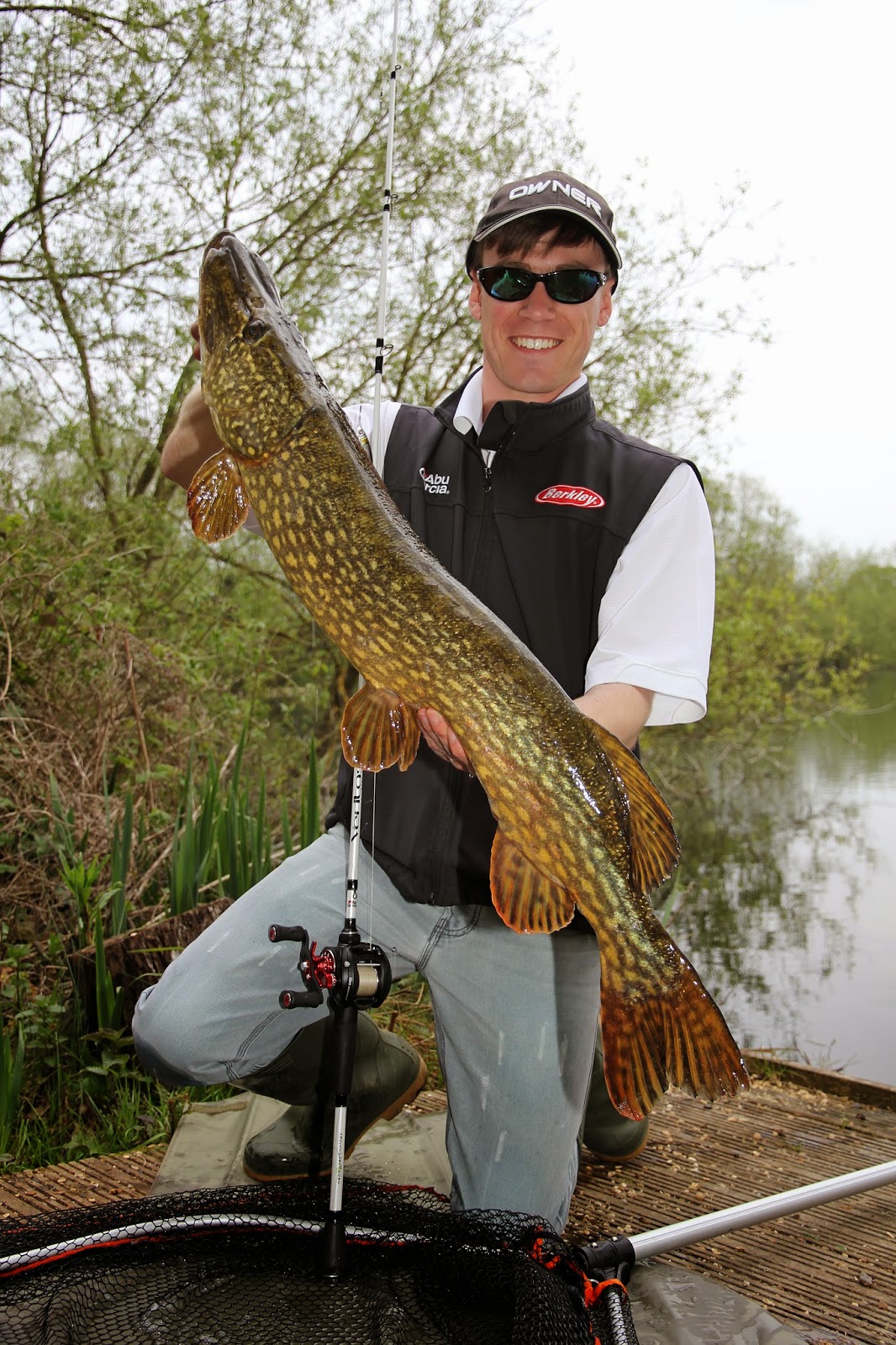 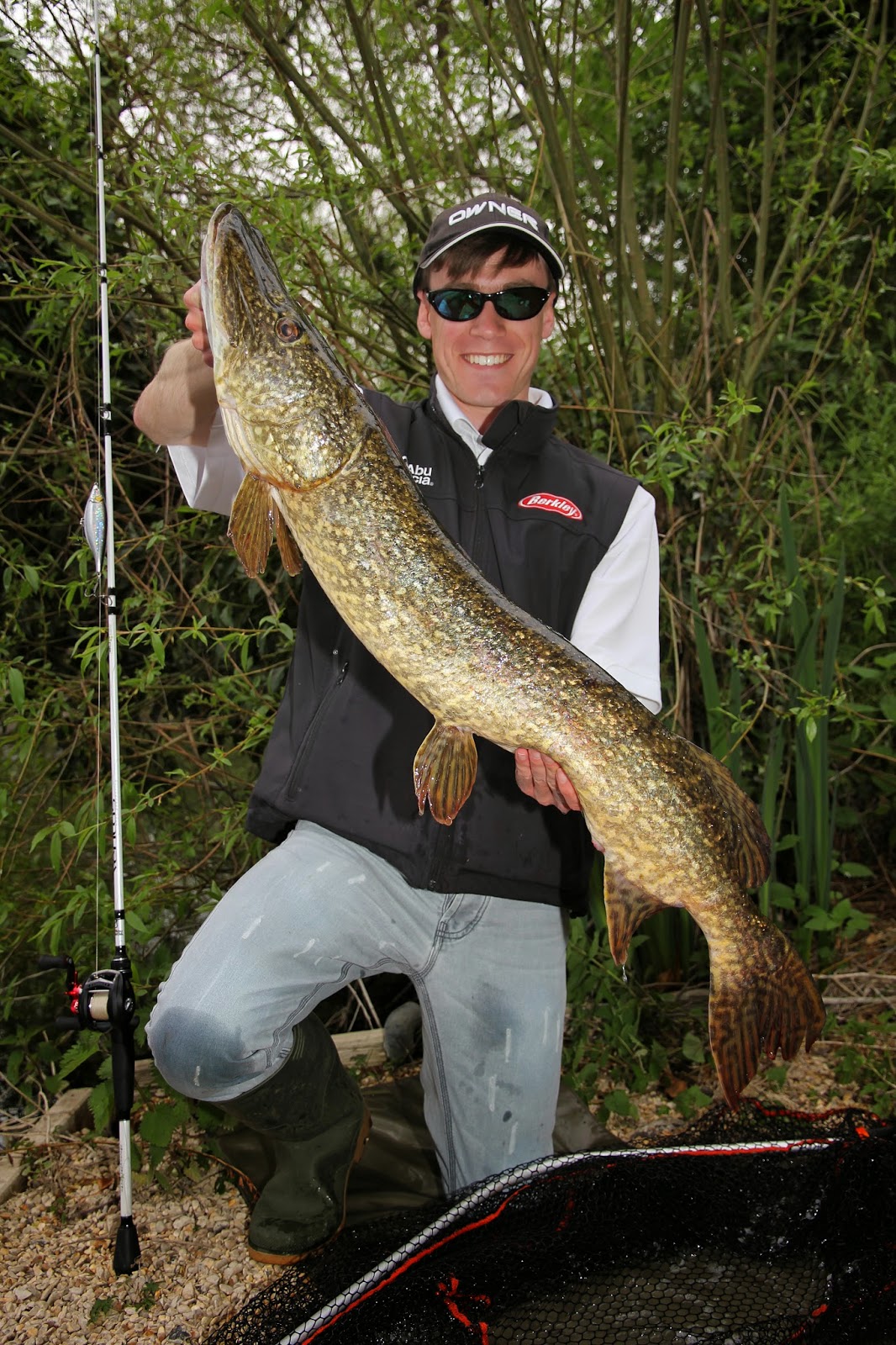 There's nothing better than practising on the venue you'll be fishing though, so a week before the trials we made the four and a half hour drive to the Brecon Beacons in the hope of building a picture of how Llangorse fishes and what lures and tactics worked there. When we arrived we didn't get off to a very good start - it was windy and raining heavily, and when we went in to the shop to ask for a ticket we were told it was probably not a good idea to head out as the weather was meant to get worse in the afternoon, so we could only fish for an hour and a half!! Not only that, it was unlikely we could fish the next day as the weather conditions were forecast to be similar! In a mad rush, we dashed down to the jetty and loaded the boat, and whilst fixing the outboard on to the back of the boat, Dad slipped and fell in!! 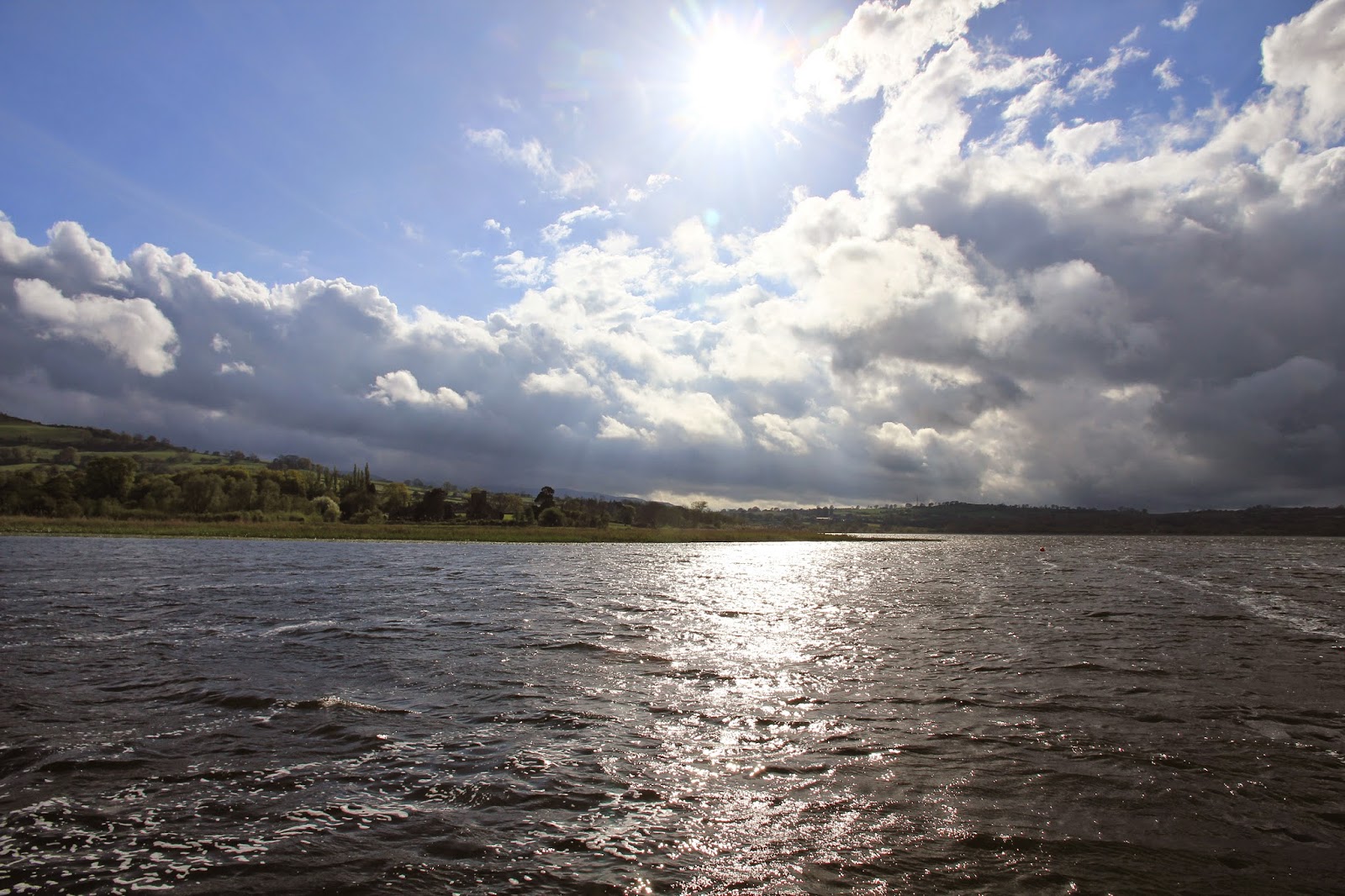 Despite his legs being soaked through we fished for an hour and came back in, but after returning to the shop and pleading to stay out and fish, we eventually got permission to head out again. Thankfully the weather didn't worsen too much and we caught 10 Pike to around 12lb. One of our most successful lures for Pike were the Berkley Flex Slim and Berkley Flex Rib Shads. 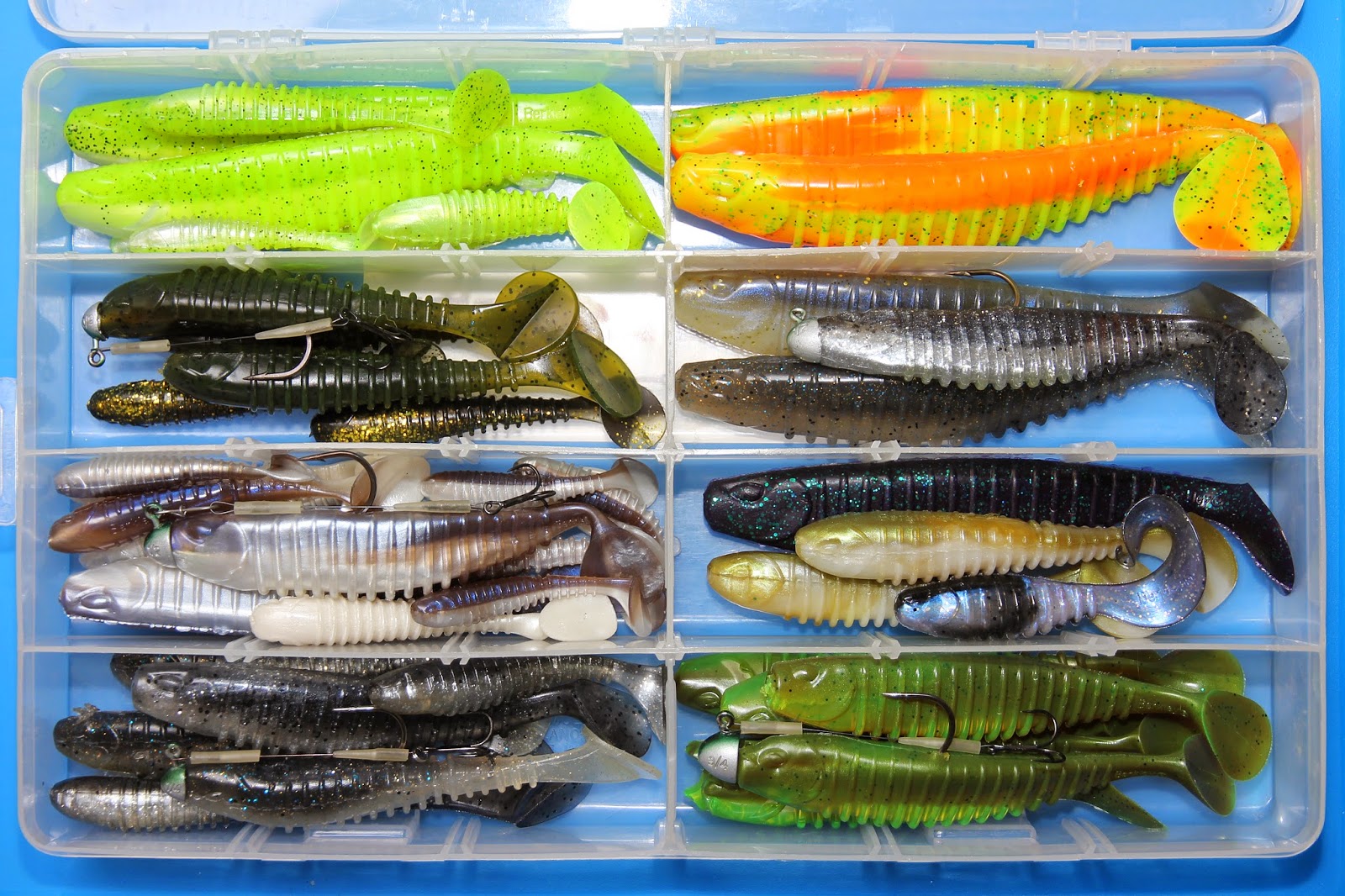 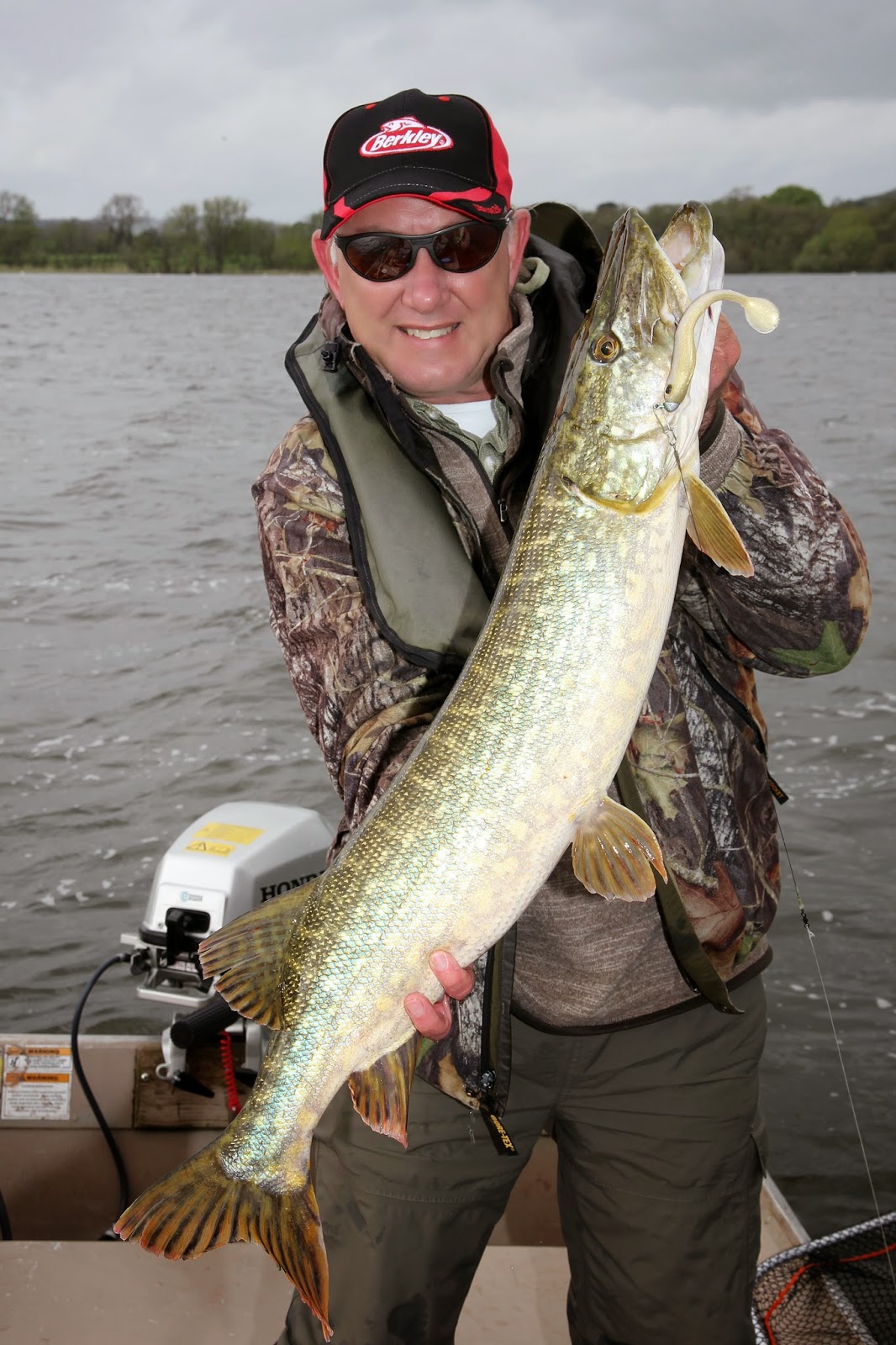 After a wet night sleeping under the oval in the campsite next to Llangorse, the weather didn't seem quite as bad so we headed back out on the lake again. Using a wide variety of lures and tactics we boated 15 Pike, plus a few Perch. 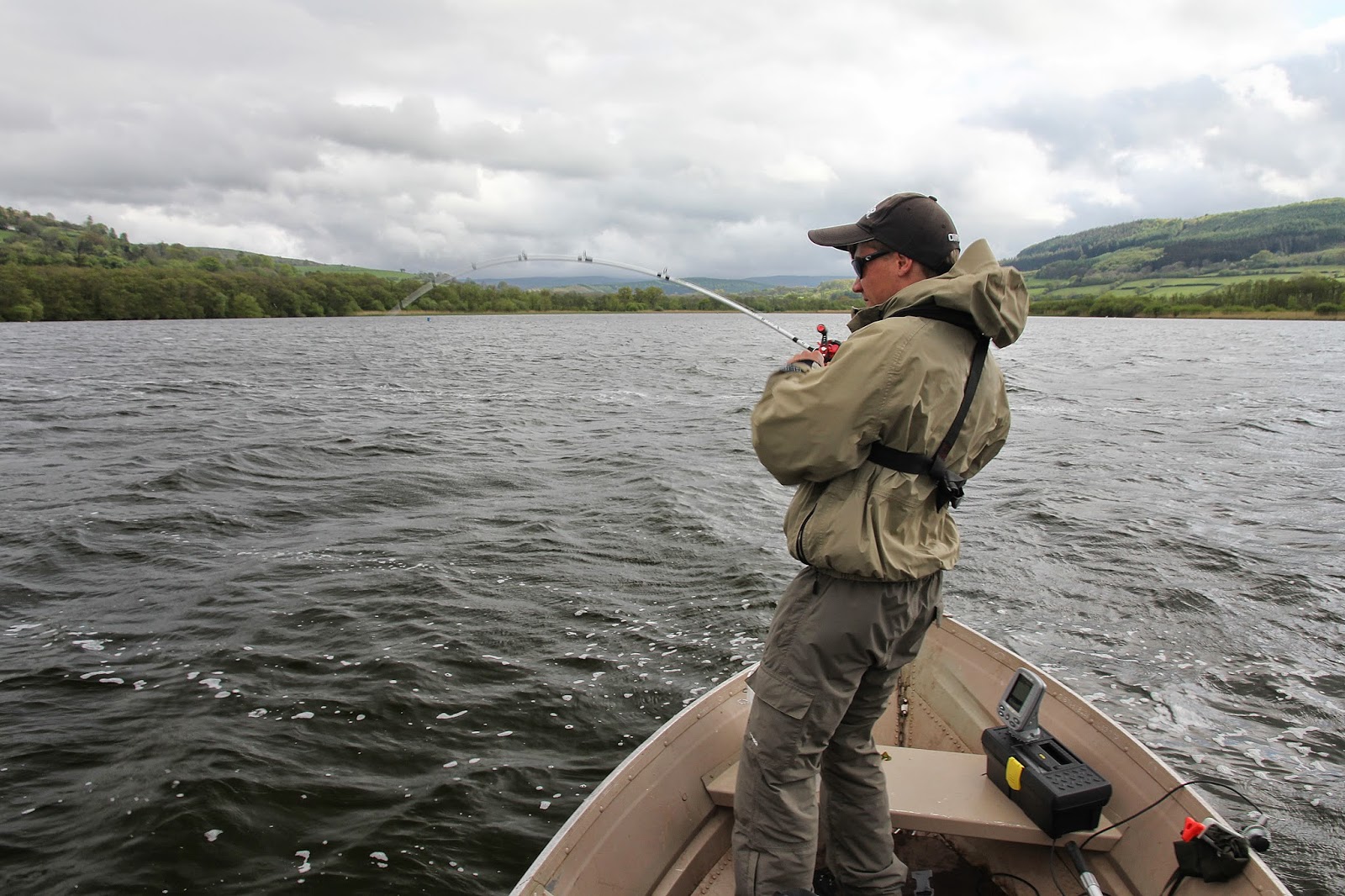 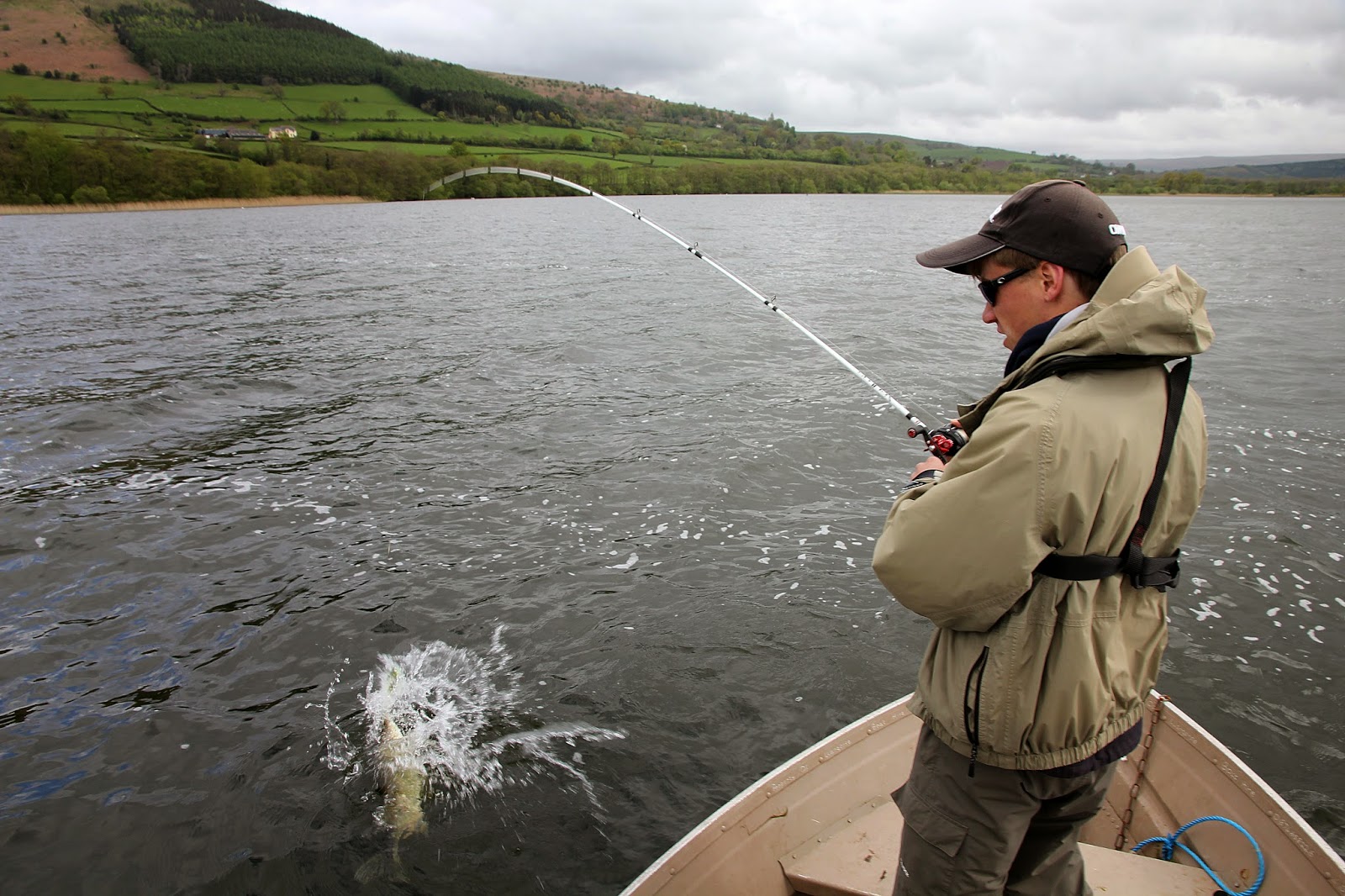 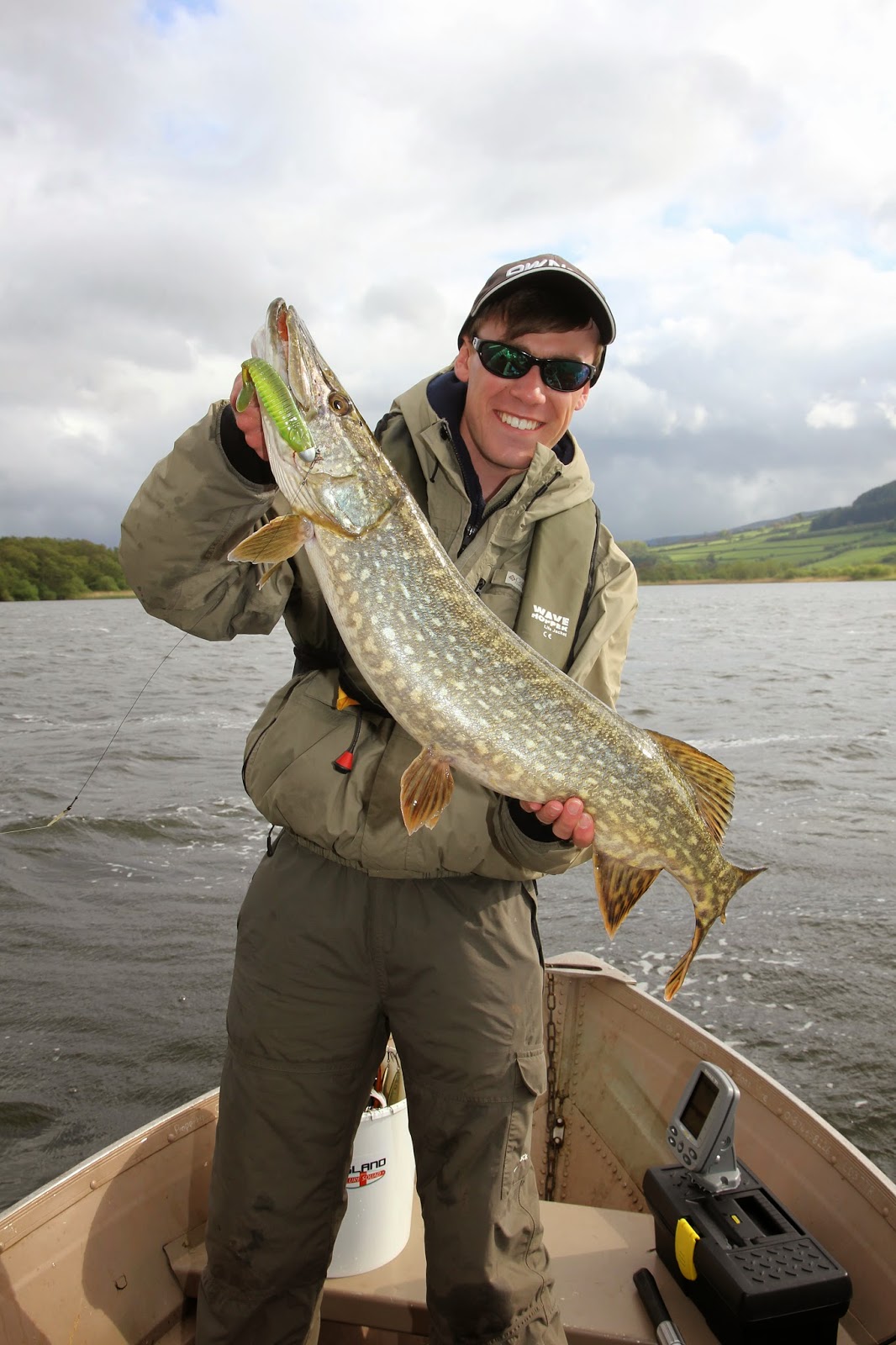 The first Perch I caught weighed 3lb 2oz and took a jigged 3" Berkley Power Grub! It probably would have weighed a lot more had it have not been spawned out. 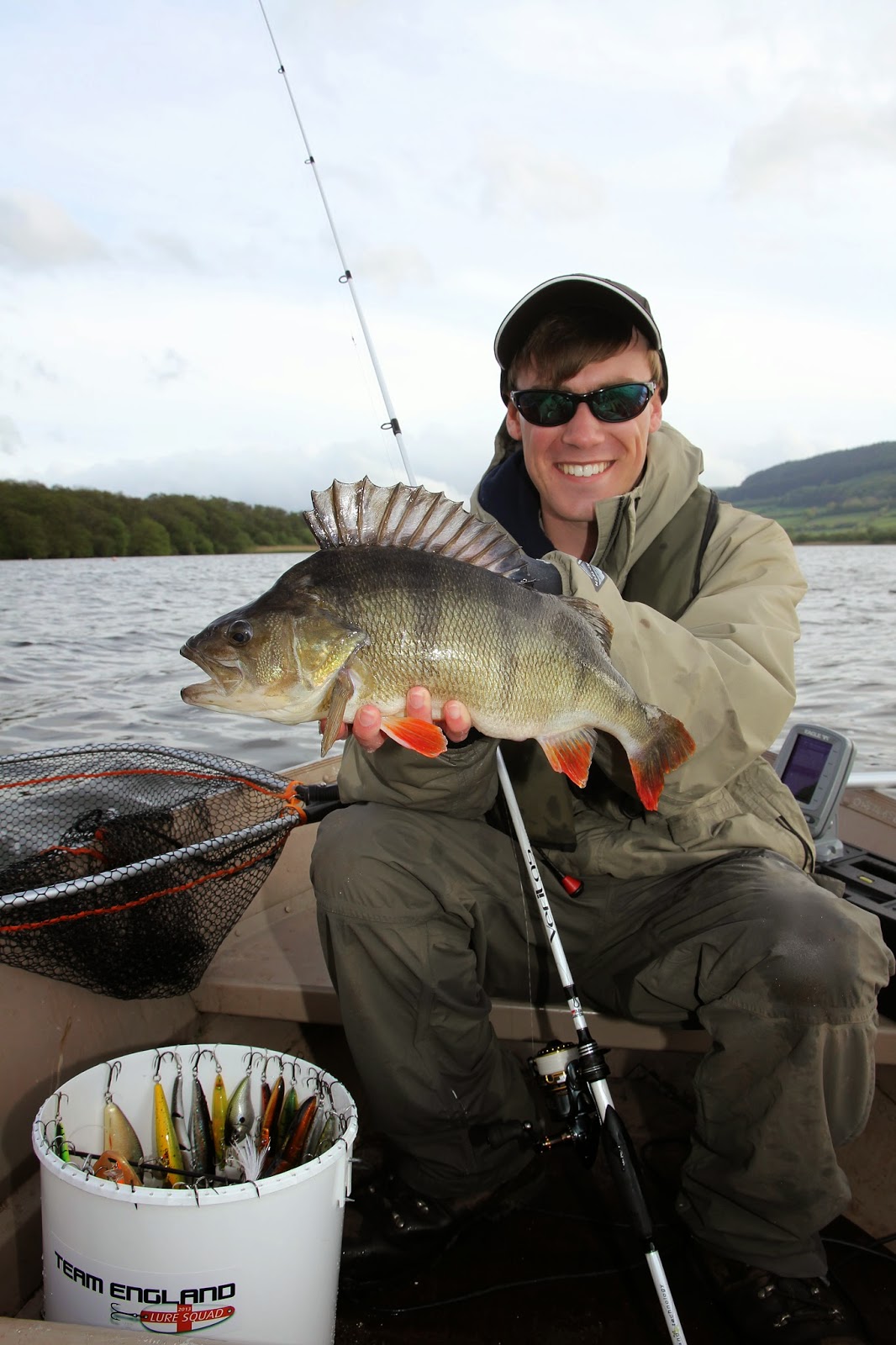 We headed home that evening feeling very confident we had some idea of where to and how to fish the following week. Well, what a roller coaster ride my Dad and I had during the match days! Day one went really badly for us, and most of it was my own fault. On my very first cast I cracked off on a lure that had worked really well in practice, then I tied on another trace and replaced it with the same lure, not realising I hadn't clipped it on to the snap. I threw it out of the boat ready to make a cast, then realised I had just thrown a lure in to the water! All the other spares of that lure in that colour were back at our B&B, and from then on, the day continued to go wrong as I lost my first three Pike I hooked. Dad had got off to a good start catching a Pike on just his second cast, but he wasn't amused with me to say the least and my frustration rubbed off on him. We lost so many fish on the first day it was ridiculous. I didn't catch my first fish until 1.30pm and we ended up with 7 Pike between us, Dad with 4 and me with 3. Gary Palmer, Eric Edwards and Dan Brackley were on 9, 8 and 7 - the top 6 anglers qualify for the team and although Dad was still in the running, I had some extreme catching up to do on the second day.

Unfortunately, day 2 got off to another nightmare start. Just before the match was about to kick off, our electric motor packed up and stopped working. We thought we were doomed! We were still determined though and tried not to let it get to us, and fortunately we both had a spectacular turnaround. We started catching fish within minutes, and the sport seemed to get better and better. Thanks to a slight adjustment to a specific type of lure, we lost far fewer fish than the day before, and after landing just 3 on day one, I landed 16 on day 2, and Dad caught 9.

Gary Palmer had caught some cracking Pike to 99cm, including a 35cm Perch, and although I caught one more fish than him, his greater length won him first place, and I finished in second place - what a day! I was so chuffed to have made it back in to the team - Dad had also taken the sixth place, so we'd both managed to retain our places in the Team England Lure Squad, along with Gary Palmer and Eric Edwards. The 2014 squad is: Gary Palmer, who is now Team Captain, Eric Edwards, Dan Brackley, Rikki Cooper, my Dad and myself. The two reserves are Evaldas Skablauskas (who fished in last year's team) and Ron Dalton. 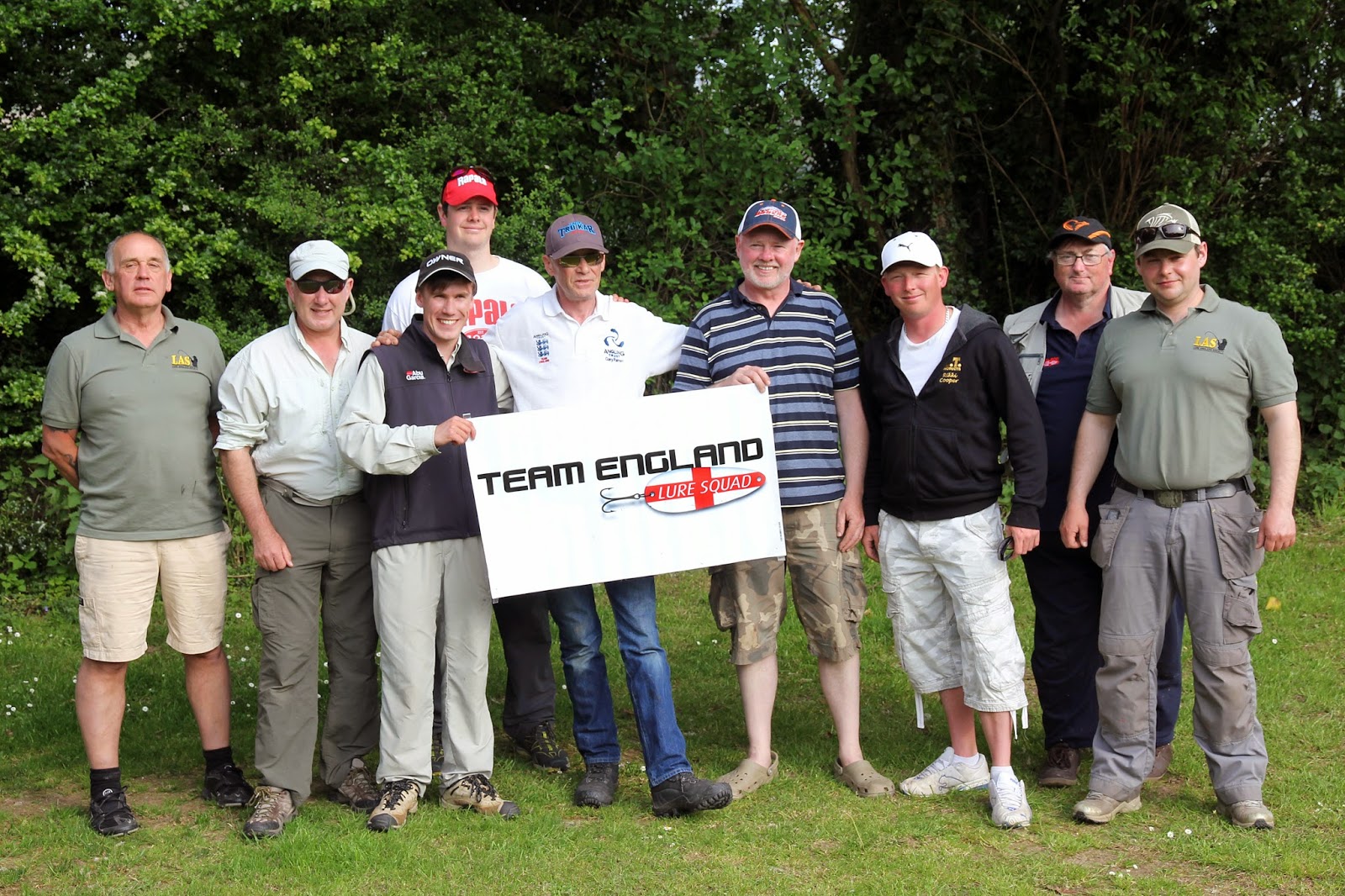 Mike Skipper, the team manager, put on a fantastic event held at a stunning venue. It was also great to meet other like-minded lure anglers I'd never met before, and to say I'm really looking forward to attending the 7th World Championships on Lac Bourget this October is an understatement!

That's not the only match I've fished in this month. At the beginning of May I fished in the Lexus Individual and Team Flyfishing Championships on Grafham. I didn't do so well in the individual match on the Saturday, but our team, the Pitsford Pirates, qualified for the Lexus Team Final this August on Rutland by finishing in 4th place, which was a great result, especially as none of our team members had much time to practice on there! To qualify, we had to beat a strong field of top teams, fishing midge tip lines with nymphs, and either a sunburst blob or booby on the point. I also really enjoyed fishing with Fen Oakley, who was representing SKB Fishbums - it was the first time we'd fished together since we were both in the England Youth Flyfishing Team.

I've also had some other great news recently. Just in the last few weeks I have been given the role of Project Manager for an initiative being run by the charity, Get Hooked on Fishing, called GHoF Bedfordshire. Thanks to lottery funding, the lakes at Shuttleworth College (coincidentally where I completed my Extended Diploma in Fish Management course) have been dredged and the plan is to create the site in to a teaching facility for those wanting to learn to fish. We'll teach all kinds of fishing there but I am very keen to introduce people to lure fishing once it's all up and running. Things have only just started to get underway, and it's going to be a massive project, but it has masses of potential and I'm really looking forward to it. As the project is still in it's infancy, there's not much more I can really say at the moment but to find out more information check out the recently-launched Get Hooked on Fishing Bedfordshire Facebook page, which we'll update as work progresses. We're hoping to open it in April 2015, so if you're interested in helping out, please feel free to drop me a message on the GHoF Bedfordshire Facebook page.

On Good Friday, I also helped Get Hooked on Fishing at their complex of lakes in Ealing, for the launch of GHoF and the Angling Trust's 'Family Fishing' campaign. Over the course of the day there were 119 participants and Dad and I were showing people jigging and drop-shotting for the coarse fish. 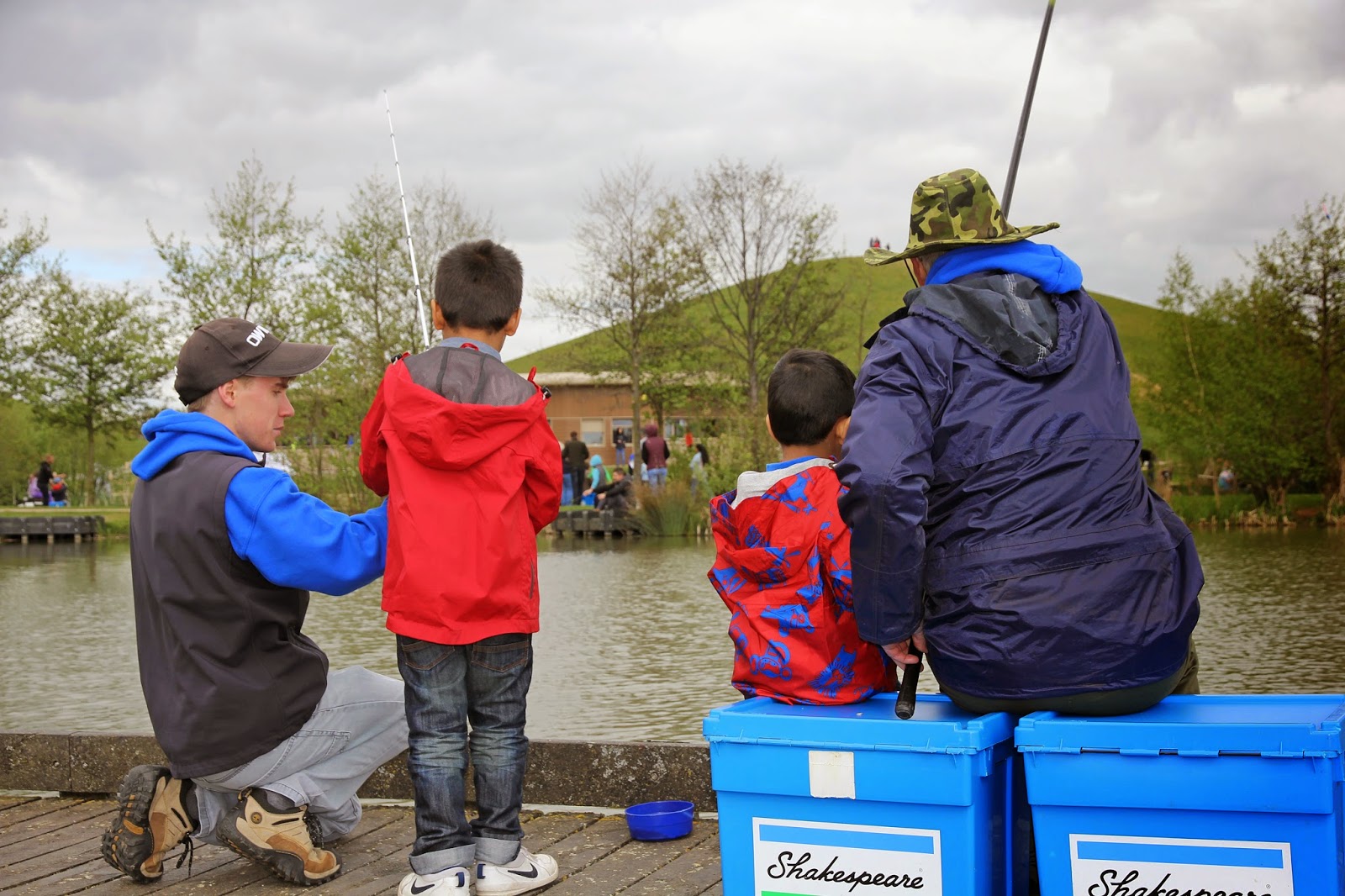 As there are no Pike in the lakes at Ealing, and the Perch are only small, we were able to use light fluorocarbon leaders, using 0.5g jigheads rigged with Berkley Power Maggots and Maxi Bloodworms, or drop-shotting with the same soft baits. 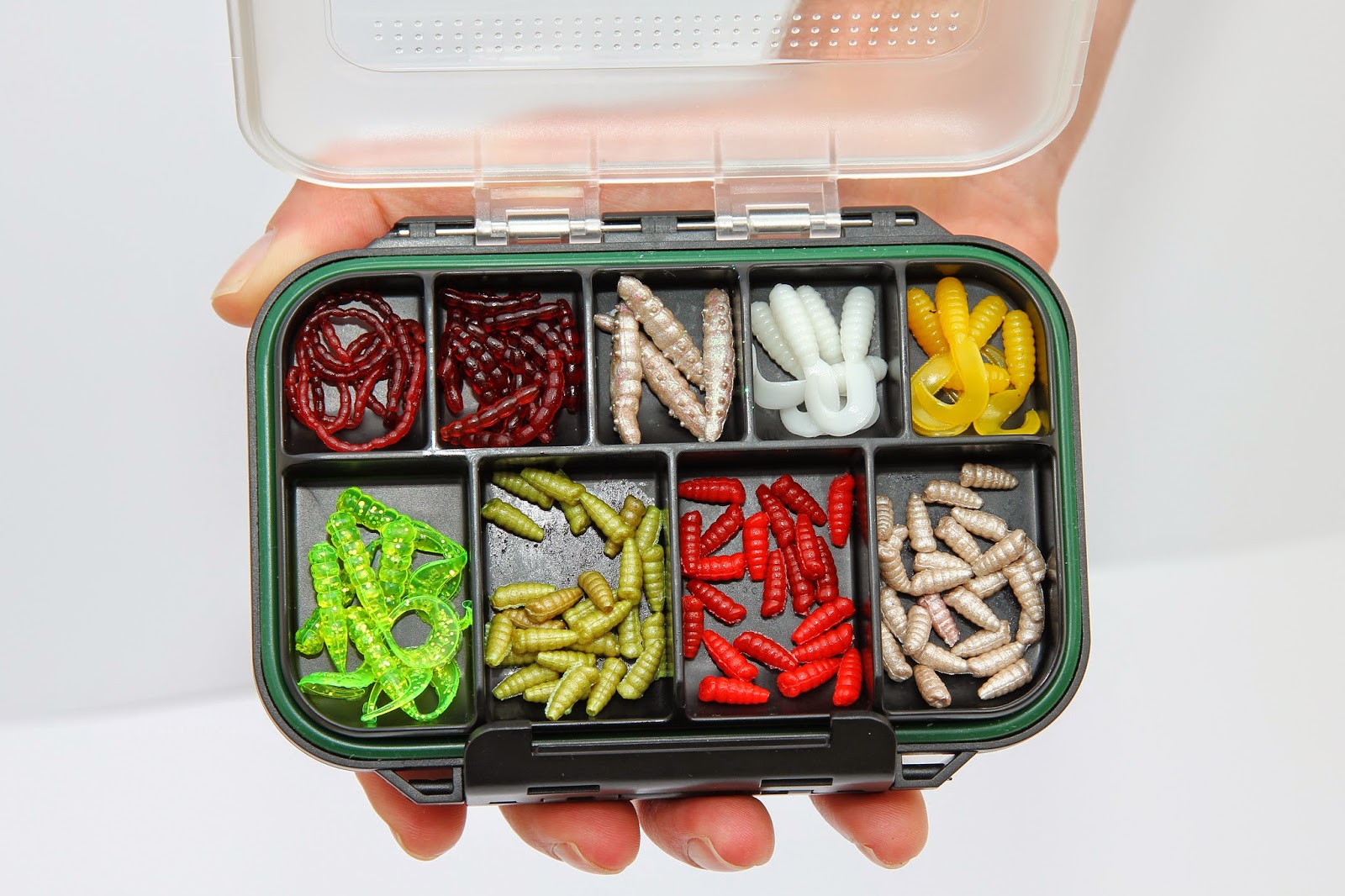 Every participant really enjoyed trying lure fishing for the first time, and everybody caught a fish, many of which was their first! We caught a real mixture of species, including Goldfish! 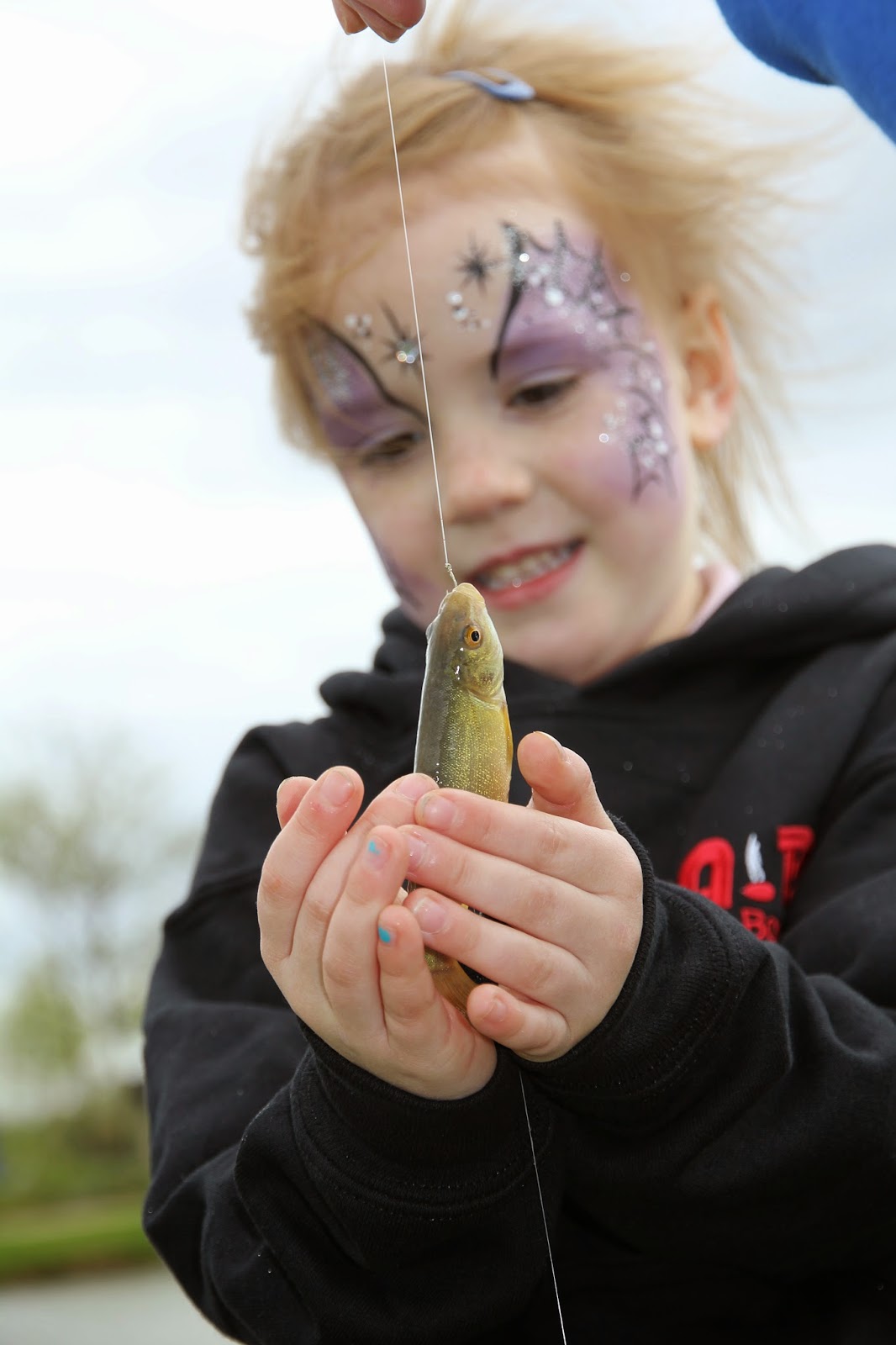 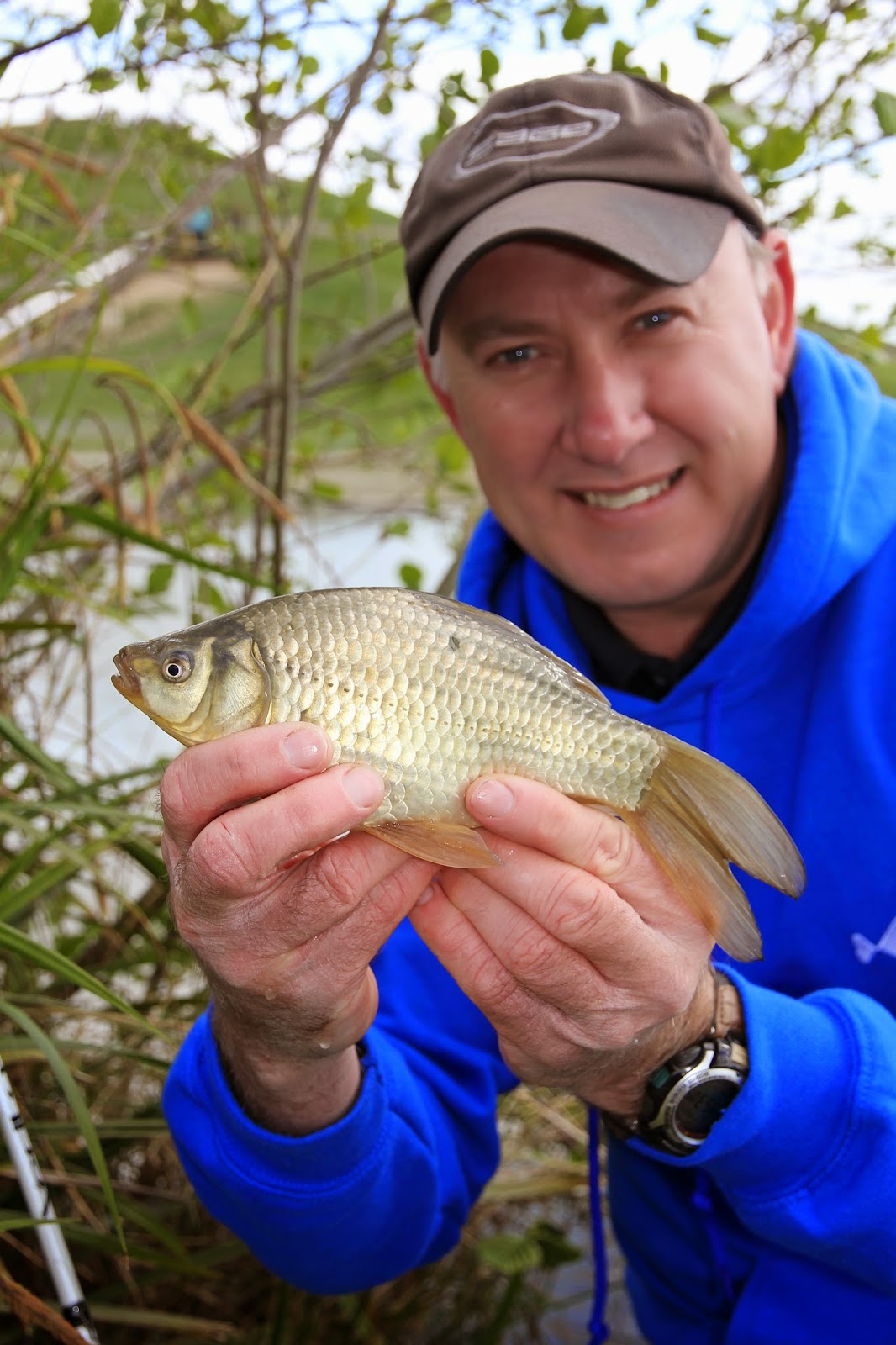 Finally, we managed to squeeze in an afternoon flyfishing for Carp on a local gravel pit, which is awesome fun if you've never tried it, and our favourite way to catch Carp. Using Mixer flies made from Deer hair that my Dad ties, we caught 3 to 17lb 7oz. 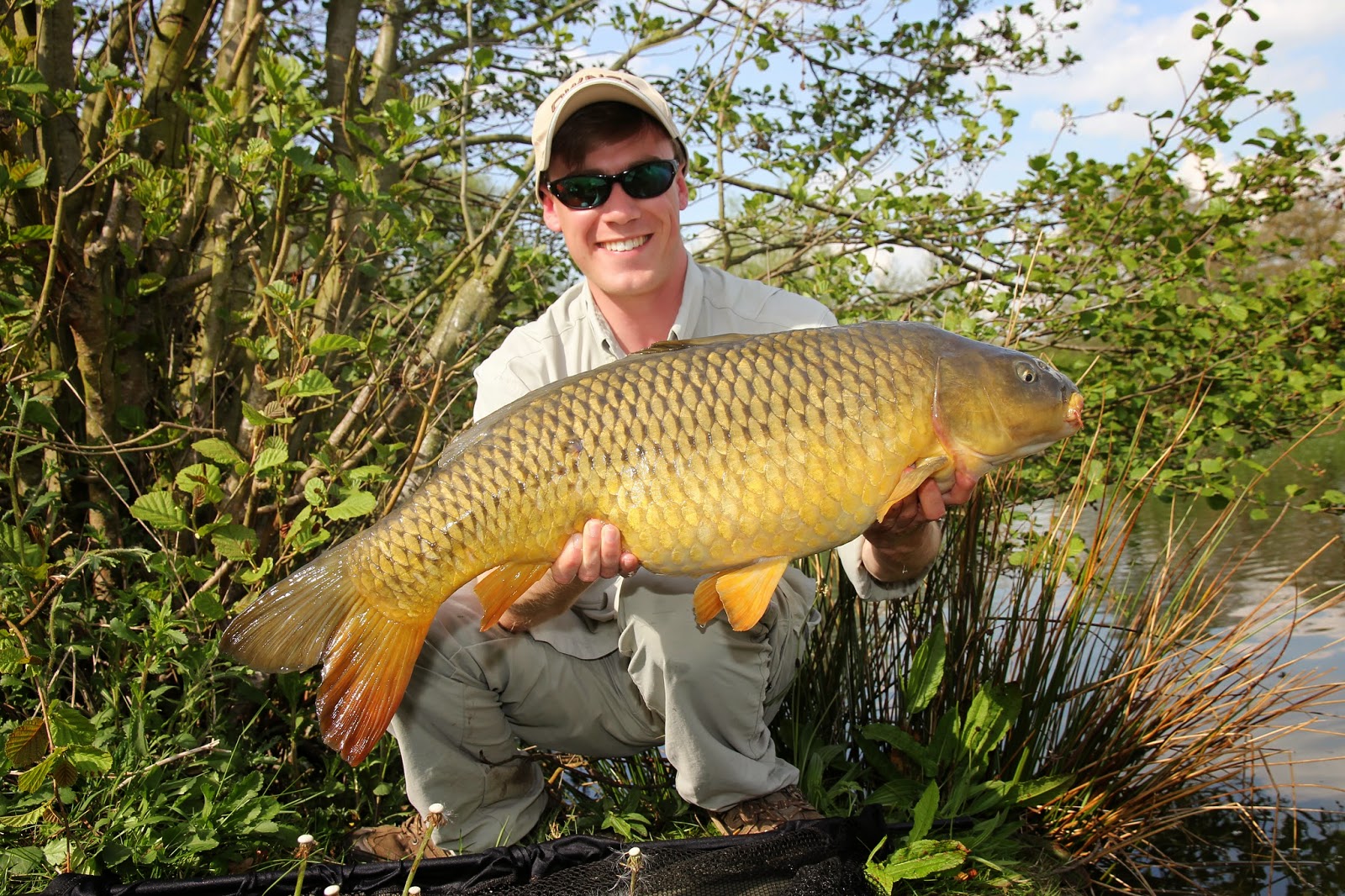 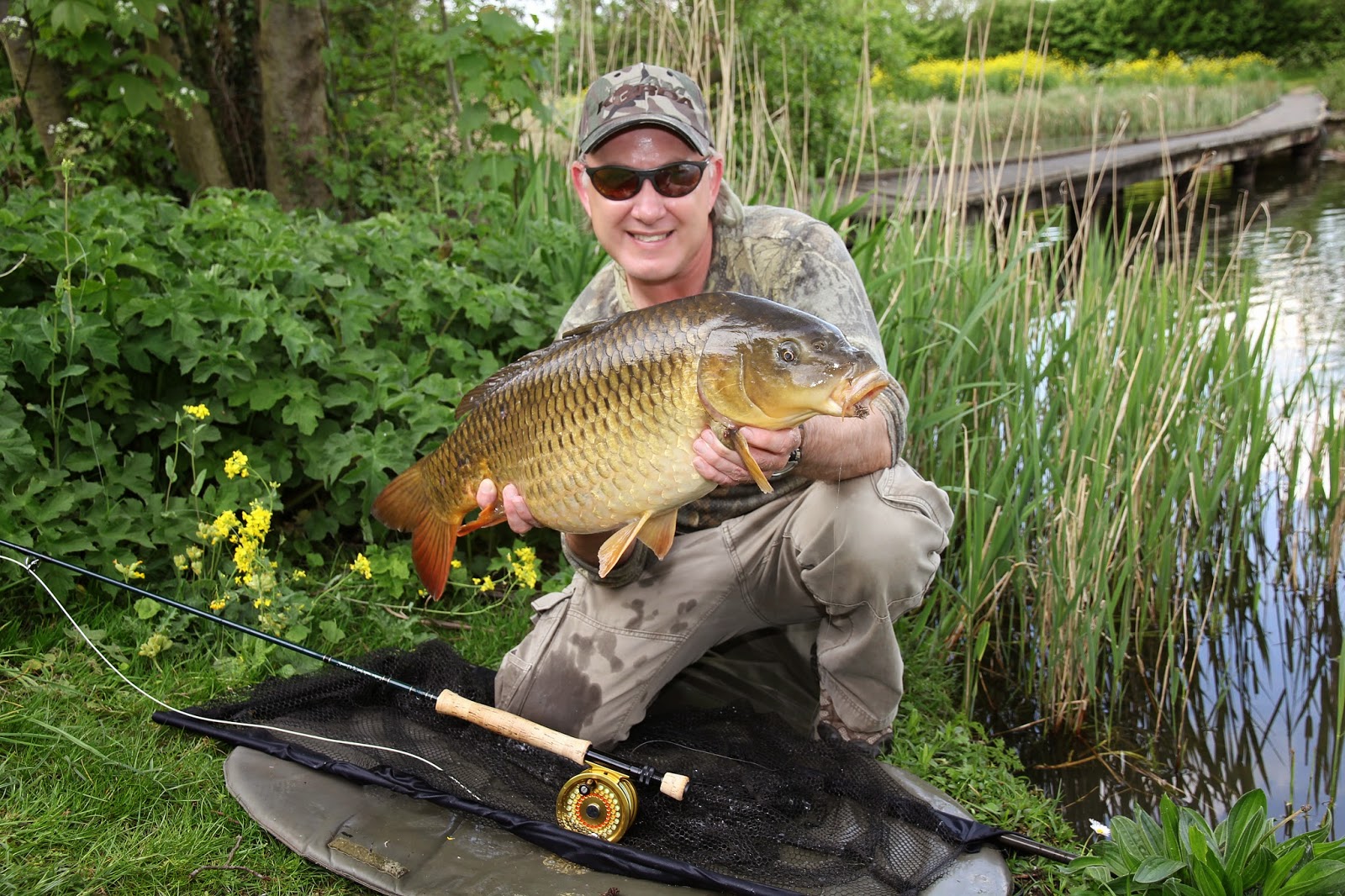