From one fishing extreme to the other 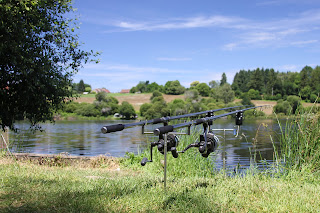 Not all fishing trips go to plan. A year or so ago, a week's Carp fishing in France was organised as a get-together to celebrate my Dad's 50th birthday, along with his long-time fishing friends Paul Henson, Nick Upton and Andy Anastasiou, who were also 50 this year, as well as my Mum. Andy's son, Elliott, his partner, Katherine, Paul's partner, Claire and friends, Ian Pullinger and his Dad John also came along. 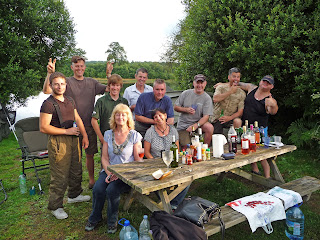 Although Dad and I didn't fish the first night, as we were too tired, Nick and Paul did, and both landed a nice Catfish each. So things were looking good and we were confident more fish would be banked. But after a couple of nights, and no more runs, something didn't seem quite right, especially when, one by one, fish were starting to appear on the surface, distressed or dead. It wasn't until the fourth day that the first and only Carp of the trip was caught by Paul, weighing 34lb 4oz, and even this fish didn't look well. At the start of the week Elliot and I caught quite a few small Pike and one Perch on lures, but basically, by the end of the week, there were fish of all species and sizes laying dead on the surface. We all couldn't believe it - we're not 100% sure what the problem was but it was probably to do with a massive oxygen depletion due to dying weed. It was a terrible shame to see so many fantastic fish die.

Despite the fishing, we had a good laugh and enjoyed Andy and Katherine's fantastic barbecues.

Whilst I was in France the Angling Times kindly published a feature I'd written about a great session my Dad and I had lure fishing for Chub a few weeks ago, just after the season opened. 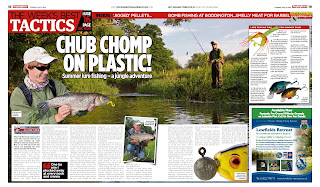 Three weeks ago I fished in the Airflo International Midlands Final, representing the England Youth Anglian Team, on Grafham. Despite returning from France late Saturday night, just a few hours later I was afloat in the middle of Grafham, practising for the match, along with my boat partner - my Mum! My Dad was too tired to fish as he had driven for 11 hours virtually non-stop the day before. The fishing wasn't easy but I managed to catch a few, whilst my Mum sat through the rain reading soggy OK! magazines, and by the evening I had a good idea of what patterns, tactics and locations to try across the lake on match day. 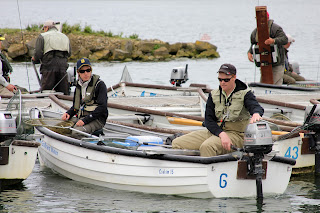 My boat partner the next day was Phil Shaw-Browne, a member of the Hanningfield team. I opted to fish the washing line on a slow-glass, with two Diawl Bachs on the droppers and an olive booby on the point, whilst Phil started with a Di5 sweep and two blobs on a short leader. The fish seemed to be feeding heavily on pin fry from Gaynes, all along the Dam, right up to the Willows, as well as a few other spots along the North Shore. After a good start, the fishing seemed to get much tougher, especially as the day went on, and I lost a few fish too, some frustratingly close to the net. I caught 6 fish for 16lb 5oz. Phil also caught 6 too. Unfortunately, our team was well out of range from qualification, but well done to those teams that did qualify, including Hanningfield! Well done to Adam Worker from our team too for catching the biggest fish of the match, weighing 6lb 2oz. 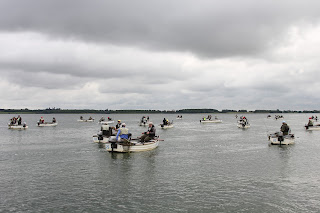 A few days later I returned to Grafham with my Dad hoping to fly fish for Zander. When we arrived, the rain was almost horizontal in our faces as the wind hacked in to the harbour. We sat in the car for about half an hour unsure about whether to go out or not, but seeing as we were already there it would be pointless not to give it a try. Even John Mees, the head warden at Grafham, suggested we shouldn't bother!

Putting up with the weather turned out to be the right decision. Dad caught a fish of around 7lbs on his very first cast of the day. His second resulted in another of a similar size. I then caught 3 quickly up to around 9lbs. We gave it about an hour until the bites dried up, then moved on.

Nearly every area we tried resulted in some action. The Zander were in a greedy mood, whacking our flies as if they hadn't eaten for a while. 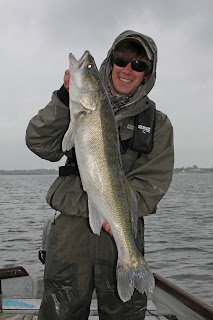 After trying many areas, by the end of the day, we'd boated 41 Zander to 12lb 4oz, plus we also hooked and lost a few. My Dad caught the biggest fish of the day, as well as a nice Rainbow of around 4lbs. It had been an unbelieveable session, catching fish from the very start right up until the very end of the day. 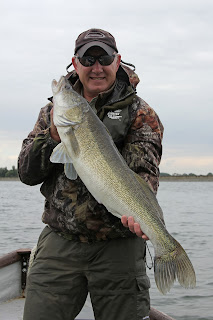 For many years, even before I caught my first Zander, my Dad had talked about flyfishing for them to a long time friend that he'd known since he was a young boy - Jack Simpson, owner of Simpson's of Turnford tackle shop and top worldwide flyfishing guide. So it seemed like the ideal time to go with him!

About a week later we were back on Grafham, hoping Jack would catch his first Zander on the fly. My Dad and I shared a rod, taking it in turns to fish, as casting heavy lines with big flies can be quite hazardous. My Dad was the first to hook up and catch a Zed, but it wasn't long after that Jack hooked and caught what he'd come for - a nice Zander of around 7lb 8oz. 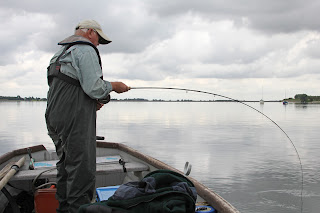 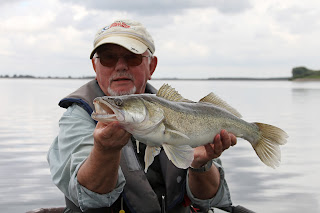 We tried many spots throughout the day, and although it hadn't fished nowhere near the same as the previous trip, we still had a great day's fishing, landing 13 Zander and losing a few between us. 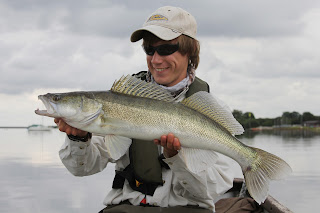 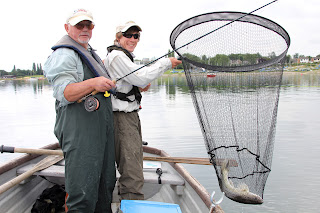 My Dad caught the biggest fish of the day, weighing 10lb exactly, plus a long, lean Rainbow, which if it had some weight to it probably would have weighed over 6lbs. 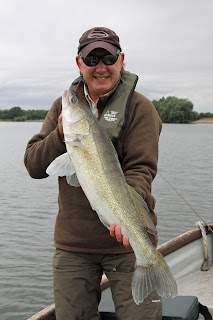 Jack was also unlucky as he had an enormous Brownie, that we estimated well over 10lbs follow him right to the boat! My Dad and I sometimes get follows from big Browns when using Zander flies, but they're not stupid and turn away at the last minute!

It had been my first time fishing with Jack and we'd had a great time, lots of banter plus some great fishing stories, especially about the Florida Keys and Cuba. 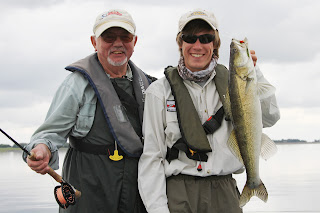 The following morning, it was back in the car for a trip to Ravensthorpe for the England Youth Flyfishing Team's last training session before next week's International on Lough Owel in Ireland. The conditions couldn't have been much worse being so bright and calm and because of this, the fishing was very hard. I stuck it out for most of the day trying to catch fish on dries, as there were plenty moving on top, but I only caught 3 on CDC Shuttlecock Buzzers. The best method though seemed to be pulling tequila blobs, cat boobies and woofta boobies, especially around the boils. We had a great barbecue and Phil Longstaff gave us our last briefing before heading off to Ireland, which I'm now really looking forward to. Come on England!! 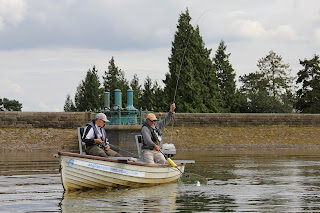