A sizzling start to the new season! 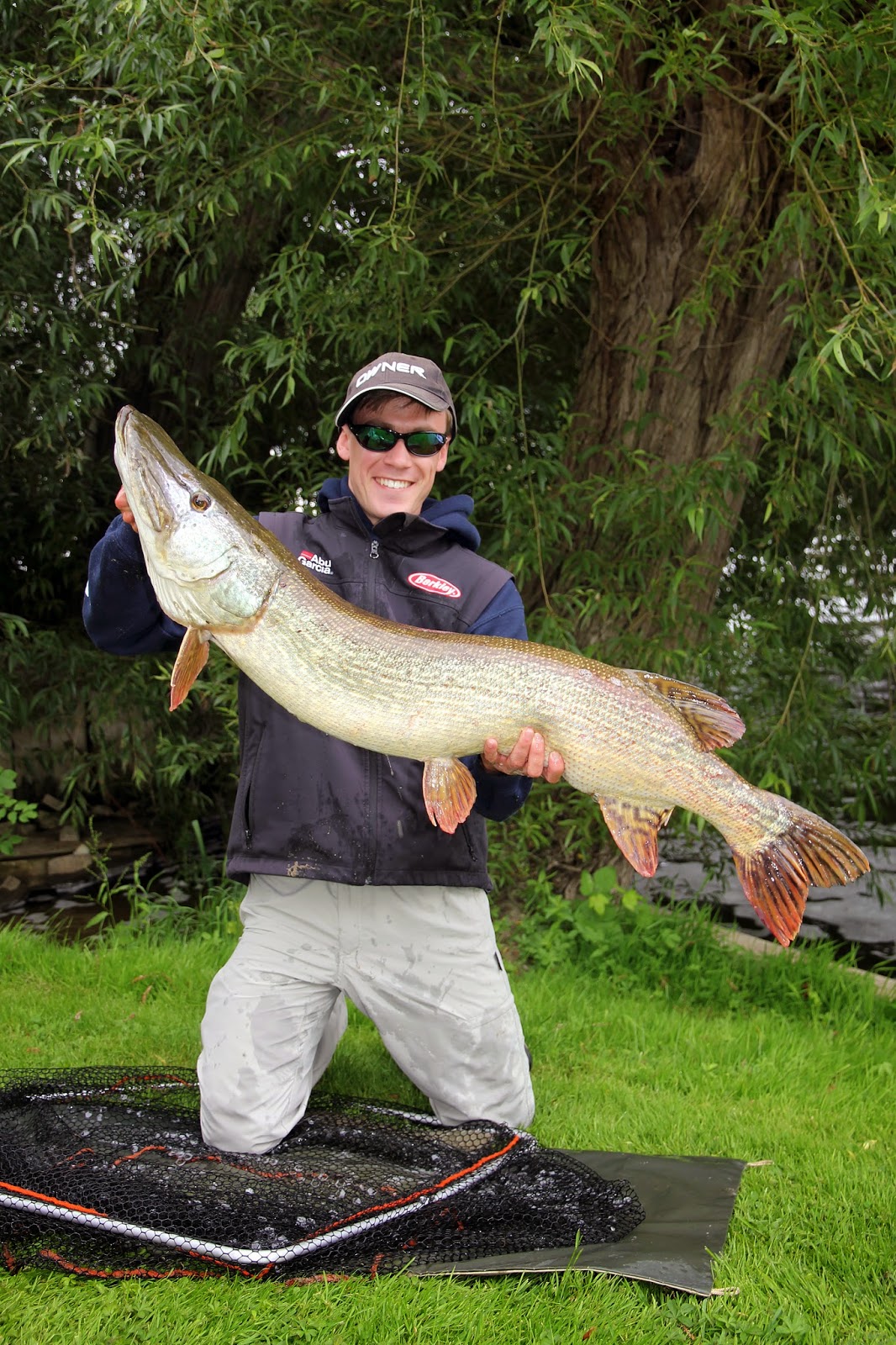 For the past few years, my Dad and I have always talked about spending June 16th afloat on the River Thames, but somehow, we'd never got round to it! Last year we decided to stay local and concentrated on the River Lea, trying to catch as many different species as we could on lures, and prior to 2013 June 16th always fell on a college day or school day, which was very frustrating! This year though, we were determined to fish the Thames and with recent rainfall freshening up rivers, prospects looked great for the opening day. 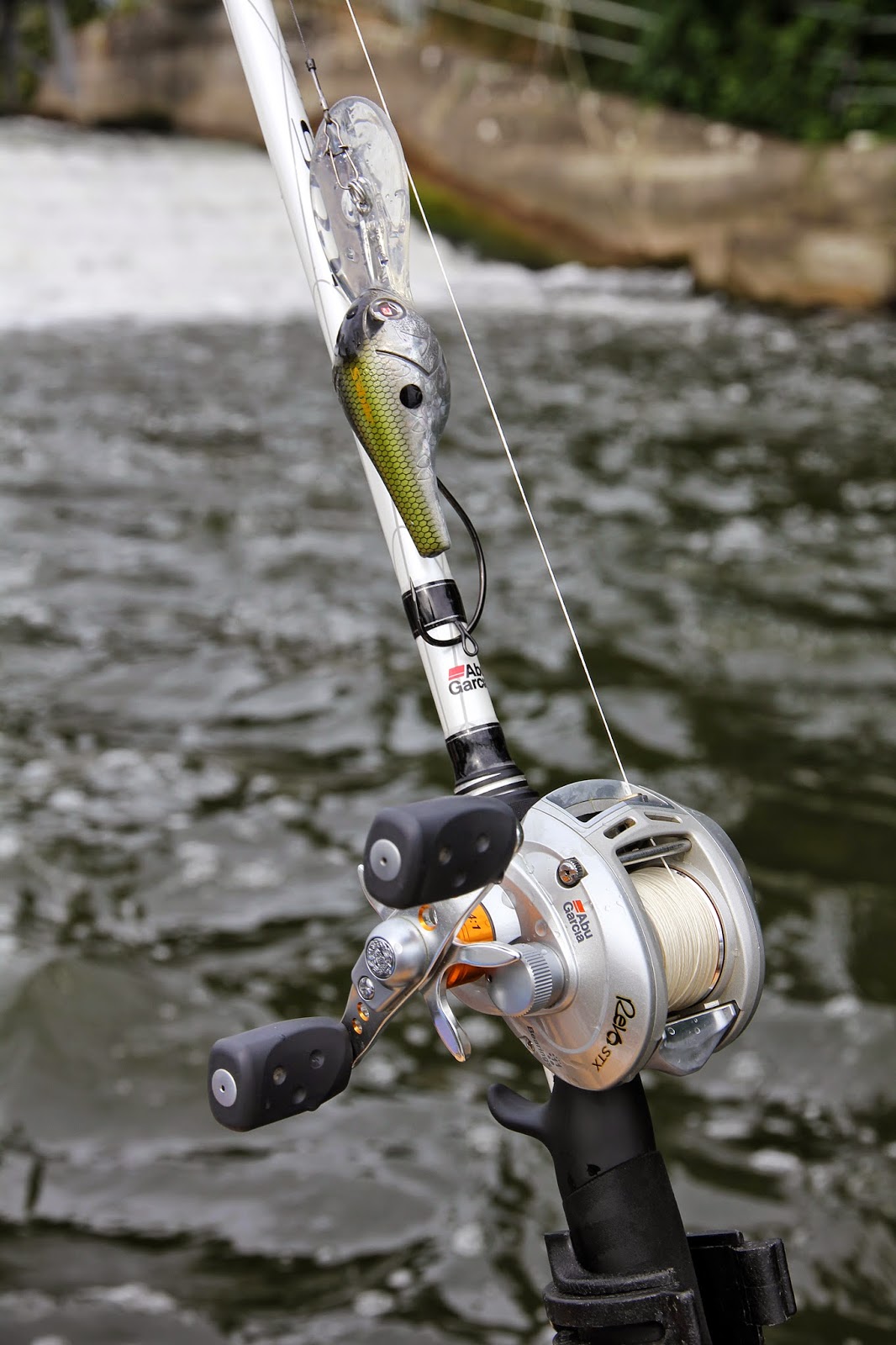 However, June 16th was on a Monday this year and 4am obviously wasn't early enough to set off, as we got stuck in heavy traffic on the M25, and after cleaning up the boat before fishing (as we hadn't taken it on the water since before Christmas, due to the floods), we didn't get fishing until 10.30am! We were surprised how much water was still going through the river and how coloured it was, with visibility of not much more than 1ft where we were fishing!

Luckily, it didn't take long before we had some action, landing some small jacks, then at around midday, whilst fishing in one of the big weirpools, I caught a Perch of 3lb 4oz on a Berkley Havoc Rocket Craw, Texas rigged on an Owner Ultrahead. 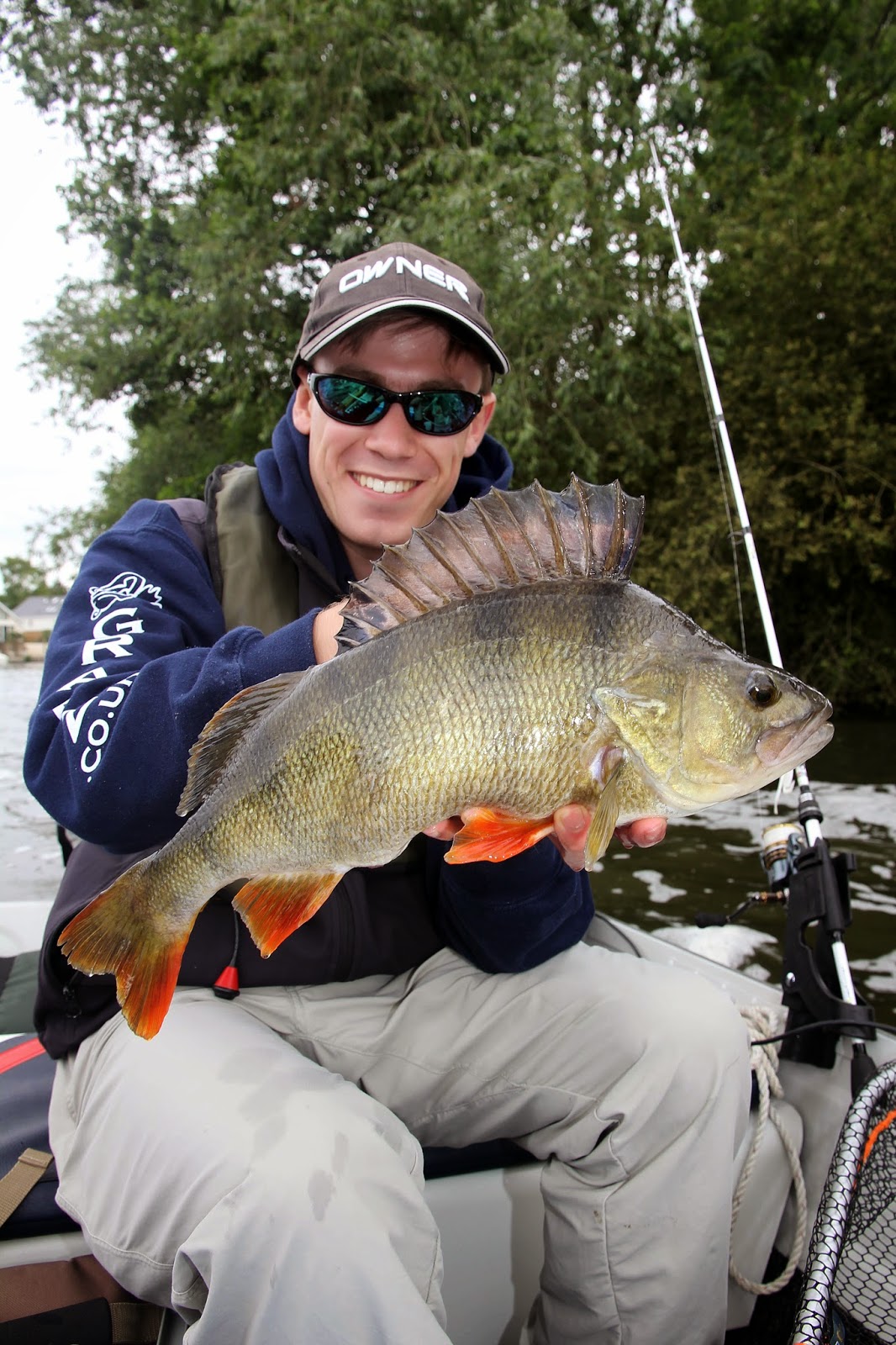 We stayed around for another half hour before venturing off to some other areas, where we caught a few more Pike and Perch. 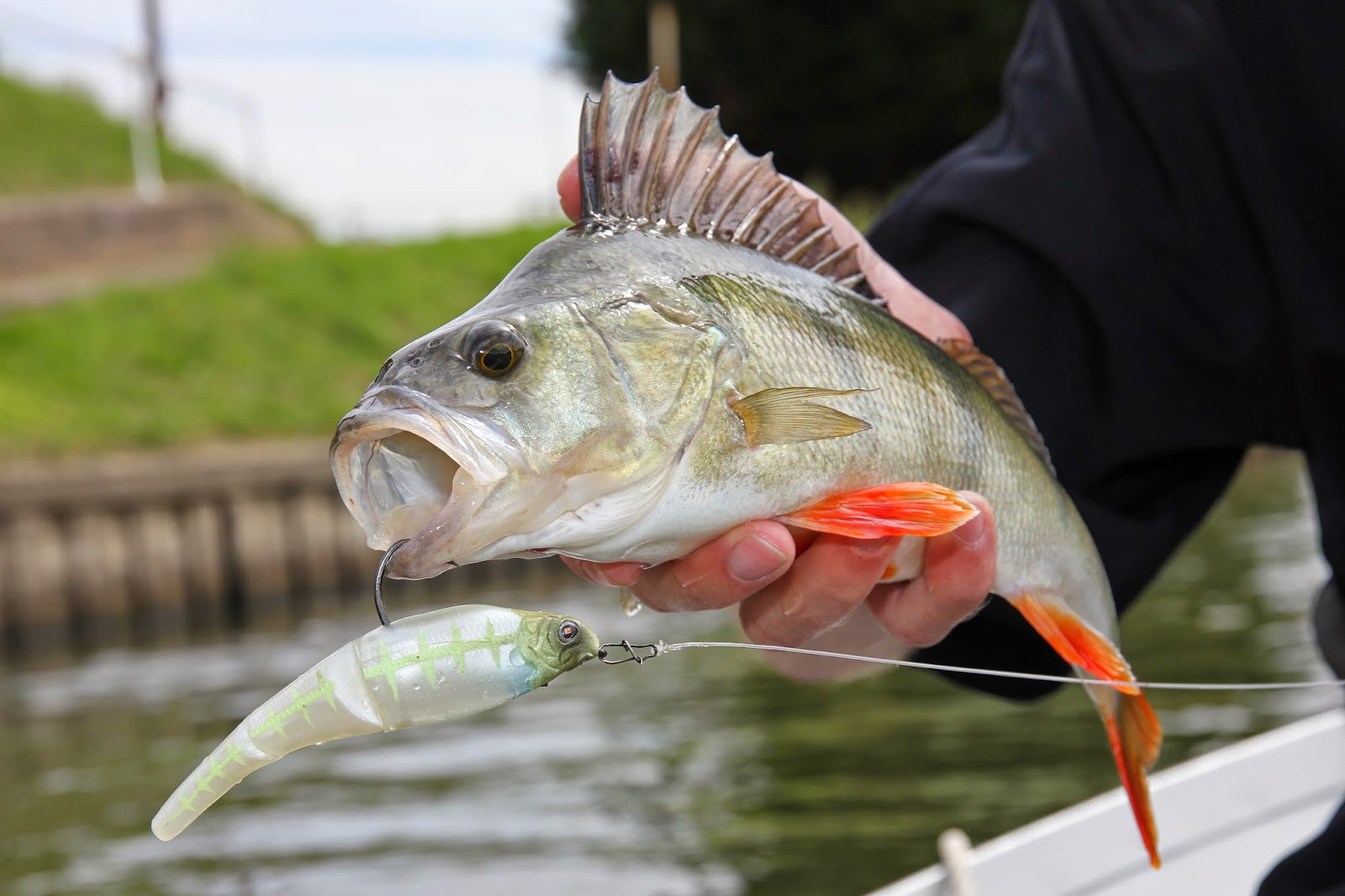 Later on that afternoon we returned to where I'd caught the 3lb 4oz Perch, and at around 6pm I hooked in to what I thought, at first, was the bottom, but it then woke up and I realised I'd hooked a big Pike. The fight was unbelieveable – we were anchored on the edge of some rough whitewater and I was using my Perch set-up - a light 7ft Abu Veritas spinning rod with a 1000 sized reel, loaded with 0.12mm Nanofil, using the same Berkley Havoc Rocket Craw! It fought so hard in the fast current it actually up-anchored the boat, which made for a crazy battle as we quickly drifted downstream! Thankfully though, we got it in the net. One of the owners of a house on the riverside opposite where I'd landed the fish kindly let us weigh and take photos of it in his back garden! He also supplied a tape measure as he was interested in how long it was - it measured 45.5 inches (115.5cm). I just wonder how much it will weigh this coming winter?

I couldn't have asked for a better June 16th, so we had another trip back to the Thames the following week, but this time we decided to fish until around midnight, getting some sleep in on the bankside before setting the alarm on my phone for the crack of dawn and continuing fishing again. This time, the fishing was much harder, and we were really struggling for bites until the next morning. The highlight of that trip for me was catching a Chub an ounce under 5lbs, again on a Rocket Craw! 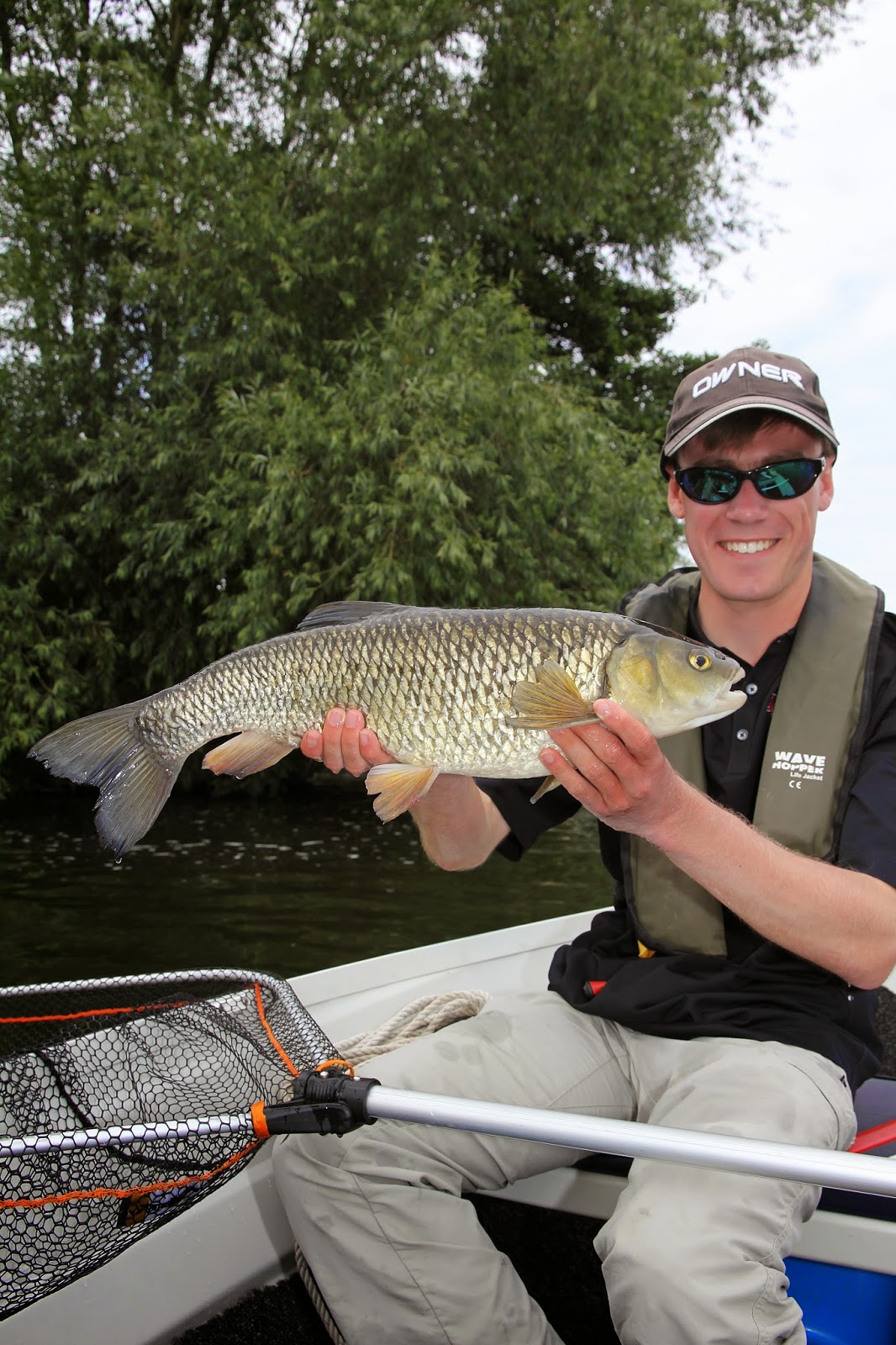 Unfortunately, Dad lost a very big Carp that he stalked on a drop-shotted Berkley Gulp! Earthworm, that could have weighed over 20lbs, but he did land this Pike of 14lb 3oz on a spinnerbait right at the end of the second day. 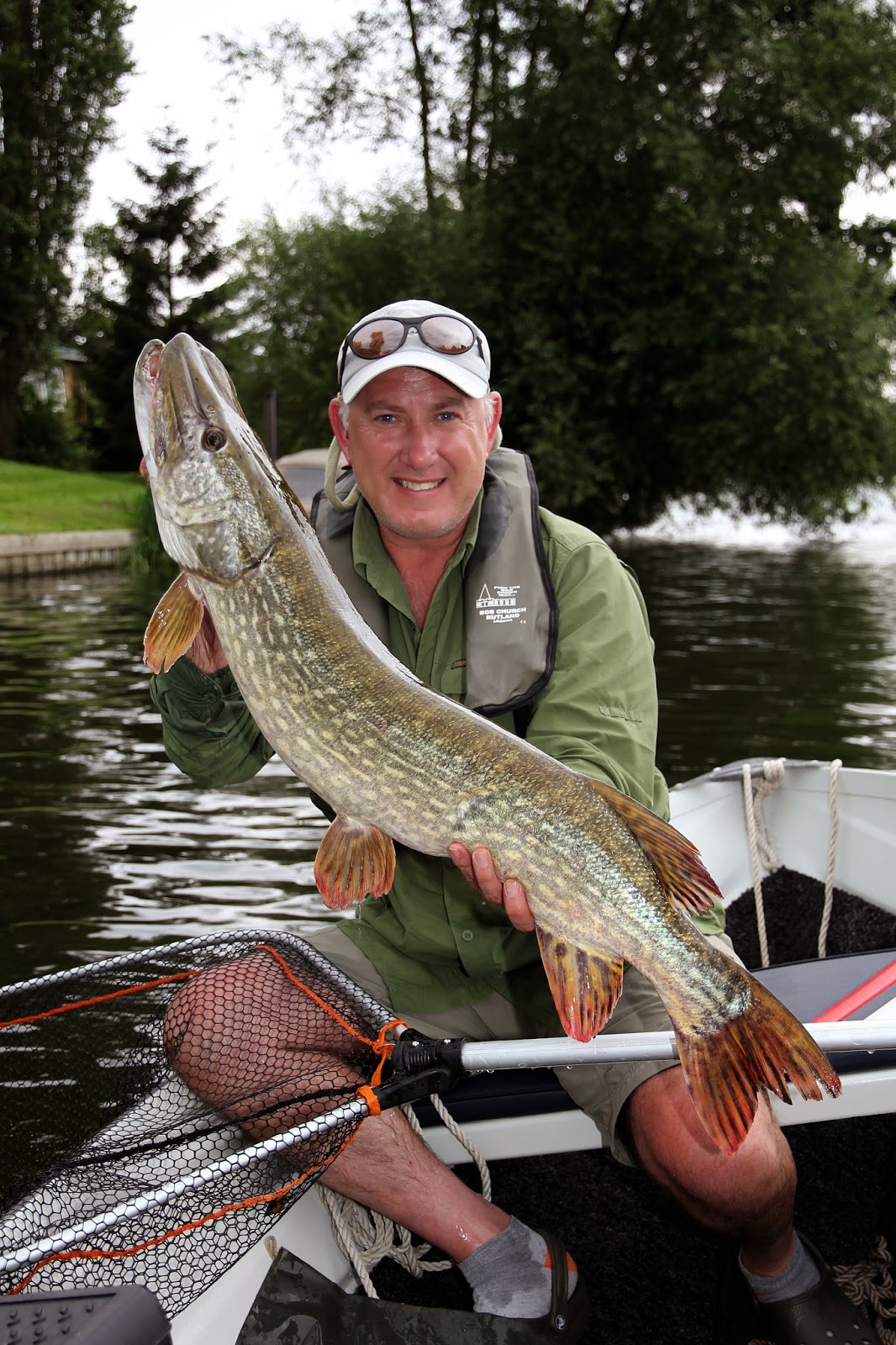 Since then, Dad and I have had a couple of short afternoon/evening trips lure fishing along rivers closer to home, and they've also proved quite challenging. We've managed to catch a few small Pike, Perch and Chub, plus my Dad landed this pretty looking Brown Trout on a small crankbait. 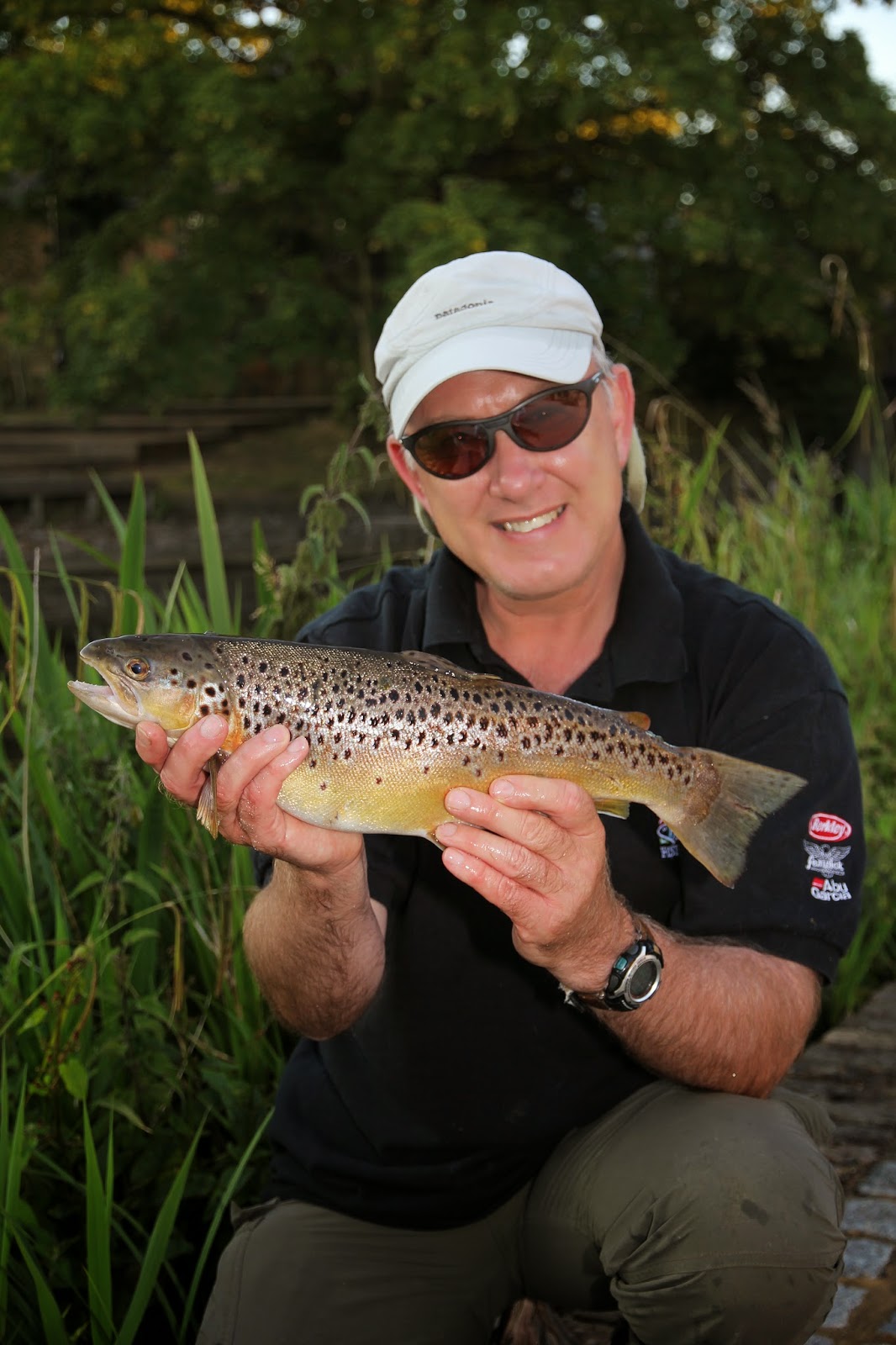 On one evening trip, my Dad spotted what he first thought was a Bleak attacking a feather on the surface, but on closer inspection it turned out to be a tiny Pike struggling to eat a Roach two thirds of it's size! The Pike was trying to swallow the Roach head first and had got it stuck half way down it's throat! Both had a happy ending though and swam off fine - after we managed to separate them! 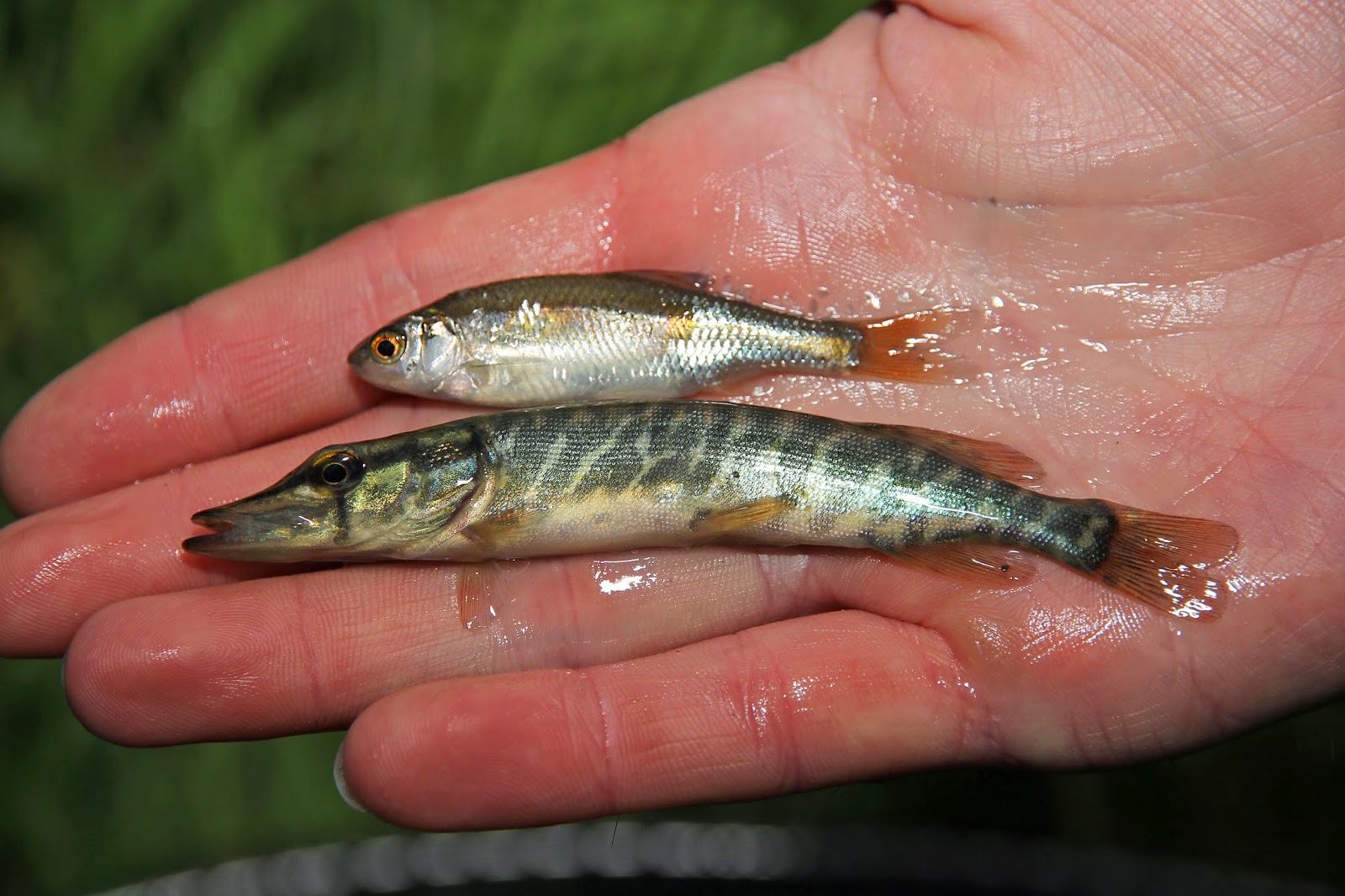 For the past few months, we've both been looking very carefully in to buying a new fishfinder/chartplotter, and after some advice from Dan Brackley and Paul Garner, we decided on buying a Lowrance HDS Gen2 Touch. The very next day after setting it up, we took the unit to Grafham. Using the structurescan was very fascinating - it gives you a completely different dimension to your fishing, viewing features and fish from a birds eye view with the sidescan, and equally detailed images with the downscan. This sidescan image shows a small section of the pipeline that runs between the North Tower and the Dam Tower, which was around 50ft to the left of our boat when we took the shot. 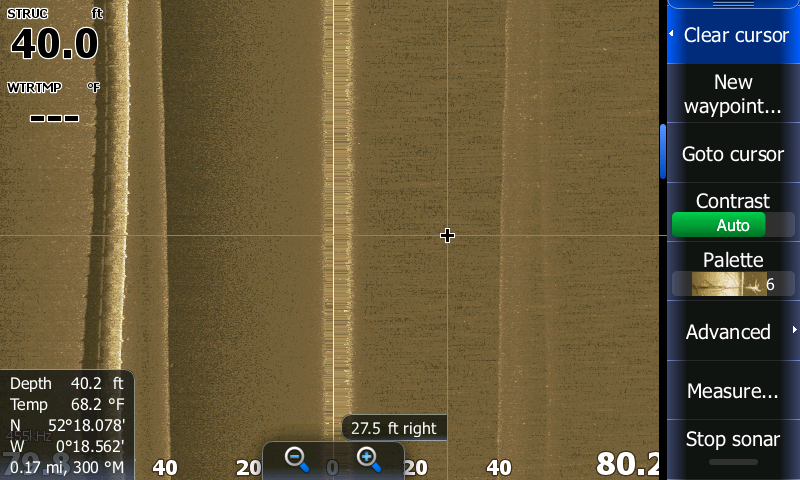 Finding shoals or groups of fish was very exciting - and we also caught a few too! 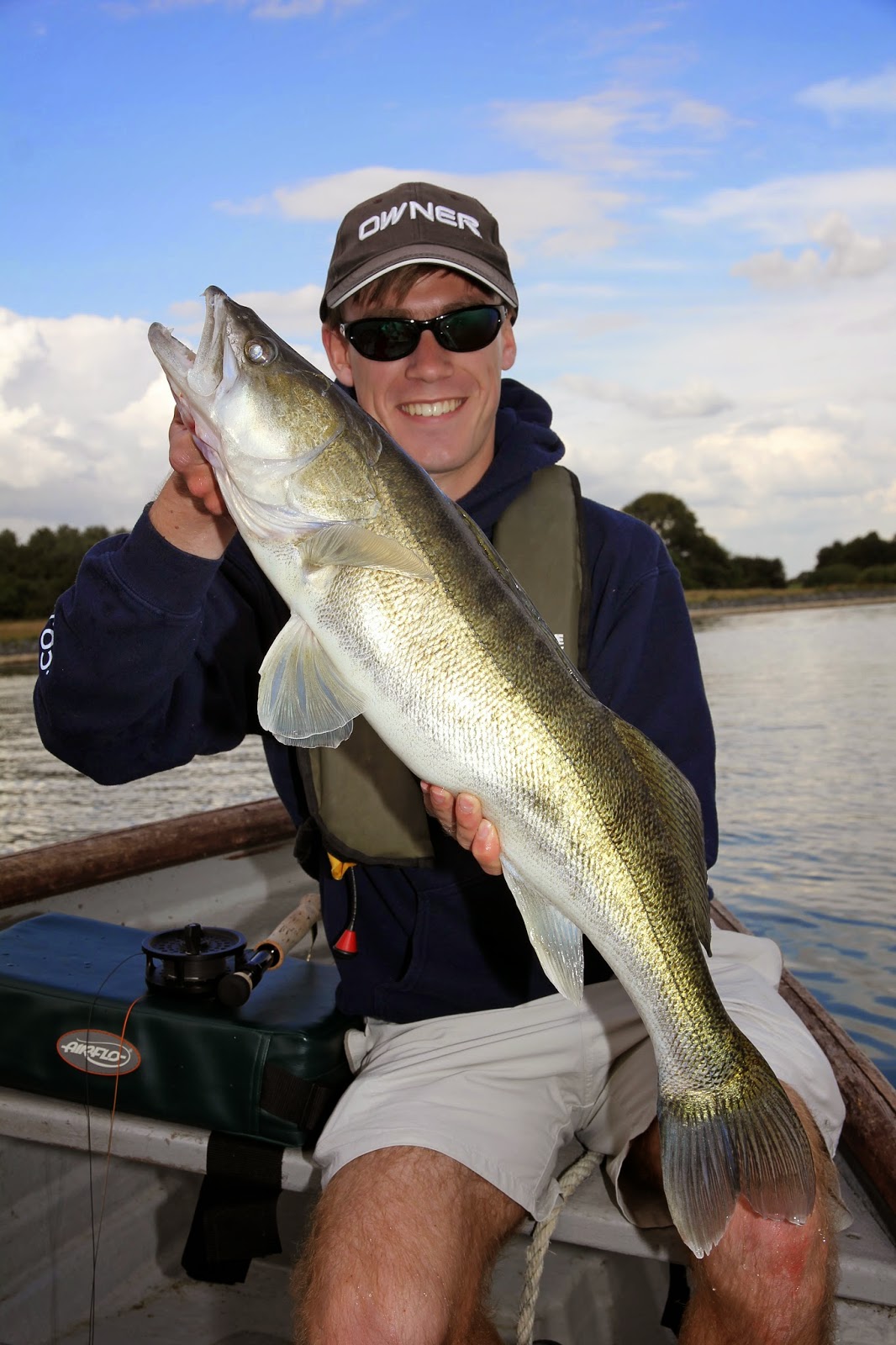 The image below shows a Zander of 9lb 12oz we saw on the sounder, that my Dad cast to and hooked on his second cast. The image shows the Zander taking his fly and most of the fight, although he needed a hand with the net so I had to take the picture whilst he was still fighting it. 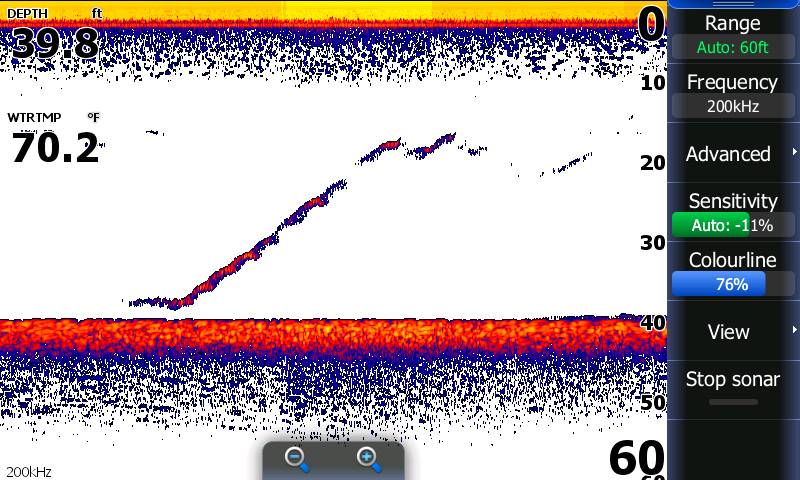 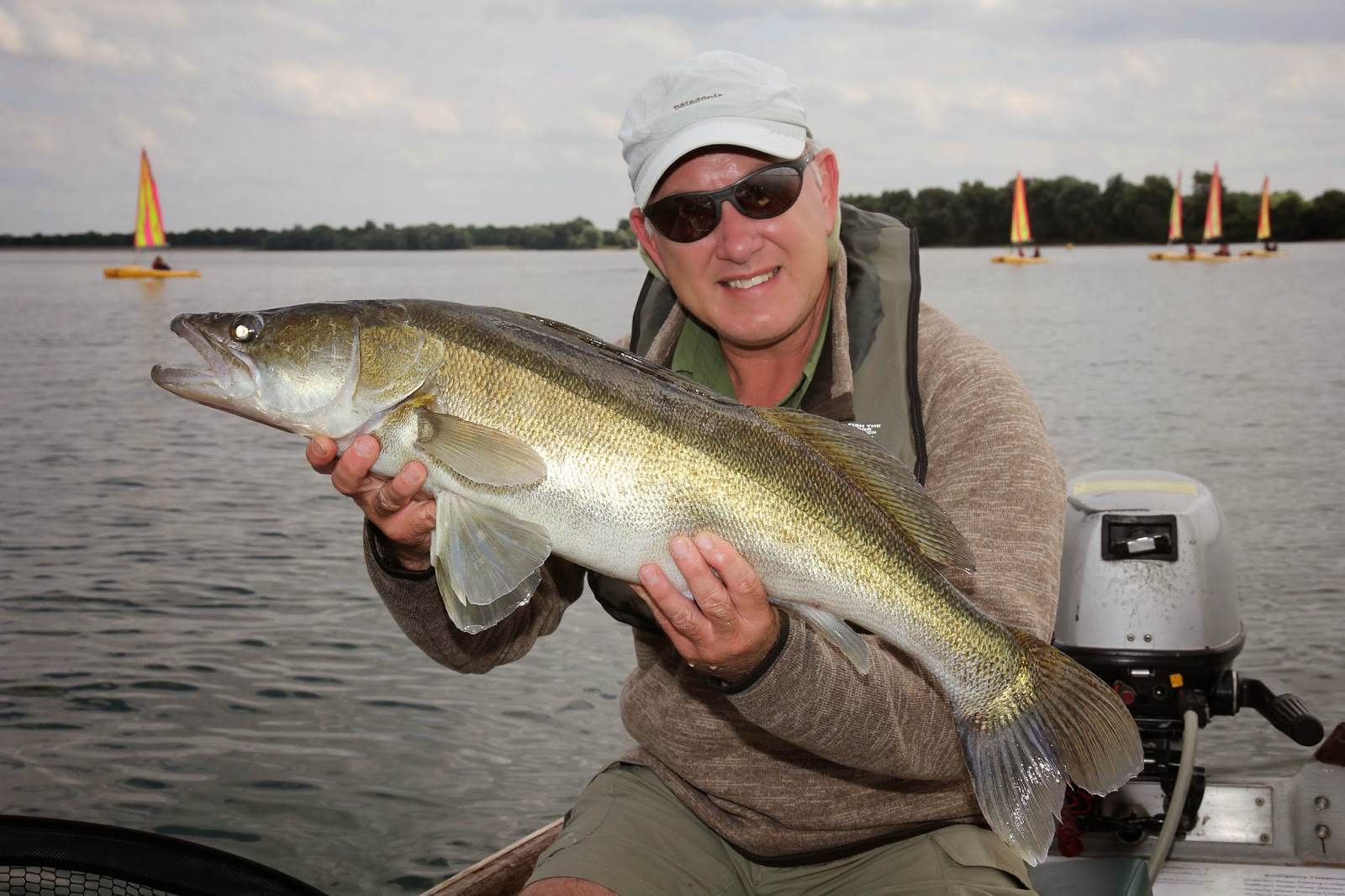 I'm really looking forward to exploring with the unit on other waters, recording data, and learning more about it.

At around this time of year we always seem to pick up some big Roach/Bream Hybrids from Grafham on Pike and Zander flies. They fight really well and Dad caught a cracker of 5lb 14oz on our last trip there. It's not the biggest we've caught there, but still a fantastic looking fish! 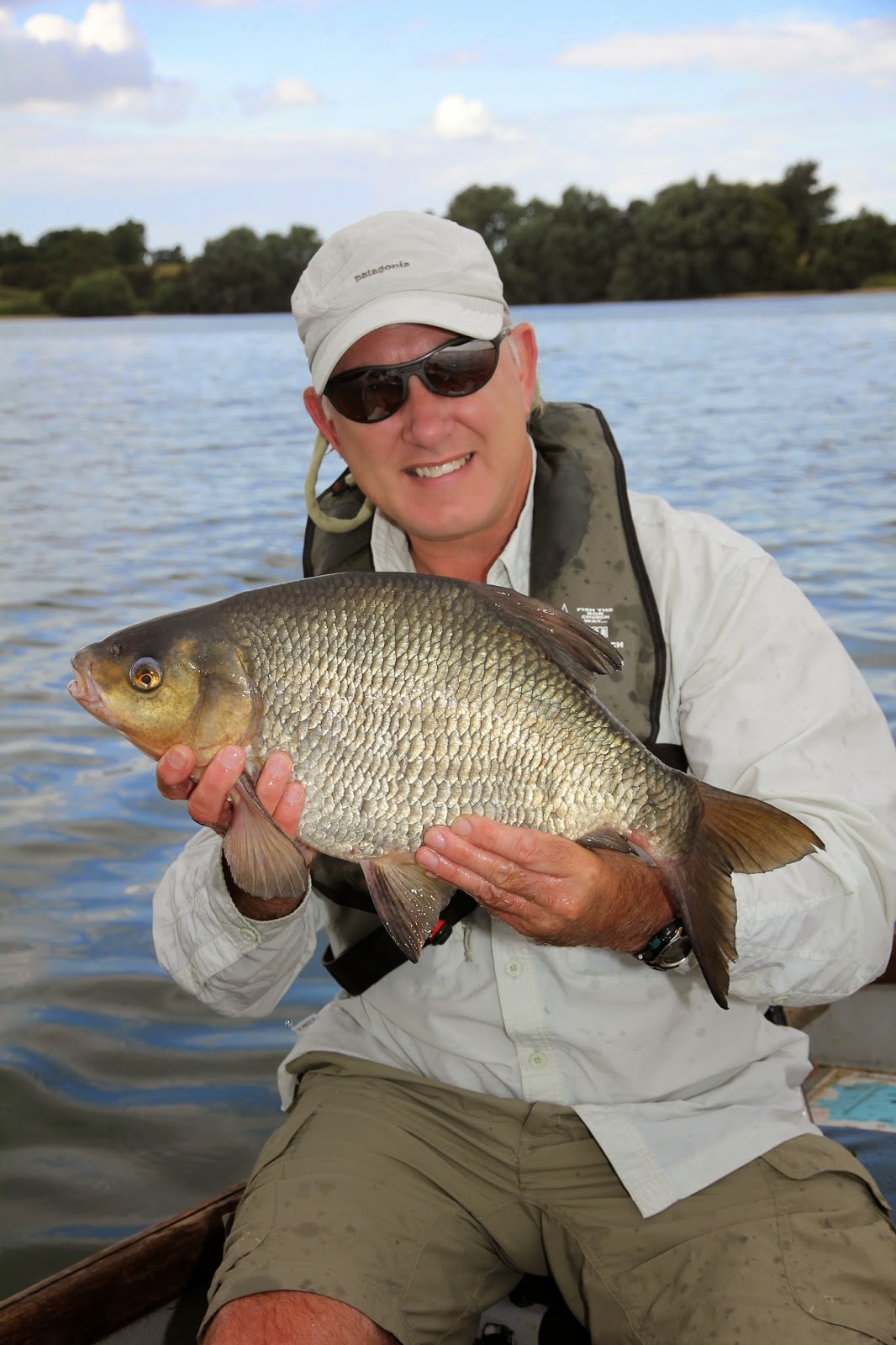 One thing that Grafham often produces is a stunning sunset as you're heading back to the harbour. 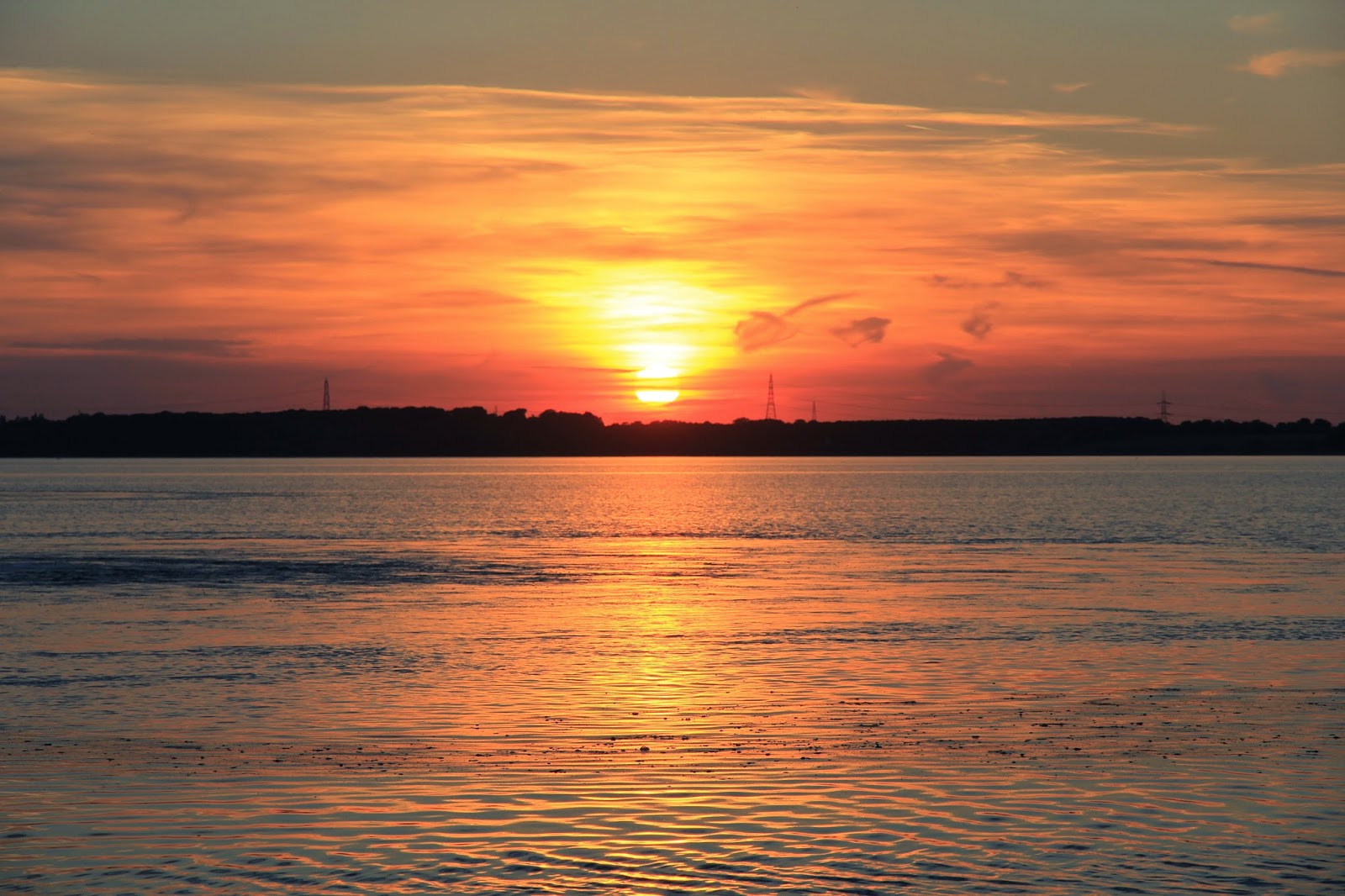 Lastly, I had a great weekend at Fish'O'Mania XXI, showing different lure fishing techniques along with Eric Edwards and my Dad for the charity Get Hooked on Fishing. Conditions were far from perfect for catching predators, just like last year, but a few fish were caught, including a couple on surface lures. Two participants caught their first lure caught Pike on the Abu Rocket Popper and Sébile Splasher popper, which was exciting to watch! 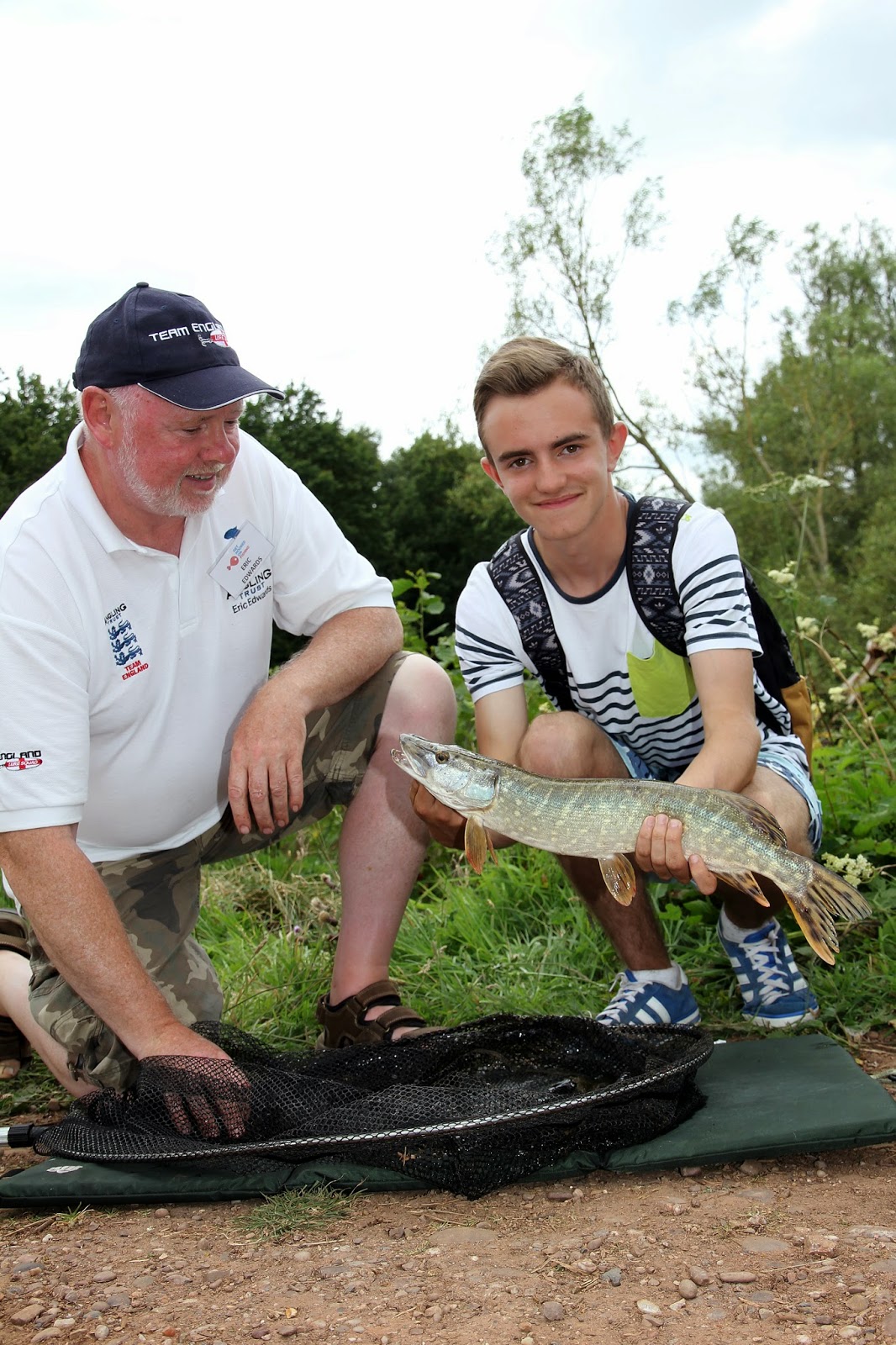 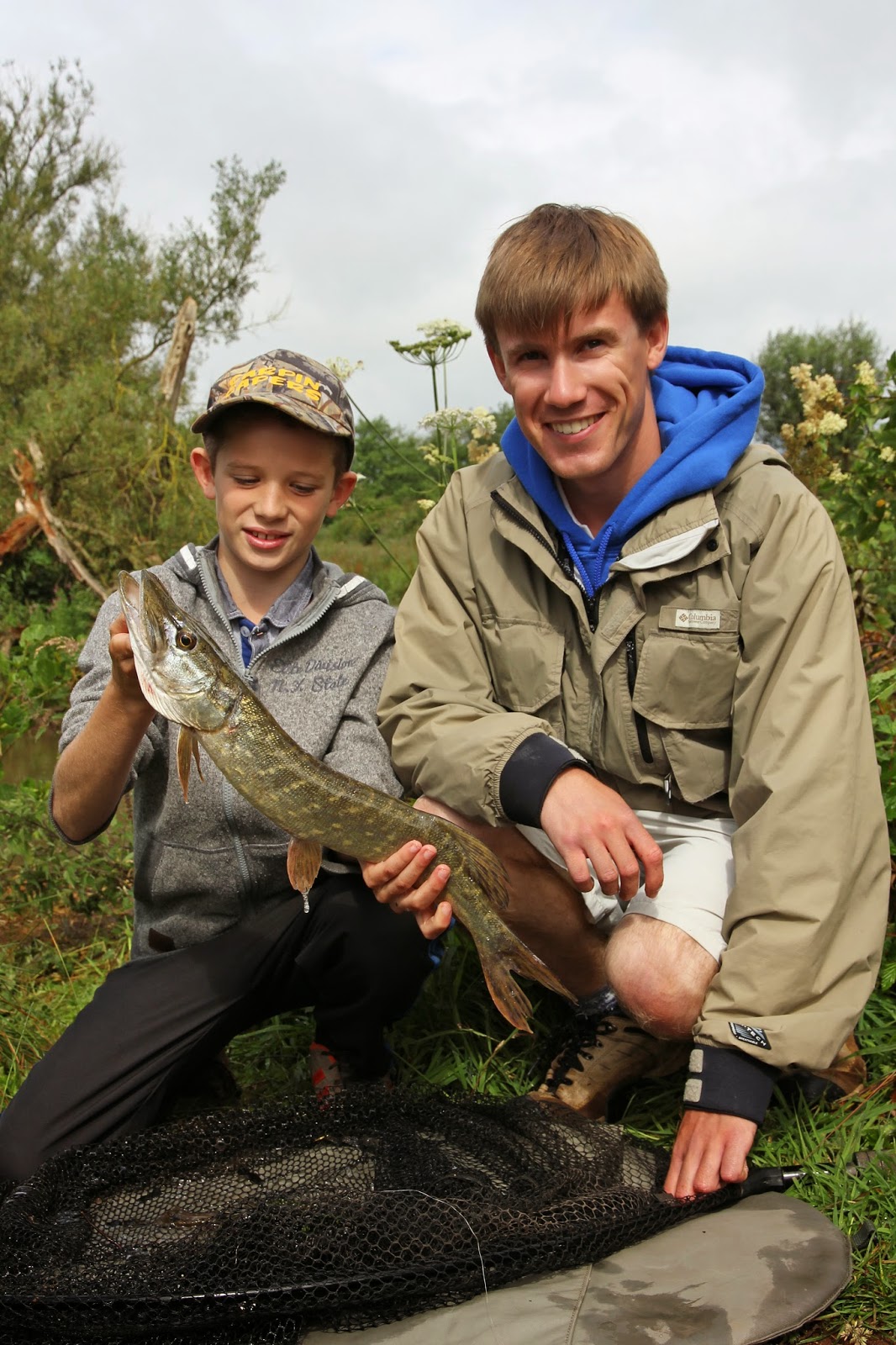 The Essex PAC's RO Sean Ellis' son, Ronnie, caught the only Perch of the weekend on a drop-shot rig. 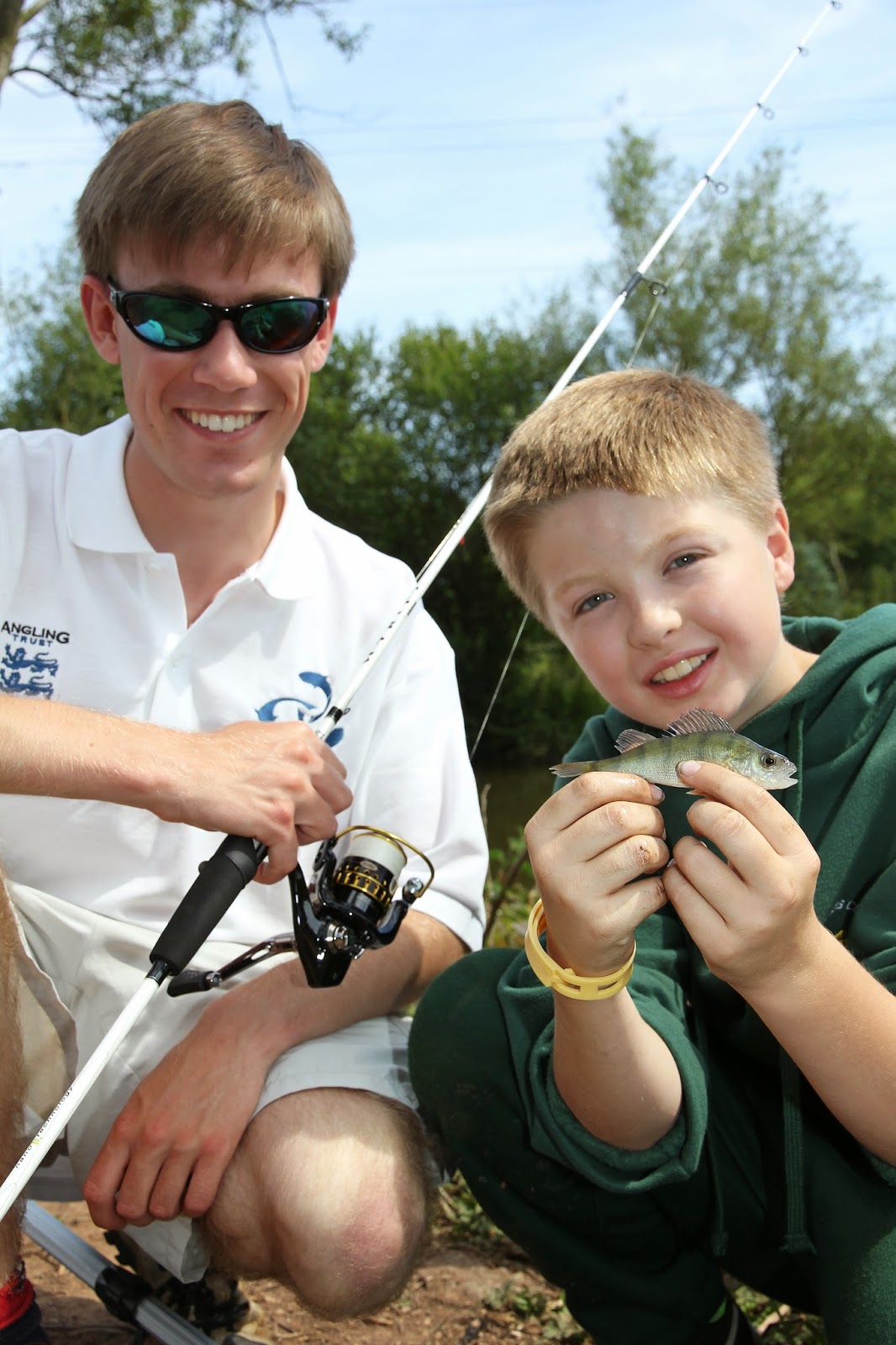 It was great to spend the weekend with Eric and other members of the Pike Anglers Club of Great Britain. Tomorrow Dad and I are going to the CLA Game Fair to show Abu, Berkley and Sébile lures in the lure pool outside the Angling Trust and Get Hooked on Fishing's 'House of Fishing'. The charity will be providing many more fun activities there too, including a fish playing simulator! 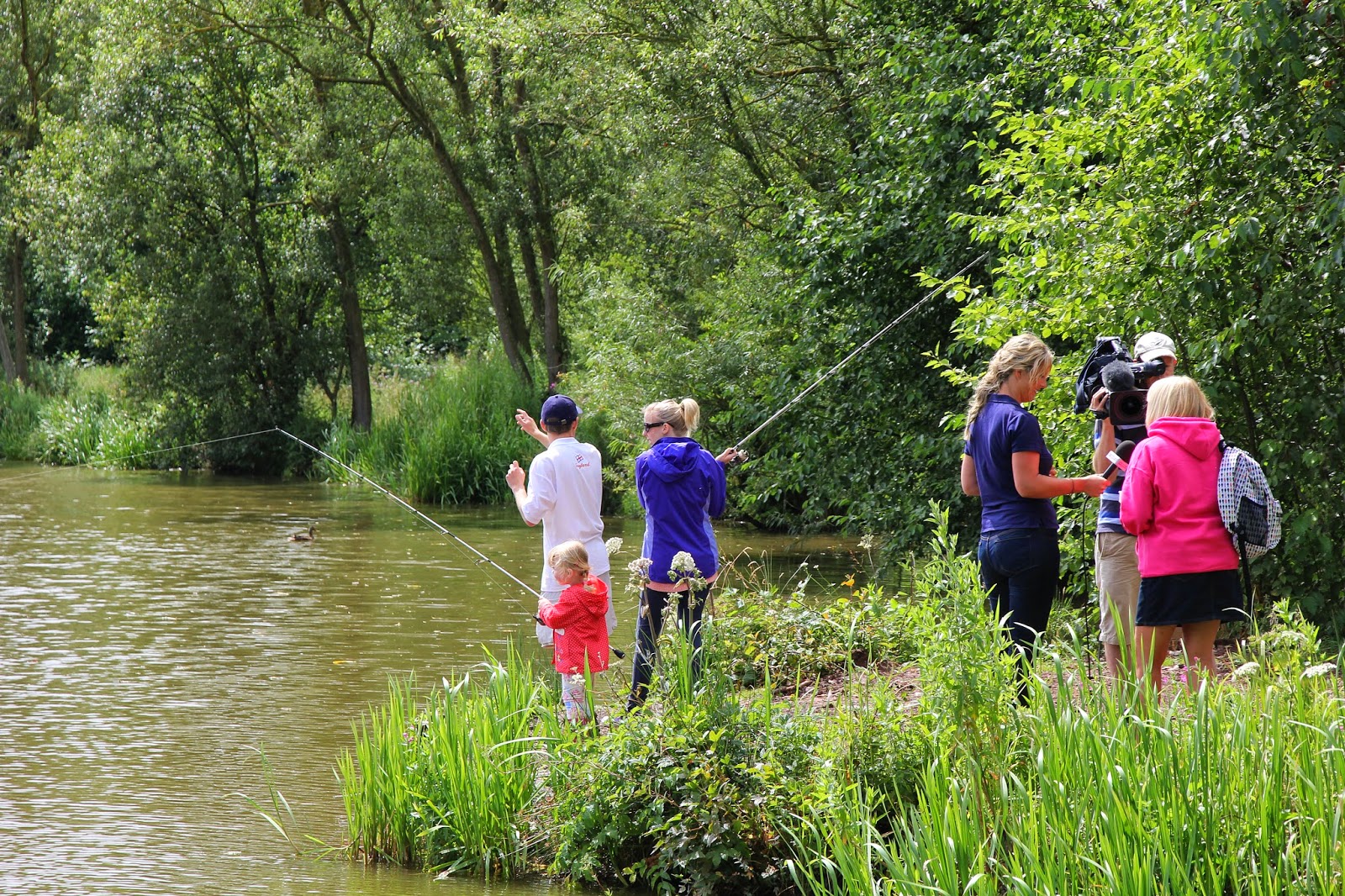