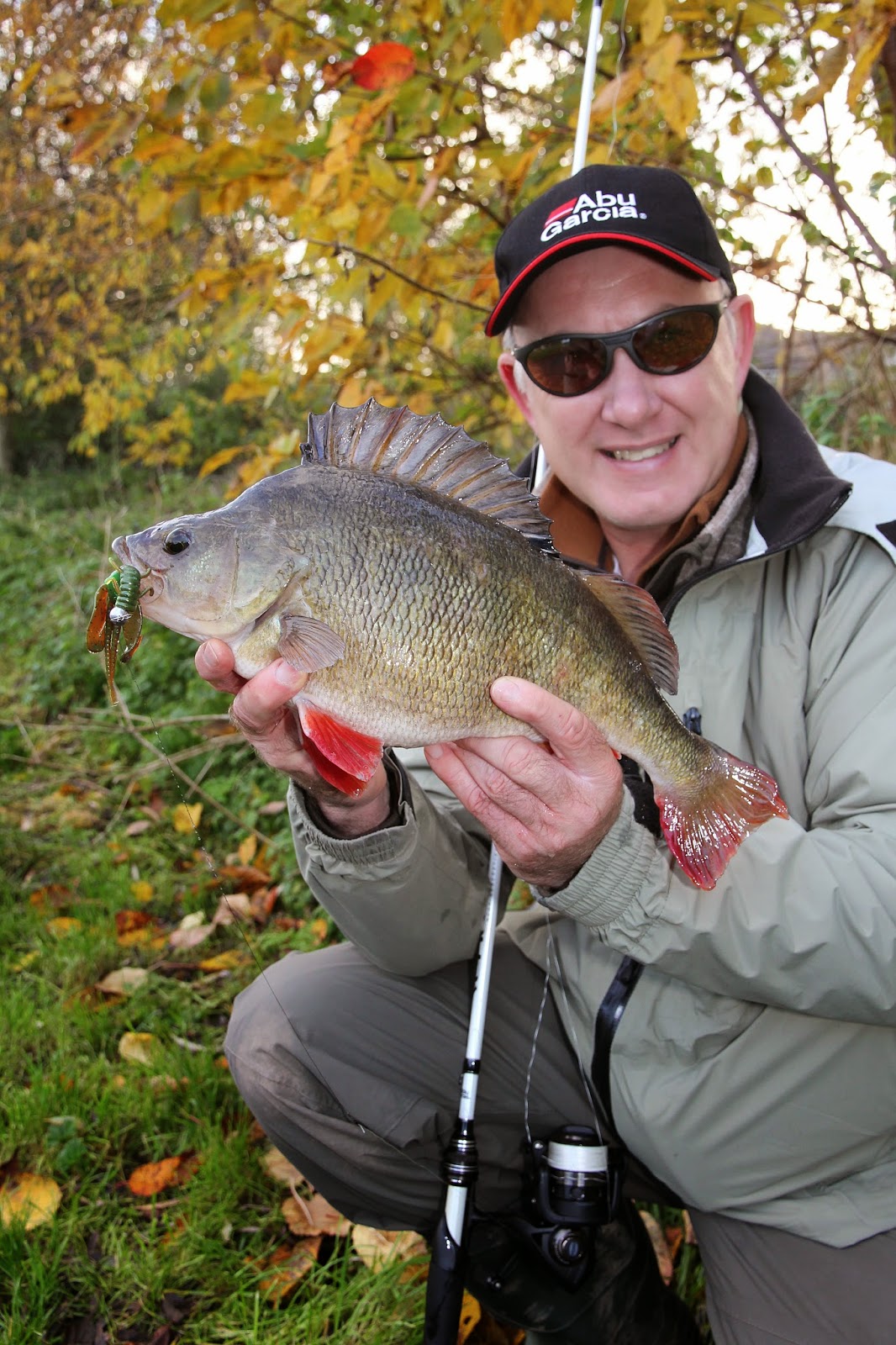 In last month's post, I mentioned that I've been studying for my Level 2 Coaching Course, and as part of the qualification I have to run four sessions to participants, whilst being assessed by a current Level 2 coach. I held my sessions at Get Hooked on Fishing Ealing where James Thornhill, Ealing's Project Manager, watched over me. For the first two sessions my participant was Aaron Sokhi, and for the last two was Michal Dziemianko from the Polish Angler's Association. Prior to the sessions I hadn't fished at Ealing since the last Angling Trust/GHoF Family Fishing event there, and with the weather cooling down significantly since then, the fishing had become harder. Aaron and Michal were great participants, and a big thanks to them for coming along and helping me with my assessment - also thanks to James for assessing me too! Taking my Level 2 Coaching Course is all part of the GHoF Bedfordshire project, and I'll be able to reveal more news about the initiative after the new year, including a launch date!

Apart from one full day's fishing on Pitsford a fortnight ago, our trips have been short afternoon sessions close to home. Interestingly, this Autumn we've found that Crayfish imitations and creature baits have been very successful for both Pike and Perch along our local rivers. The Berkley Rocket Craw and Berkley Crazy Legs Chigger Craws have been two of my favourite soft baits this year and we've had some enjoyable short afternoons fishing these Texas style on Owner Ultrahead Finesse Ball Weights. The biggest Perch we've caught was by my Dad - a chunky stripey weighing 3lb 4oz, falling for a Rocket Craw.

A couple of days after Dad caught this Perch, we had an afternoon exploring a lake we'd never lure fished before. Dad started jigging with a 2" Berkley Ripple Shad, intended for Perch, whilst I was using a heavier set-up targeting Pike. Within 20 minutes of arriving Dad hooked in to a good fish on his light Abu Veritas spinning rod, which gave him an exciting fight - it was a stunningly-marked Pike of 16lb 11oz, which took his 2" Ripple Shad! 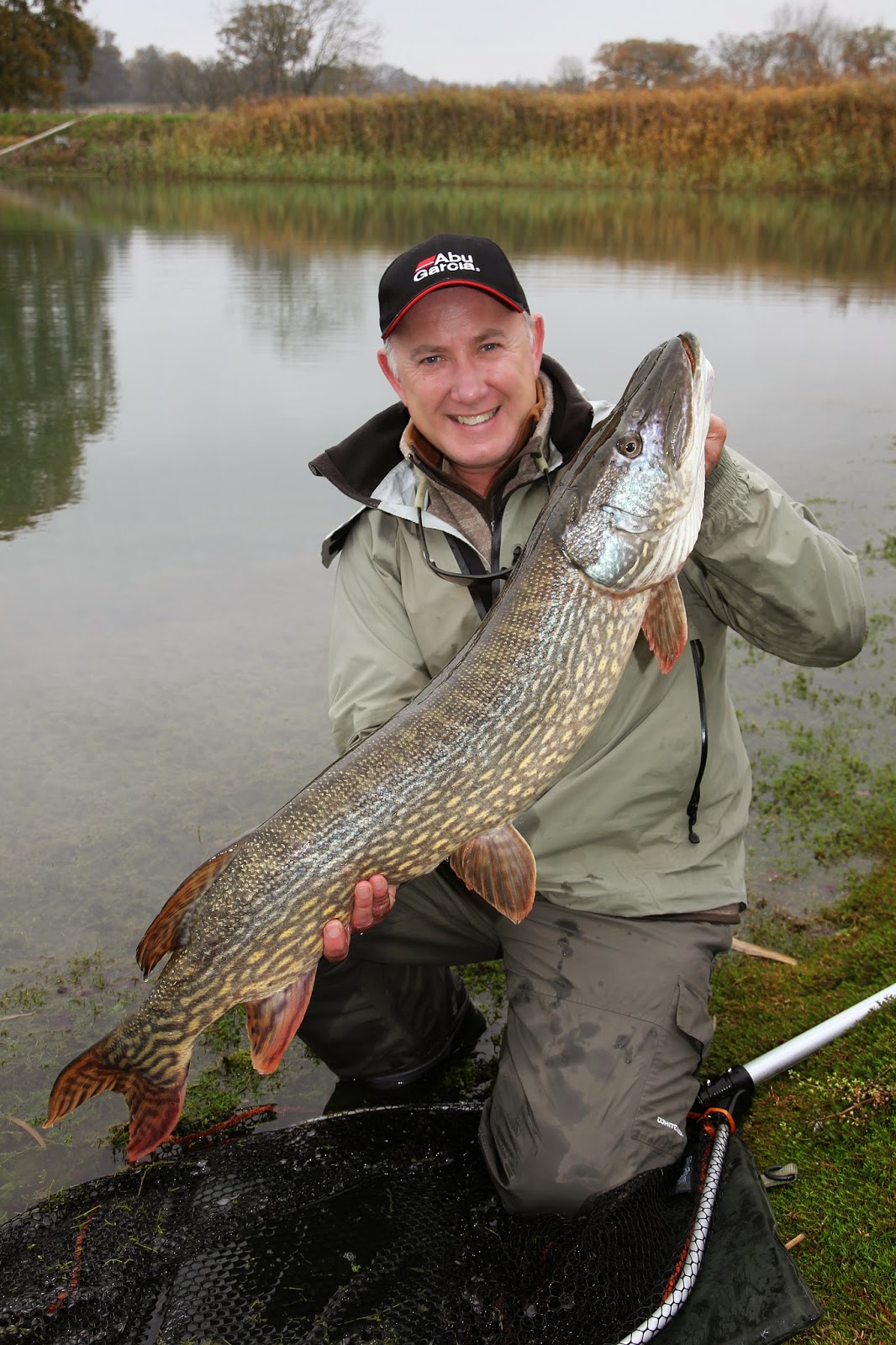 Shortly after, I also hooked in to a good Pike, but my run of losing fish continued - I'm guessing this fish was around 15lbs, and it came off right at the net! Apart from a small Rudd on a tiny curltail, that was all we caught, but I'm looking forward to going back and giving it another try!

Our only reservoir trip over the past fortnight was to Pitsford. Ken Brewster, Pure Fishing's Sales and Marketing Director, asked me if I could take him lure fishing for Perch, in the hope that he would catch a fish over 2lb. We'd had a trip to Grafham the previous week and caught lots of small Perch and Zander, but nothing big, so although we hadn't fished Pitsford for a couple of months, we decided to give it a try.

I fished with Ken whilst my Dad fished on his own in another boat. Throughout the morning we caught quite a few Pike on Berkley Ripple Shads and Sébile A.T Minnows, but no Perch. 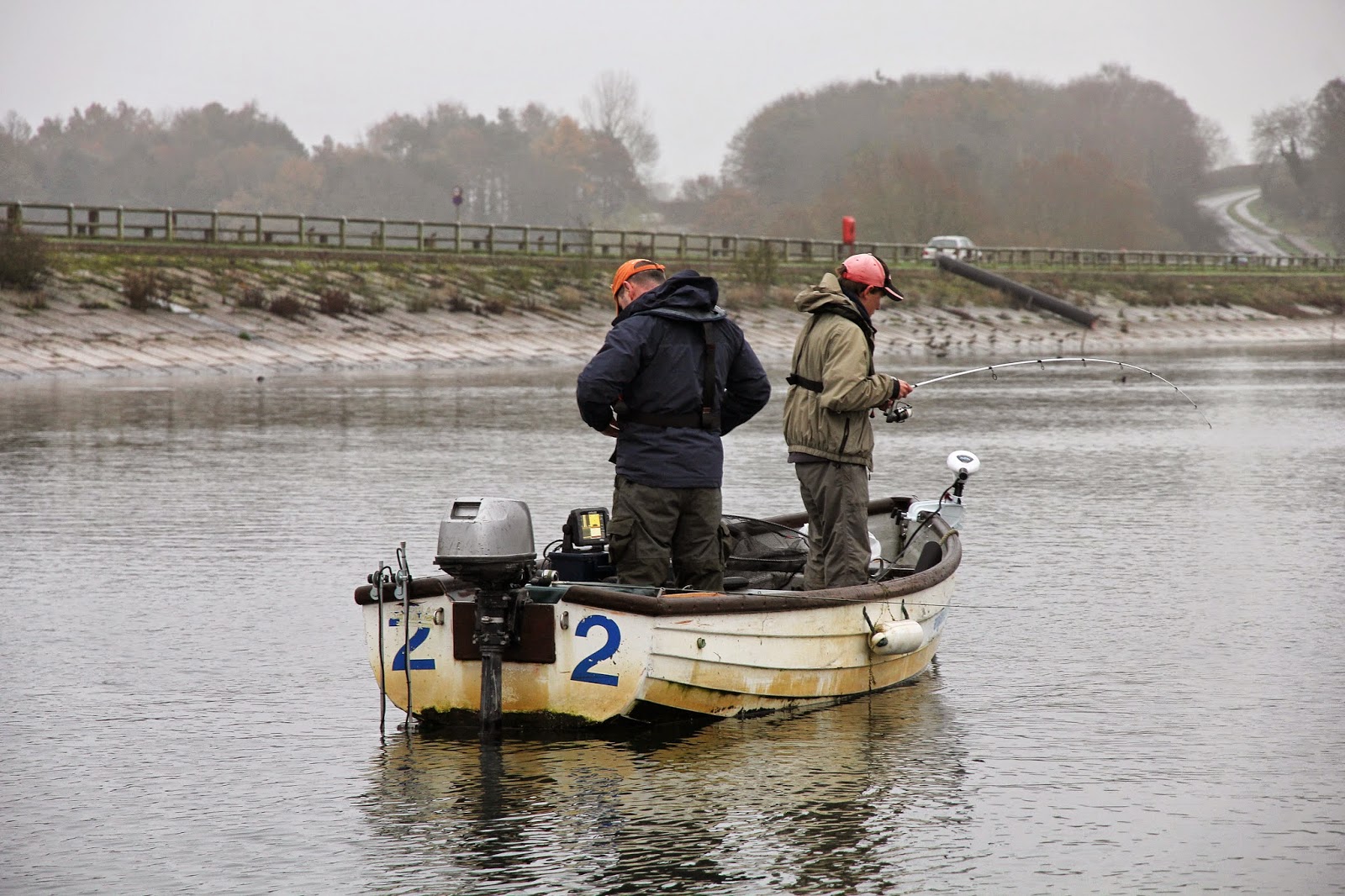 However, at around 11am we noticed Dad about 80 yards away playing what looked like a substantial fish, again on his light Abu Veritas spinning rod. The fish had swum in to a big weeded so not only was he playing the fish, but a huge blanket of weed too! He eventually netted the fish (and the weed!), and I think it was probably one of the fattest Pike I've ever seen, weighing 21lb 9oz! It took a jigged Sébile A.T Minnow in Coffee Cream. 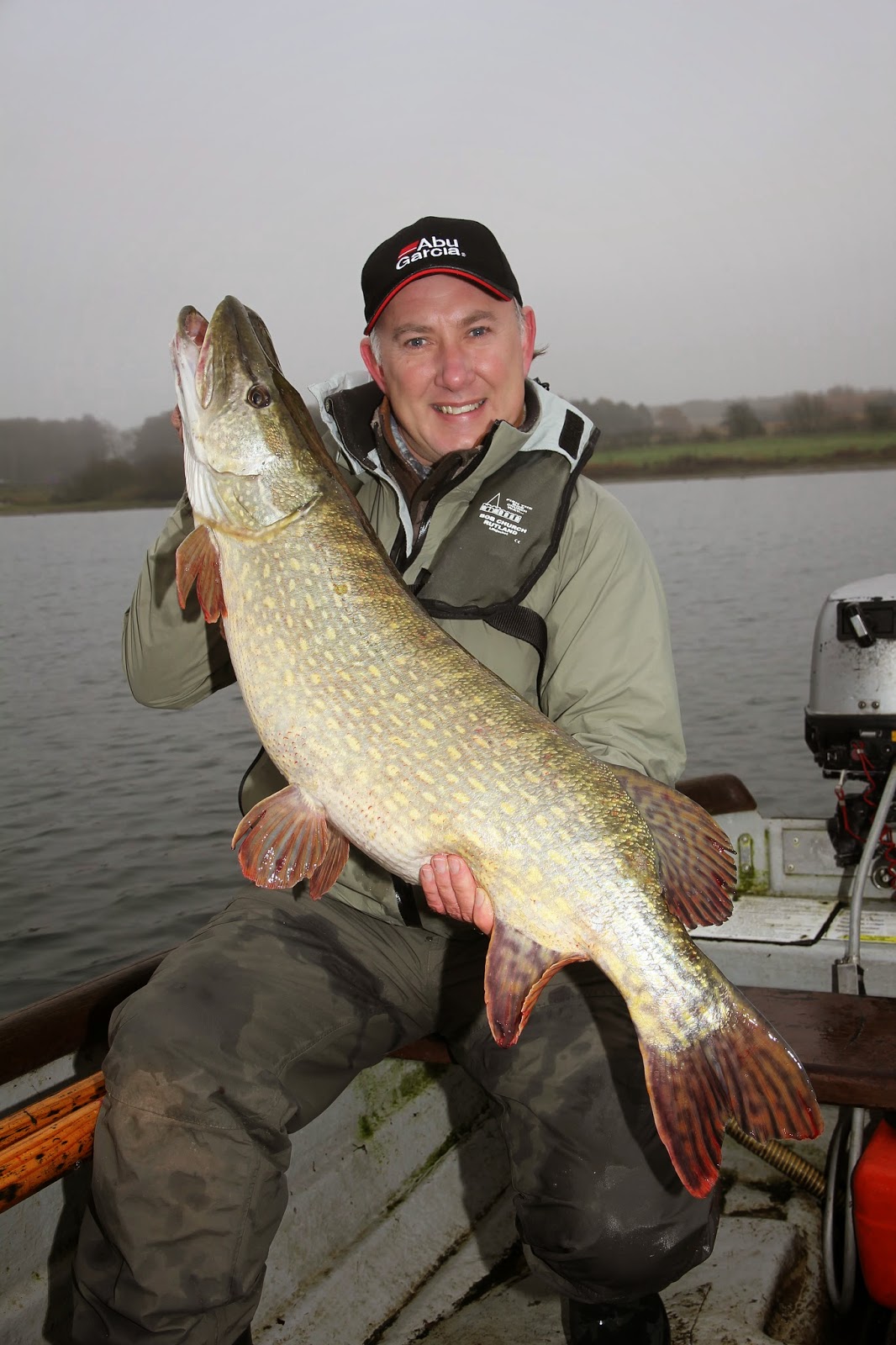 After releasing the Pike, we found a few smaller Perch and also caught a few more Pike, but the bigger Perch didn't switch on until the last hour or so. I landed a stripey of 2lb 15 1/2oz on a jigged Ripple Shad, then right at the end of the day, Ken caught a cracker of 3lb 8oz, again on a Ripple Shad, which smashed his previous P.B! 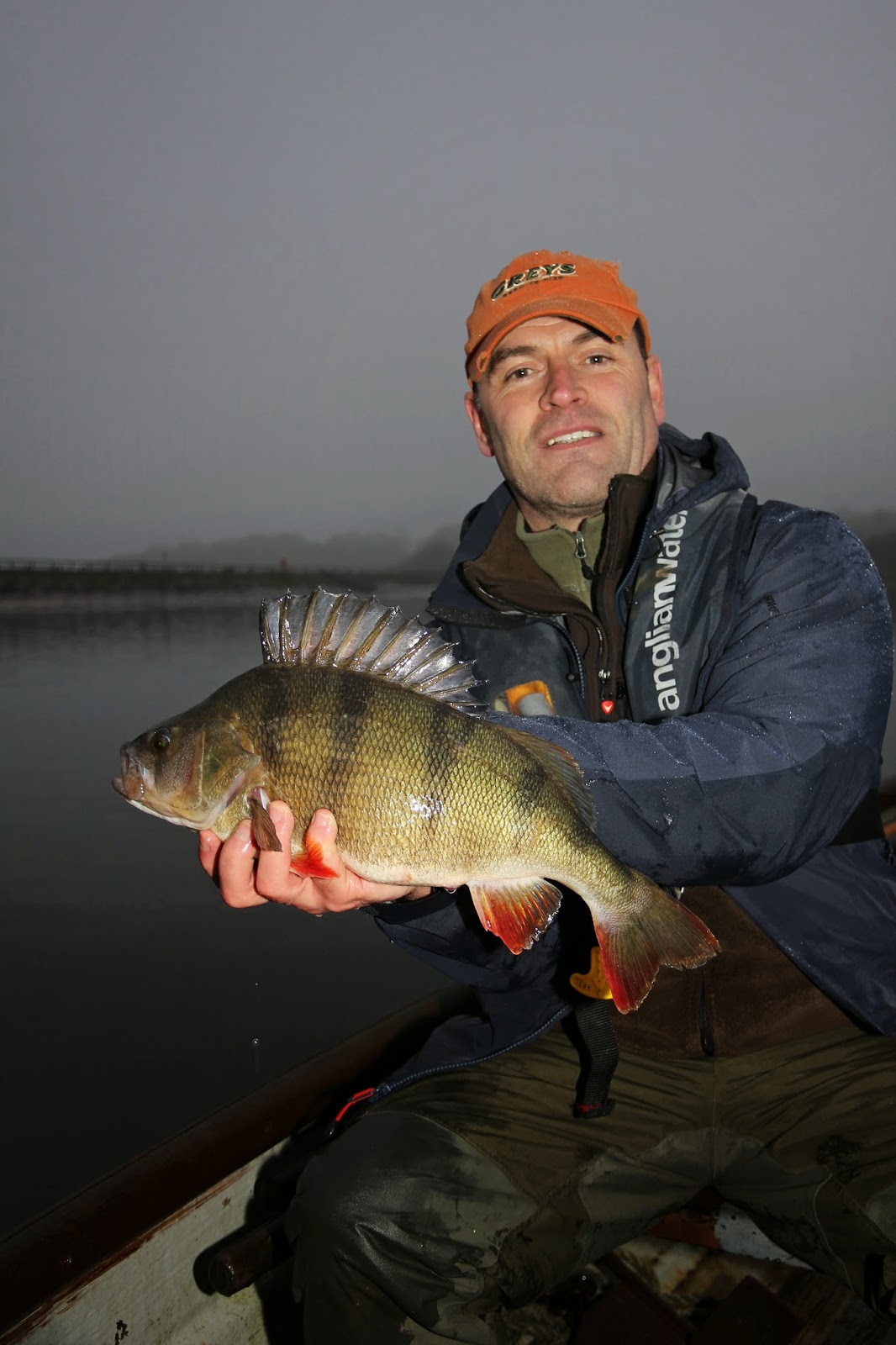 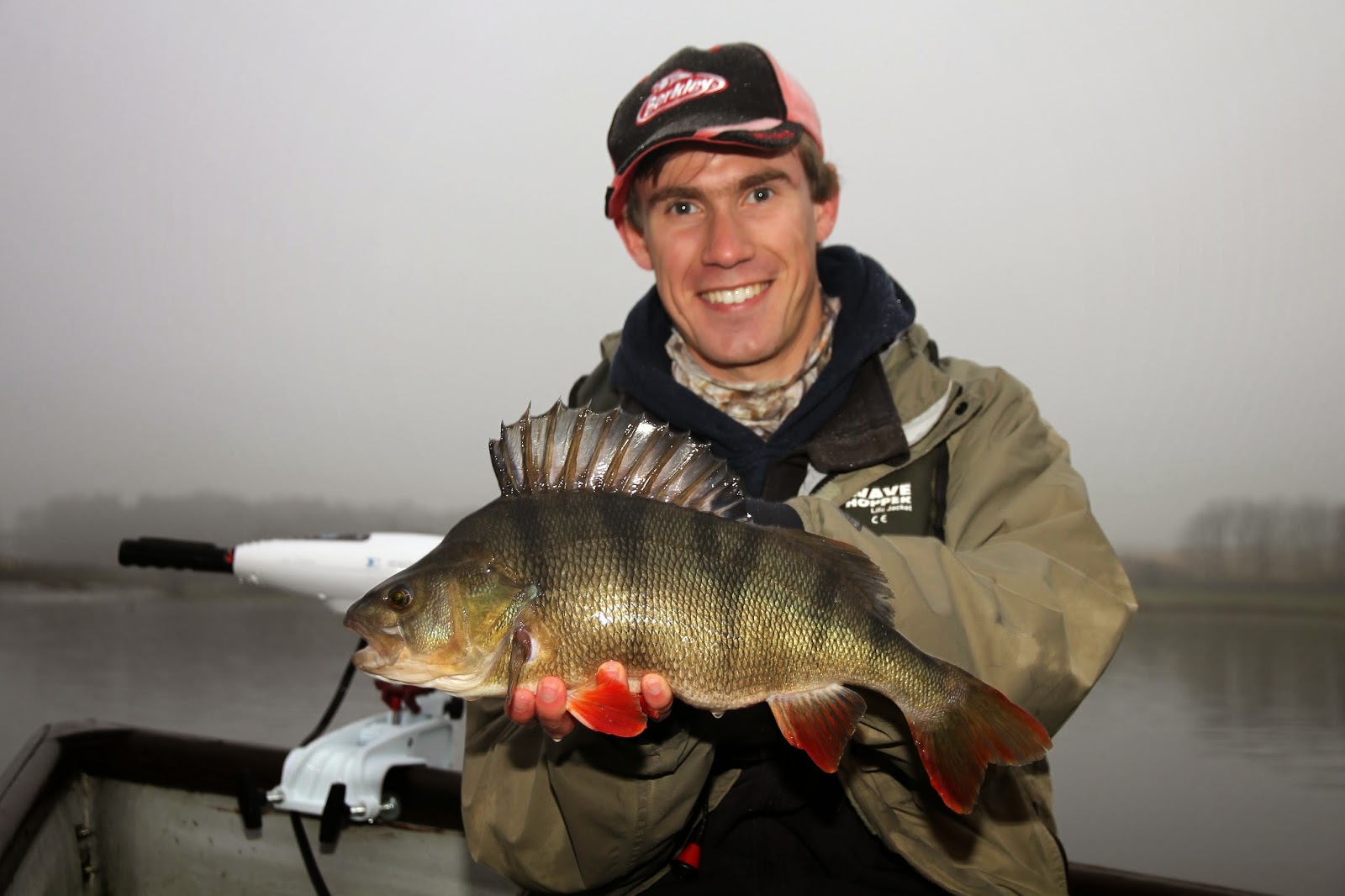 For my birthday a couple of weeks ago, I was very lucky to get a GoPro camera from my family, and earlier in the week I used it for the first time fishing a local river. During the afternoon, Dad and I limited ourselves to using only one soft bait, which has become one of our favourites over the past year - the Sébile A.T Minnow. It was fascinating filming bites, playing fish and getting underwater footage of the A.T Minnow. We caught lots of small Pike and Perch, then right at the end of the day Dad caught a Perch weighing 2lb 15oz. 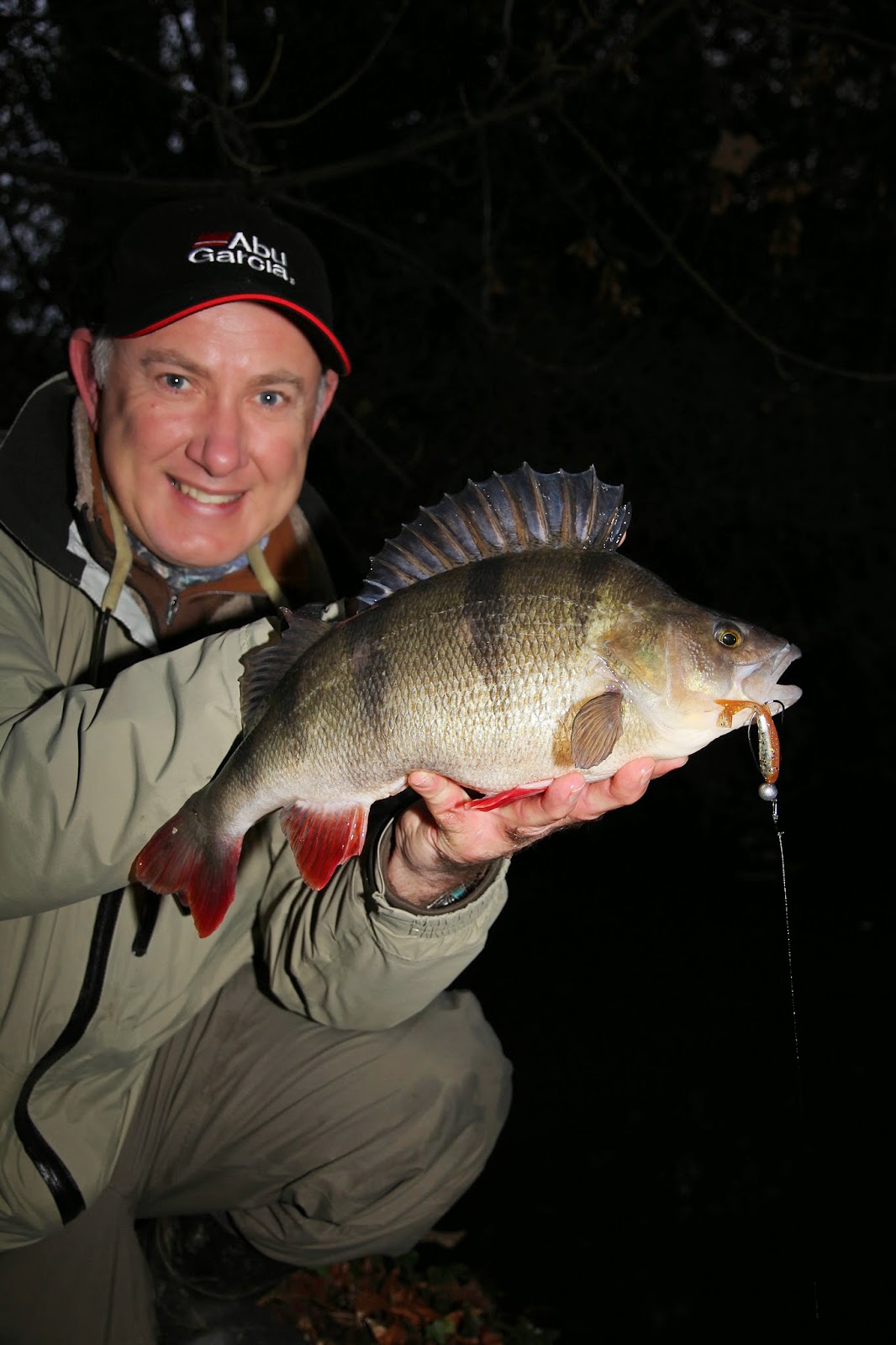 Not long after, I also caught an immaculate stripey of 3lb 2oz, however there was so little light and although we got it on film, the footage was too dark to use, as you could hardly make out the fish - it was just a black shape! At least we managed to get a photo! 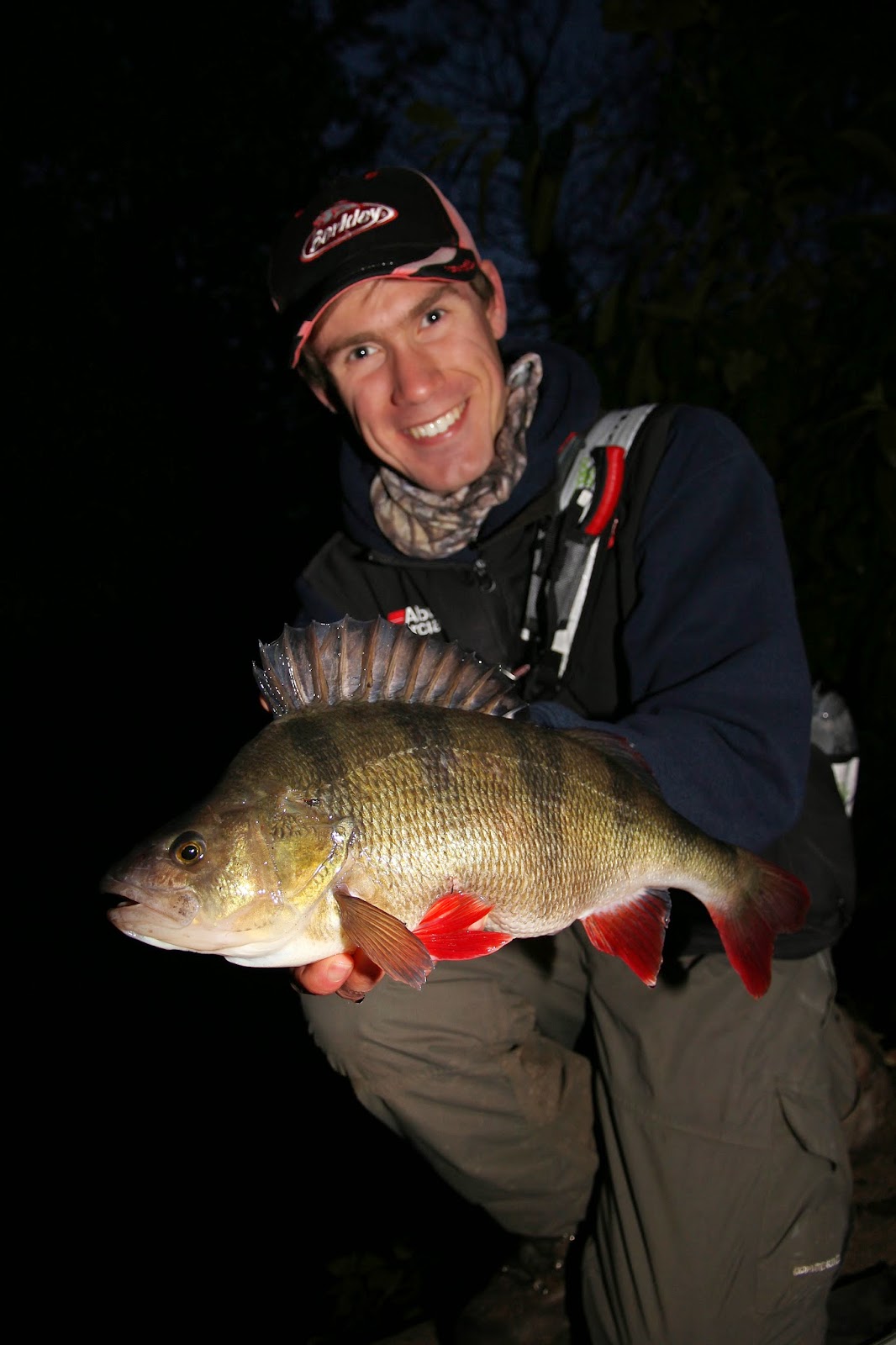 
2014 has been a big learning curve for me in many aspects, and I've enjoyed every minute of being involved with Get Hooked on Fishing, Pure Fishing, the Pitsford Pirates and the Team England Lure Squad. I hope you all have a great Christmas, and tight lines for the new year! 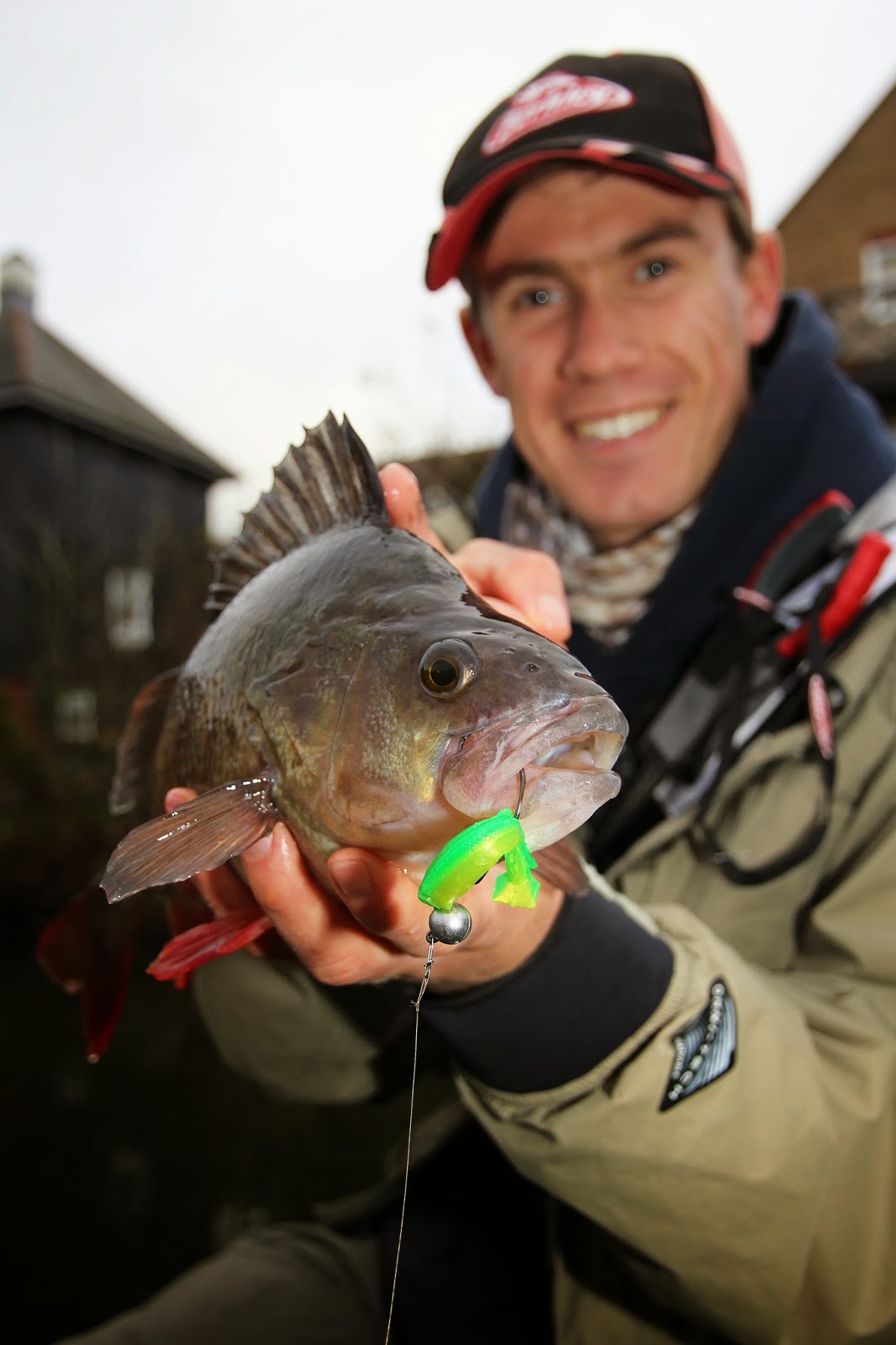