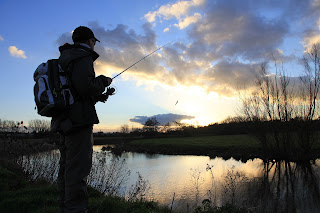 Thank goodness Sunday was the first day of Spring! We've had a strange winter, with temperatures up and down like a yo-yo, which I think has affected the fishing and our run-in to the end of the river season. The last six weeks of the season were the hardest my Dad and I have ever experienced targeting predators on rivers - thankfully we've caught a few nice fish this past month, but we were certainly made to work for them! 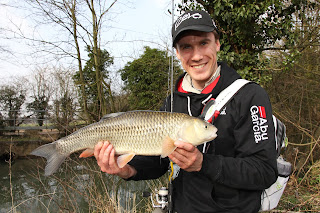 At the end of February, I had a call from James Robbins, Shakespeare's Brand Manager, asking if I'd like to fish the River Wye for a shoot advertising some new Shakespeare products coming out next year. With our local rivers fishing so hard, I jumped at the opportunity and a couple of days later I was gearing up for my first day targeting Pike and Perch on the Wye. The last time I'd fished the Wye was when I went Salmon fishing when I was 10 - my Dad and I were embarking on 'A Reel Challenge' - trying to catch as many species as we could over the course of 28 days, raising money for the charity, Children with Cancer UK. Unfortunately, we didn't catch a Salmon then, but I did catch a Flounder on a spinner! Hopefully, this time, we could catch our target species - Pike and Perch!

Unfortunately, overnight rain had caused the river to rise by about 3ft and turn to the colour of chocolate, but we fished hard in the slack marginal eddies and after an hour or so, something whacked my Powerbait Slim Shad right at my feet, and shortly after we had my first River Wye Pike in the net, not far off double figures! 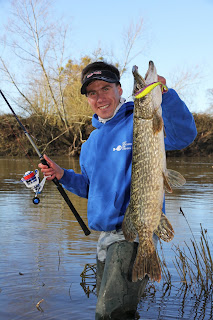 After another hour or so without any bites, James suggested we move upstream to Hereford, where hopefully the river would be clearer. Dad and I were amazed by the place - it's incredible how so many big fish of so many species get caught from one stretch! There were silverfish topping everywhere and sure enough, it was full of Perch too, which were suicidal for drop-shotted Floating Mice Tails and Twitchtail Minnows! It was a complete contrast to how our local rivers had been fishing for Perch!

James suggested we have another move right at the end of the day to another stretch downstream of Hereford for another attempt at a big River Wye Pike. Unfortunately we didn't have much time to cover the stretch, but Dad managed to bank his first Wye Pike, as well as a greedy Trout that took his chatterbait! 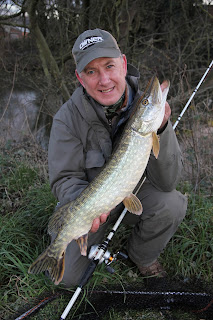 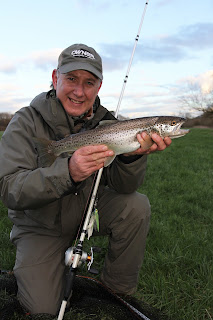 Dad and I really enjoyed fishing the Wye, and we're both already looking forward to hopefully spending some time fishing it next season.

It was then back to our local rivers for the last fortnight of the season, which, as I've already mentioned, were fishing really hard. We tried a number of different lure fishing tactics, but jigged or Texas rigged soft baits seemed to catch most of our fish. One particular soft bait saved us from a few blanks and has also caught most of our biggest Perch this year so far. The Berkley Havoc Sick Fish Jr., designed by Skeet Reese, has been brought over to the UK from the US for 2016, and we've been very impressed by both its unique action and fish-catching ability. The Havoc Pit Boss Jr. has also been very effective for Pike, Perch and Chub. 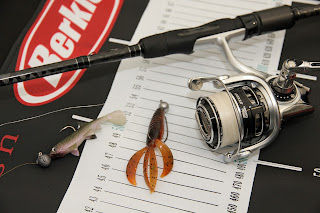 Not long after giving the Sick Fish Jr. a swim for the first time, we banked a few fish with it, including a 3lb 9oz Perch for my Dad. 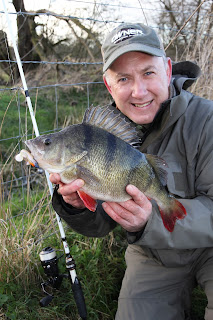 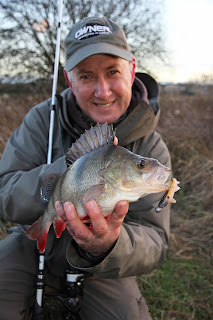 However, when we returned home from fishing after my Dad had caught his 3lb 9oz stripey, he unfortunately came down with the flu. A couple of days later, conditions looked good for a big Perch so I said to him that I was going fishing for the last couple of hours before dark. He said he still wasn't feeling too good and he wouldn't fish, but instead he'd have a wander along the river to get some fresh air and then sit in the car. About half an hour before dark he turned up and asked me how I was getting on. I told him I'd only caught a small jack and lost one too. He then asked if he could have a cast with my new Abu Garcia Villain rod and Revo STX 20 reel to see how it felt with a 10g jighead and the Sick Fish Jr., so I gave it to him. What a mistake that was! On his one and only cast, he hooked and landed a fantastic looking Perch weighing 3lb 13oz. I couldn't believe it! He even had the nerve to ask to borrow my cap for a photo, before wandering back to the car! 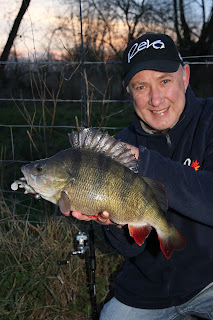 A couple of days later, Dad started to get a bit better and he manage to drum up enough energy to fish for a few hours with me. This time we fished another stretch of river, and out of the six fish we banked, he caught the only Perch, and amazingly, it was another, different Perch weighing 3lb 13oz, this time on a smelt coloured Ripple Shad! 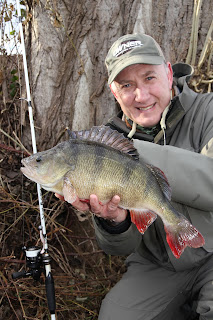 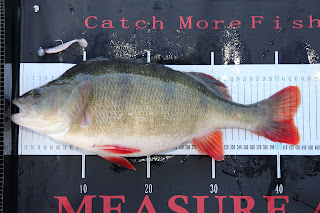 We all have bad patches and I certainly seemed to be on one - thankfully though, I did manage to catch a few nice fish before the season ended. 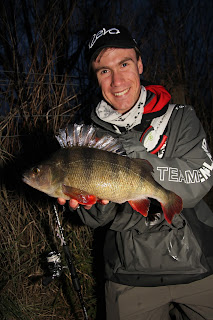 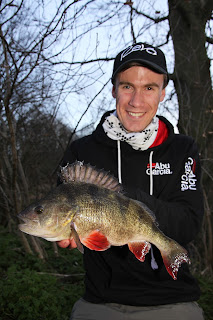 During the last week of the season, we did pick up a couple of nice Chub too on the Havoc Pit Boss Jr. 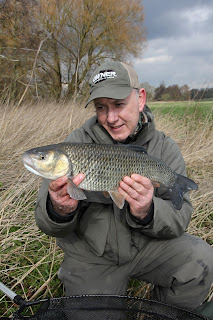 As always, the last weekend of the season came up really quickly, and we fished hard, covering around 10 miles of bankside along our local rivers on the last couple of days. I managed to bank a nice Chub, which took a Texas rigged twintail, and we also caught a good number of Pike and Perch. 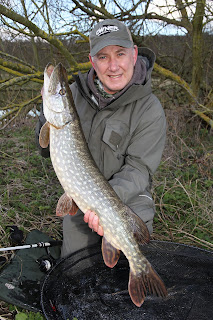 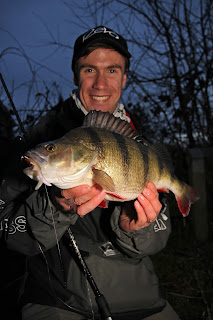 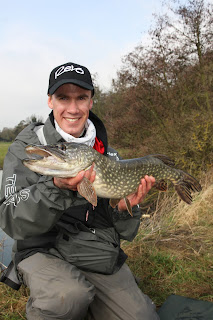 Our biggest fish of the weekend came on the last day, but it wasn't any of the species I've listed above. About 18 months ago I caught a Carp on a jigged Rocket Craw, and on the last day of the season this year, Dad managed to catch the same fish on a Smelt coloured Ripple Shad, about three quarters of a mile downstream from where I caught it! It weighed 18lb 1oz and was a lovely looking fish! 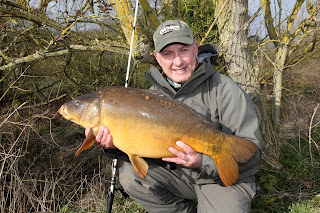 March is normally a very busy month for Get Hooked on Fishing - not only do we have the first Family Fishing days of the year coming up in the next few days (the first is taking place at Rib Valley this Saturday), but it's also a time when there are quite a few shows, such as The Big One, where the charity hold fishing-related activities at the 'Get Hooked on Fishing Funfair'. These include casting games, a fish fighting machine, tombola, and also the lure pool, where I'm normally based, showing people a variety of lure fishing techniques. I've been to the Glasgow Angling Centre Spring Open Weekend and The Big One recently and both have been very busy - it's fantastic to see so many people having a go! We're very lucky to have a great group of volunteers that, without their help, it would be very difficult to run these events, so a massive thank you to them! 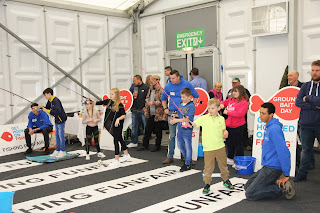 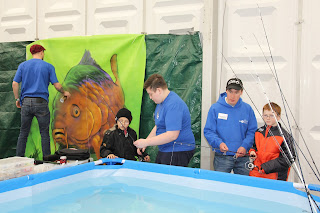 Whilst I was in Glasgow it was my Dad's birthday. Normally we fish together but unfortunately, it wasn't possible this time, but he did manage to get out for a few hours and catch a few nice 2lb+ Perch. 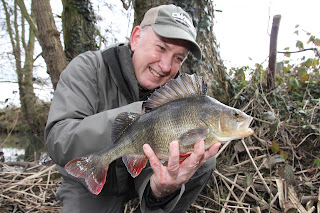 A couple of weeks ago we also had our first group session at our project at the Walthamstow Academy. I was a bit concerned what the weather would be like, but we were very lucky as it turned out to be one of the warmest days of the year so far. Although the fishing wasn't easy, and the smaller silverfish weren't showing, there were some very nice fish caught - the first fish of the day was the biggest Bream I've seen caught from the academy so far, and the sixth formers from Tottenham UTC also caught quite a few nice Tench, as well as a pretty looking Mirror Carp, to round off a very enjoyable day! 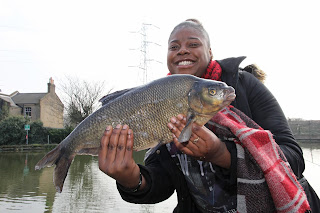 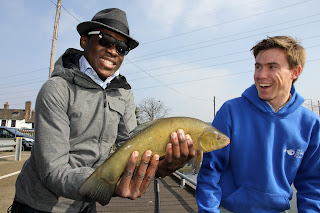 I've looked at the weather forecast and, unfortunately, it looks like we may not be so lucky with the weather for this weekend's Family Fishing day at Rib Valley, but I'm sure there will be a few nice fish caught! 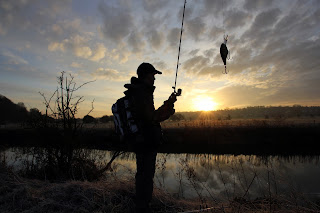