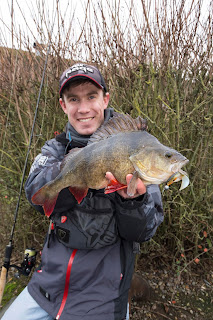 The 1st January 2020 was the first time I’d fished on New Years Day for a few years - the last time was in Sri Lanka fishing for Clown Knifefish! We weren’t even going to fish on our planned walk along a section of river we hadn’t fished for a few years, but right at the last minute we decided to take the rods for a walk too! The river looked in good condition, with a tinge of colour but not the horrible chocolatey brown we were to become used to up to the end of the season (more on that later). I decided to start with an 8cm Pro Grub, rigged on an offset jighead, as I wasn’t sure if the river had become snaggier since I last fished it, and within 20 minutes, taking the rods for a walk had paid off, as something slammed my Pro Grub. Heavy headshakes gave me a good feeling I’d hooked a big Perch, and it was - 3lb 12oz and 45cm! What a first fish of the year!

This was shortly followed by a jack Pike, and then after 15 minutes without another take, I decided to have a change of tactic. There are some lures that sit in my tackle boxes for quite a while before they get a swim, and sometimes, you just get the feeling that a lure you don’t use often (or have not used before) could be worth a try. Before New Years Day I’d only used the Salmo Slick Stick on a couple of occasions, but I felt it would be a good choice in this particular area if I fished it on a twitch and pause retrieve, given the water in front of me was about 7ft deep, and there was the odd baitfish topping. A few casts later that change paid off as I had another 3lb+ Perch in the net! 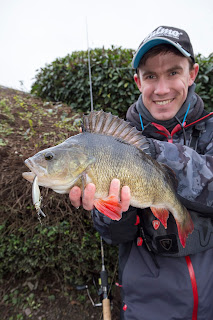 I've enjoyed fishing the Slick Stick since that trip, and on the following few outings it produced some more nice Perch and plenty of Pike, especially when fished in slack water where baitfish had been gathering. 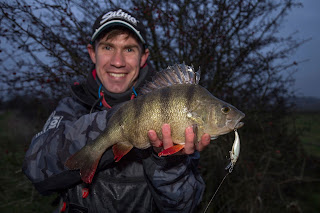 River conditions deteriorated as January progressed in to February due to the heavy and persistent rainfall, with just the occasional window of opportunity where, if I was lucky on the day I had off, there would be a few inches of visibility - so, we had to rely on other lures and techniques to keep the bites coming instead. The Rattlin Hornet has a wide wobble and loud rattle, and in the UV Orange colour it zings out even in muddy water. Banged along the bottom, the 4.5cm model produced bites even in the worst of conditions. 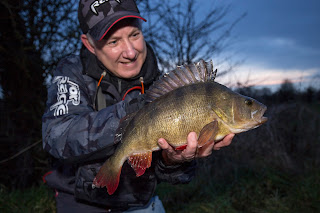 One of my favourite types of lures to fish in coloured water are creature baits, especially in white. Chub are a species that I’ve found are often obliging to a white creature bait fished when the rivers are coloured, and we caught a couple of nice fish on the Rage Critters fished Texas style over the winter period. 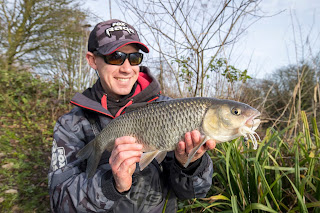 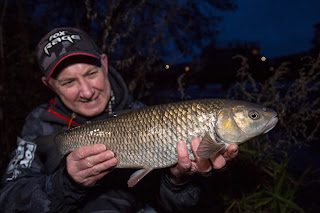 When the rivers were raging through I mostly concentrated on fishing any slack areas I could find, where fish were likely to be holding. With a Texas rigged creature bait, I could cast right in to bankside roots, overhanging bushes and trees, or close to the bank, where most of the slack areas were. It gave me the confidence of not snagging up quite as frequently as when using a normal jighead. On one particular trip I’d been testing a new creature bait on a river that, the day before, had flooded in to the fields, and had only just receded back in to its banks. Wandering along the slippery banks where the floodwater had been, and concentrating on fishing any slack areas we could find, I caught one of the best looking Perch I’ve landed this winter. It took the lure just six inches from my feet, in about a foot of water, proving that in coloured water conditions when a river is raging through, fish will find whatever slack water they can, no matter what the depth, and tuck themselves in close to the bank! 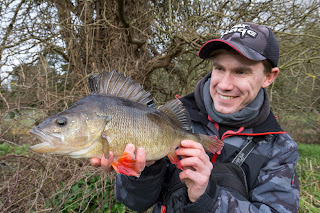 Shads such as the Zander Pro Shad and 7.5cm Replicant have also worked well, fished on a straight retrieve. 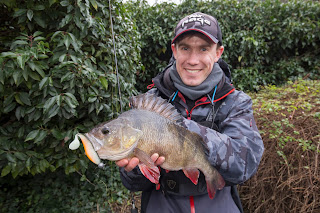 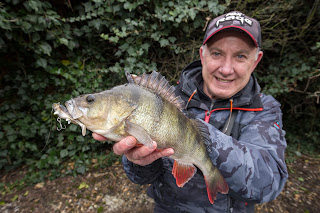 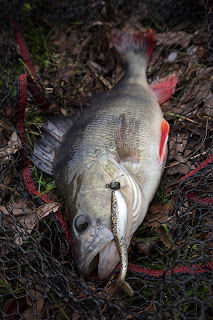 Whilst I stuck to using bigger lures to target Perch, Dad spent a bit more time scaling down and fishing with tiny softbaits. He’s written a blog post about it for the Fox Rage website, which you can read by clicking on this link. 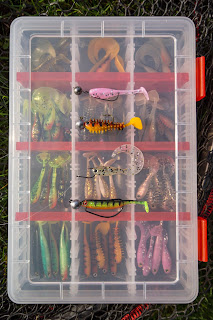 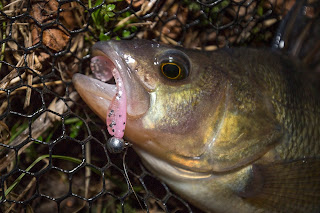 Although we’ve caught some nice Perch this winter, they’ve been particularly hard to come by. That’s not been helped by the less-than-ideal conditions, but it hasn’t stopped the Pike playing ball! They’re not really what we’ve been targeting, but they’re great fun on light lure outfits and provide welcome action through barren periods whilst hoping we can tempt a stripey to take one of our lures. 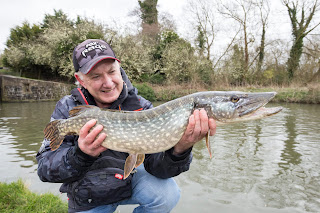 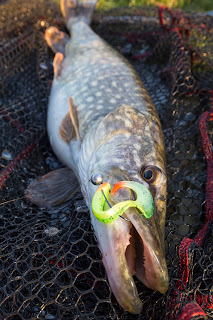 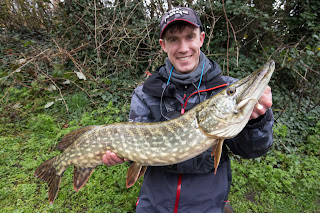 Last month I fished a canal for a video for Fox Rage, talking through some of the lures I use for targeting Pike on canals, which you can view here.


During the last week of the season, the rain eased up, which meant my local river conditions began to improve and look pretty good. It always seems that the conditions are at their very best as March 14th looms! We decided to spend most of our time targeting Chub, with the odd couple of hours just before dark after Perch. 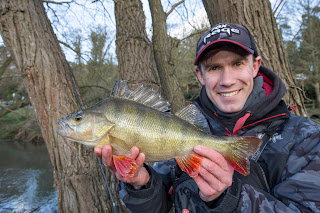 The Salmo Hornet had been an amazing crankbait for us throughout the course of the season, especially for Chub, and Dad and I both caught some immaculate fish on the penultimate day, which hit our lures like trains! 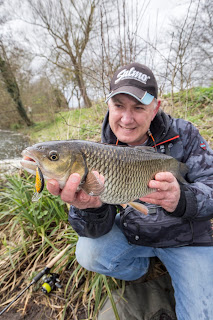 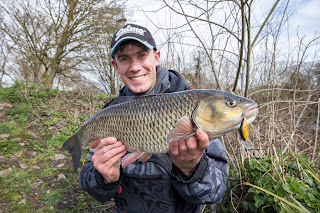 In one particular weir pool, I cast out and ended up with a wind knot. It was quite a bad knot so I had to cut the braid, losing around 20ft or so of line, which was frustrating. I hand-lined the old braid in, with my trace and lure still attached, to find a good Perch following my Hornet back! I paused the lure but unfortunately, the fish spooked and bolted off - how frustrating! It turned out to be my last encounter of the season with a Perch!

Whilst targeting the Chub, we caught a couple of stunning looking Brownies that beat the Chub to the lures... 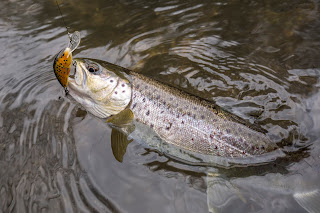 On the last day we were optimistic of some more Chub action, but until dark, all our action had come from jack Pike, with the exception of a very nice fish Dad caught on a straight retrieved Replicant. 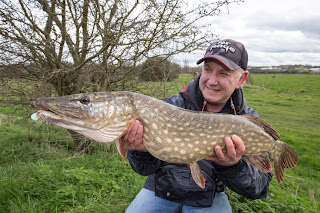 We continued fishing in to the dark, as this can be a good time to target the Chub. At 7.45pm Dad approached me and told me that a Chub had followed him in and he'd seen its big white lips turn away just as he was lifting the lure out of the water! He moved a few yards upstream and made another, longer cast past the swim the fish had followed him in from, hoping a change of angle might entice the fish in to taking. Moments later I heard some loud splashing from where he was fishing, and it turned out he'd hooked and landed the fish. It was caught on the very same 4cm Hornet that had caught so many Chub, from the start of the season right up until dark on March 14th. It seemed like a good fish to round up the season, so we decided to call it a day - or night! 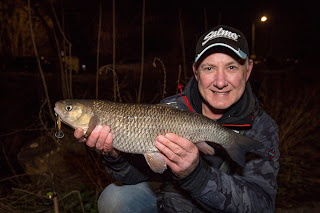 That was my last fishing trip, and I’m now staying at home, listening to the government’s advice and putting the health and safety of our families, friends and the general public first. It gives me a chance to catch up and clean and organise fishing equipment, so when the restrictions are lifted it'll be a fresh start, and I'll be about as prepared as I can be, and absolutely raring to get back out on the bank or boat! Stay safe and well - hopefully we’ll all be fishing again soon! 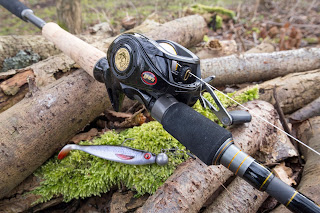